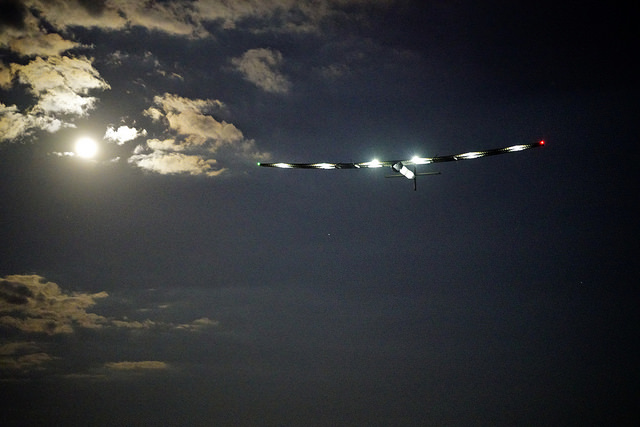 New York City, 20 June 2016 – Solar Impulse 2 (Si2) took off early this morning from Kennedy Airport, New York, to attempt the crossing of the Atlantic Ocean and prove that an efficient energy future is possible. Si2, the solar airplane of Bertrand Piccard and André Borschberg, capable of flying day and night with no fuel, is expected to land at the Seville Airport in Spain on 23 June. The flight, that should take four days and four nights non-stop depending on weather conditions, is one of the most challenging legs of the Round-The-World Solar Flight, the goal of which is to show that the world can be run on clean technologies.

Bertrand Piccard took off this morning from New York at the controls of Si2 at 2:30am EDT (UTC-4) to attempt the first electric, solar and emission-free transatlantic flight. Currently in the single-seater zero-fuel aircraft he is heading to Europe where he is expected to land in Seville on 23 June after a flight of four consecutive days and nights. The parallels with The Spirit of St. Louis solo flight across the Atlantic Ocean are striking, but while Lindbergh’s achievement sparked people’s interest in aviation, Solar Impulse aims to inspire adoption of clean technologies as way to improve the quality of life on Earth.

“André and the team have created more than a revolutionary airplane; they materialized my vision for the future of energy,” said Bertrand Piccard, Initiator and Chairman of Solar Impulse, currently at the controls of Si2. “Lindbergh’s transatlantic flight marked a new area in aviation and contributed to the progress of air transport on a large scale. With Solar Impulse, our aim is to encourage the deployment of clean technologies everywhere. If an airplane can fly day and night without fuel, everybody could use these same efficient solutions in their daily lives.”

Last year, André Borschberg landed Si2 in Hawaii after a record breaking flight of five days and nights over the Pacific Ocean, thereby proving that Solar Impulse can fly perpetually. Today, Bertrand Piccard is taking the mission one step further. For years, transatlantic flights have been the testing ground for airplanes, gliders, balloons, steamboats and even windsurfs – a rite of passage confirming their maturity and usability. However, Solar Impulse is not only a means of transportation; it is an entire vision for the future of energy that is being proven over the Atlantic Ocean. More than an aviation first, this flight is a first in the history of renewable energy.

“With this flight over the Atlantic, we are further demonstrating Bertrand’s vision that clean technologies work and can be applied everywhere. We can now make our world more energy efficient. It’s not a question of technology anymore, it’s only a question of mindset: Solar Impulse is like a flying smart grid, and if we can make it work in an airplane, where we can’t cheat, we can make it work on the ground, in our cities, for our homes and for all applications,” commented André Borschberg, CEO, Co-Founder and Pilot of Solar Impulse.

Thanks to the Port Authority of New York & New Jersey which provided a hangar for the airplane, Solar Impulse was able to welcome key stakeholders such as UN Secretary General Ban Ki-moon, as well as Partners who hosted a series of events for their employees, clients and customers, during more than a week in New York. In addition, the Swiss Consulate, the New York Department of Education and the United Nations Environment Programme jointly welcomed more than 500 children to visit the airplane and meet the pilots.  Lastly, the team received valuable support from the Federal Aviation Administration, not only for the Statue of Liberty flyby, but also for all the mission flights across the United States.

“Action need not wait. As we see before us, innovation and experimentation will help us move into a sustainable future. The science used in this flight can also be put to use here on the ground. The plane’s technologies can help halve the world’s energy consumption, save natural resources and improve our quality of life,” said UN Secretary General Ban Ki-moon during his visit to the project.

After landing in Europe, the mission will continue onward to Abu Dhabi in the United Arab Emirates where the adventure started in March 2015. By flying around the globe propelled solely by the energy of the sun, Bertrand Piccard and André Borschberg are making history with clean technologies. Through innovation and pioneering spirit, their adventure proves that change is possible and that there is good reason to hope for a clean energy future. Solar Impulse’s solutions can already be used, not only in the air, but also on the ground, and have the potential to change lives, societies and future markets in an unprecedented way. 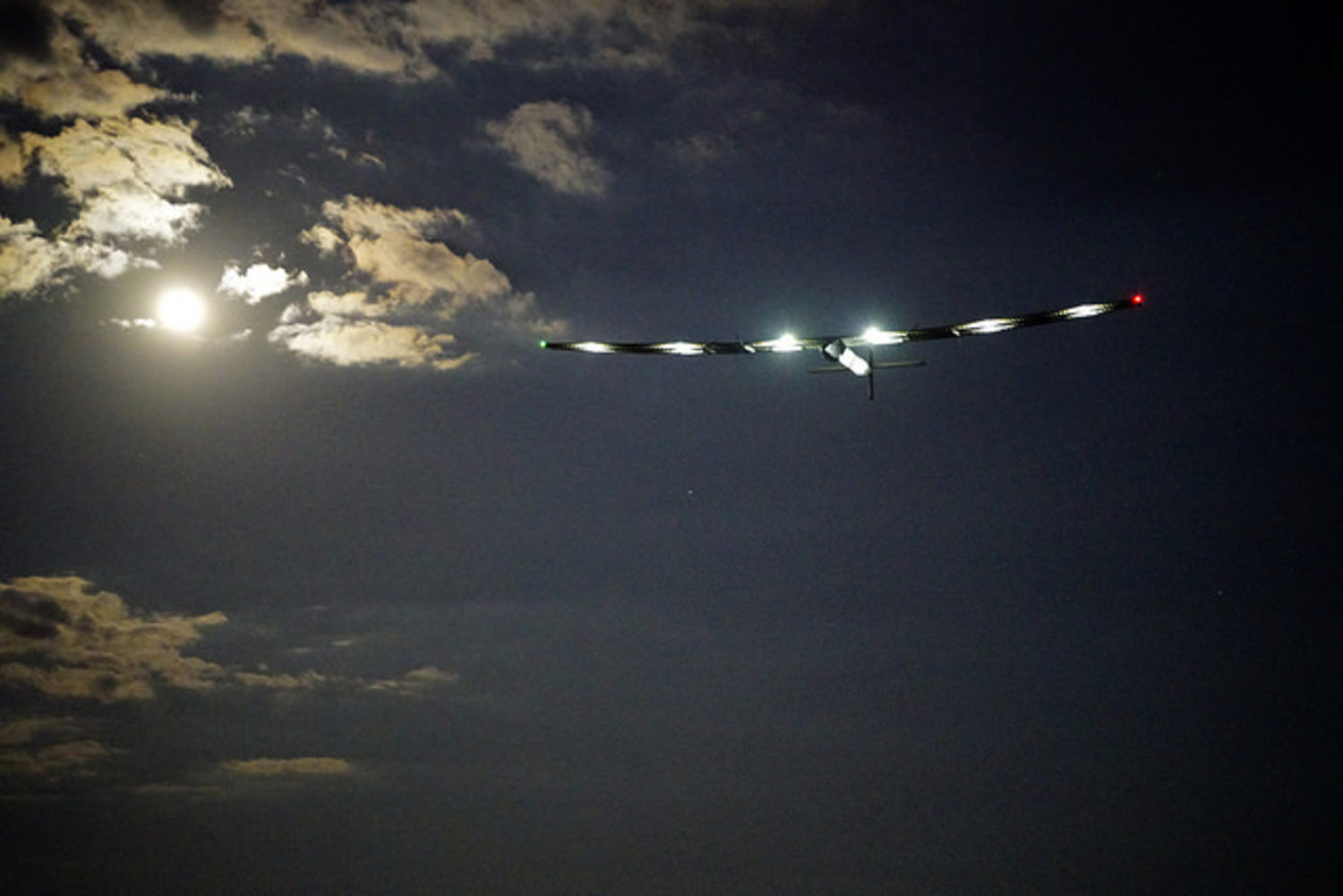 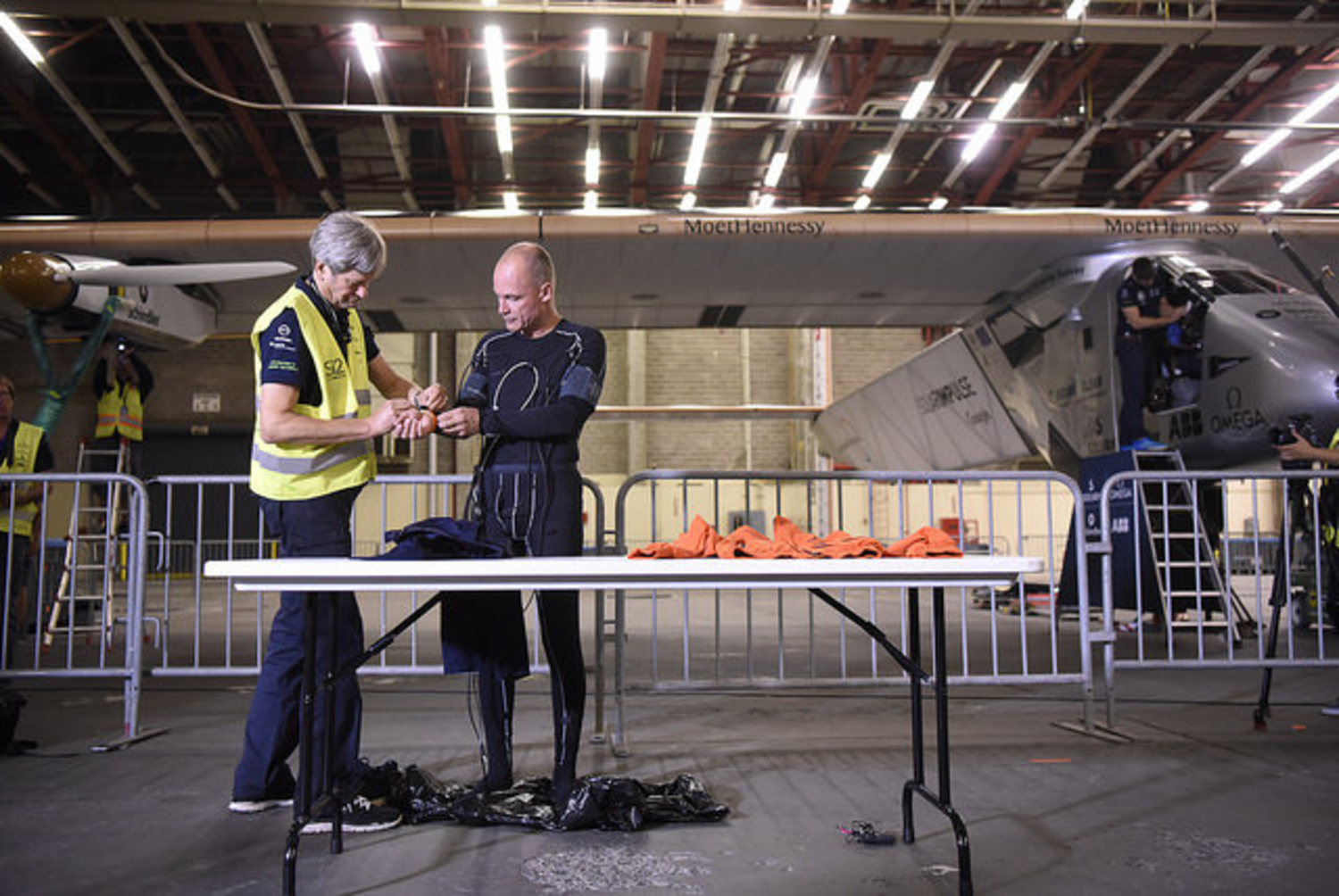 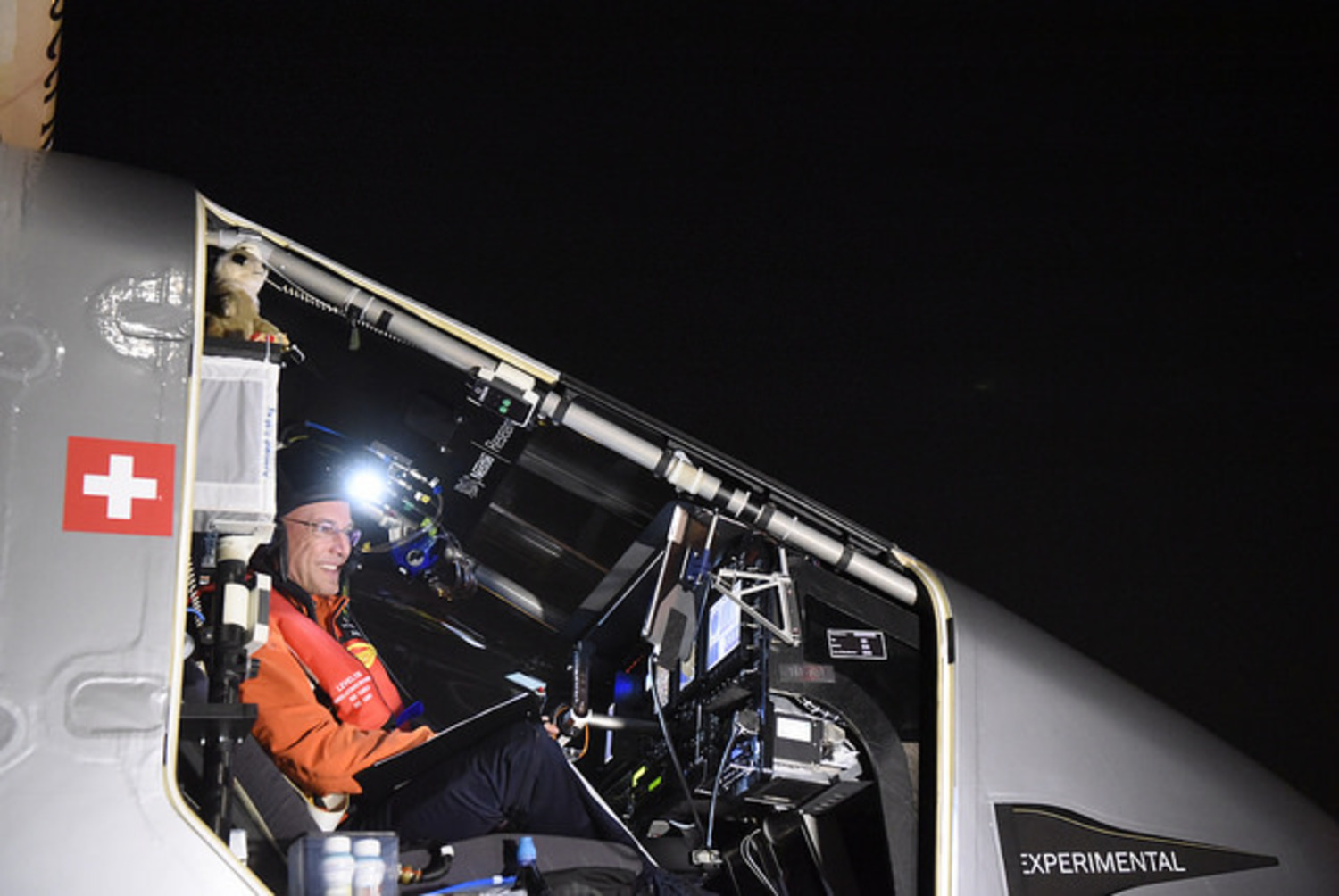