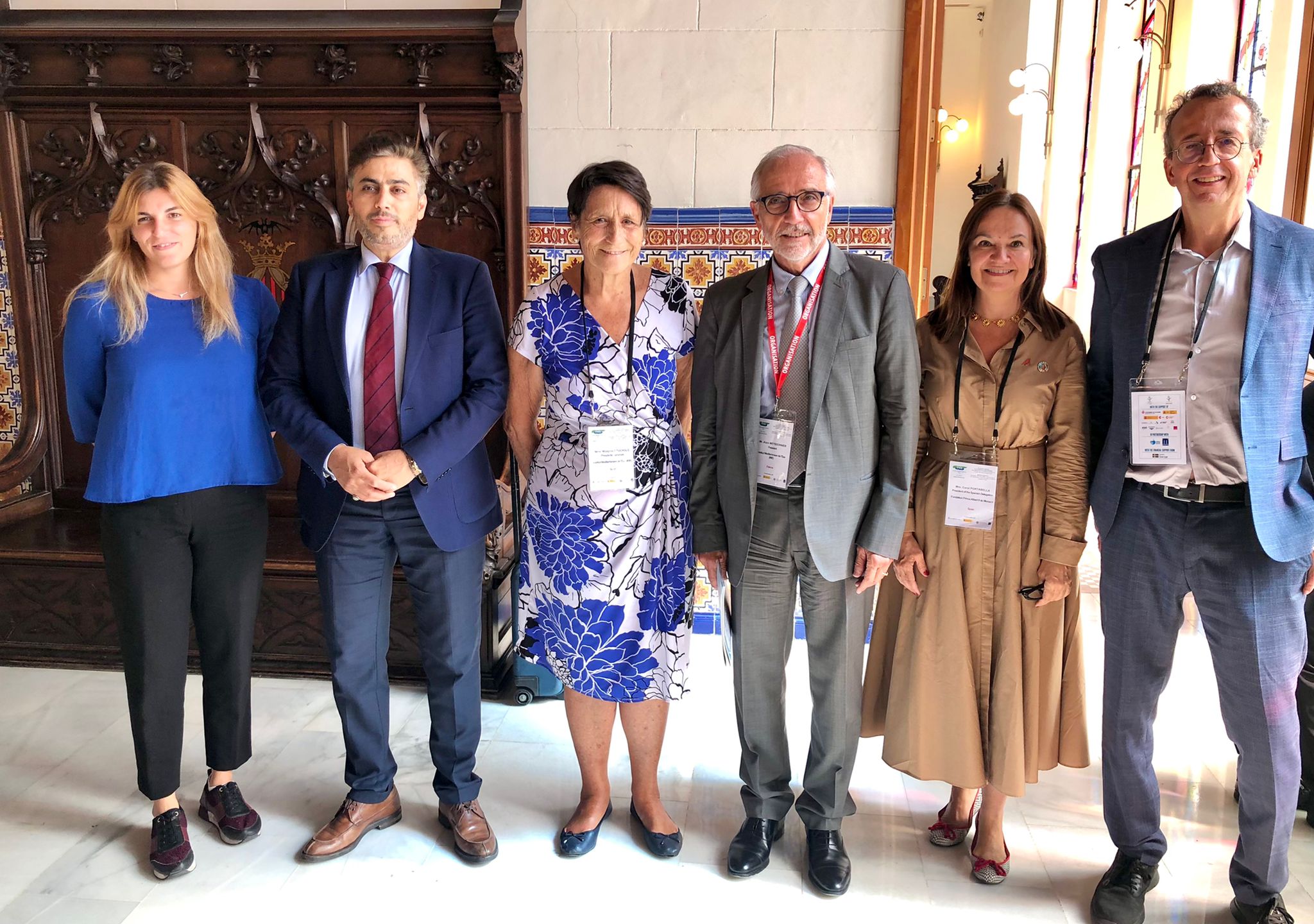 40th anniversary of the Mediterranean Water Institute and Regional Symposium "Our Mediterranean: water challenges and regional priorities for 2050

The Prince Albert II of Monaco Foundation, represented by Philippe Mondielli, Scientific Director, Léa Glâtre, Projects Officer, and Carol Portabella, President of the Spanish branch, took part in the 40th anniversary of the Mediterranean Water Institute (IME) and the regional symposium "Our Mediterranean: water challenges and regional priorities for 2050", which was held on 19 and 20 September at the headquarters of the Júcar Hydrographic Confederation, with the support of the Valencia City Council.

The opening ceremony was accompanied by a speech by Teresa Ribera, Third Vice-President and Minister of Ecological Transition, and a message from HSH Prince Albert II of Monaco in which he shared the commitment and actions of His Foundation to the preservation of the Mediterranean. The event saw the participation of various personalities linked to regional and global cooperation in the sector, including Mr. Alain Meyssonnier, President of the IME, Mr. Almotaz Abadi, Deputy Secretary General of the Union for the Mediterranean in charge of Water, Environment and Blue Economy, and Mr. Teodoro Estrela, Director General for Water of the Ministry of Ecological Transition and Demographic Challenge, among others.

The conference brought together the main actors of the Mediterranean basin, such as ministerial bodies, local and territorial authorities, public and private stakeholders and companies, for the purpose of sharing experiences, reflecting together on the major challenges of the Mediterranean as well as on the priorities for the coming years, and facilitating the implementation of collaborative initiatives to address these challenges.

Milagros Couchoud, Honorary President of the IME and member of the Scientific and Technical Committee of the Prince Albert II of Monaco Foundation, spoke on the following topics: "Global Observatory of Non-Conventional Water Resources and Associated Renewable Energies" and "Supply and Demand Perspectives to 2050".