The 6th edition of the Prince Albert II of Monaco Foundation Award Ceremony was held on 30th  September  2013 at the Grimaldi Forum in Monaco, before a panel of international personalities. During the evening event, the awardees were given recognition for their exemplary action in support of the environment and sustainable development, in each of the Foundation's three priority fields of activity: preservation of biodiversity; climate change; and access to water and the fight against desertification.

Let us recall the message of H.S.H. Prince Albert II of Monaco: «Commitment to the environment lies between two timeframes. We need to respond to the urgency, but we also need to look further ahead. We need to try not only to bridge the gaps, but to understand the slow mechanisms of nature and respect its rhythm and thus avoid repeating the mistakes of the present. This is precisely what the three award winners do.»

The "Biodiversity Award" was presented to the Scientific Committee on Antarctic Research (United Kingdom) represented by the President of SCAR.

"As we have become aware of the importance of climate change and its impact, evidence of the key role of the Polar Regions has accumulated. This is why we welcome the fact that these regions are one of the three priority focus areas of the Foundation, whom we would like to thank. {..} Thanks to the Antarctic Treaty, this territory has become a symbol of peace, international cooperation, scientific research and environmental protection. »

The "Water Award" was presented to John Antony Allan (United Kingdom), an expert in the analysis of water resources in semi-arid regions and director of the London Water Research Group at King's College London and School of Oriental and Africans Studies (SOAS). He has received numerous awards including the Stockholm Water Prize in 2008 and the Environmentalist Award in 2013.

"Over twenty years ago I spotted that our water security is very closely related to our food security. If we can trade food we can be both food and water secure. {..} consumers - all of us - must play our part by eating sensibly. {..} we need to look beyond water science and water economics to understand water security."

The "Climate Change Award", was presented to Jane Lubchenco (USA), an environmental scientist and marine biologist.  She is currently the Director of the National Oceanic and Atmospheric Administration (NOAA), the main agency for climate, oceans and atmosphere in the United States.  Her work has received many awards and honours, including the MacArthur genius fellowship, 19 honorary doctorates, the Heinz Award for the Environment, the Blue Planet Prize and the BBVA Foundation Frontiers of Knowledge Award in ecology and conservation biology. In 2010, she was named "Newsmaker of the Year" by the international scientific journal Nature.

"We now know that climate change is not something that will happen only decades and centuries in the future, it is happening now.  We now know that climate change affects not only faraway places like the Arctic, but is happening in our own backyards.  {…} Oceans are now over 30% more acidic than they were 150 years ago {..} When oceans absorb carbon dioxide, they become more acidic.  Ocean acidification provides yet another compelling reason for the world to reduce carbon emissions as rapidly as possible."

One of the main highlights of the 2013 award ceremony was the première of Luc Jacquet's (Oscar for the best documentary "The March of the Penguins" in 2006) new masterpiece entitled: Once upon a forest.

Once Upon a Forest, produced by Bonne Pioche and distributed by Disney, will be released in cinemas on 13th November 2013.

Following the screening of the film "Once Upon a Forest", the Prince Albert II of Monaco Foundation presented two special awards to:

A French filmmaker, Luc Jacquet is passionate about the animal kingdom. In the early 2000s, he thought about making his first feature-length film, which resulted in the triumphant March of the Penguins in 2005. Over 1.8 million French spectators were moved by the survival of the emperor penguin on the most inhospitable lands on Earth. In 2006, the director received the supreme accolade with an Oscar for the best documentary, becoming one of the best known French films in the United States.

A botanist and biologist, Francis Hallé is specialised in tree architecture and the ecology of the tropical rainforests. An outstanding professor and researcher, he led the Radeau des Comes scientific missions from 1986 to 2003. He has written several books including "In Praise of Plants", "Advocacy for the Tree" and "The Tropical Condition". Far from a technocratic speech, Francis Hallé knows how to get his audience interested in tree science, floral structures and even the architecture of vascular plants.

This event concluded with the awarding of a grant to thirteen PhD students selected for the quality of their work in the field of climate change. The Prince Albert II Foundation has assigned itself the mission of promoting and encouraging outstanding initiatives and innovative solutions, notably by awarding prizes and grants

15th Board of Directors’ Meeting

On the same day, H.S.H. the Sovereign Prince presided over the 15th meeting of his Foundation’s Board of Directors.

This meeting enabled the Board to examine the state of progress of projects supported by the Foundation, to approve the 2014 estimated budget and to look at thirty or so new projects that may be launched thanks to funding from the Foundation.

For many years, Luc Jacquet has been showing nature and the animal world, captivating his audience with unique and fascinating stories. In 2010, following the success of The March of the Penguins, he created Wild-Touch, a non-profit making association.

Wild-Touch took artists-in-residence to the heart of the rainforest to the shooting location of Once upon a Forest.  Photographers Sarah del Ben, Vincent Munier and Micheline Pelletier travelled to Peru and Gabon where they gave free rein to their sensitivity and recounted what the rainforest inspired in them.

Opened on 30th September by H.S.H. Prince Albert II of Monaco, the exhibition "Il était une forêt, regards d'artistes" (Once Upon a Forest, artists' impressions) will be held at the Galerie des Pêcheurs until 31st October 2013.

The opening of the exhibition also provided the opportunity for the signing of a partnership between the Foundation and Pierre Marcolini, master chocolate maker.

After opening thirty or so shops across the globe, the famous Belgian chocolate maker, Pierre Marcolini decided to open his new shop in the Principality last December.

A meeting between the master chocolate maker and H.S.H. Prince Albert II of Monaco gave rise to an initiative aimed at helping to preserve the ecosystems and to combat massive deforestation. Industrial production creates an imbalance in the environment with the intense planting of hybrid cacao trees which produce four times more cocoa pods in only two years compared to eight for ancestral trees.

"My outlet in Monaco is an encounter between the cocoa beans that I meticulously select all over the world and the magnificent products of the Mediterranean such as lemons from Menton, honey from Haute Provence, Mediterranean almonds, violets from Vence and hazelnuts from Piedmont."  Pierre Marcolini

The chocolates created by Pierre Marcolini are from a sector that rejects this approach focused on productivity. The partnership between the Prince Albert II of Monaco Foundation will strengthen the attention paid to nature and more particularly the forests.

On Sunday 29th September, the Foundation, in partnership with the BLUE Ocean Film Festival and the Oceanographic Museum of Monaco, organised the screening of environmental films followed by a round table with a panel of experts.

Fully committed to ocean conservation and in synergy with the mission of the Prince Albert II of Monaco Foundation and the Oceanographic Museum of Monaco, the BLUE Ocean Film Festival, which until now has been held exclusively in the United States, has chosen to schedule one edition in the Principality every two years in order to bring together leading names from the marine world and offer the general public a selection of the best international films which promote the oceans.

The Blue Ocean Film Festival brings together scientists, filmmakers, associations, athletes, celebrities, as well as conservationists and players involved in ocean preservation, around a selection of the world's best films turning the spotlight on the oceans. 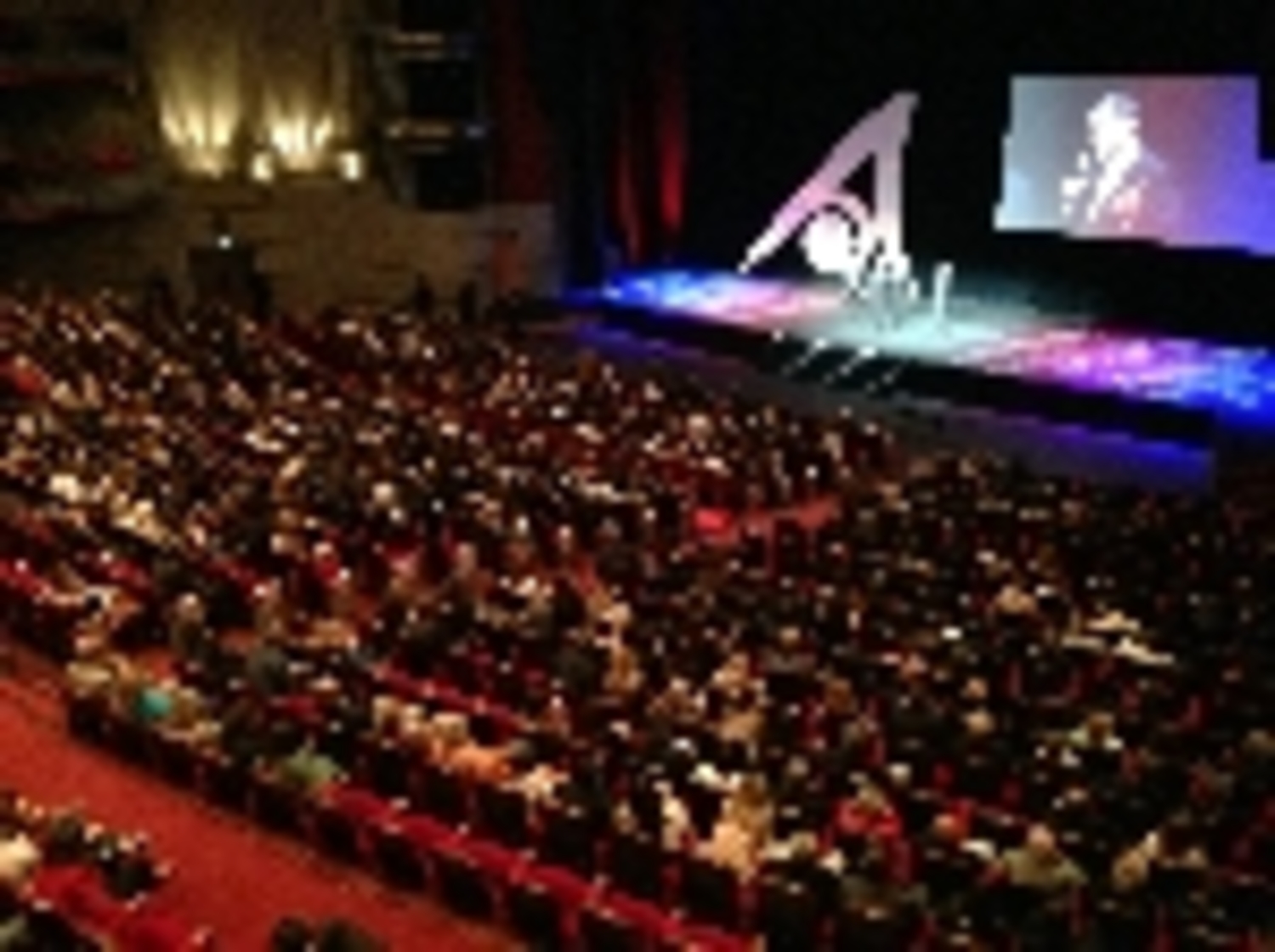