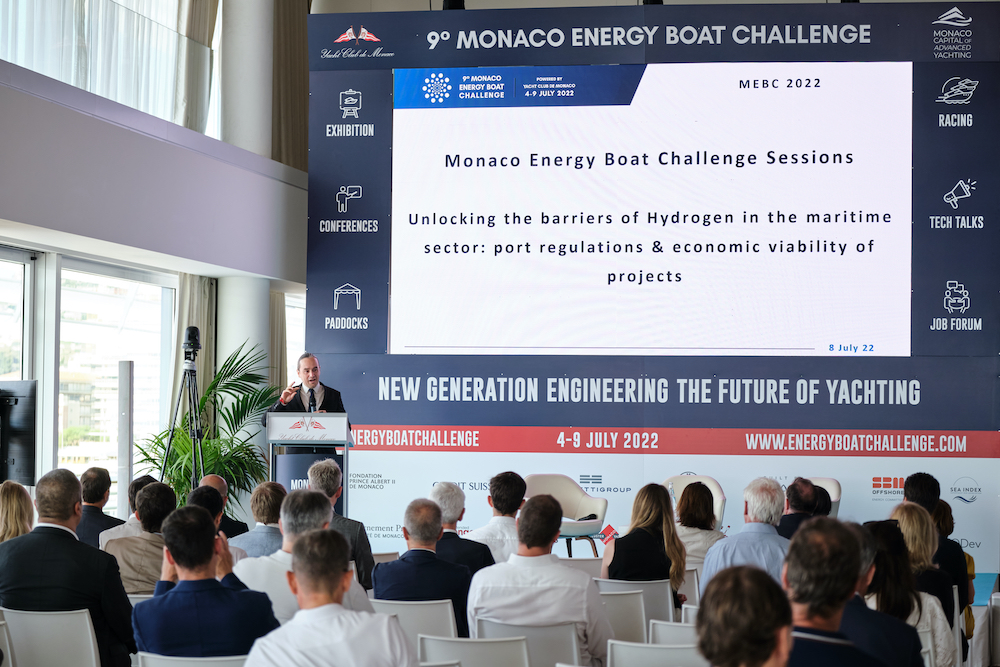 Nearly 120 years after the first powerboat meetings, Monaco is again key player and spectator of ground-breaking innovations with the 9th Monaco Energy Boat Challenge. The big meeting for alternative propulsion systems, it’s organised under the aegis of the collective Monaco, Capital of Advanced Yachting umbrella brand by Yacht Club de Monaco in partnership with Prince Albert II of Monaco Foundation, and the support of Credit Suisse, BMW and SBM Offshore, as well as the Oceanco shipyard.

“If Monaco wants to position itself at the forefront of yachting, the Principality must support its transformation. It is by combining our efforts and sharing progress on technology that we will achieve our goal,” said HSH Prince Albert II of Monaco who came to meet the 38 teams and 36 exhibitors here this week at the Yacht Club de Monaco alongside the explorer Mike Horn.

YCM Vice-President Pierre Casiraghi, sailor and founder of Team Malizia, also recalled the importance of hosting this type of meeting in Monaco as “essential for the future of yachting as it allows us all to develop and exchange ideas”. A sentiment shared by YCM General Secretary Bernard d’Alessandri: “The Monaco Energy Boat Challenge is quite a rare opportunity as it brings professionals and engineering students from all over the world together, with everyone exchanging knowledge. It is without doubt one of the best ways to contribute to the coming transition. Monaco has been a yachting mecca since the start. We have a responsibility to strive towards a more eco-responsible approach: for our planet, for the oceans and for the new generation”.

It was therefore all about sharing ideas in open source, confrontations on the sea, debates, a Job Forum to bring young talents together with professionals, and some new features. A look back at a 9th edition that lived up to expectations.

Thirty-eight teams (21 nations) including 27 universities divided into three categories (Solar, Energy and Open Sea Class) were here this year, including newcomers like the Indians (Sea Sakhti) from Kumaraguru College of Technology, supported by the Indian sailor, Commander Abhilash Tomy: “I’m so proud to see my country represented at this meeting. India supports new energy sources, particularly mobility-related. Many initiatives focus on the automobile industry but not yet in the yachting domain.  I hope these students will return to India with their heads full of ideas because at least 10% of fishing boats in India could use electric propulsion for example”. It was also the first time an Indian team had taken part in an international powerboat event. Peru, Greece, China, Indonesia and Canada also made the trip, each determined to present their solution and prototype. All had a chance to compete against each other on the sea and share knowledge every day at the Tech Talks in open source.

Ashore, attention focused on speakers at the conference entitled ‘Energy Transition in Yachting: Opportunities & Limits’. Highlighting the issues related to renewable and alternative energy sources, their evolution and potential in the future, the meeting also tackled the issue of onboard production while envisaging recreational boats as a vast experimentation field where progress made is contributing to the maritime sector’s metamorphosis.

The next day, experts were to be found at the 3rd Monaco Hydrogen Working Group Round Table entitled ‘Unlocking hydrogen barriers in the maritime sector: port regulations and economic viability of projects’. Organised in partnership with Monaco’s Energy Transition Mission, the Prince Albert II of Monaco Foundation and Yacht Club de Monaco, it was a chance to take stock of the hydrogen market, its regulations and finance options.

Around 15 speakers gathered to take stock of progress in the hydrogen sector, its regulations and finance at the third edition of the round table which “combines private and public players” notes Annabelle Jaeger Seydoux, Director of Monaco’s Energy Transition Mission who opened the discussions.

The first part of the event focused on the current state of hydrogen (H2) in 2022, the construction of business models for the deployment of H2 projects and their financing.

The meeting ended with a presentation on case studies and feedback that highlighted concrete advantages, such as the decarbonisation of Barcelona port, and Norway’s example as a leader in supporting new technology like development of hydrogen ecosystems.

Replay of the Round Table event here.

WINNERS OF THE 9TH EDITION OF THE MONACO ENERGY BOAT CHALLENGE

The Monaco Energy Boat Challenge is therefore synonymous with progress and performance as everyone cherishes the idea of winning their category. In the Energy Class, the Italians on UniBoat (Italy) won, while in the Solar Class, the Sunflare Solar Team (Netherlands) did it again after their victory in 2021. In the Open Sea Class, it was the Brits from Vita Lion who walked away with this trophy. 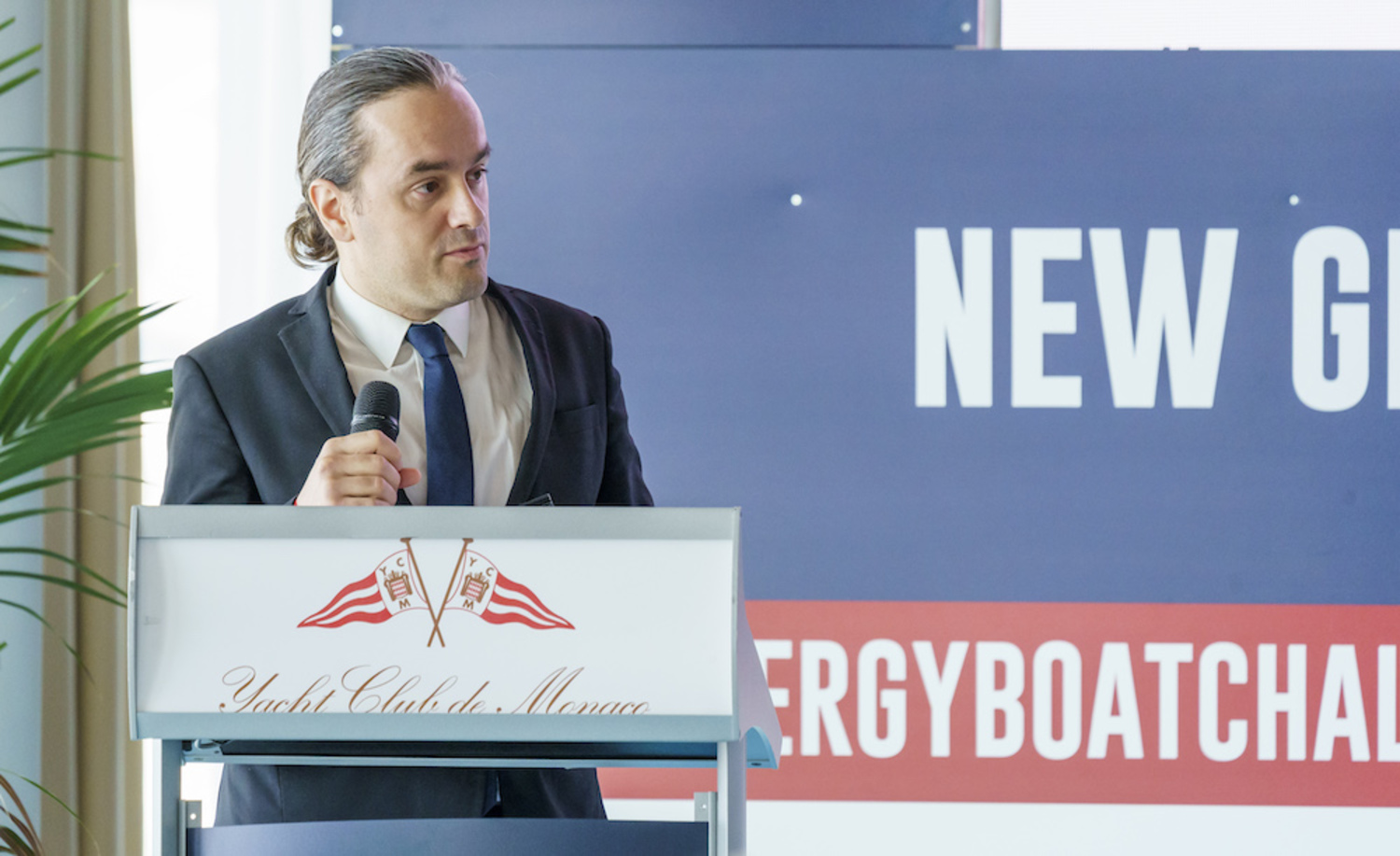 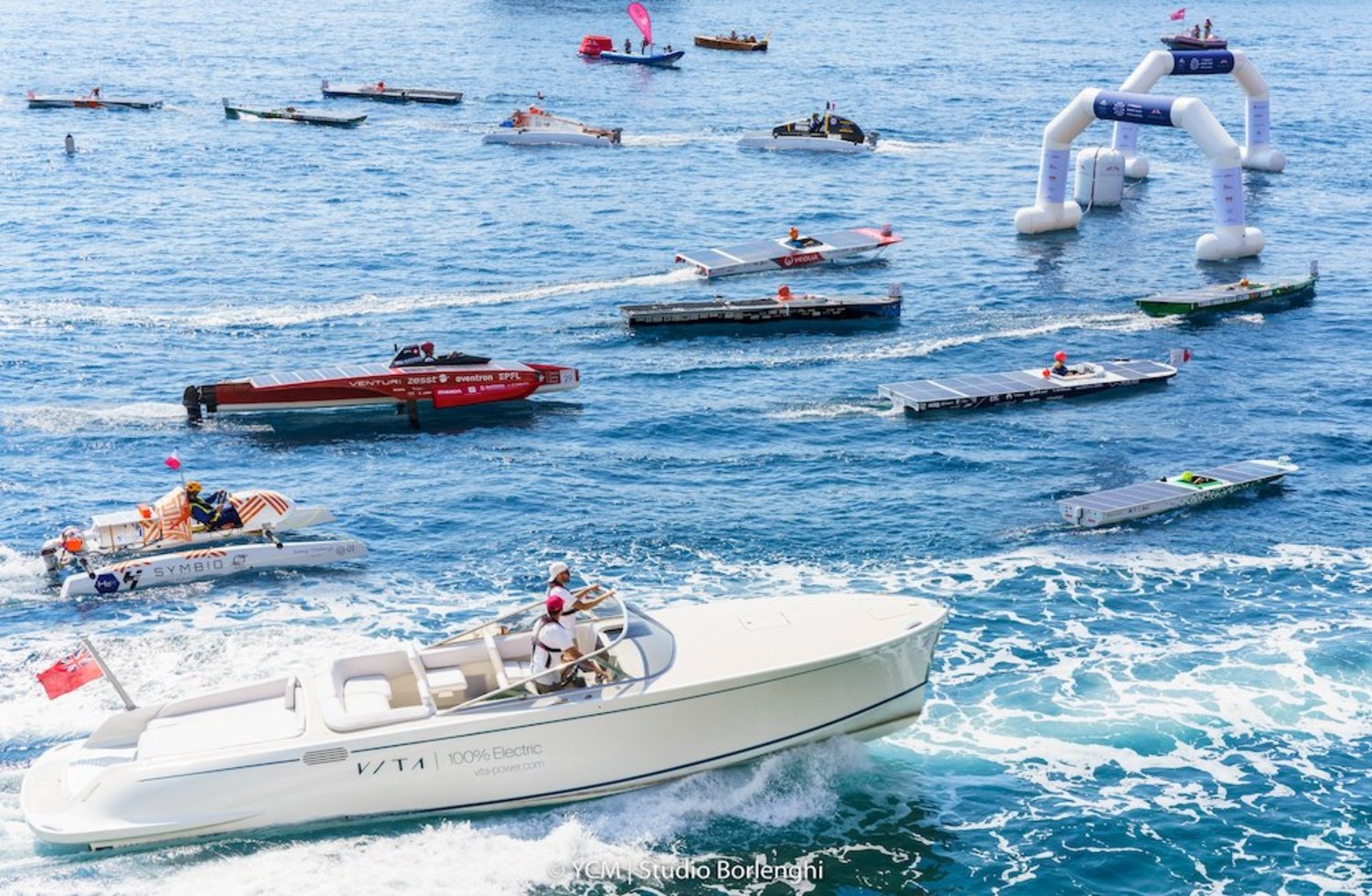 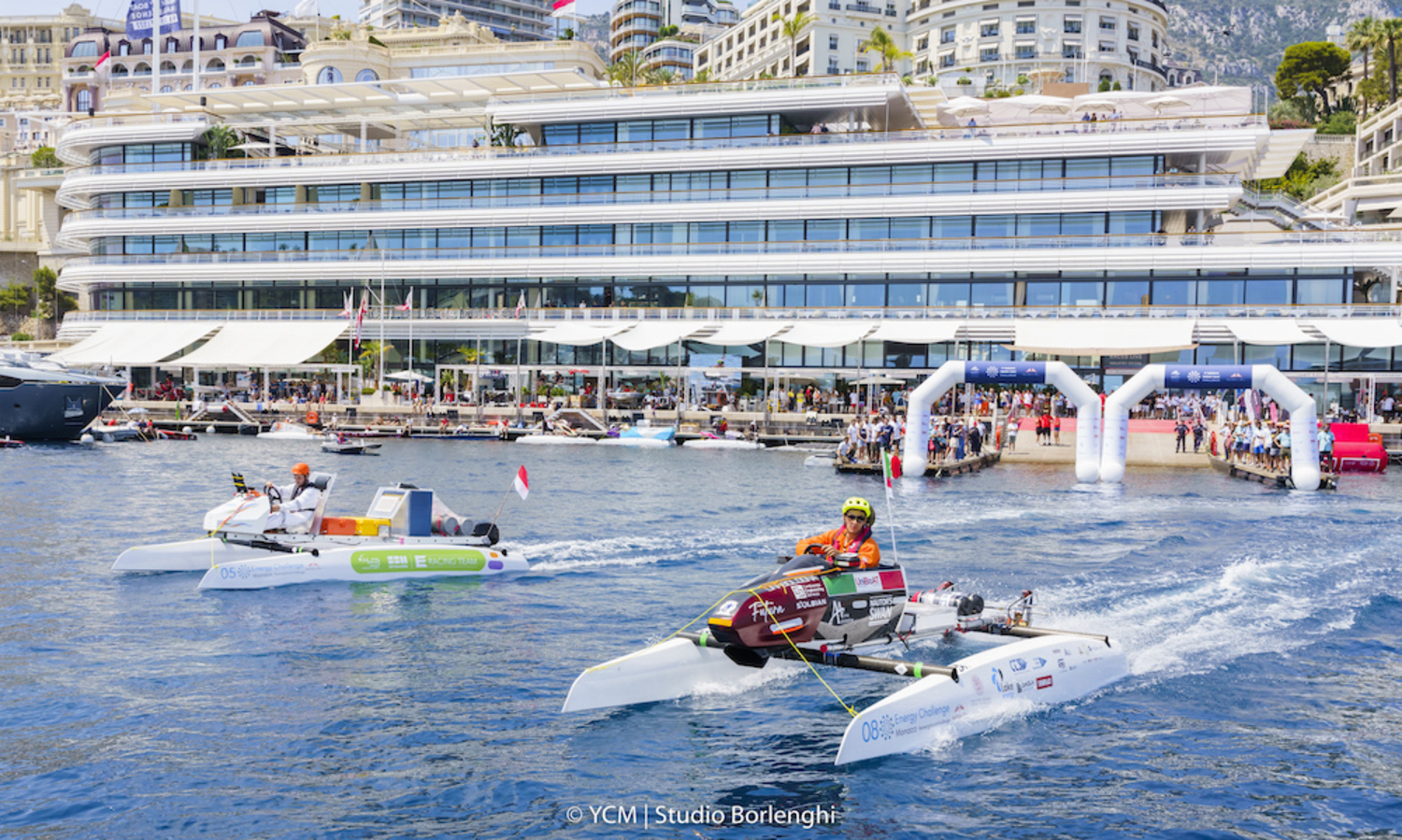 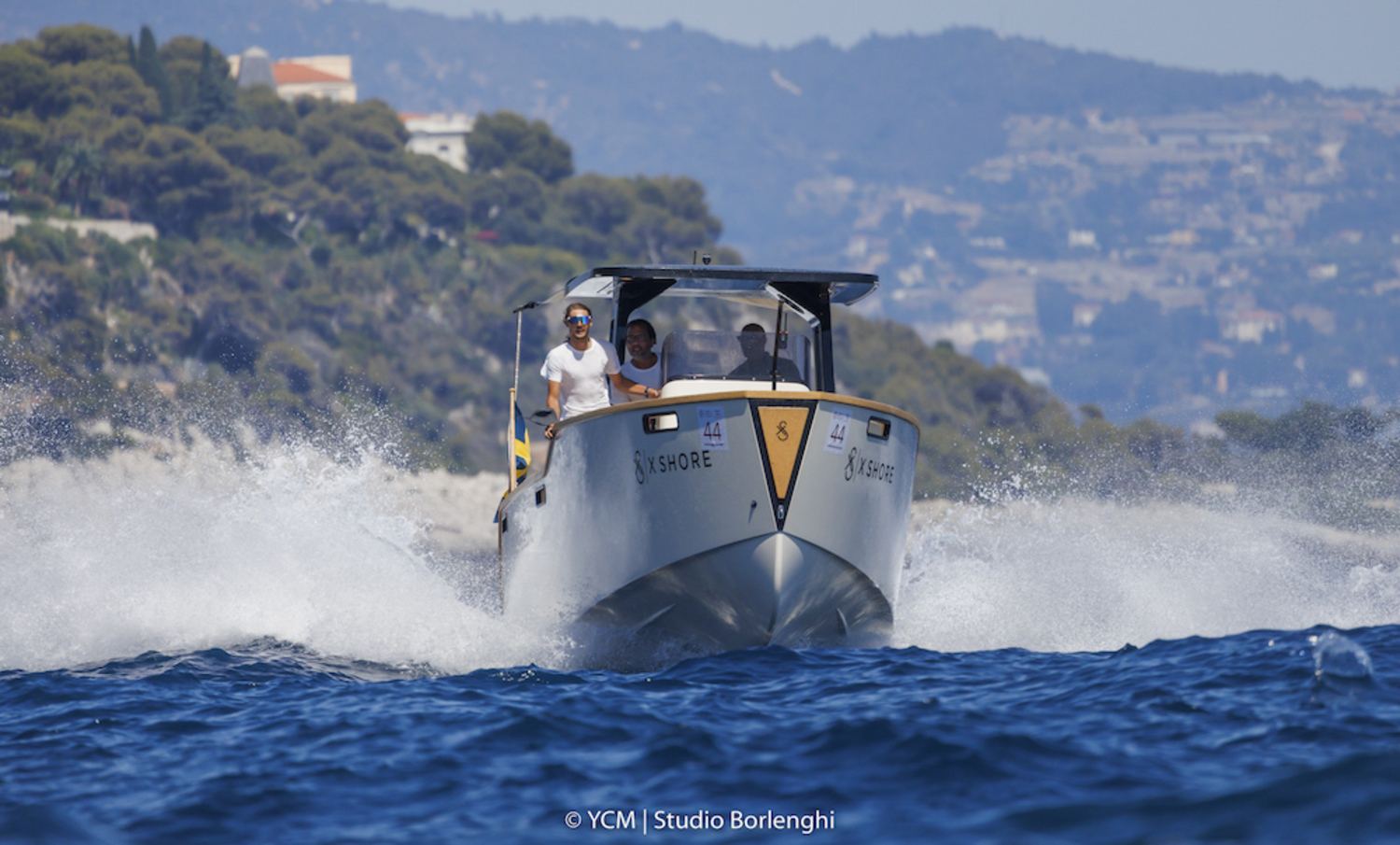 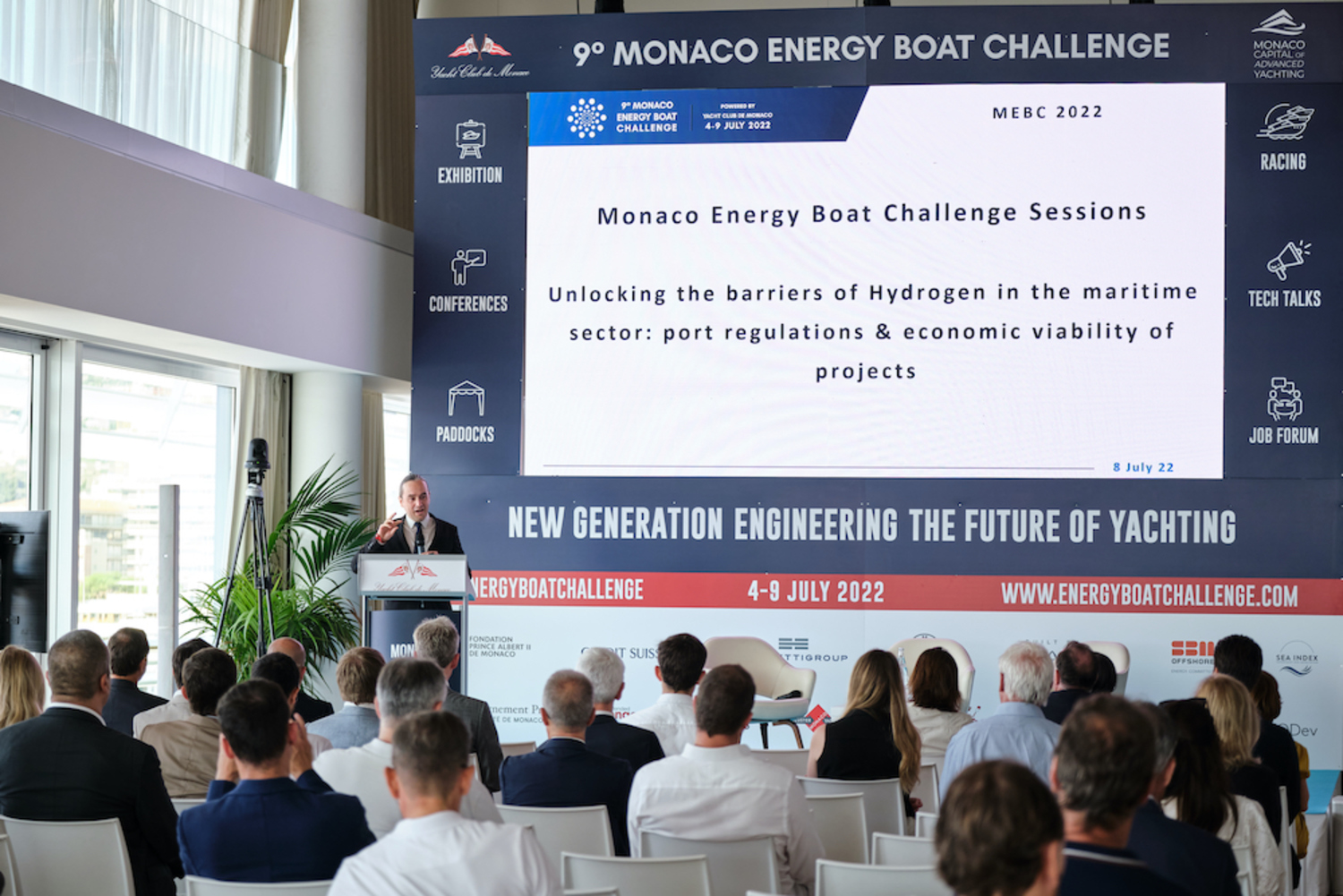