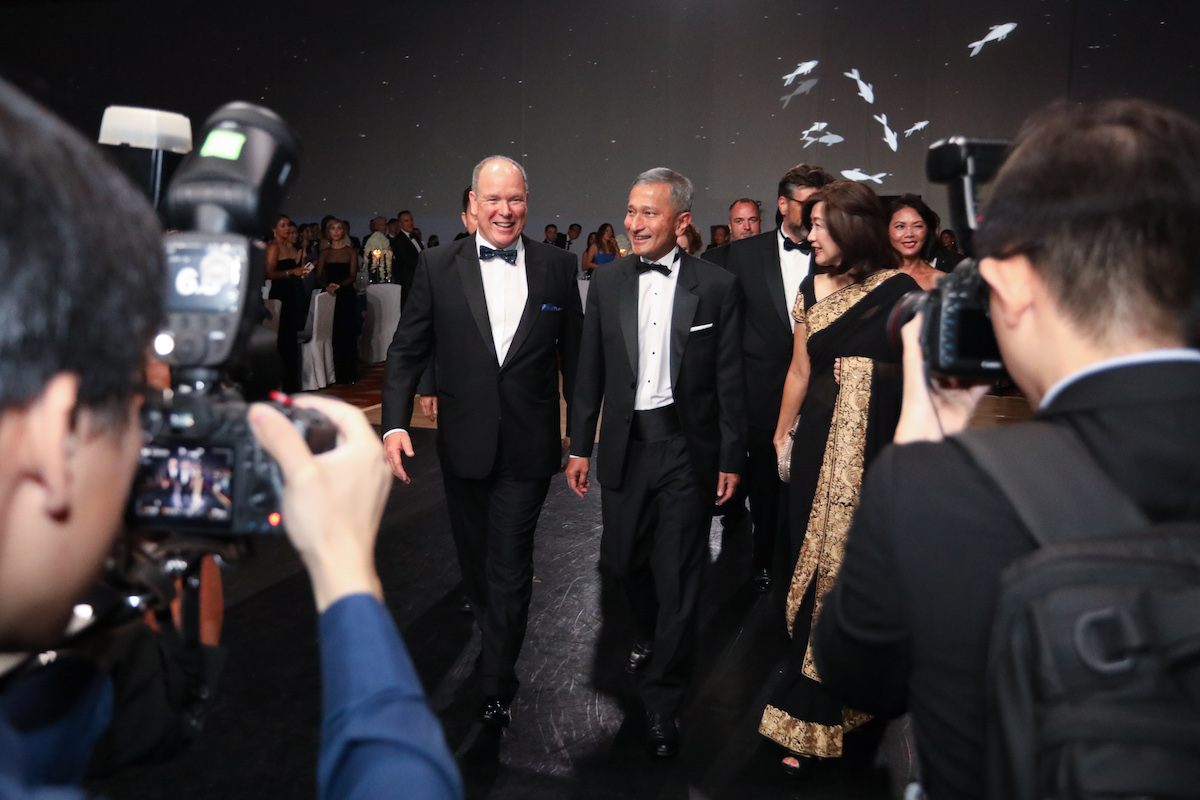 A record edition for the prestigious Ball in Monaco Singapore

The prestigious Ball in Monaco Gala Event, organised by the Asian branch of the Prince Albert II of Monaco Foundation, presided by Mrs Jacky Deromedi, came to life in the colours of the ocean for the 2022 edition, which was held on Friday 28th October at the Marina Bay Sands in Singapore.

Close to 600 guests gathered for an immersive evening in the presence of HSH Prince Albert II of Monaco and H.E. Mr Vivian Balakrishnan, Singapore's Minister of Foreign Affairs, the evening's guest of honour.

In his speech, H.E. Mr Balakrishnan recalled the close ties of friendship and collaboration between Singapore and the Principality. He thanked the Sovereign for his action in favour of the environment, but also Mrs Jacky Deromedi, President of the Asian branch of the Foundation, for having gathered so many guests around this beautiful and important cause which is the protection of the Ocean.
Mr Paul Town, COO of Marina Bay Sands, and Mr Jean-Marc Deromedi, Honorary Consul of Monaco in Singapore, praised the Foundation's projects and underlined the urgency of collective action at an international level.

In the Grand Ballroom, immersed in the heart of the ocean, thanks to the conceptualisation and production by the Monegasque agency ADSTORIA, artistic performances followed one another throughout the evening: the Singaporean star of musicals, Ms Hossan Leong, enlivened the evening with her humour tinged with elegance, and in a majestic pas-de-deux, the Singapore Ballet danced in mirror image with sea creatures.
Glamour was also on display with a magnificent fashion show by the committed French designer, Ms Anne Fontaine.
The gastronomic menu, specially created by Daniel Boulud, 3-star Michelin chef in New York, was designed around the theme of the ocean in an eco-friendly spirit.

The auction was a great success, raising a record 2.3 million Singapore dollars for the Ball in Monaco. Among the items offered for auction were: an FP JOURNE Chronomètre Optimum watch specially created for the event, exceptional rubies by Faidee, a work of art by Marcos Marin, a ring by Alberto Vitale, stays by Four Seasons and Leading Hotels of The World, an Akar De Nissim table, an Anne Fontaine Haute Couture gown, an exceptional Martell Cognac created for the new year of the Chinese Zodiac, and many others...

The Foundation extends its warmest thanks to its donors, the organising committee and the First Circle of the Foundation for their continued support over the past 14 years in Singapore. 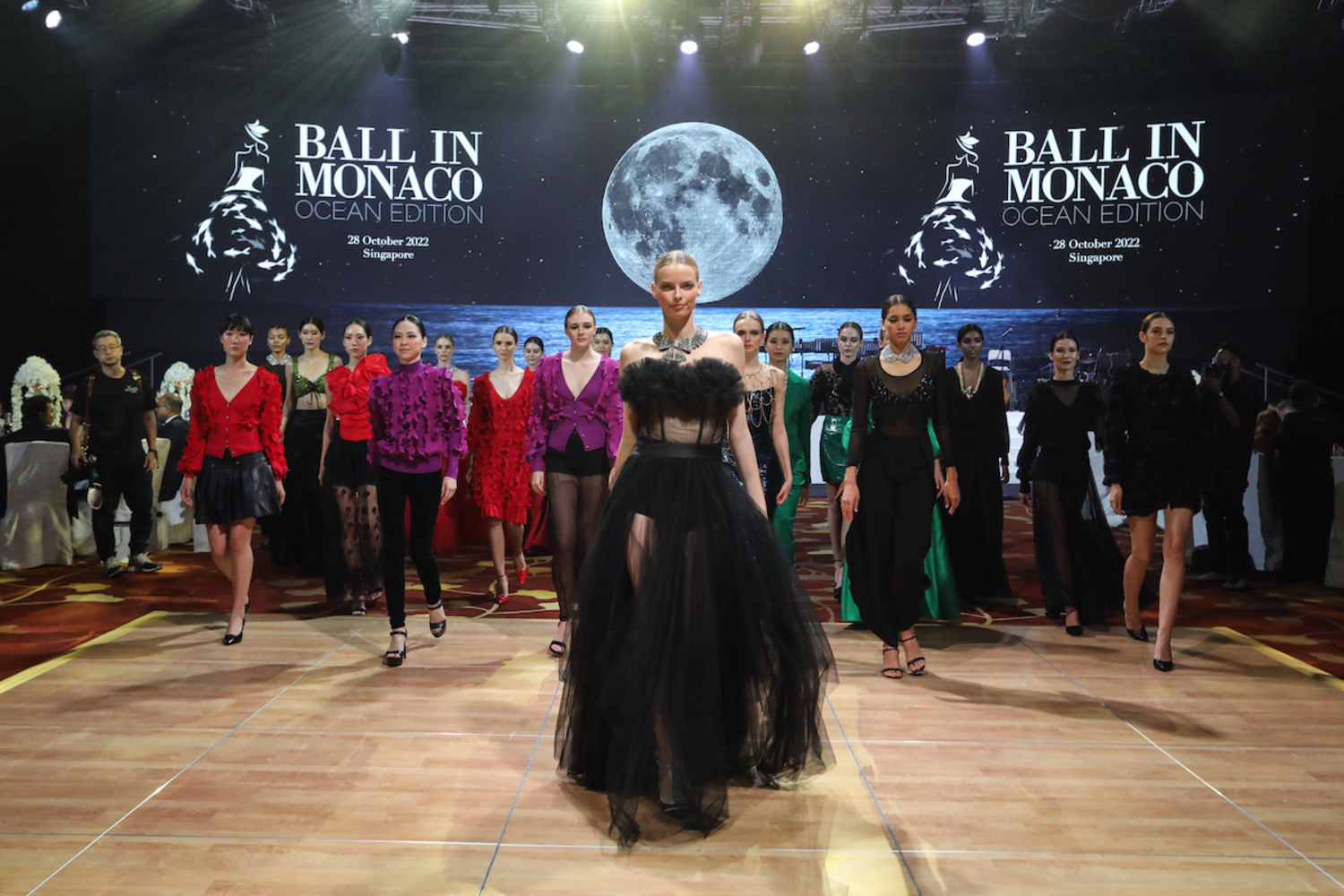 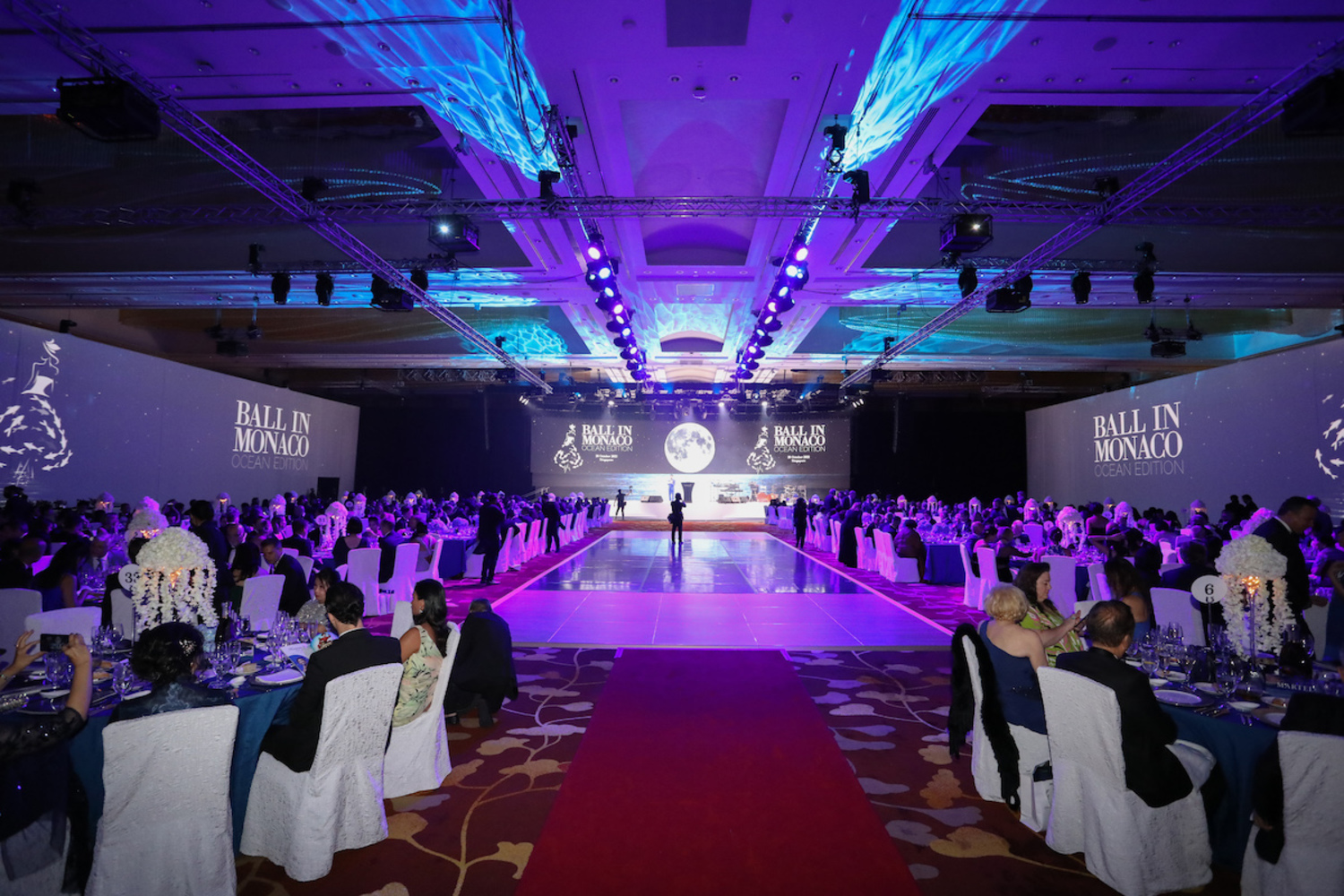 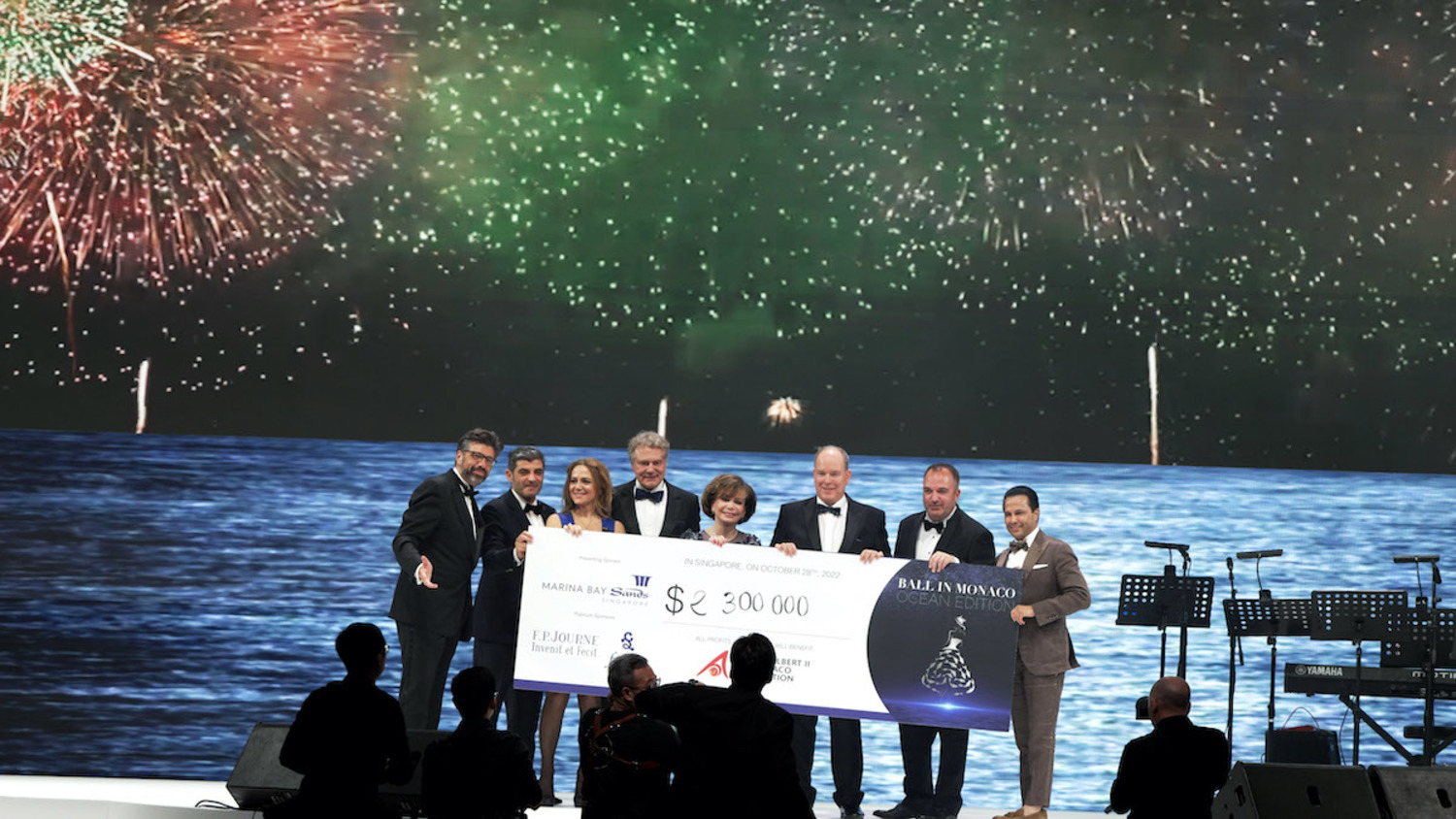 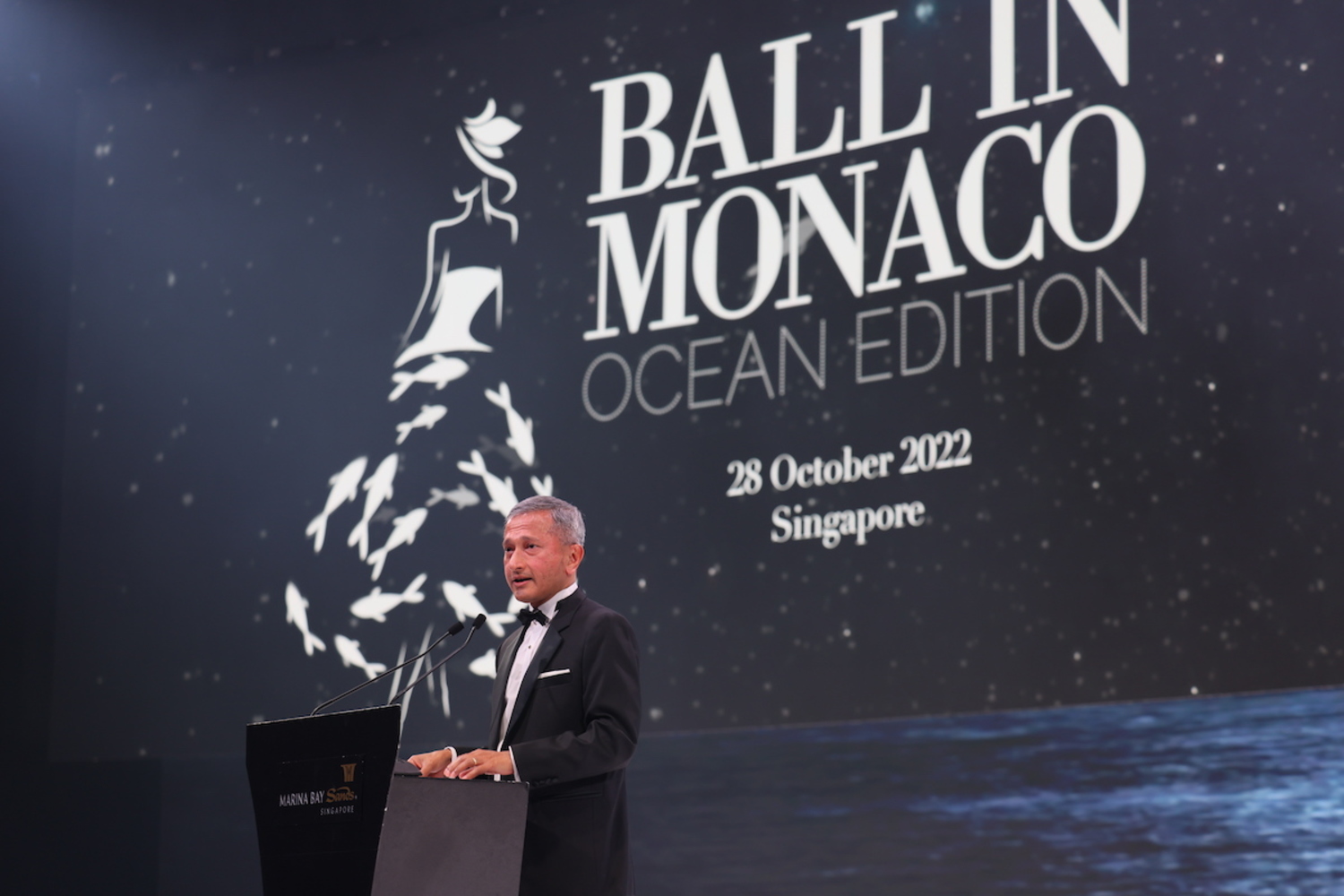 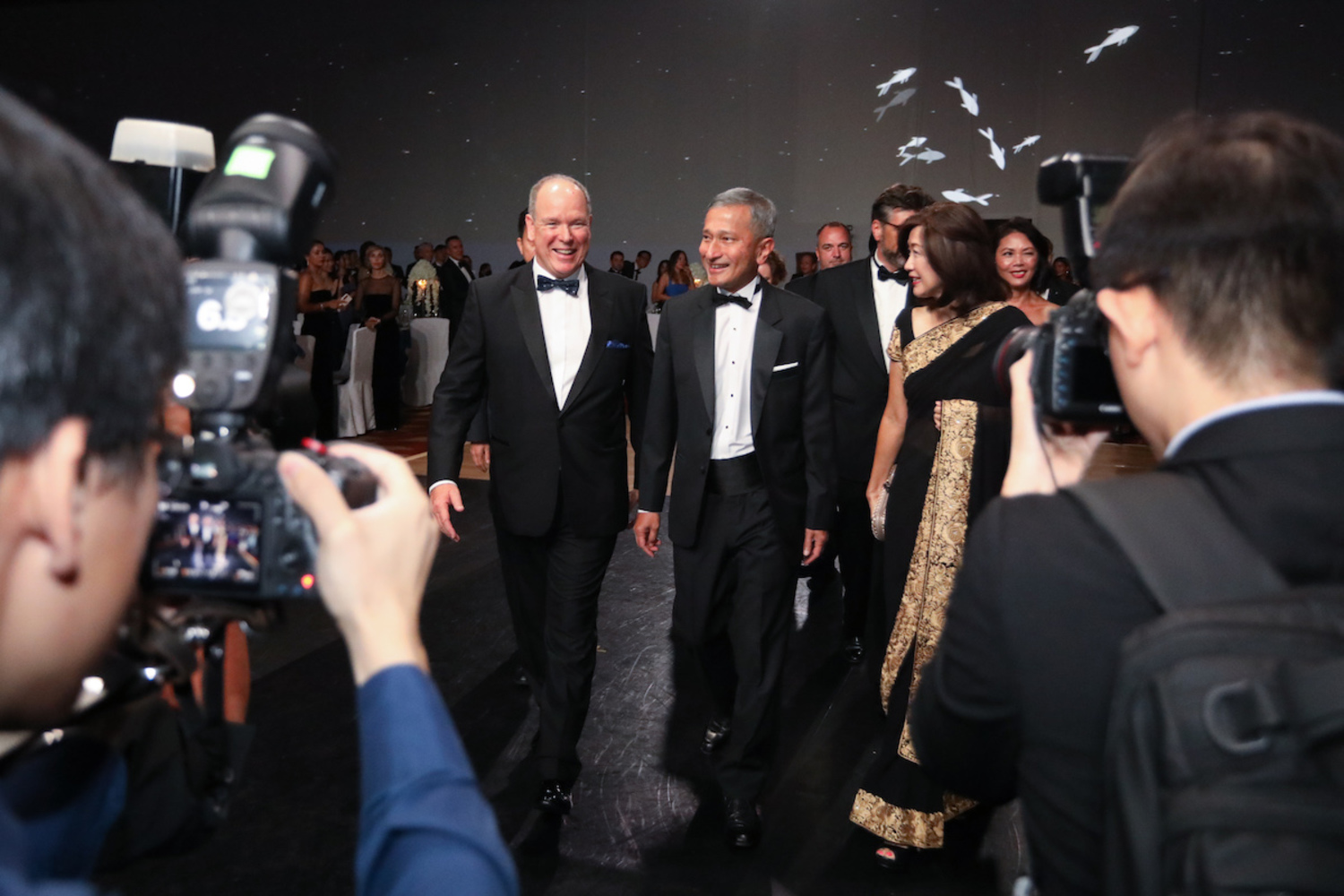 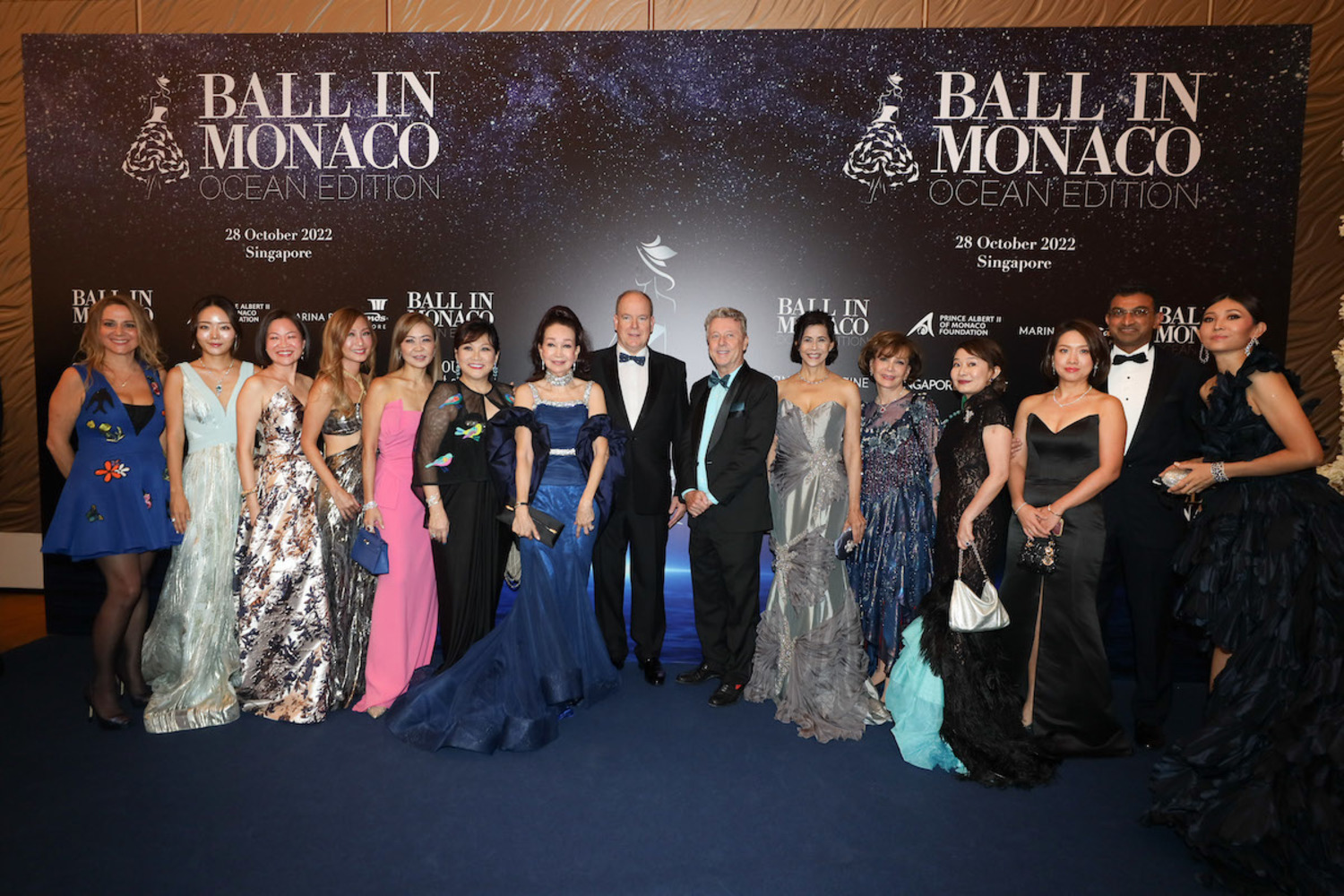 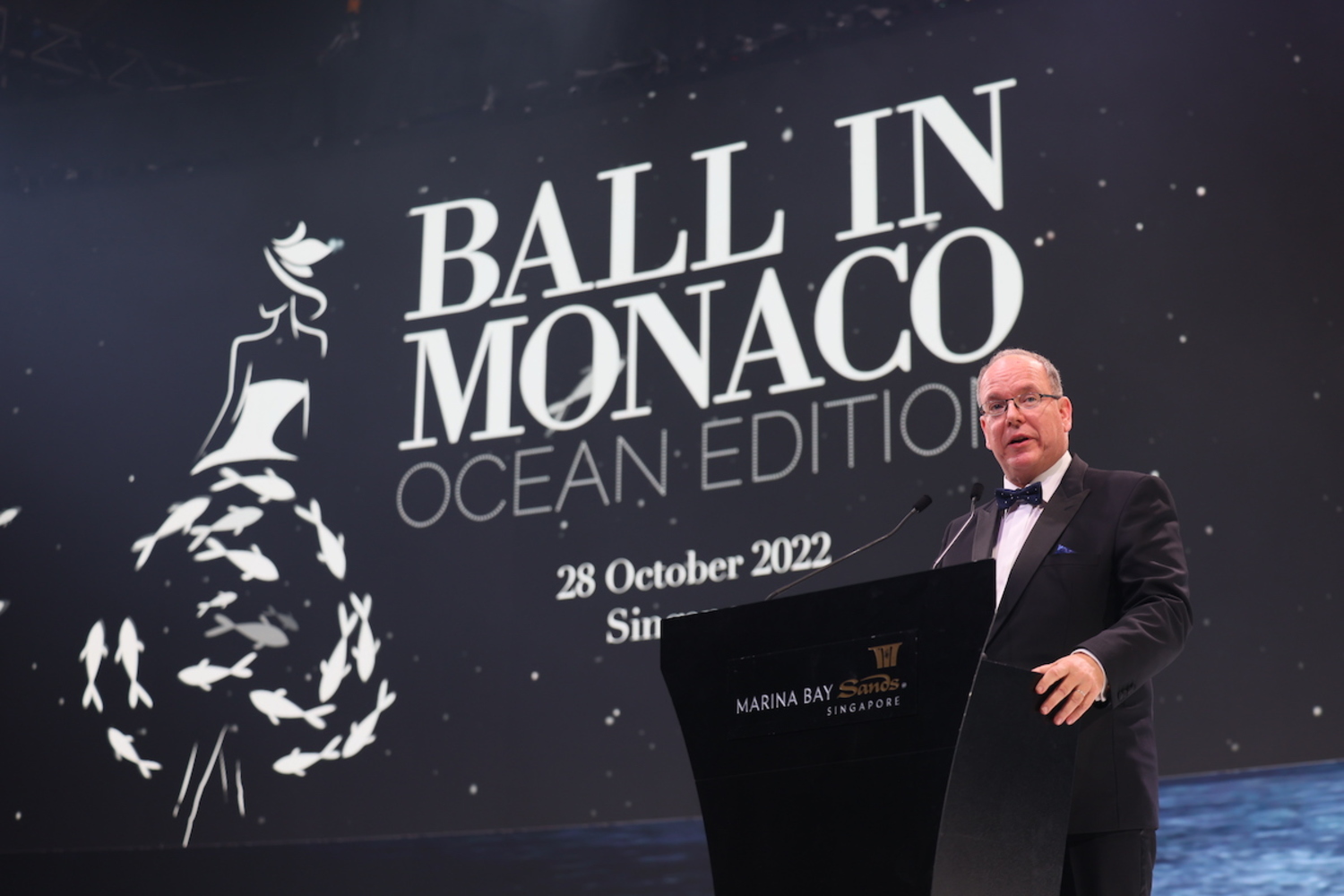