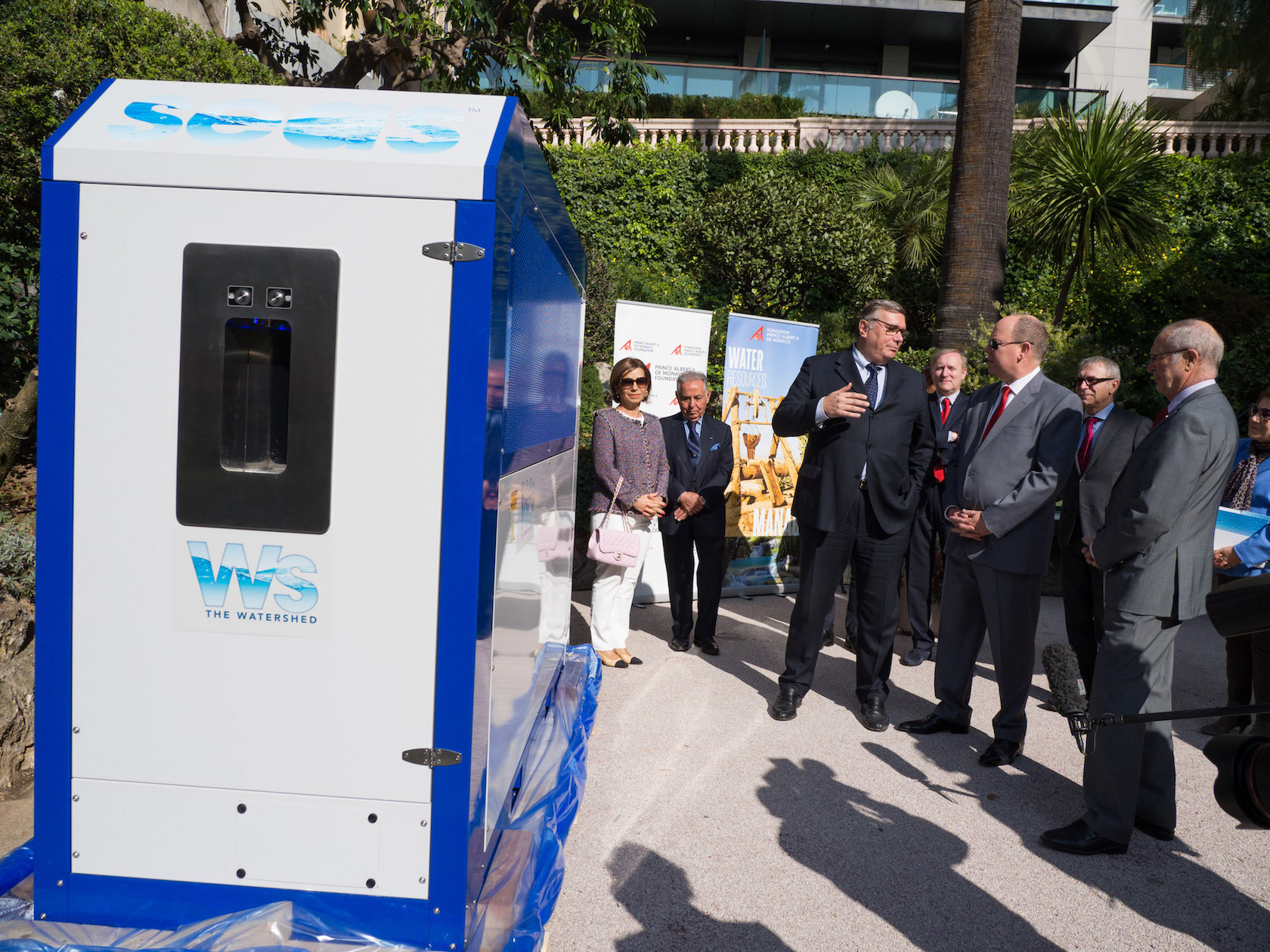 A revolutionary machine designed to trap moisture from the air and transform it into drinking water was donated to the Prince Albert II of Monaco Foundation on 16th March 2017. The gift was presented directly to HSH Prince Albert II of Monaco by Mrs Angela Van Wright Von Berger, President of the NGO Unakids and Mr Marco Honegger, founder of the Watershed Association and co-founder of SEAS, the company which manufactures the machine.  The primary mission of Watershed, founded in Monaco in 2016, is to identify areas of the world where drinking water is scarce. The model presented, the “AWA Modula 25” can produce up to 250 litres of water a day.  The Foundation will be sending this water fountain to Burkina Faso shortly, where it will be made available to the Burkina Faso Red Cross training centre, constructed using the structure of the Monaco Pavilion from the Milan Expo. The practical and technical arrangements are currently being finalised. 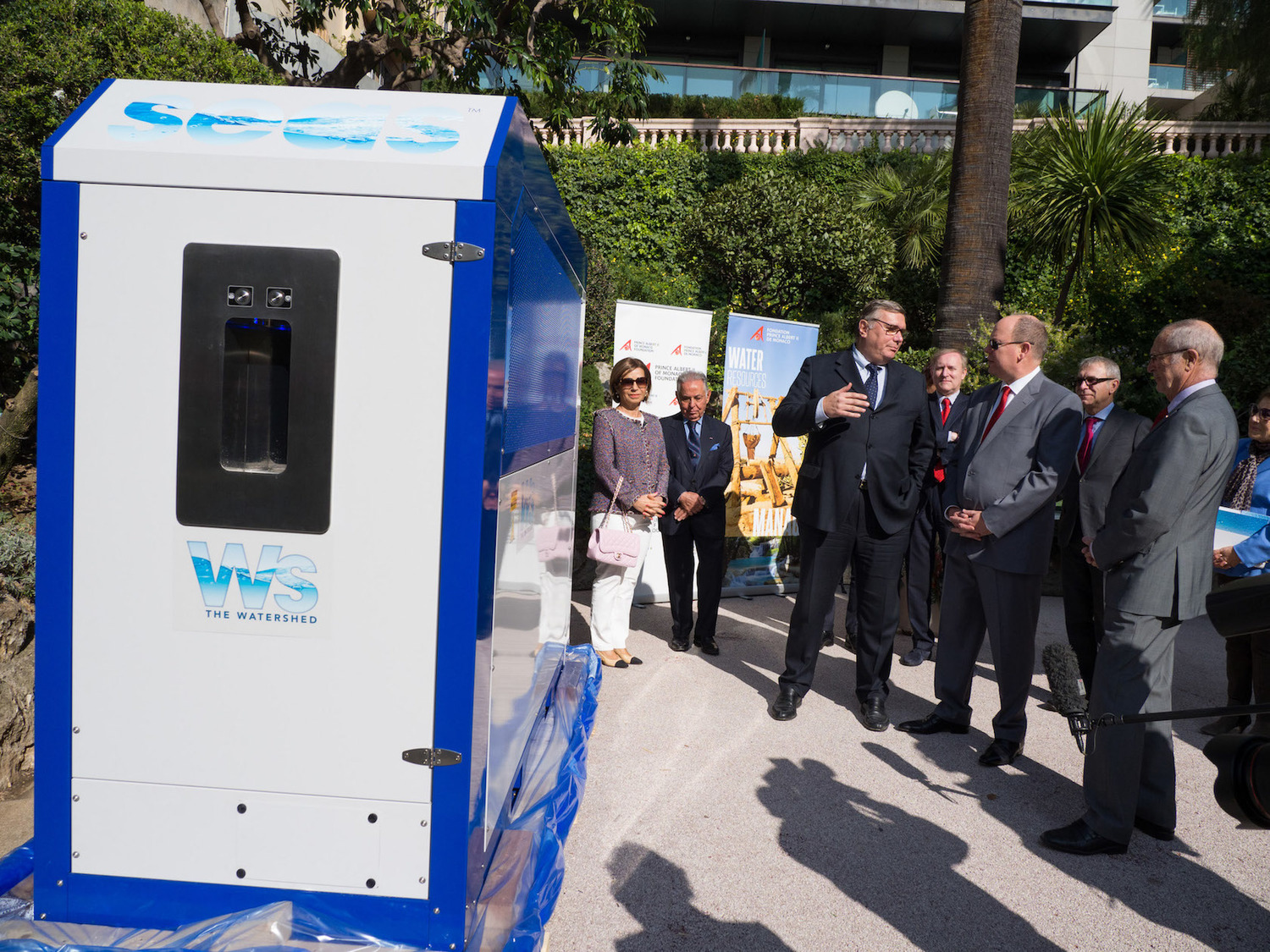 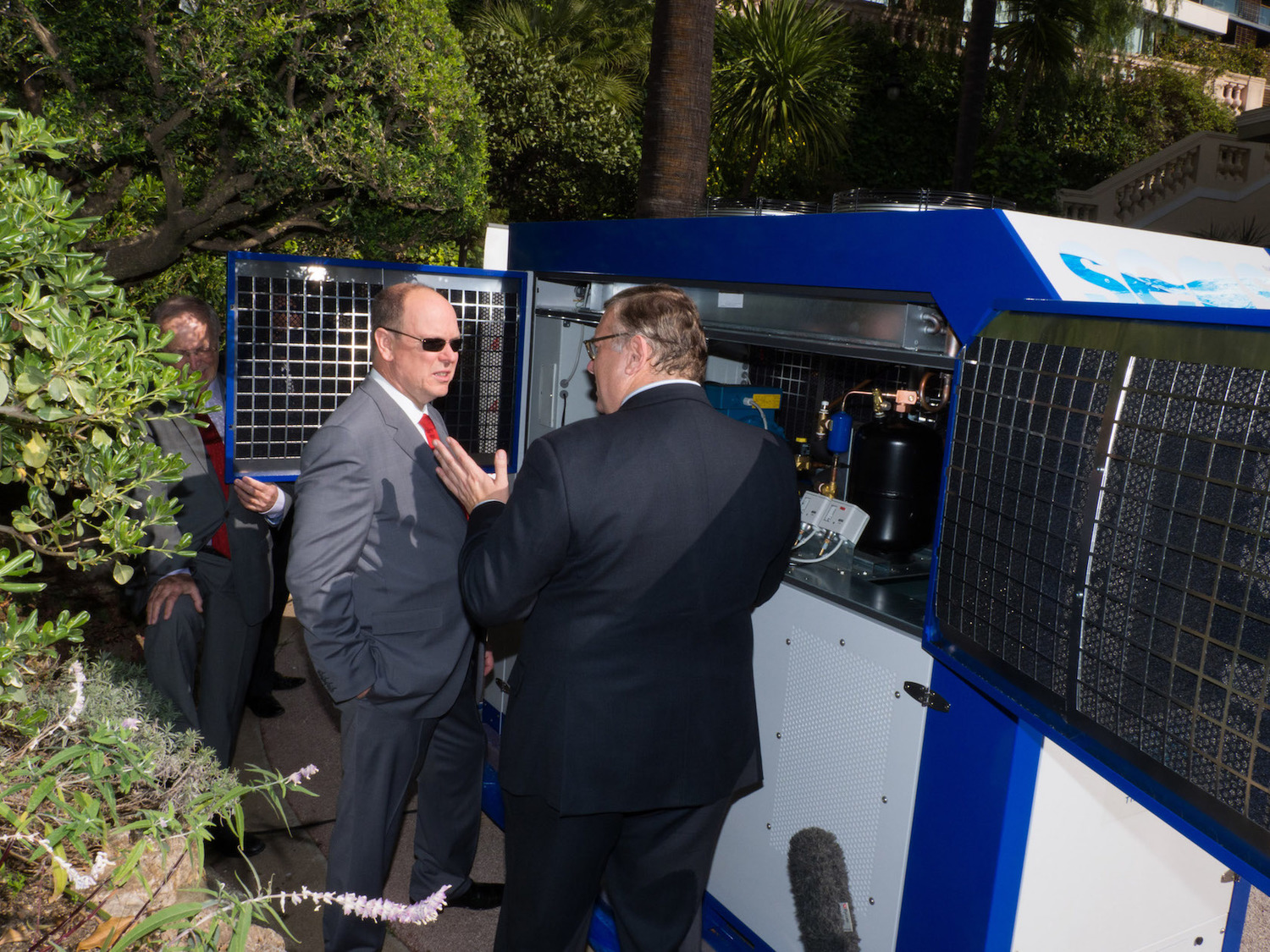 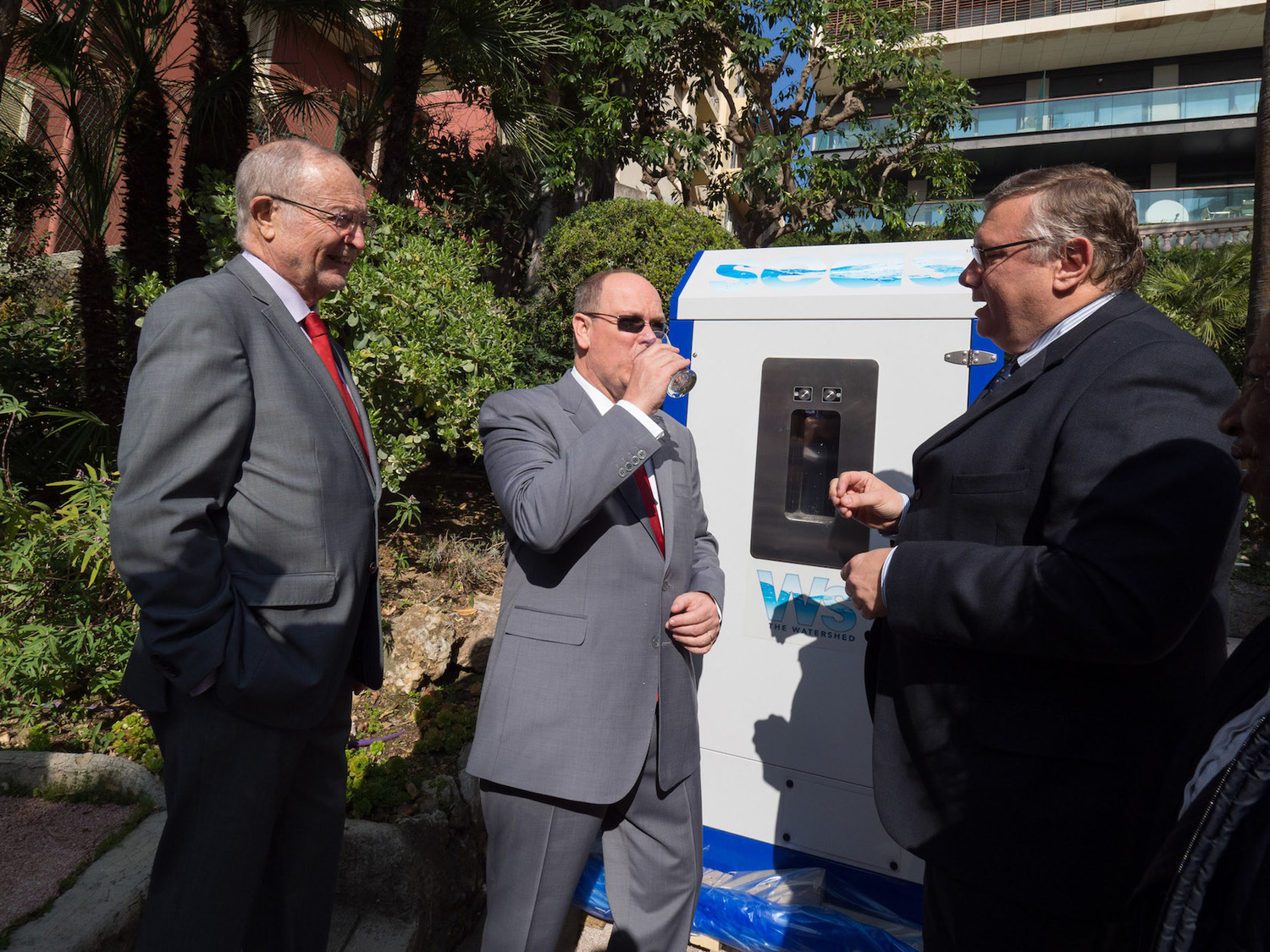 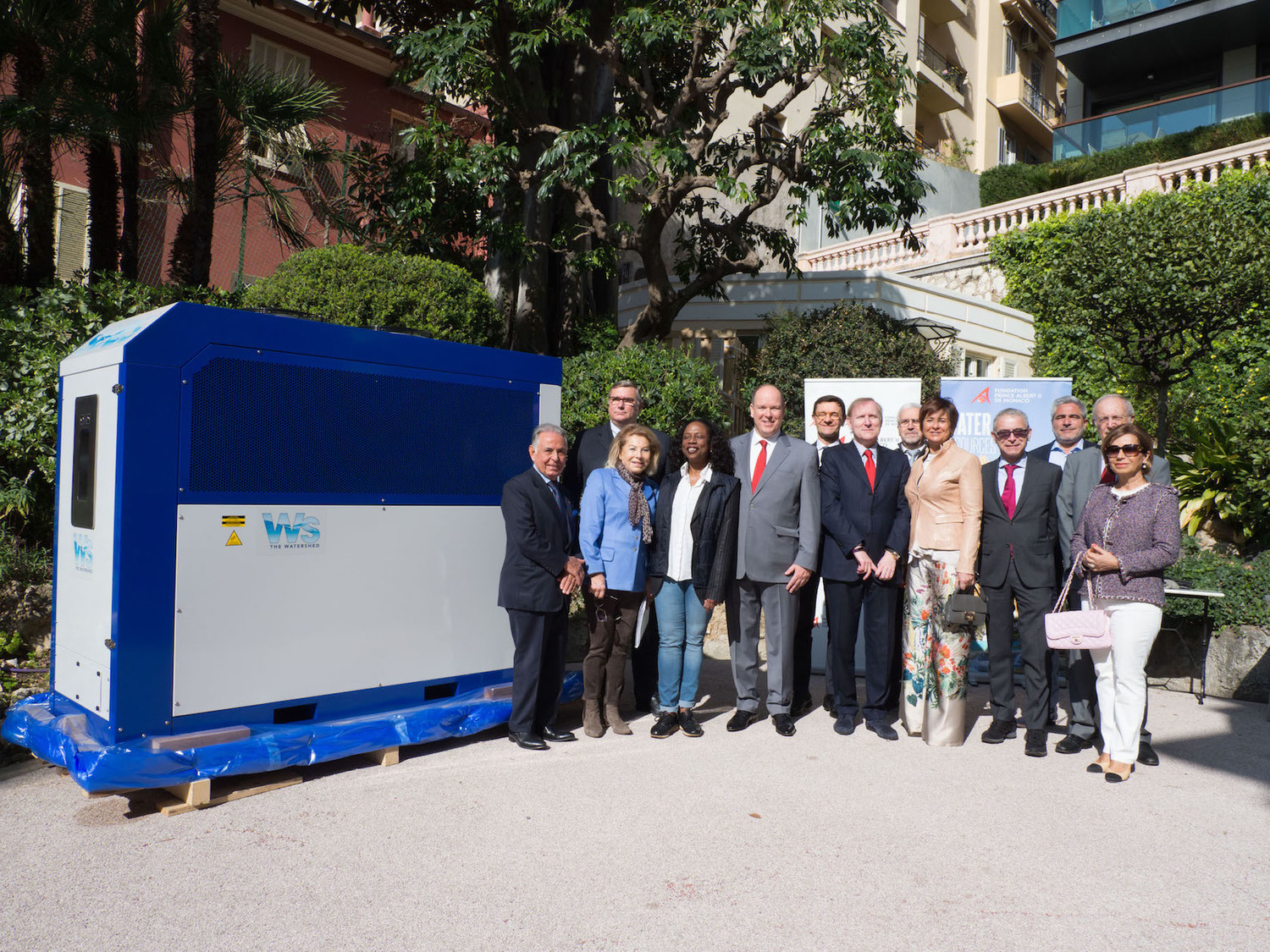 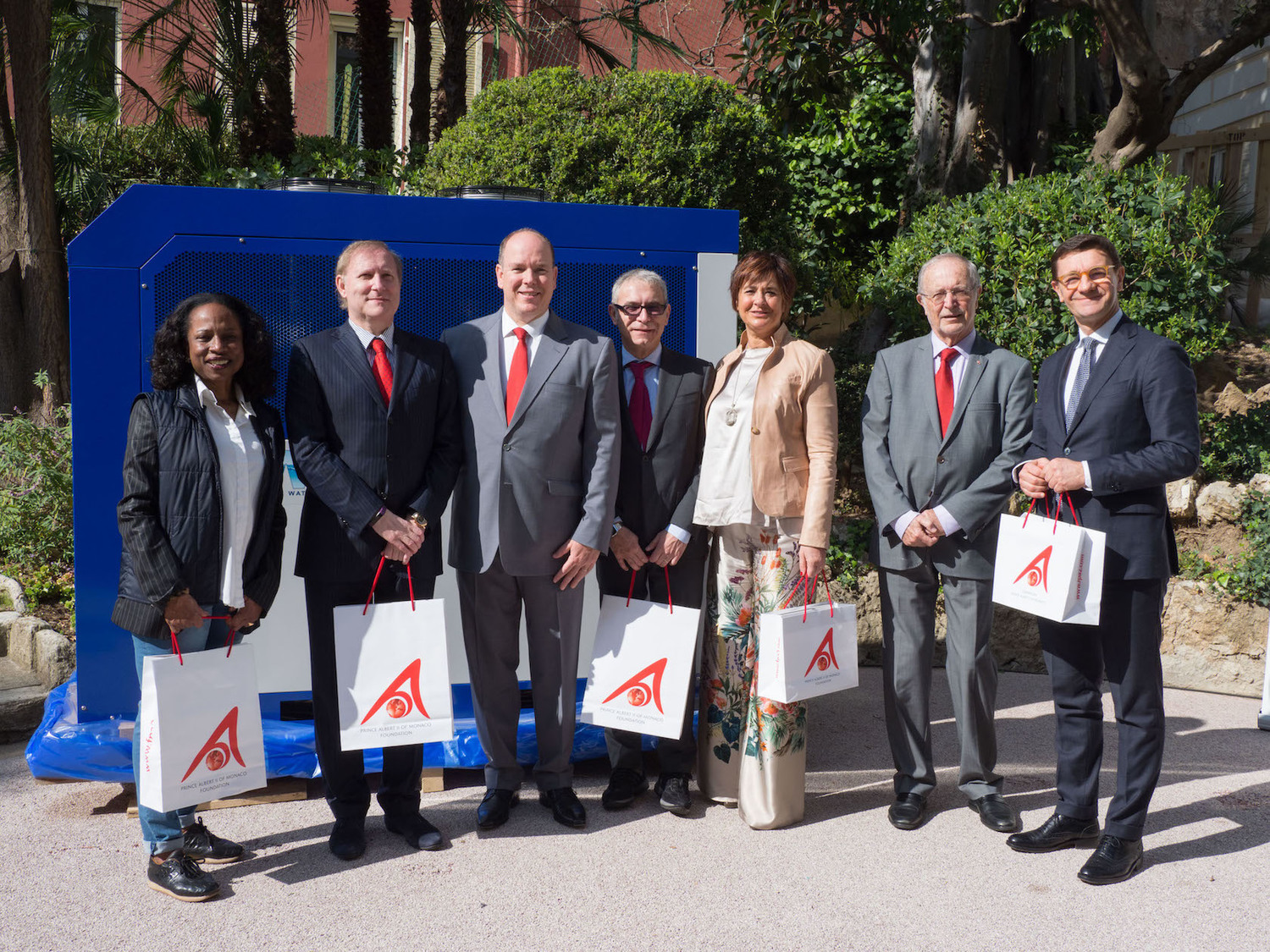