Address by H.S.H. the Sovereign Prince, Opening of the Ever Exhibition 2007

The conclusions of studies carried out by leading international experts, such as the IPCC reports, confirm all these fears. Aware of the urgency to take action to protect our environment and to safeguard our Planet for future generations, I created a Foundation in June 2006 in order to take effective action in priority areas: biodiversity, water resources and climate change.

The present plenary session has provided us with great insight regarding the importance of getting economic sectors involved in developing renewable energies and their financing. Such a commitment is crucial so that action can be implemented to reduce the carbon footprint and its impact on the climate. In this respect, I am very pleased about the goals the European Union has set to reach a renewable energy target of 20% by 2020 and, across the Atlantic, about the implementation of a highly active policy to develop renewable energies and bio fuels.

In Monaco, I am pleased to note that such energies are beginning to muster the interest of individuals. Two solar powered units are scheduled for installation very shortly on industrial premises and offices in the Fontvieille district. As this involves the State, loans have been implemented as of this year. This will enable us, among other things, to contemplate the construction of a demonstration solar power station on the sea wall of the port - an installation to be carried out in partnership with SMEG.

Development projects are also under consideration for public buildings, chiefly in the Annonciade secondary school, but also in a residential building. Of course, our efforts with regard to solar energy must also include new construction projects. Such is the case in the school currently under construction in Boulevard de Belgique. I will also be paying particular attention to the energies used within the framework of the offshore extension project. From a personal point of view, I am currently having a solar energy unit installed in the Palace. And within the very near future, I shall be announcing the implementation of a scheme aimed at providing financial aid for the installation of solar energy units which cut greenhouse gas emissions; these units will replace those operating on fossil fuels.

I would also like to talk about Monaco’s transportation policy. Since the 1st January, new fares have been in force on the whole of the public transport network. This has resulted in an increase in the number of passengers using the bus network by approximately 13% during the first three months of the year and I am delighted. My government, in partnership with the SNCF and the PACA region, is financing TER trains that will significantly improve rail services. Over four hundred people have already signed up for the car pool scheme introduced last autumn for employees in the Principality, which is most encouraging. Discussions are under way with our partners in the neighbouring region for the construction of a large park-and-ride car park and funicular railway directly linking La Turbie to Monaco.

At the same time, the incentive to buy ecological vehicles has met with an echoing success. For the first year, and I am gratified to be able to say so, almost all the vehicles purchased for the State and the Municipality, will respect the environmental criteria as illustrated at the EVER exhibition. These vehicles will either be electric, hybrid or run on bio fuel. I would also like to stress the efforts made by the major car dealers in this direction.

None of these measures alone will resolve the alarming situation with which we are faced due to economic growth and its consequences, and the constant increase in the number of “commuters”. But the combination of such measures coupled with a change to individual behaviour – often selfish and without thought – will enable us to travel more efficiently tomorrow for the benefit of all and a better quality of our environment.

Ladies and Gentlemen, as I have already stressed over and over again, the situation of our Planet is worrying. It is our duty to take action so that our children do not inherit an impoverished earth. Your conferences and exhibition prove that solutions do exist and that saving our future depends on our will to implement them. 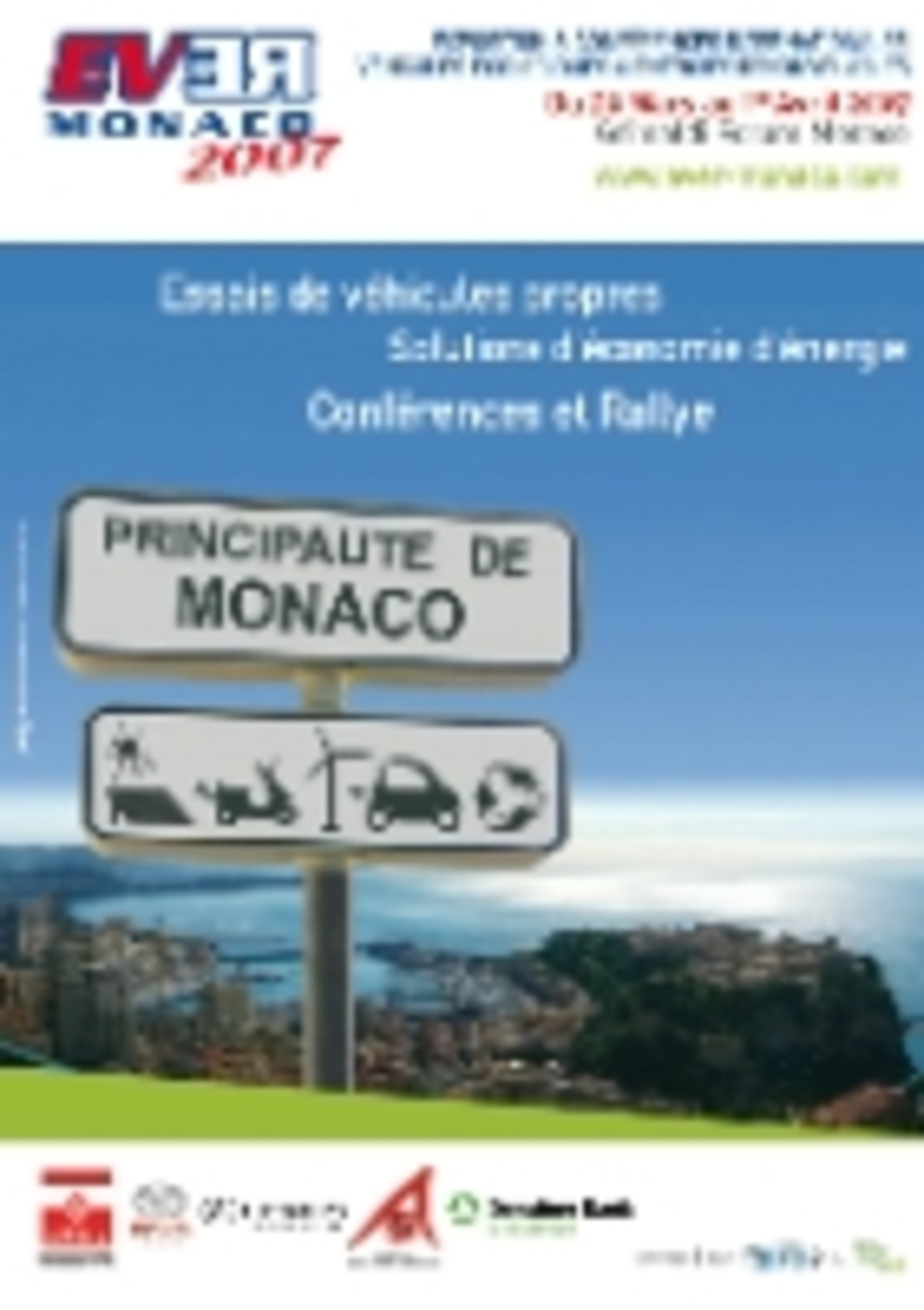