Monaco, Friday 2nd October 2015 – The Eighth Prince Albert II of Monaco Foundation Awards Ceremony took place today in the Salle des Princes at the Grimaldi Forum in the presence of a thousand people.  On this occasion, H.S.H. the Sovereign Prince honoured various individuals for their exemplary actions to promote the environment in his Foundation’s three priority areas: the fight against climate change, the preservation of biodiversity as well as access to water and the fight against desertification.

During his address, H.S.H. Prince Albert II of Monaco highlighted that: « At a time when our world is so violent, so unequal, sometimes so painful, each encounter, each exchange of looks are all reasons not to throw in the towel. These meetings are in some ways the motivation for the ceremony this evening. The pleasure of meeting each other and the value of paying tribute to those who inspire us, who show us the way. Those who, through their action, through their thoughts, through their influence, fuel our hopes. »

The “Water Award” was presented to Mr Loïc Fauchon for his remarkable commitment to protect this vital resource, particularly within the World Water Council, the Mediterranean Water Institute and the NGO « TransSahara-Caravanes sans frontières ».

“2015 is a great year for water. Last week in New York the United Nations General Assembly decided to upgrade water to one of the global sustainable development goals.  And for the first time, the Climate Conference to take place in Paris, will be opening a true debate on the consequences of climate change on water resources security. Let’s not spoil our pleasure.  The water cause has at last been recognised.  Rhetoric is gradually emerging as concrete projects, everyday actions. Yes, water is a magnificent cause.  It should be a struggle fought by all of us at each instant so that the time for debate gives way to the time for commitment.”

The “Climate Change Award” was presented to Mr Bill McKibben, writer, ecologist and founder of the association “350.org”, the first worldwide popular movement to focus on climate change.

“I am so honored to accept this award on behalf of the climate movement worldwide. A movement that sprung up in recent years among people of all stripes and that works so hard in collaboration with institutions like Your Foundation which does so much crucial work. This, as you know, is a year of great decision. On the one hand, we are facing the highest temperatures ever recorded on the planet. July was the hottest month that we ever measured on our earth. And the results, especially along the oceans are so foreboding: the great bleaching of the coral reefs, the steady acidification of the oceans, and the rising level of the seas. But at the same moment there is a rising tide of human willingness to take on this biggest problem, to stand up to the small number of fossil fuel companies that continue to cause it.”

The “Biodiversity Award” went to Mr Emmanuel de Merode for his outstanding commitment to the protection of biodiversity for the past twenty years in the national parks of the Democratic Republic of Congo (DRC) and in particular the Virunga Park.   His work has involved supporting national park wardens in the field during the civil war which cost the lives of over five million Congolese people.

"I'm deeply grateful to accept this award on behalf of the rangers of Virunga National Park, many of whom have given up their lives in the struggle to restore peace in Eastern Congo.  We would like to express our sincere thanks to the Prince Albert II of Monaco Foundation for this recognition which helps to bring attention to their often unreported sacrifice and their efforts to bring development to a region that is still affected by armed conflict."

The highlight of the awards ceremony was the world première of the film Les Saisons, the latest opus by Jacques Perrin and Jacques Cluzaud, producers of the film « Ωceans » presented to the general public for the first time in 2009 at the second edition of the Foundation’s Awards Ceremony.

"After Ωceans, I am delighted to present the world premiere of our new film Les Saisons on the occasion of the Prince Albert II of Monaco Foundation's Award Ceremony. Les Saisons is a unique and moving saga which recounts the turbulent history shared by human-beings and wild animals since the last ice age to the modern day." Jacque Perrin

Synopsis: After exploring meadows in the same way as a jungle inhabited by strange and fabulous creatures, after spanning the globe alongside migratory birds and surfing the oceans in the company of whales and manta rays, Jacques Perrin is back with this new opus on more familiar lands.  He invites us to embark upon a magnificent voyage through the ages to rediscover these European territories which we have shared with wild animals from the last ice age to the current day. The Seasons is a moving and unique epic which recounts a long and turbulent common history linking humankind to the living world.

The film Les Saisons will be released in cinemas on 27 January 2016.

As one of the Prince Albert II of Monaco Foundation’s missions is to promote and encourage remarkable initiatives and innovative solutions including through the distribution of awards and scholarships, the awards ceremony also provided an opportunity to honour students for the quality of their work in the climate change sector.  As part of the agreement signed with the Intergovernmental Panel on Climate Change (IPCC), represented by Mr Bruce Stewart, the Prince Albert II of Monaco Foundation and the Cuomo Foundation, represented by Ms Elena Cuomo, presented scholarships to ten young researchers:

The eighth edition of the Prince Albert II of Monaco Awards Ceremony benefitted from the support of Swiss watchmakers, Rolex, in addition to the Swiss cosmetics brand, La Prairie and Corsican mineral waters, Orezza.

On the same day, several events were also organised by the Prince Albert II of Monaco Foundation as a prelude to the Awards Ceremony:

19th Board of Directors meeting

H.S.H. the Sovereign Prince presided over the 19th meeting of his Foundation’s Board of Directors at the Prince’s Palace.  The meeting gave the Board members the opportunity to look at the progress made on projects supported by the Foundation, to approve the estimated budget 2016 and to examine ten or so new projects which may benefit from the Foundation’s financial support.

Opening of the exhibition “Les Saisons”

After turning the spotlight on birds in « Le Peuple Migrateur » and the underwater world with « Oceans », Jacques Perrin and Jacques Cluzaud have chosen for their new documentary to showcase the poetic history of Europe spanning the past 15,000 years, filmed exclusively from the point of view of animals.

Thanks to this exhibition created by the photographers present at the shooting locations, the public will be able to discover the adventures of various animals in response to climate change in a Europe under the increasing influence of humans.

The exhibition Les Saisons is open to the public until 8th November 2015 at the Galerie des Pêcheurs.

The Prince Albert II of Monaco Foundation has signed a partnership agreement with Rewilding Europe to formalise their wish to implement joint action and to define the framework of their cooperation in favour of the preservation of biodiversity and the protection of endangered species and their habitats.

With the support of H.R.H. Princess Laurentien of the Netherlands, who is a Special Advisor to Rewilding Europe, the two organisations had already been able to identify potential concrete areas for cooperation such as the conservation of Mediterranean landscapes rich in biodiversity, the protection of emblematic species in Europe and the restoration of their habitats, help to improve the resiliency of deltas in the face of climate change and finally, mass media & public campaign about Europe’s biodiversity.

During the signing, Mr. Frans Schepers stated that he is excited to explore cooperation with the Prince Albert II of Monaco Foundation, with both real action on the ground and a strong communication effort in support of Europe’s natural heritage. 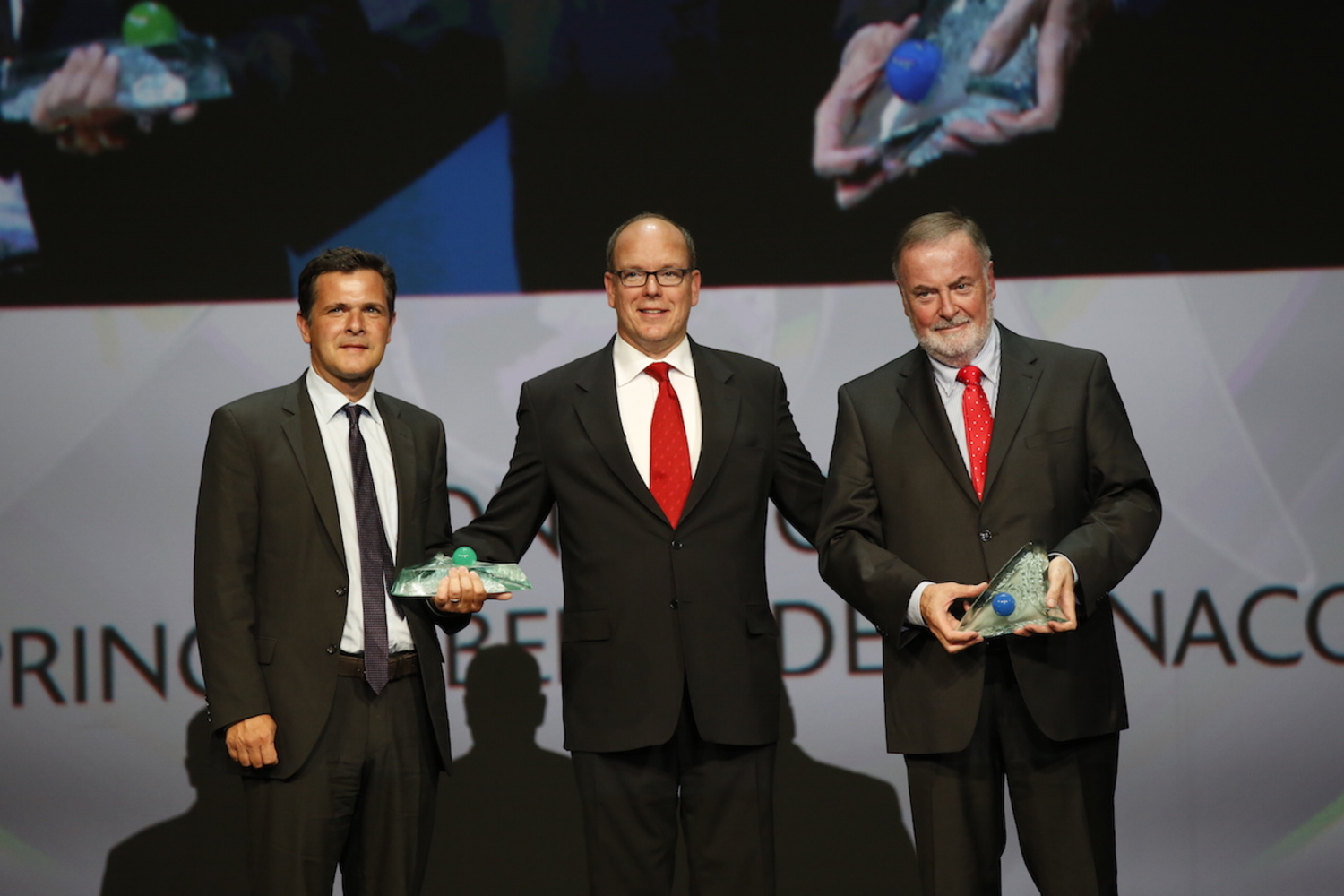 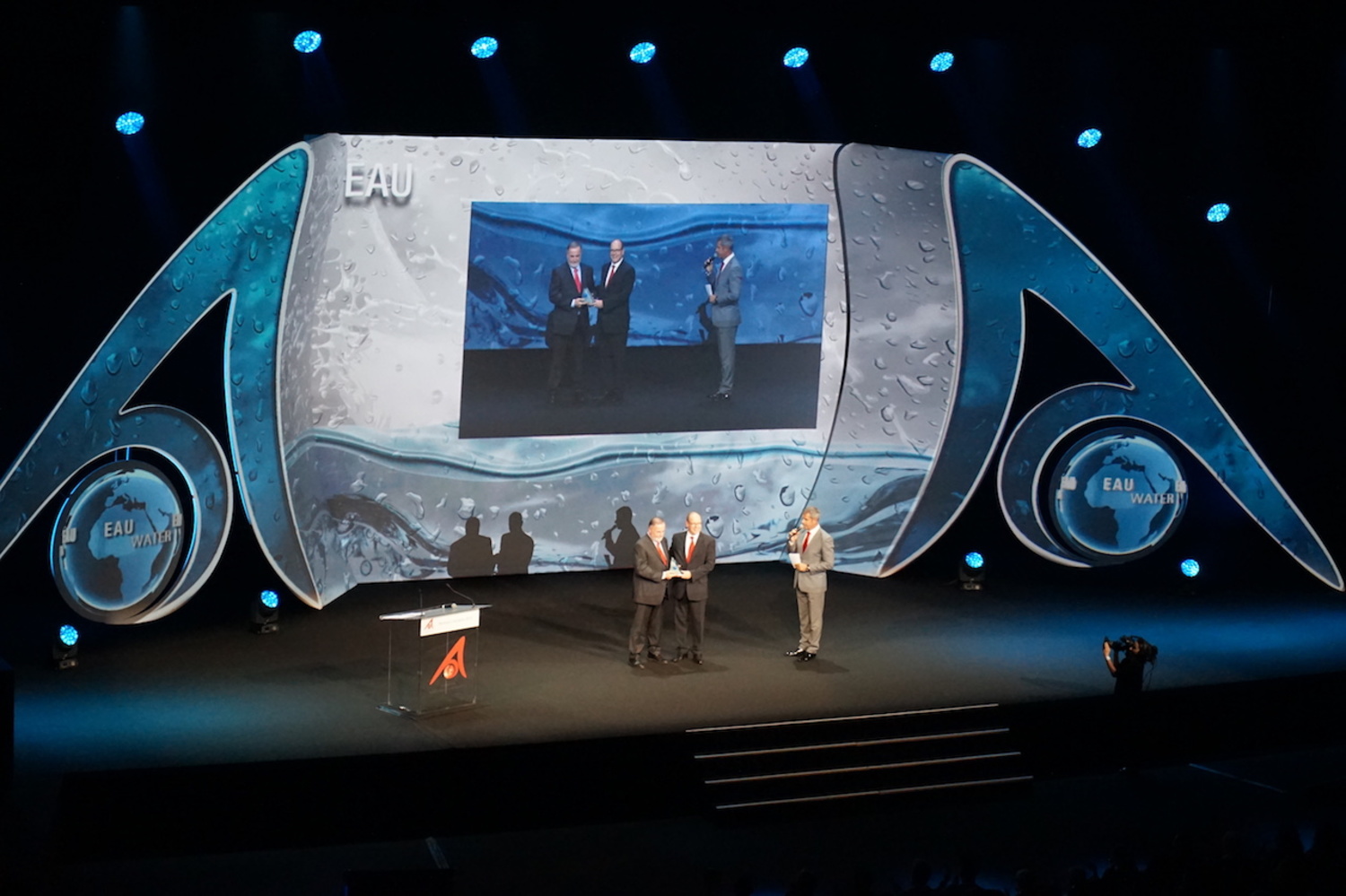 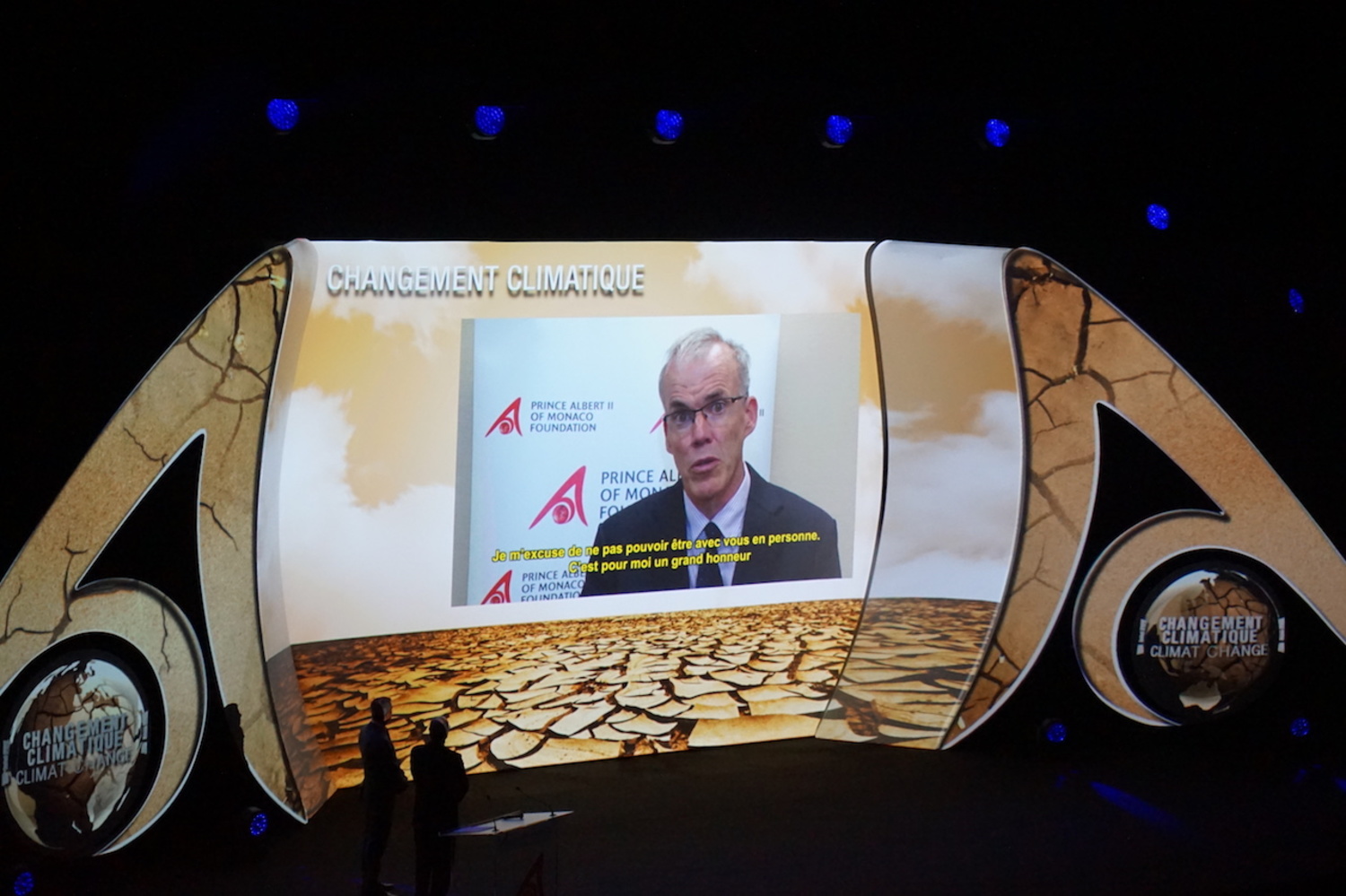 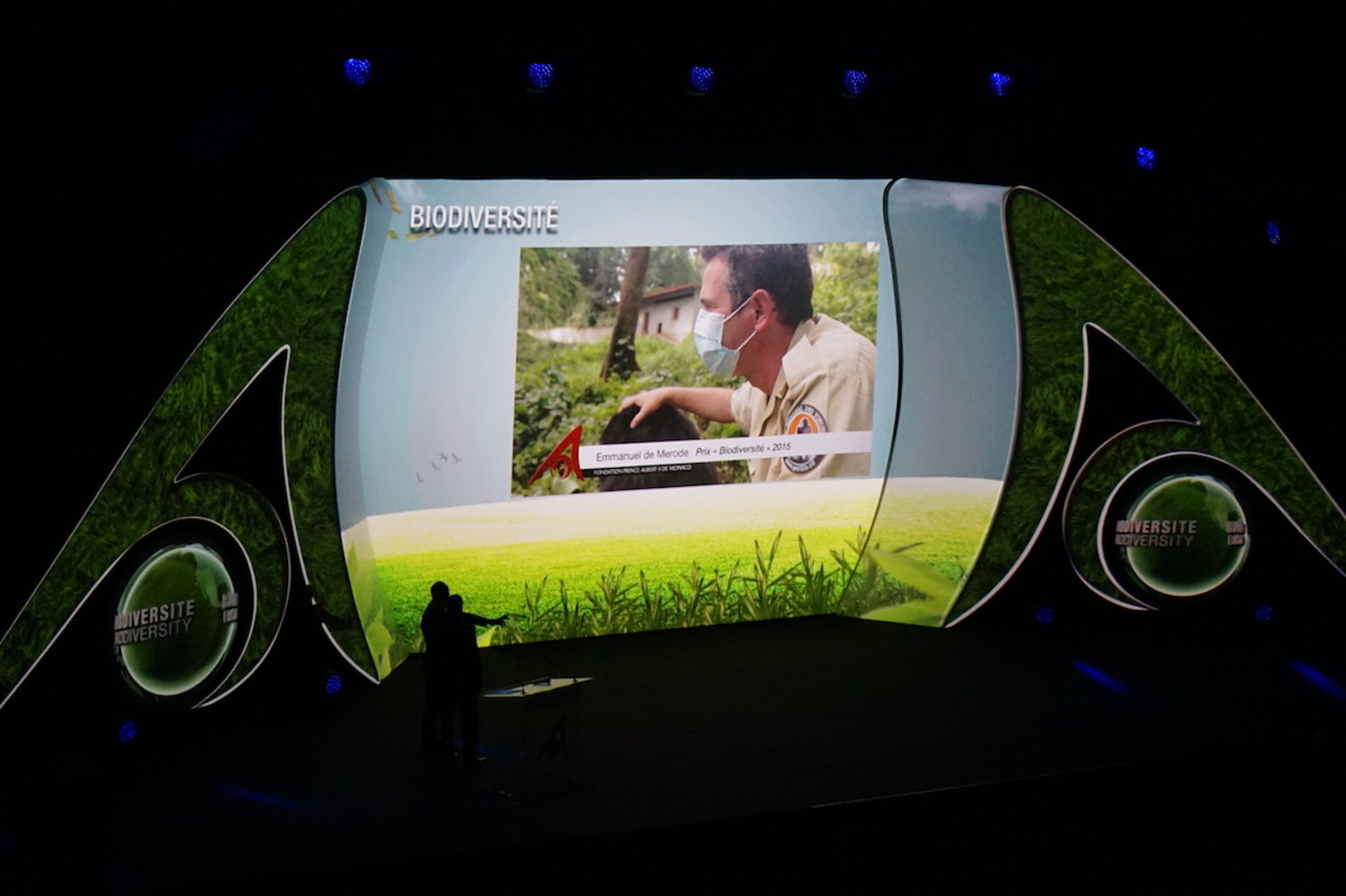 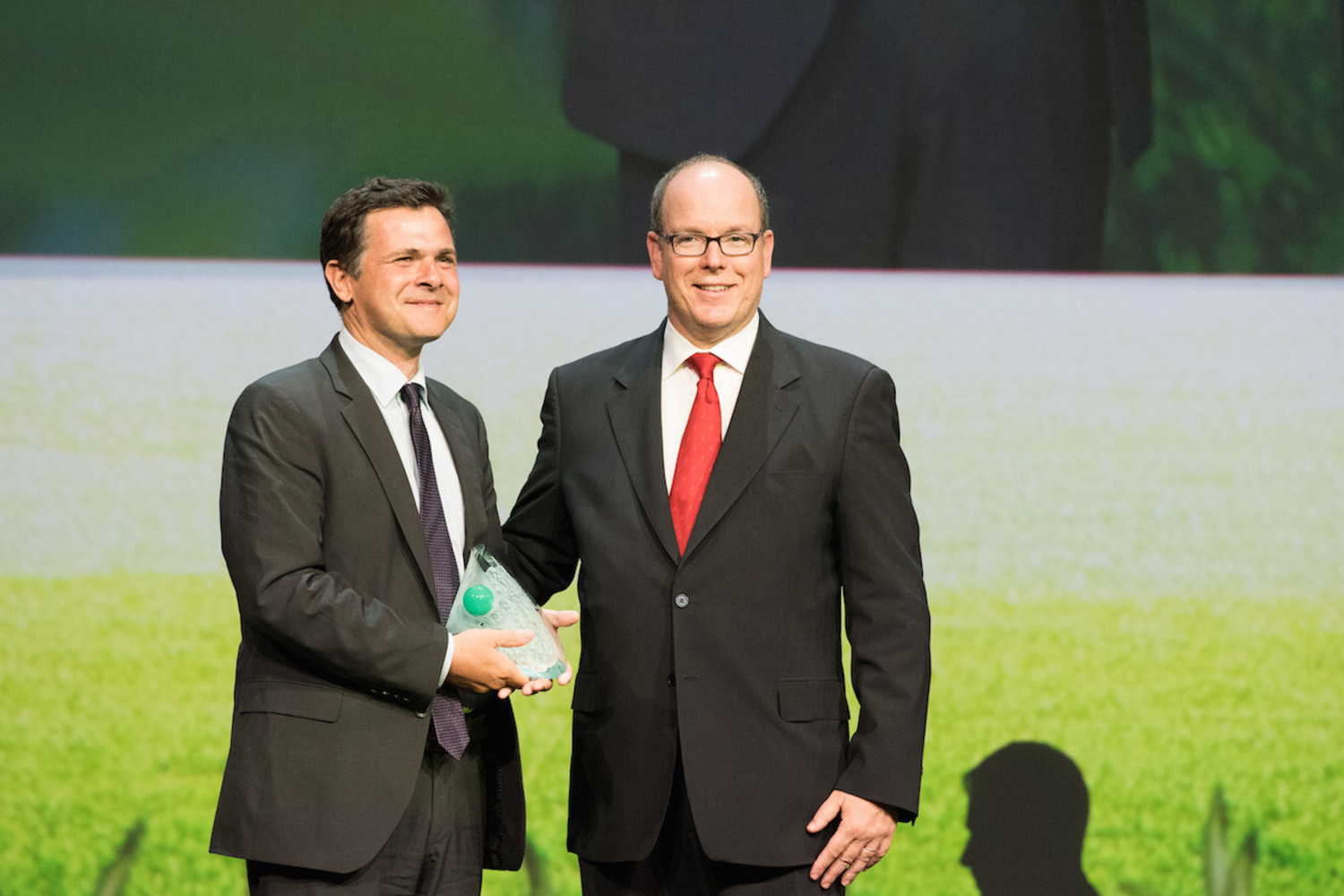