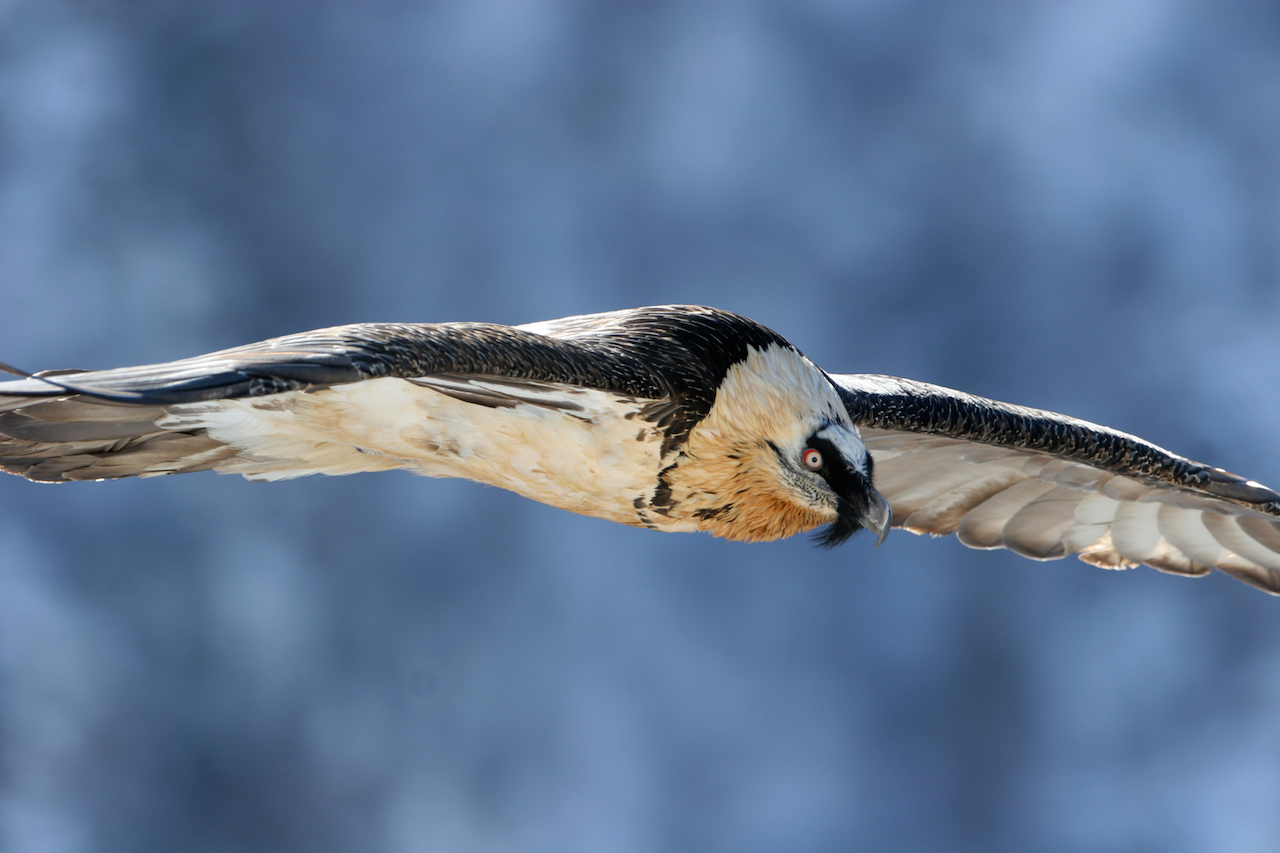 About 80 ornithologists, conservation planners, protected area staff, zoo experts and NGO representatives have met this weekend in Barcelonnette (in the Mercantour national park), to discuss the latest news on the bearded vulture alpine reintroduction project and plan the next steps.

Bearded vultures were extirpated from the Alps 100 years ago - the last bird was shot not too far away from Mercantour, in the Italian Alps, in 1913. A project to reintroduce them back to the mountains, using young from captive breeding, started in the late 70s, with the first birds released in 1986. The first breeding in the wild happened in 1997. So far 203 birds were released in the Alps (4 in 2014), and the species has been restored to these mountains – in fact the population has been increasing exponentially, with the last breeding season registering a new record. There are now 9 pairs in France, 10 in Switzerland, 9 in Italy and 3 in Austria.

The meeting was attended by experts and conservation staff from protected areas, NGOs, government departments, zoos, captive breeding centers and universities from the alpine range states (France, Italy, Switzerland and Austria), but also from Portugal, Spain, Czech Republic, Germany, Macedonia and Armenia. These experts discussed the latest results, and planned the season ahead. The project is now entering its final phase, with releases continuing for a few more years mainly to increase the genetic diversity of the population (still low due to the captive origin of the released birds) and to secure the establishment of links with the Pyrenean population.

Releases next year are planned in Alpi Marittime, and the Swiss Alps. Birds will also be released in the two other reintroduction projects ongoing, in the French massif central (Grans Causses- Cevennes) (precisely to secure a corridor to the Pyrenees) and in Andalusia. Results from the captive breeding were also discussed – there are now 37 pairs in captivity (out of a total of 153 captive birds) across the network, including specialized captive breeding centers (managed by the VCF, Junta de Andalucia, ASTERS and Goldau), and 35 zoos.

The meeting also discussed pressing conservation issues with the species in Corsica (where there are only 5 pairs left), Morocco, Crete, and the Caucasus, and developed a plan to restore the species across its former European range.

Philippe Mondielli, Scientific Director of The foundation who participated at the meeting has presented “Bearded vultures in the alps, the view from a funder”. The meeting was organized by the National Parks of Mercantour and Alpi Marittime, with financial support from Fondation Prince Albert II de Monaco. 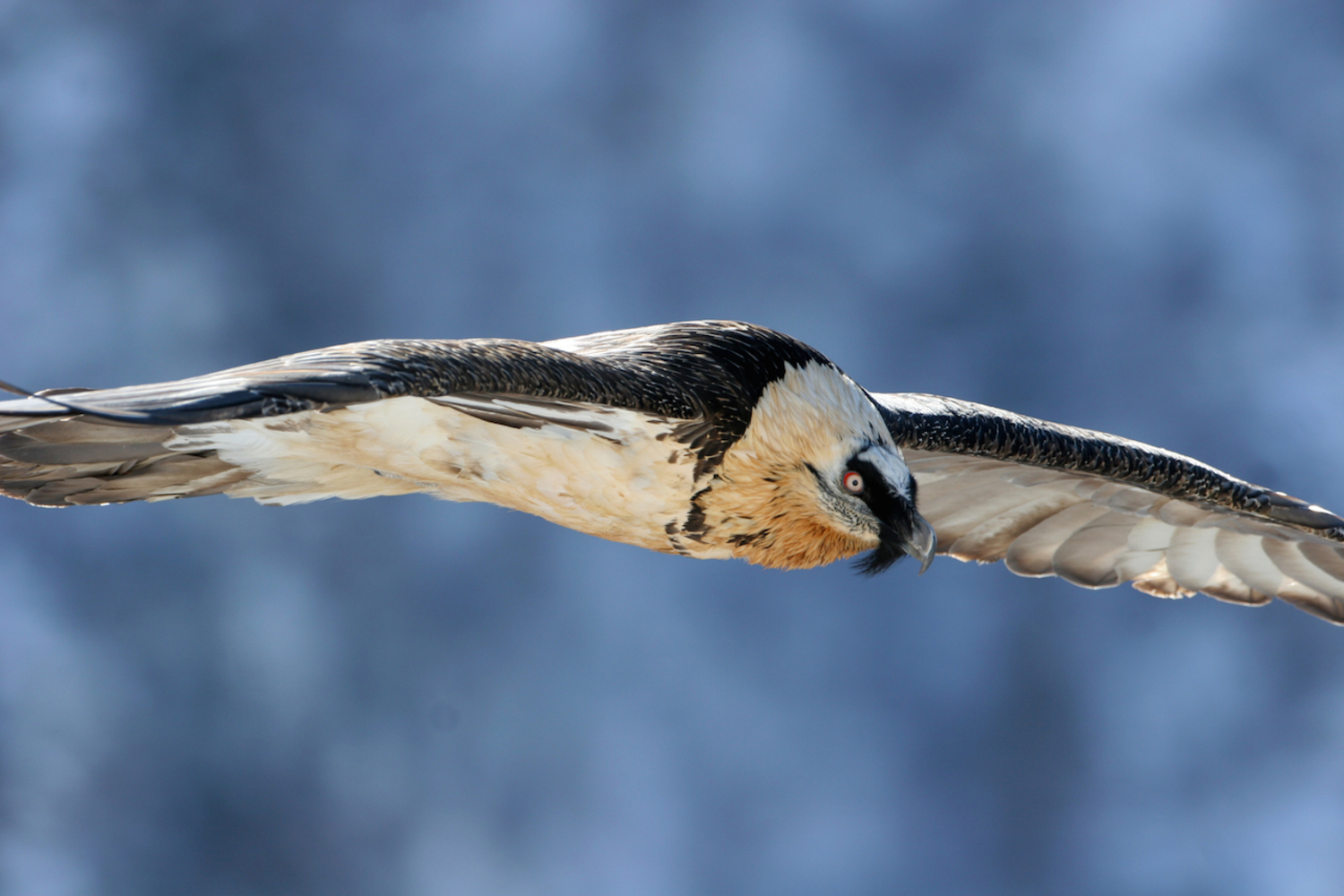 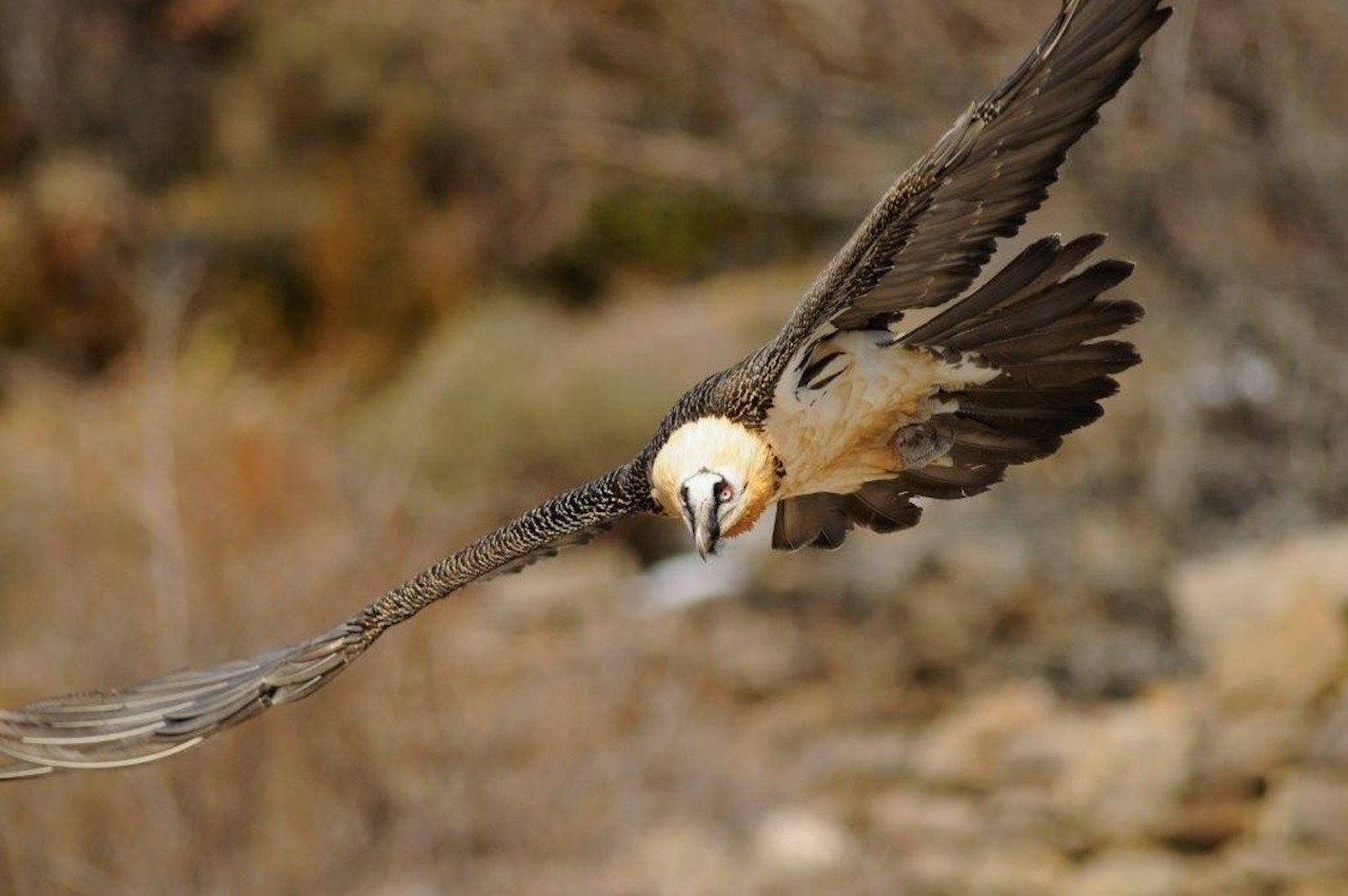 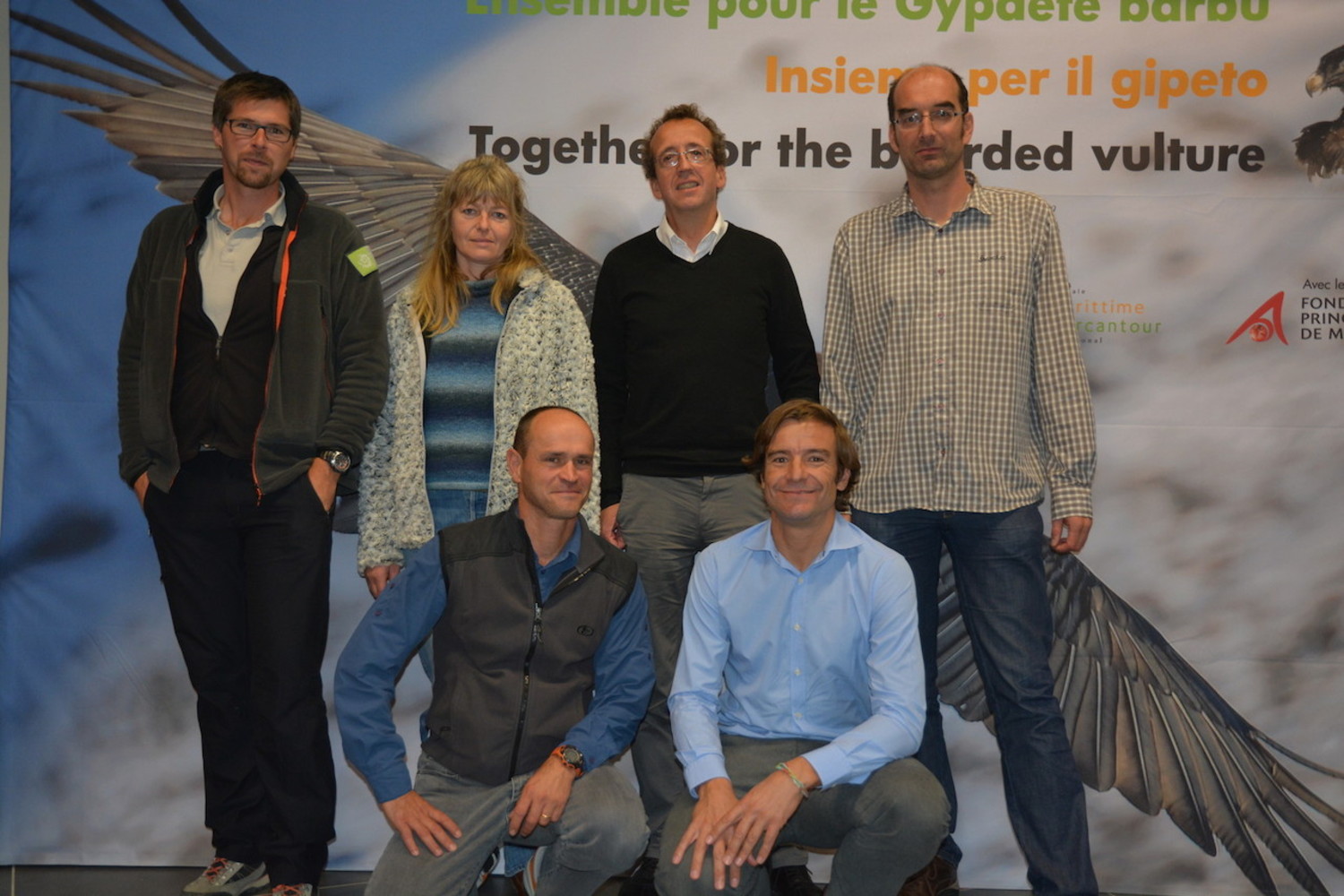 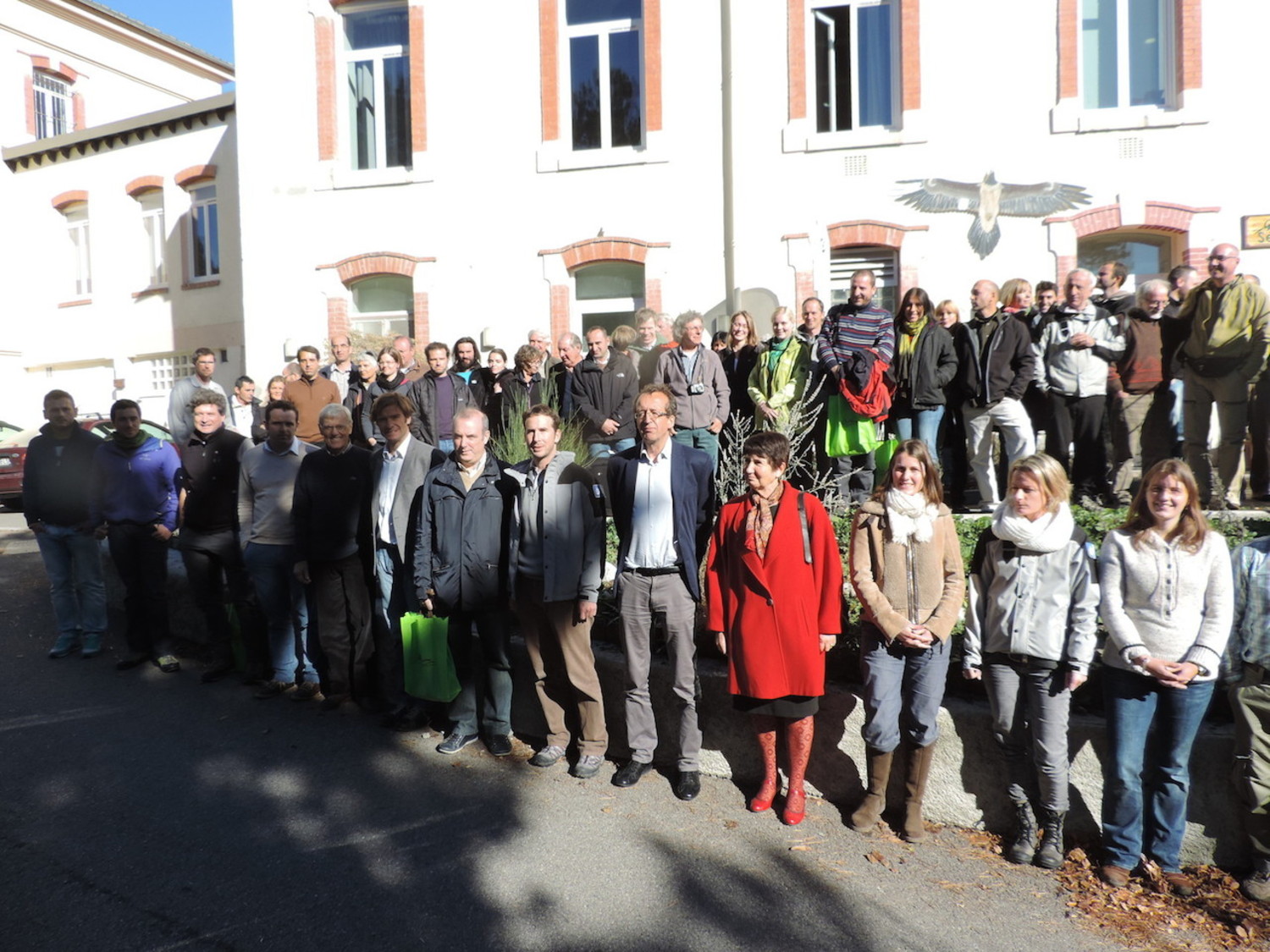