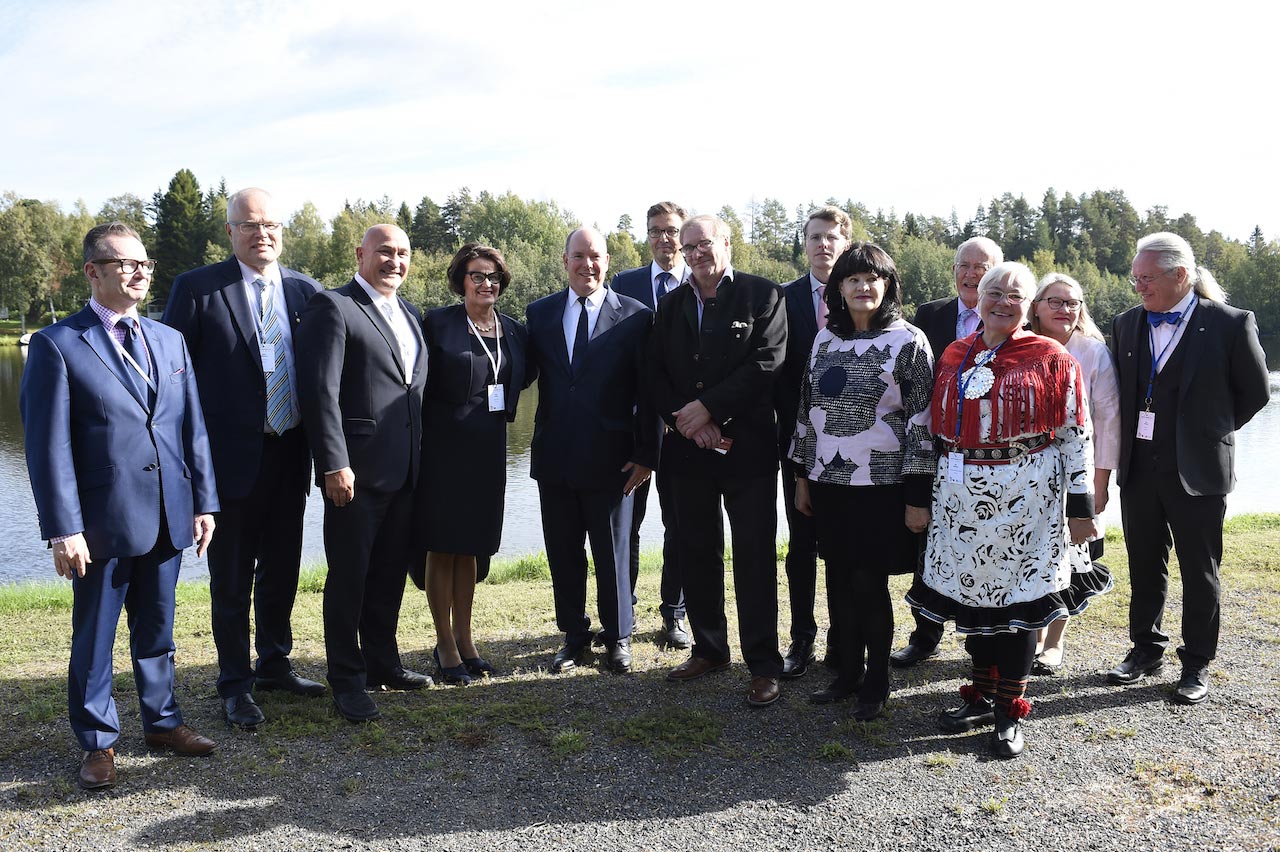 His Serene Highness the Sovereign Prince was a guest speaker at the official opening of the second UArctic Congress organised by the University of the Arctic (UArctic), together with Juha Sipilä, the Finnish Prime Minister, and Aleksi Härkönen, Chair of the Senior Arctic Officials of the Arctic Council. A panel discussion on the theme of “Arctic Agenda 2030: a Challenge?”, moderated by Lars Kullerud, President of UArctic, concluded the opening session.

Political decision-makers, institution leaders, representatives from Arctic indigenous communities, scientists and students from the circumpolar North came together to discuss key issues such as the future of sustainable development in the Arctic region, the impact of climate change and human activity on the environment, and how universities can work to improve living conditions in northern regions. The packed 2018 programme addressed the core themes and priorities of Finland’s Arctic Council Chairmanship, including the goals of the United Nations’ 2030 Agenda for Sustainable Development and the Paris climate agreement.

Nearly 600 participants from over 30 countries attended the talks, concerned about the future of the polar region and conscious of the many environmental issues it faces. While education is one of the main priorities of Finland’s Arctic Council Chairmanship, knowledge exchange is seen as a cornerstone for the development and empowerment of local communities. The UArctic Congress contributes significantly in that regard.

During his speech, HSH Prince Albert II of Monaco emphasised the importance of joining forces to protect this region of the world that is spanned by several states and whose issues are both local and global. The University of the Arctic plays an essential role in that respect by establishing a vision and common values â€‹â€‹for the future of the region and the world. Because “thinking about the Arctic in 2030 means reflecting on the balance of our planet and its future. It means, quite simply, reflecting on the world in 2030. And therefore our ability to take action by then. "Fighting climate change, establishing protected areas and creating a new model of sustainable, low-carbon economic development are levers that must be put in place today in order to change the situation by 2030. HSH Prince Albert II of Monaco reminded those present of the importance of scientific knowledge in understanding those challenges, highlighting his request to the IPCC to draw up an interim report “specifically devoted to the planet’s oceans and frozen regions, among which the Arctic obviously occupies an essential place."

It is crucial that the challenges facing the Arctic are put in the spotlight at major international diplomatic meetings, such as at the United Nations, because they require concerted, co-ordinated action. The work carried out by the Arctic Council demonstrates the Arctic countries’ interest in working together towards a sustainable future for this polar region. That is a clear and encouraging sign for the protection of the Arctic.

Finally, the Sovereign Prince celebrated the partnership connecting his Foundation to the University of the Arctic. The two organisations signed an agreement eight years ago to carry out complementary initiatives in the fields of research development, educating the Arctic peoples, tackling climate change and improving knowledge about northern environmental issues.