Because the Ocean : A high level call for an ambitious ocean outcome at COP26

On October 31, 2021,  Opening Day of COP26,  the Because the Ocean initiative launched its 3rd declaration spreading the resounding message  that ocean protection is climate protection.

The Declaration – described as “a plurilateral initiative in support of a multilateral ocean outcome at COP26” – calls for the adoption of a COP26 decision encouraging all Parties to the UN Climate Convention, to integrate ocean-climate-biodiversity linkages in their plans to implement the Paris Agreement, and to recognize the need for more ambition on all sides to tackle climate change and protect the ocean.

Signatories to the Declaration affirm that they will:

The ocean is often described as the engine room of the climate system and HSH Prince Albert II of Monaco today highlighted the essential role the ocean plays in climate regulation by absorbing more than 25% of CO2 emissions and 90% of the excess heat due to global warming. He also referenced the impacts on marine life caused by warming ocean waters, changes in ocean currents, and ocean acidification, as well as the effects of sea level rise on coastal environments, and the growing number of ocean-related extreme weather events.

The Sovereign Prince said, “We need to explore the role of the ocean fully and increase our knowledge of it. To develop conservation tools, to strengthen the resources employed to promote it, to improve its governance and to take greater account of ocean issues at all UN negotiations.”

Incredibly, despite the critical ocean-climate connection, it was not until COP25, held in Madrid in 2019 under the Chilean Presidency, that the integration of the ocean into the work of the UN Climate Convention really began. Now, out of the 120 Nationally Determined Contributions (NDC’s) submitted ahead of COP26, in accordance with the Paris Agreement, 80 make reference to ocean action, leading COP25 President Carolina Schmidt to announce today, after handing over the COP Presidency to the UK, that “from now on, the COP is blue, and all COPs will remain blue”.

Today’s launch of the 3rd Because the Ocean Declaration is just the beginning as more countries are expected to join the initiative throughout COP26. 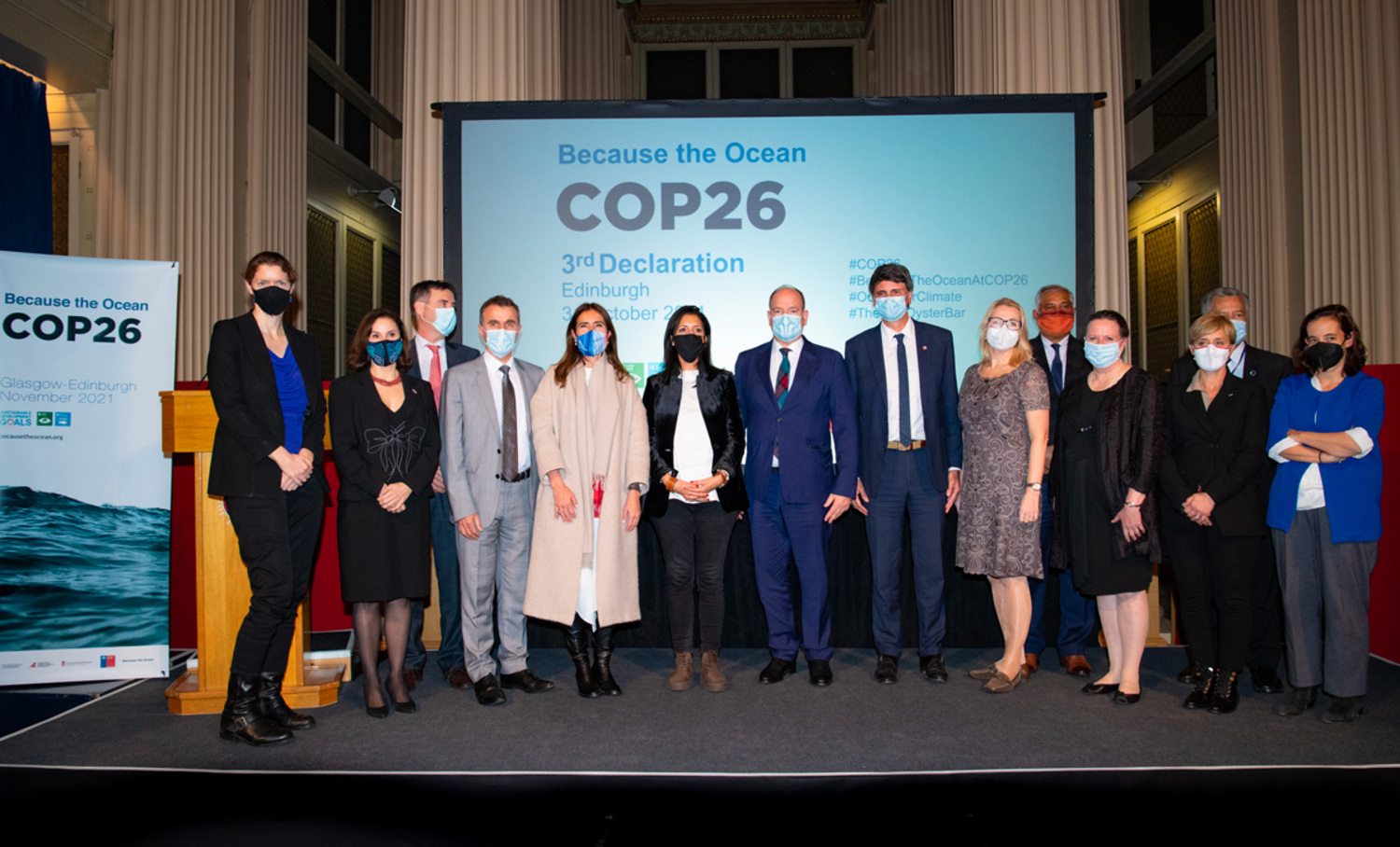 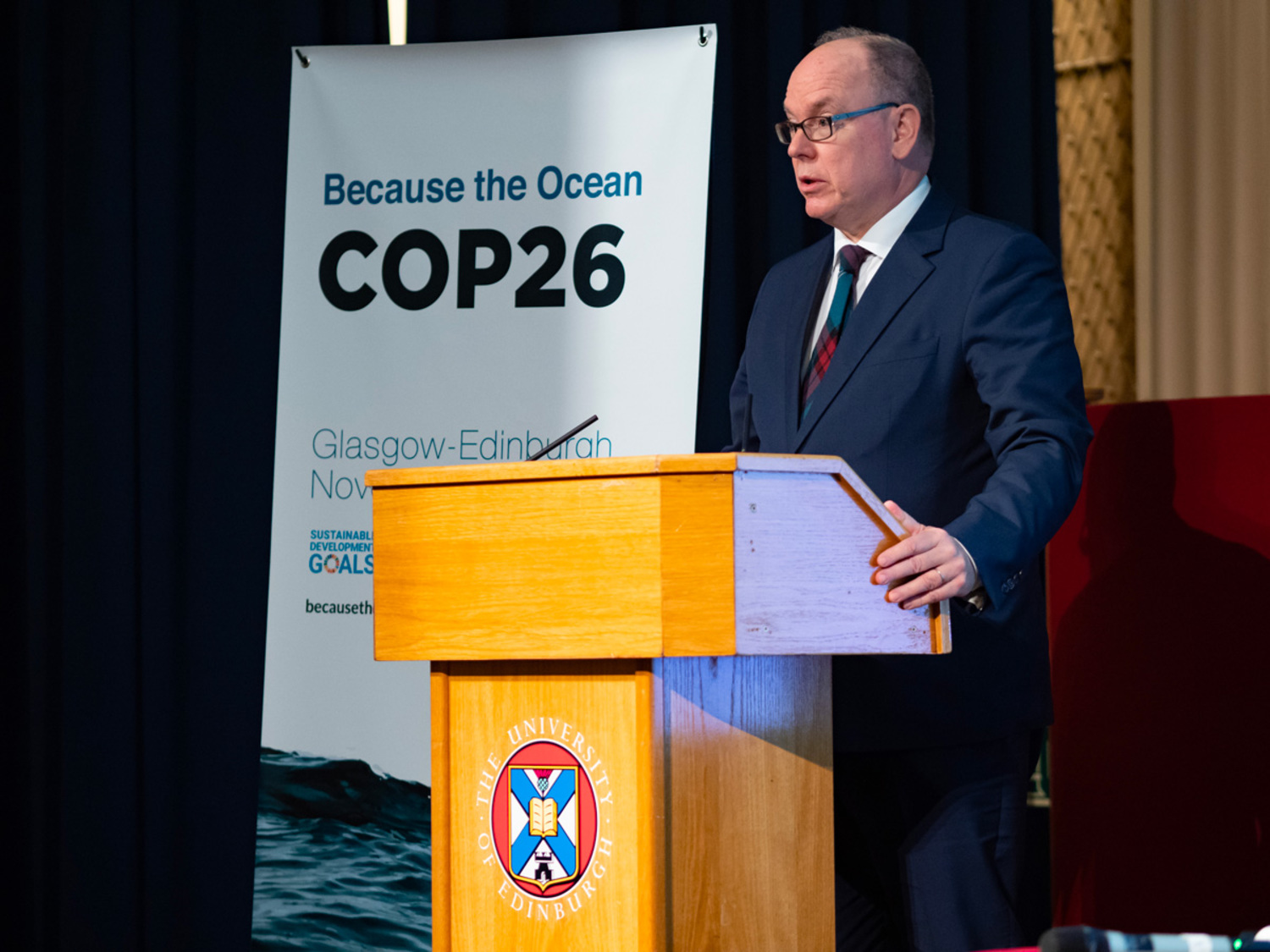 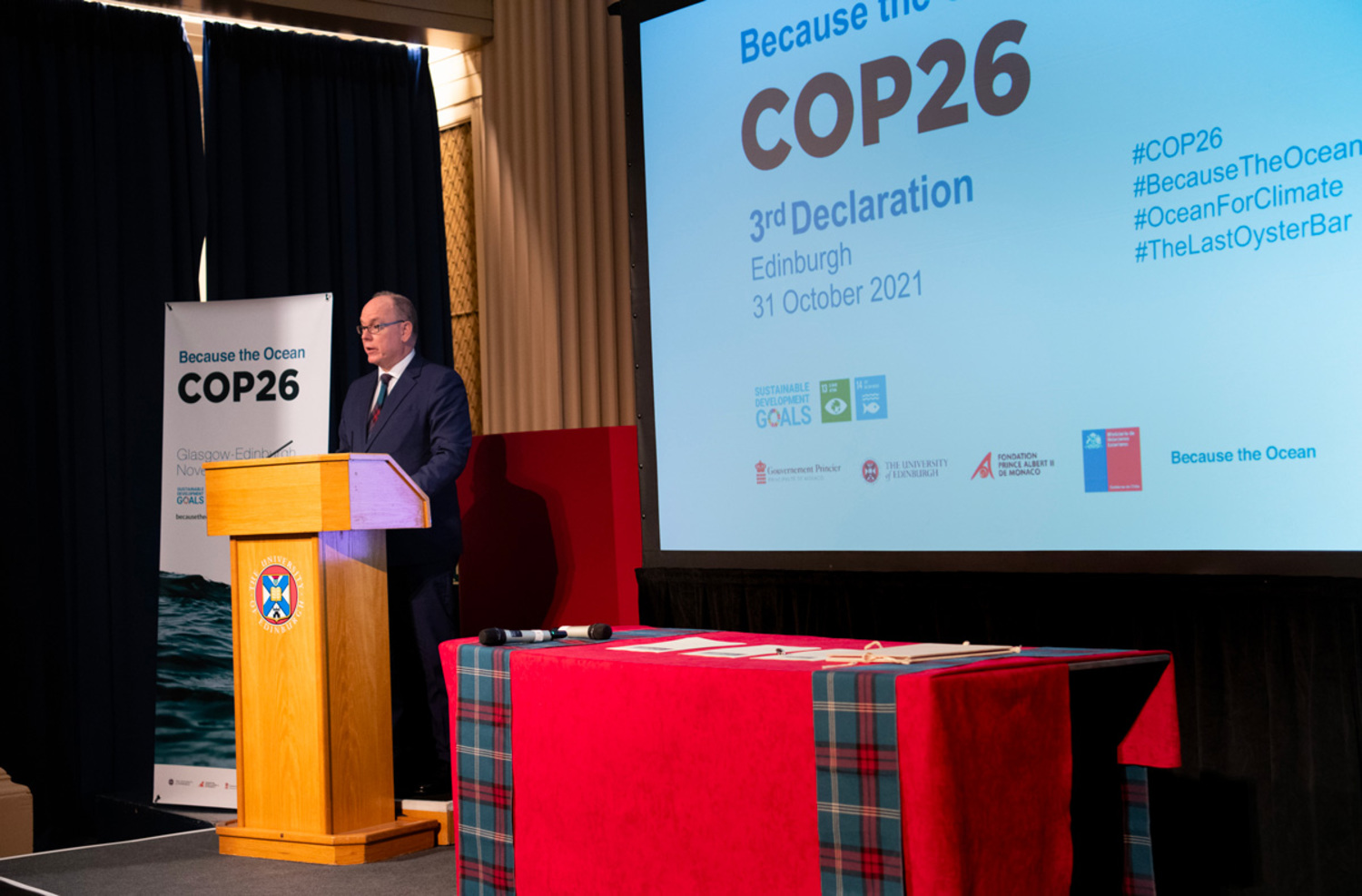