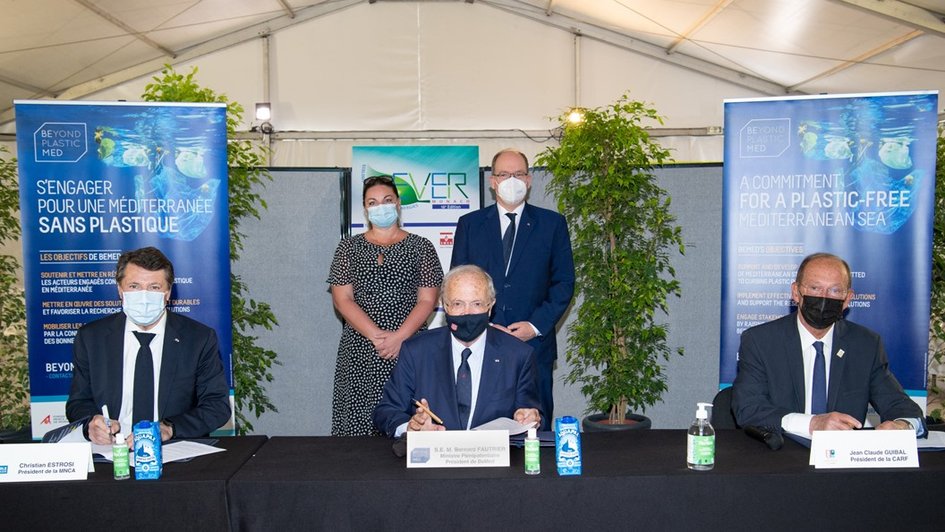 BeMed: Acting collectively to reduce plastic pollution in the Mediterranean

On the occasion of the EVER 2021 exhibition, H.E. Mr Bernard FAUTRIER, Minister Plenipotentiary, President of the Beyond Plastic Med (BeMed) association and Alexandra VALETTA-ARDISSON, Member of Parliament for the Alpes-Maritimes region, have brought together public establishments of inter-municipal cooperation (EPCI) from the Alpes-Maritimes and Corsica to record their commitment to reduce the use of plastics and to fight plastic pollution in the Mediterranean.

80% of plastic waste in the sea originates from land-based sources. Whatever their size, packaging, plastic bags, masks and gloves are a real scourge for our seas and oceans. It is therefore essential to protect and preserve our marine and coastal ecosystems.

Since 2015, BeMed, founded in Monaco by the Prince Albert II of Monaco Foundation, the Tara Ocean Foundation, the MAVA Foundation, Surfrider Europe Foundation and the International Union for Conservation of Nature (IUCN), has been working to reduce this scourge. In order to limit the arrival of plastic waste in the marine environment, the commitment of all is essential, which is why it has been proposed to the EPCIs of the Mediterranean region who wish to join this initiative.

On Thursday 6 May 2021, in the presence of H.S.H. Prince Albert II of Monaco, they signed a Memorandum of Understanding aimed at setting up collaborations and developing the complementarity of their actions to reduce the use of plastic and fight against plastic pollution in the Mediterranean Sea. Technical and scientific cooperation, support for joint projects, promotion of actions, dissemination of experience and sharing of good practice are all ways of strengthening the effectiveness and impact of these organisations. 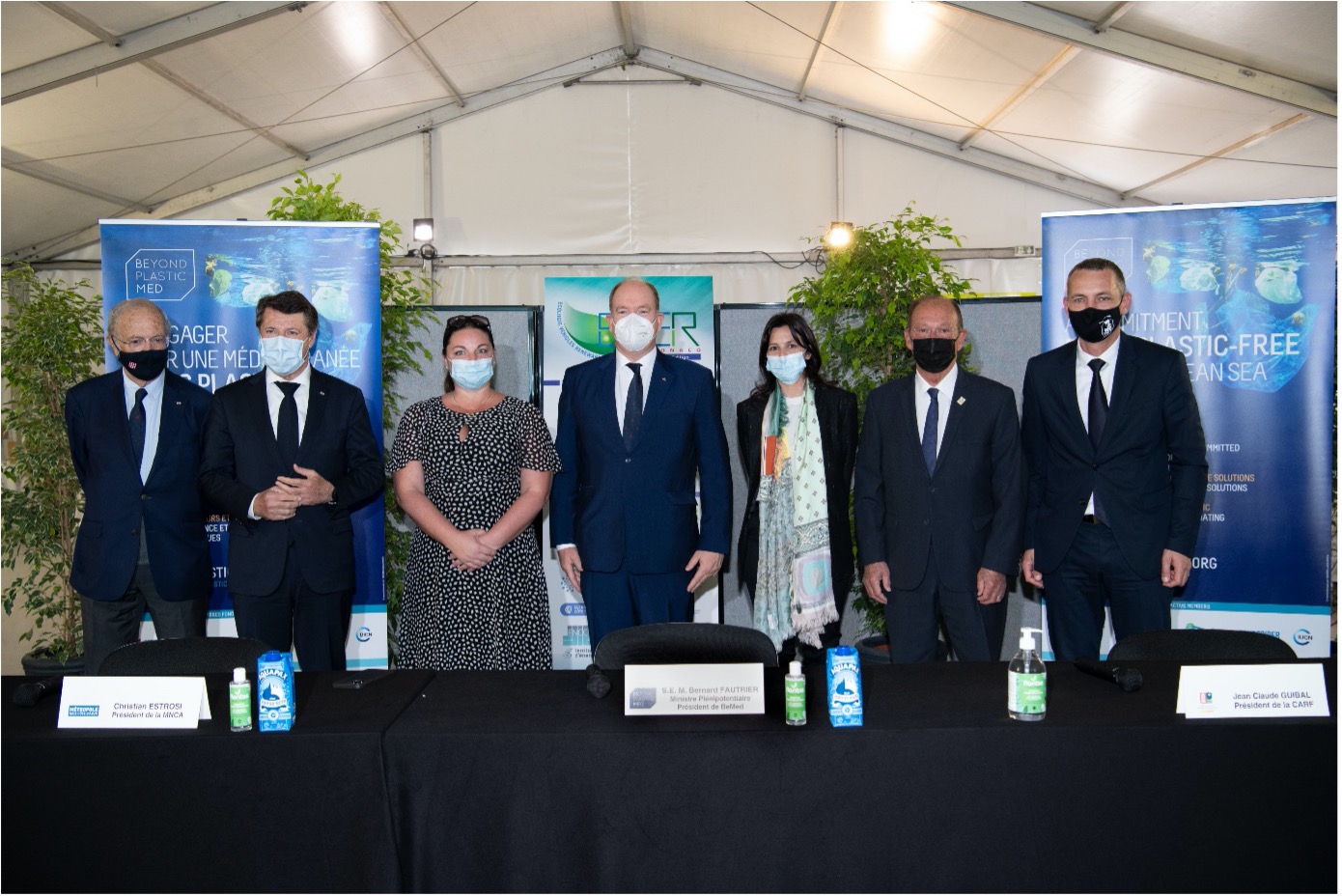 Signature of a memorandum of understanding aiming at reducing plastic pollution in the Mediterranean between the Beyond Plastic Med association and the public establishments of intercommunal cooperation (EPCI) of the Alpes-Maritimes and Corsica. In the presence of H.S.H. Prince Albert II of Monaco (centre from left to right) H.E. Mr Bernard FAUTRIER, Minister Plenipotentiary, President of the Beyond Plastic Med association, Mr Christian ESTROSI President of the MNCA, Mrs Alexandra VALETTA-ARDISSON Member of Parliament for the Alpes-Maritimes, Mrs Valérie BOZZI President of the CCPOT, Mr Jean-Claude GUIBAL President of the CARF and Mr Charles VOGLIMACCI Community Councillor delegated by the CAPA Crédit photo : Gaetan Luci Palais Princier