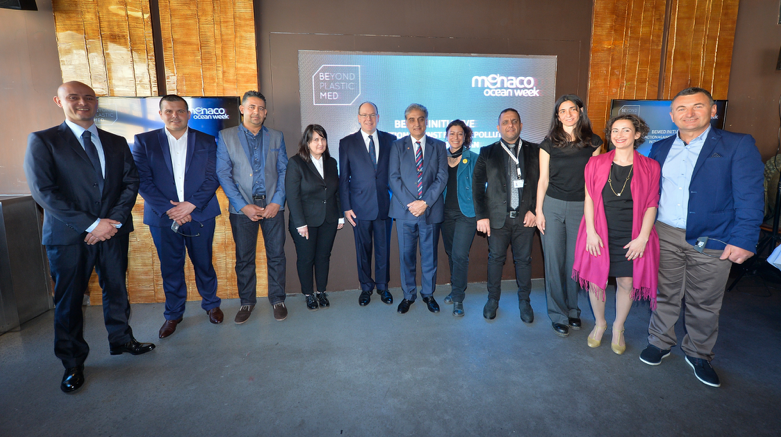 Call for BeMed projects: the winners - Eleven initiatives for combating plastic pollution were honoured, in the presence of H.S.H. Prince Albert II of Monaco

Plastic pollution in the oceans is one of the most worrying environmental disasters threatening our future. When plastic is dumped into the environment, it can take up to 500 years to disappear.

Considering the impact that this plastic pollution has on marine ecosystems and resources, as well as on the quality of water and human health, the Prince Albert II of Monaco Foundation, the Surfrider Foundation Europe, the Tara Expeditions Foundation, the Mava Foundation and IUCN decided to join forces within the “Beyond plastic Med” (BeMed) Task Force, in order to mobilise and raise the awareness of civil society through specific actions.

The goal here is to create a Mediterranean network of local stakeholders (NGOs, groups, private stakeholders) committed to the fighting against plastic pollution, in order to develop exemplary projects.

Thus, in January 2017, BeMed launched a call for micro-initiatives involving all the countries in the Mediterranean Basin, in order to provide financial support to local projects aiming to reduce the plastic pollution on shores and in the sea. Eleven projects from Greece, Italy, Turkey, Cyprus, Albania, Lebanon, Tunisia and Montenegro were honoured in Monaco on 30 March 2017, in the presence of H.S.H. Prince Albert II of Monaco, within the context of Monaco Ocean Week, which is currently being held in the Principality and is due to end on 4 April.

The winners of the BeMed call for projects and H.S.H. Prince Albert II of Monaco

The winners of the 1st BeMed call for projects

The aim of this initiative is to assess the situation regarding the use and elimination of plastic bags on Skiathos Island, to encourage public participation through improved education and to favour educational activities at local, regional and national levels.

Beach cleaning sessions will thus be organised in order to make as many people as possible aware of this issue and to change people’s mentality. Reusable cotton bags will be handed out to the local population, in order to propose an alternative solution to plastic bags.

The city of Edirne stands at the confluence of three rivers, whose waters and the plastics they transport flow into the Mediterranean Sea. The initiative proposed by “Plastige Hayir!!” originated in an art project at Trakya University’s Art School, and it aims to raising the students’ awareness of plastic pollution. The students created original, entertaining infographics allowing the project to reach a variety of audiences.

This initiative involves the organisation of three awareness-raising workshops on plastic pollution, aimed at local stakeholders. The stakeholders (municipalities, waste management companies, shellfish wholesalers) who attend these workshops will tackle the issues of marine litter and plastic pollution, the impact of the use of plastic items in fishing and aquaculture on the environment, and the solutions to be implemented in order to reduce the presence of plastic both on the coast and out at sea.

The aim of this initiative is to hold the professionals working in Cypriot beach bars, cafés and restaurants responsible, encouraging them to protect their stretches of beach and to reduce the volume of marine litter, notably the plastic items thrown away by their customers.

Several actions are to be implemented in order to achieve this: the organisation of a workshop bringing together representatives of the island's bars; the identification of the problems associated with the plastic waste management and the focusing of their attention on simple, effective solutions; the preparation of a "best practices" guide; as well as the launching of a huge awareness-raising campaign in summer 2017, which will be accompanied by a competition for beach bars in order to find the one that does the best job at reducing plastic waste.

“Plastic Free Beaches” aims to eliminate the problem of plastic litter on 30 coastal locations in Italy, Albania, Croatia and Greece. Focusing on raising the awareness of swimmers, local institutional and economic stakeholders, this project encourages the reduction of plastic litter and also promotes a more effective and sustainable management of tourism in the areas concerned.

The project will include the following activities: voluntary beach cleaning sessions; raising the awareness of swimmers (through participatory fun activities); the monitoring of the analysis of litter on beaches; training operators in the monitoring of beach litter and the use of the existing beach litter map; the organisation of workshops (for shellfish growers) on the loss and dispersal of fishing nets as well as on technological innovations in terms of biodegradable nets.

This initiative will make it possible to define, with the stakeholders (fisheries sector, researchers, political decision-makers, NGOs and the recycling sector) a strategy to reduce plastic pollution in the Albanian sections of the Adriatic and the Ionian Seas. At the end of the project, the data collected and the measures applied in the pilot areas, will help assess the marine plastic pollution on the Albanian coast and implement specific solutions.

Although the Lebanese coasts are strewn with the remains of nylon fishing nets, no organisation working in the country has focused on this problem.

The aim of this project is to raise the awareness of fishermen about the nylon nets that are thrown away out at sea or on the coast, and to implement a system for collecting and recycling abandoned nets.

The local initiative, “PlastiStop”, is based on several elements. The first involves the organisation of cleaning campaigns and waste collection: on beaches, in shallow coastal waters and also on the high seas, targeting the most vulnerable areas (coral reefs, caves, fixed traps made of palm leaves in Mellita).

The second involves the installation of a range of plastic collection accessories (boxes, bins, 10-litre drums) to address shortages in various facilities.

The third consists of training ten people (five fishermen and five students), who will then become Mediterranean representatives, responsible for raising public awareness and ensuring the sustainability of the initiative with the association.

The aim of the project is to inform local authorities and players involved in the tourist industry of the regulations and procedures needed to protect beaches from plastic litter, to organise workshops to inform the hotel industry about sustainable management practices for plastic waste, as well as to inform and encourage tourists to reduce their use of plastic during their stay in Cyprus.

Between the Adriatic and Ionian Sea

Around 200,000 people live in the coastal region of Vlora, which stretches from Porto Palermo on the Ionian Sea as far as the point where the River Vjosa flows into the Adriatic Sea. Day after day, the dumping of considerable amounts of waste into the sea is the result of an excessive use of bags and other plastic items, associated with poor management by the municipality.  The project aims to teach the community and the main maritime stakeholders to reduce their use of plastic materials. Lobbying and advocacy work with decision-makers will help encourage the preparation of a waste management plan. The project also includes plans for the imposition of high taxes on the plastic bags distributed in the region's markets. Finally, the project initiators would like to educate young schoolchildren further about the dangers of plastic and the means of limiting its use.

Recent studies of objects found on Mediterranean beaches (ARCADIS 2014, Öko-Institute, 2012) indicate the existence of mainly land-based pollution, 40 to 50 % of which is due to leisure activities. This project aims to raise the population’s awareness and to change people’s behaviour.

Velika Plaza’s snack bars will have the resources to allow them to take specific steps (information sheets, wooden cutlery, bins for plastic waste, etc.). Awareness-raising messages will be conveyed to swimmers in the form of posters and guidebooks. A photo competition will be organised on marine litter and cleaning up the coastline. 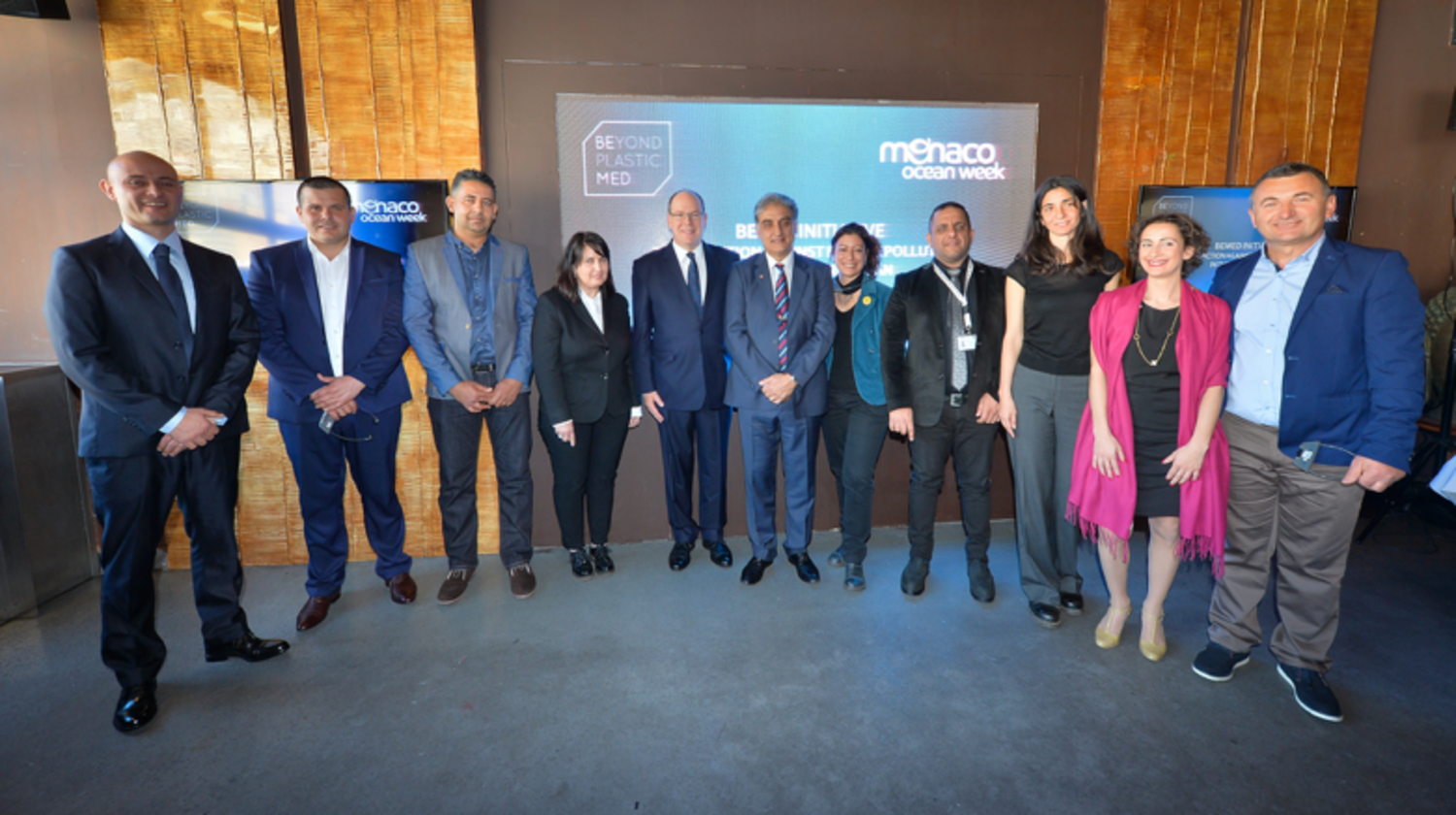