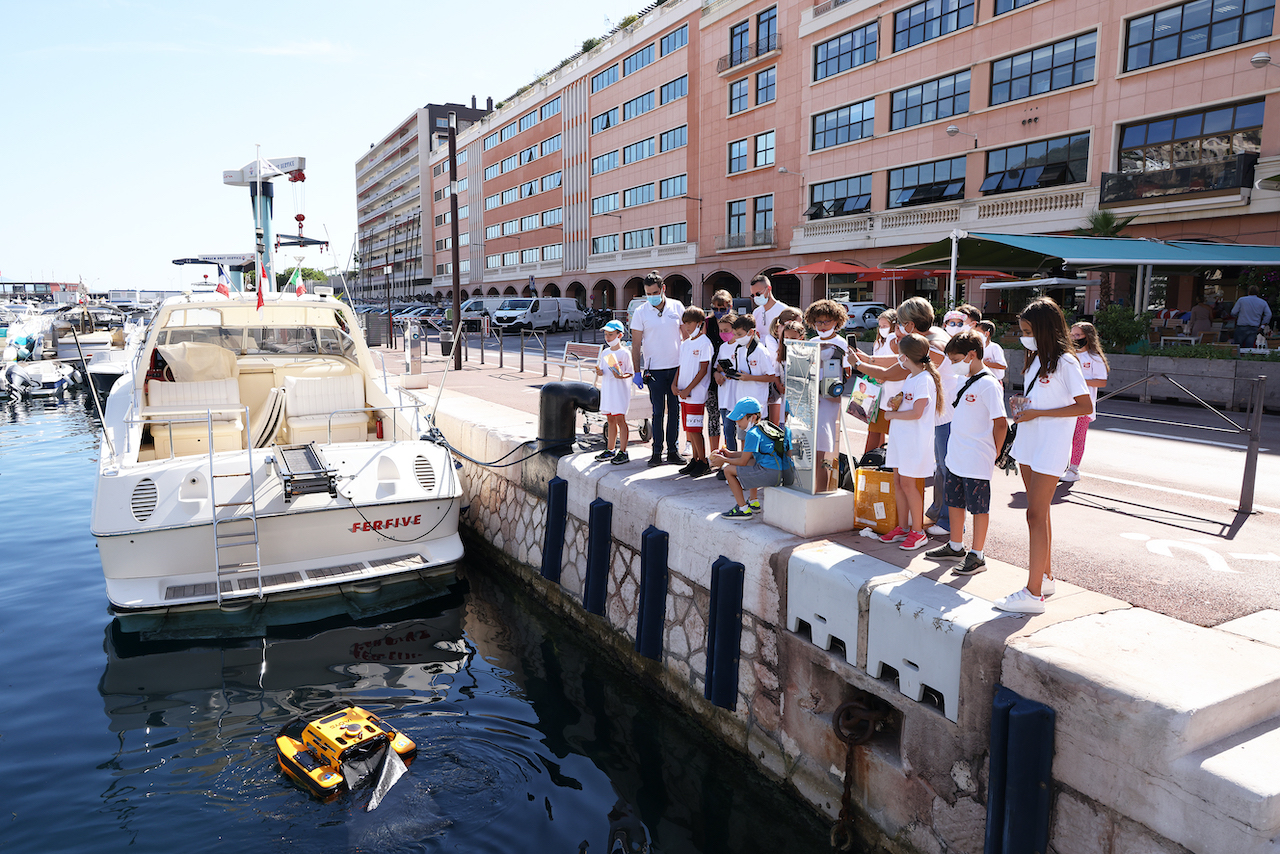 Plastic pollution is one of the most serious ecological problems affecting our seas. Every minute, the equivalent of a plastic waste truck is dumped into the sea, threatening both marine life and our health. The Mediterranean Sea is particularly exposed to this problem, due to its semi-enclosed nature and heavy maritime traffic further amplifying the threats. As part of its mission to raise awareness on preserving the marine envrionment, the Prince Albert II of Monaco Foundation joined forces with the Princess Charlène Foundation to jointly run two awareness-raising actions on plastic pollution during the Water Bike Challenge, simultaneously in Monaco and Calvi, on Saturday 12 September.

The Animal Fund, the Monegasque Association for the Protection of Nature, Eco Angels, the Stars'N'Bars, the Monegasque Sanitation Company (SMA) as well as divers from the Monaco Underwater Explorations Club, the Monaco Fire Brigade, the Prince's Carabinieri Company and the Oceanographic Institute thus took part alongside the Foundation in an operation to collect and characterise waste, present both on land and at sea.

Around forty volunteers surveyed the area from the floating dyke to the parking des pêcheurs alongside the 7th grade pupils from Fontvieille school, the class in charge of the Marine Educative Area this year, while twenty divers cleaned the marine part of the area. To those collected by the volunteers, were added the waste collected by the roadmenders and the SMA's jet-skis early in the morning as part of their daily rounds. Close to 100 kgs of waste were collected onsite (81.5 kgs at sea, 12.5 kgs on land) before being sorted, in addition to 30 kgs collected outside the area.

The waste characterisation workshop was led by Lucile Courtial, coordinator of the BeMed association and by two representatives of the Monegasque Sanitation Company, Marijana Pezelj and Nicolas Pandin. Based on a protocol established and applied by the Surfrider Foundation within the framework of their "ocean initiatives", the characterisation allowed the students to identify the different forms of pollution affecting their Marine Educative Area in order to be able to reflect on the most efficient solutions to be implemented. Data that could then be shared with Surfrider to help them reference the waste present in Europe.

The top 3 most common types of waste that were found on land: cigarette butts, with 1380 collected, food packaging and various pieces of plastic.

And at the bottom of the water: glass, scrap metal and fishing equipment.  Some 70 glass bottles, 100 pieces of glass and 120 pieces of scrap metal were brought to the surface, as well as nylon fishing lines, but also... a scooter!

At the end of the morning, the Monegasque Sanitation Company presented the children with its Jellyfish Boat, a "jellyfish robot" which depollutes harbours. Extremely maneuverable, this little robot slips between the ships sucking up waste in its path. To thank all the participants a snack was generously offered by the Stars'N'Bars.

The Prince Albert II of Monaco Foundation and the Princess Charlène Foundation join forces to preserve the marine environment.

This clean-up operation was part of "The Crossing", a sports challenge organised by the Princess Charlène of Monaco Foundation on 12th and 13th September 2020, with the objective of travelling from Calvi to Monaco in a minimum amount of time by water bike. An adventure designed to raise awareness on the various programmes run by the Princess Charlène Foundation and to contribute to the preservation of the marine environment.

Echoing the clean-up operation in Monaco, the Corsican association Mare Vivu, supported by the BeMed initiative, also carried out an awareness operation in the port of Calvi. A creative workshop aimed at the young public proposed to create art work from collected and disinfected plastic waste.

A second more technical workshop, which HSH Prince Albert II of Monaco was able to attend before the departure of the WaterBike challenge, during which Mare Vivu presented an experiment of local recycling of plastics collected on the beaches via a "Recycler".  Inspired by the work of the opensource Precious Plastic movement, Mare Vivu has manufactured a system of low-tech machines (shredder and injector), low in energy and resources, in order to shred and then recycle in situ all altered plastics collected on the coast and at sea, and which escape the traditional recycling channels. Plastics are thus moulded to make new useful, responsible and above all, sustainable objects, thus completing the carbon life cycle instead of polluting the soil or the atmosphere. 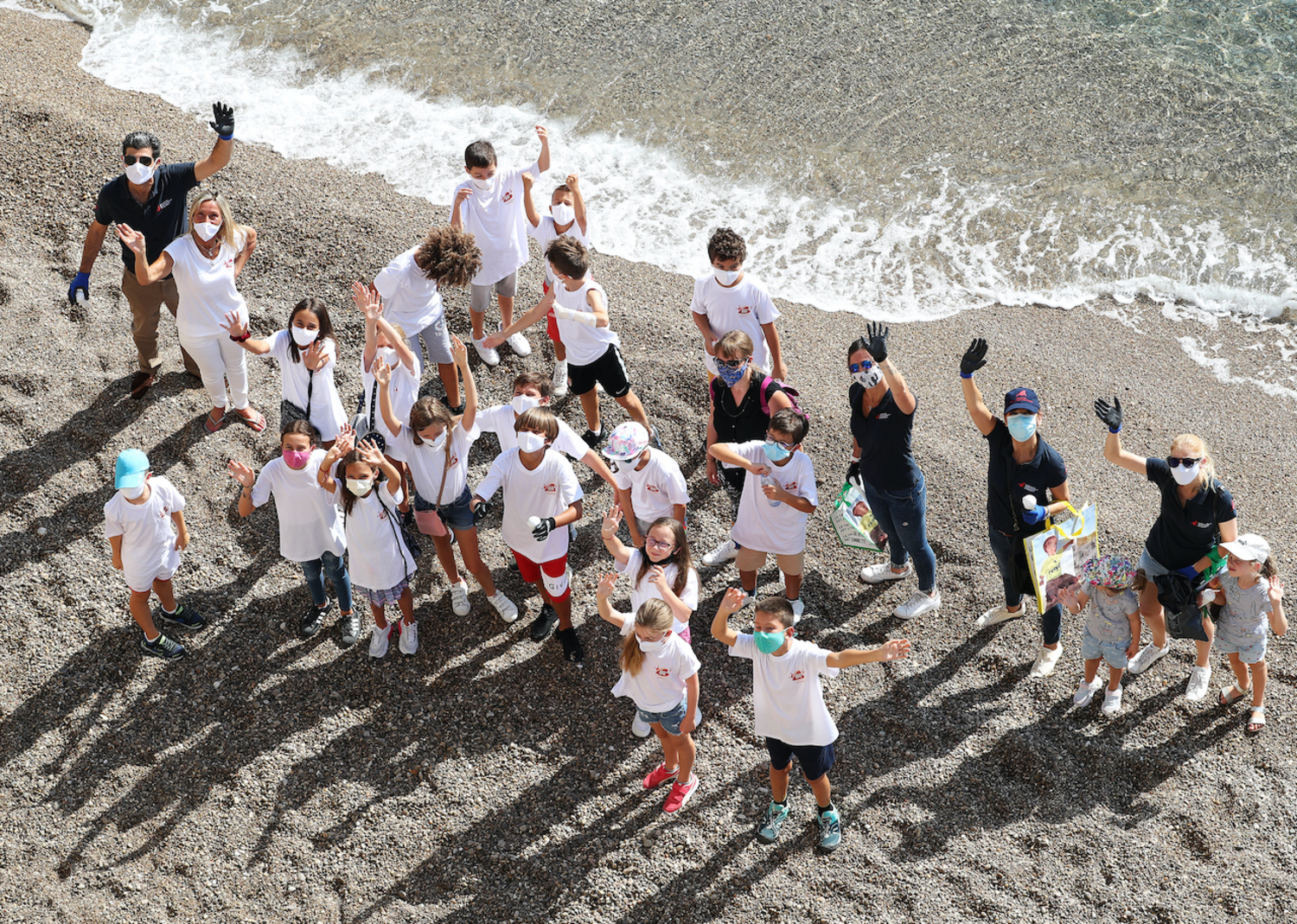