On the occasion of His participation at COP27, HSH Prince Albert II of Monaco delivered the opening speech of the event organised by His Foundation on Monaco's commitment to the Mediterranean. The event entitled "Swimming the talk: Scaling-up action to tackle climate change in the Mediterranean region - Monaco's commitment" focused on accelerating the implementation of ocean and coastal based mitigation and adaptation solutions and building ecosystem resilience, while improving scientific knowledge.

In his opening speech, the Sovereign recalled the vulnerability of the Mediterranean, which "concentrates most of the challenges of this century. Environmental and climate issues are no exception, on the contrary: they are more pronounced in the Mediterranean than in most regions of the world" before highlighting the actions carried out there by His Government and His Foundation and the initiatives deployed in a collective approach. H.S.H. Prince Albert II of Monaco expressed the wish that the Mediterranean be a laboratory and a model for our world. "Yesterday it was the symbol of the progress of civilisations. Today it is the symbol of the dysfunctions and tensions of the planet. It must be the symbol of new solutions tomorrow".

The first panel, in which Prof. Jean Pierre Gattuso, Research Professor at the CNRS and Associate Researcher at IDDRI, Dr. Nathalie Hilmi, Head of Environmental Economics at the Centre Scientifique de Monaco and Dr. Antoine Petit, Chairman and CEO of the CNRS, participated, was dedicated to highlighting some of the main drivers of change resulting from climate change - e.g. acidification, sea level rise, temperature increase, precipitation - showing that the Mediterranean region is warming 20% more than the global average and is more affected by climate change.

HE Nasser Kamel, Secretary General of the Secretariat of the Union for the Mediterranean pronounced the closing speech of the event.

Finally, as part of its Polar Initiative and following the awareness campaign  on environmental challenges in the Arctic and Antarctic regions, the Prince Albert II of Monaco Foundation was also a partner of the Cryosphere Pavilion, which gave greater visibility to conservation issues at the Poles. HSH Prince Albert II of Monaco met young scientists with whom he was able to discuss their research studies. This initiative is part of the Foundation's scholarship program for young scientists specializing in polar research, selected by SCAR (Scientific Committee on Antarctic Research) and IASC (International Arctic Science Committee), the Foundation's partners in the Polar Initiative. 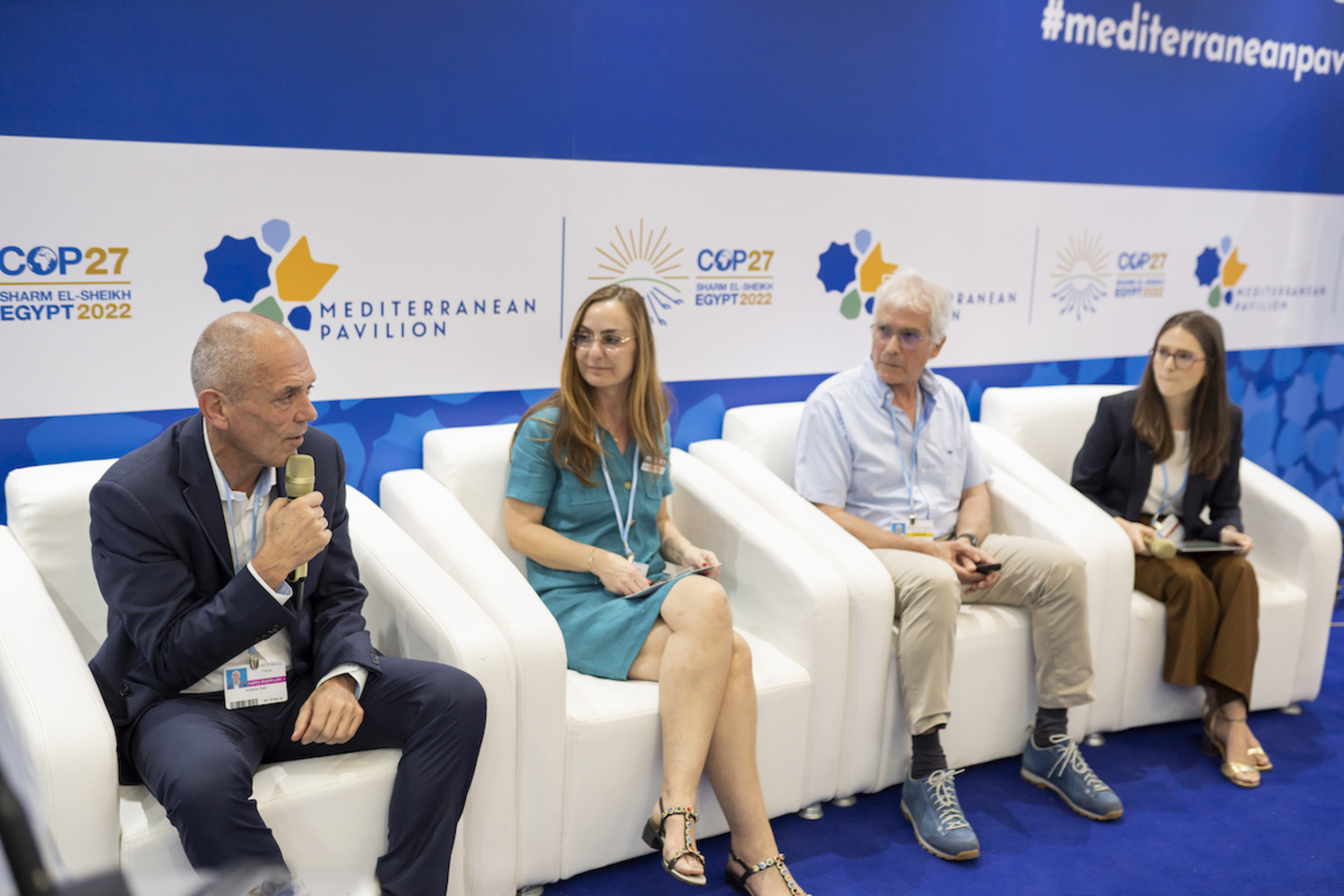 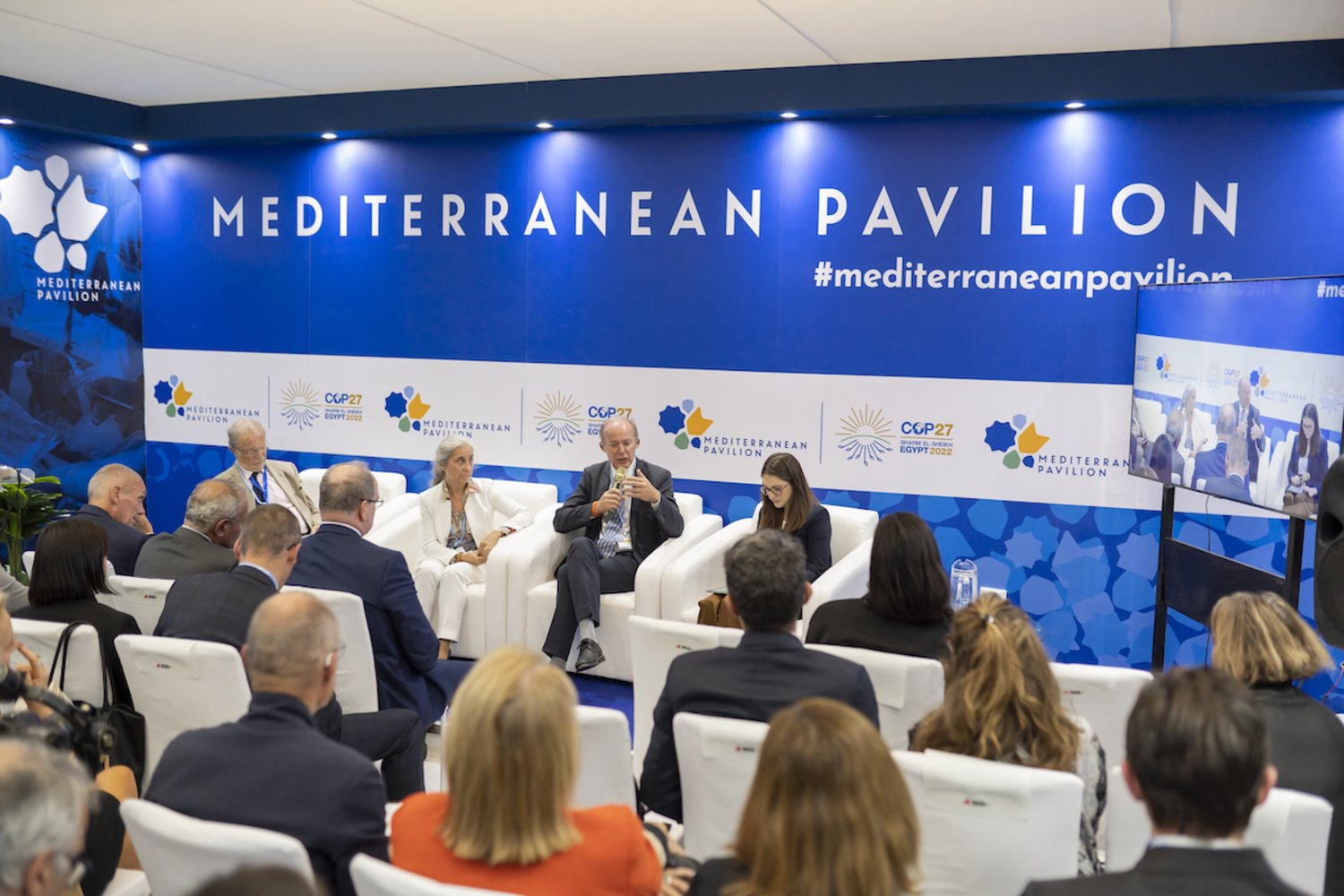 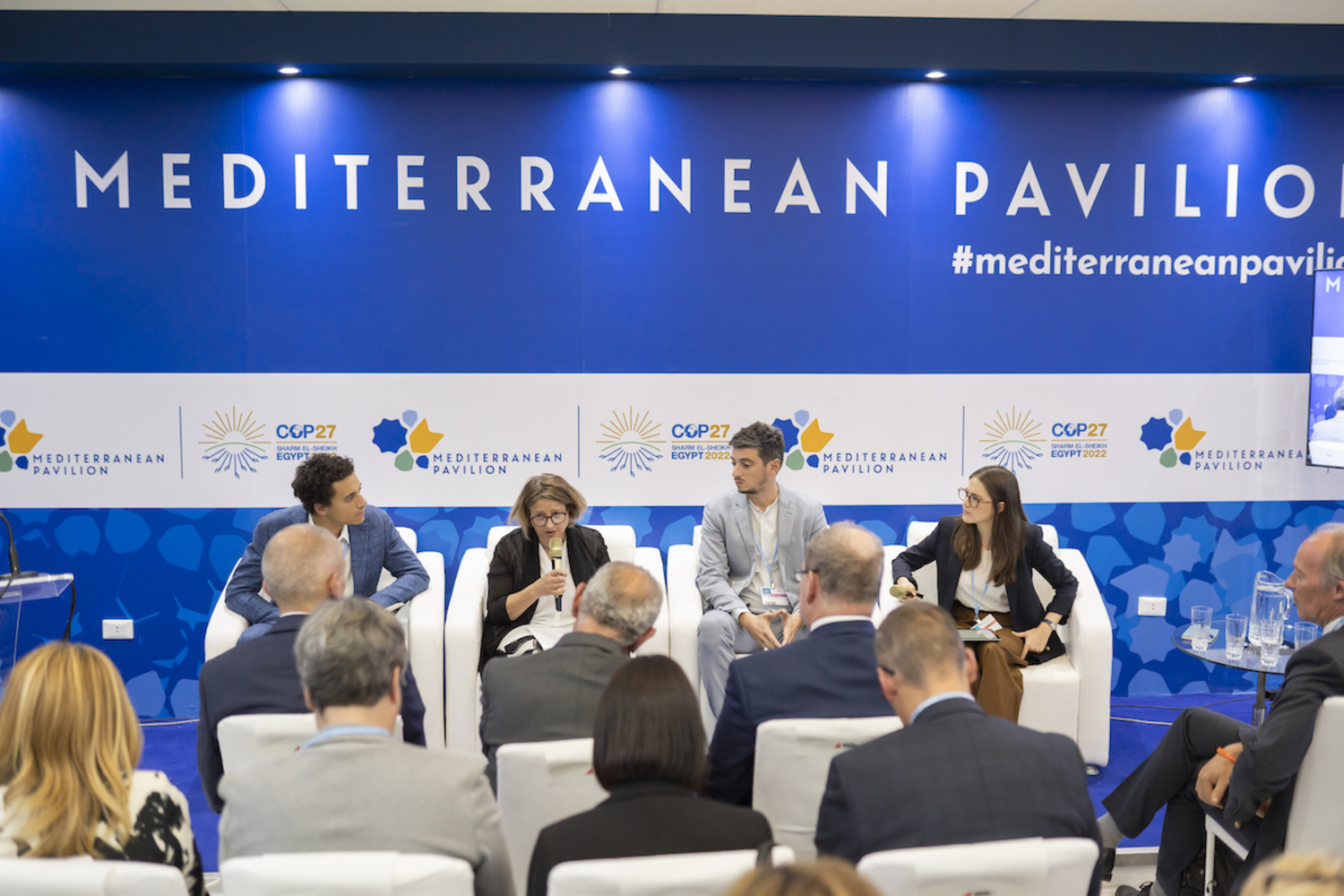 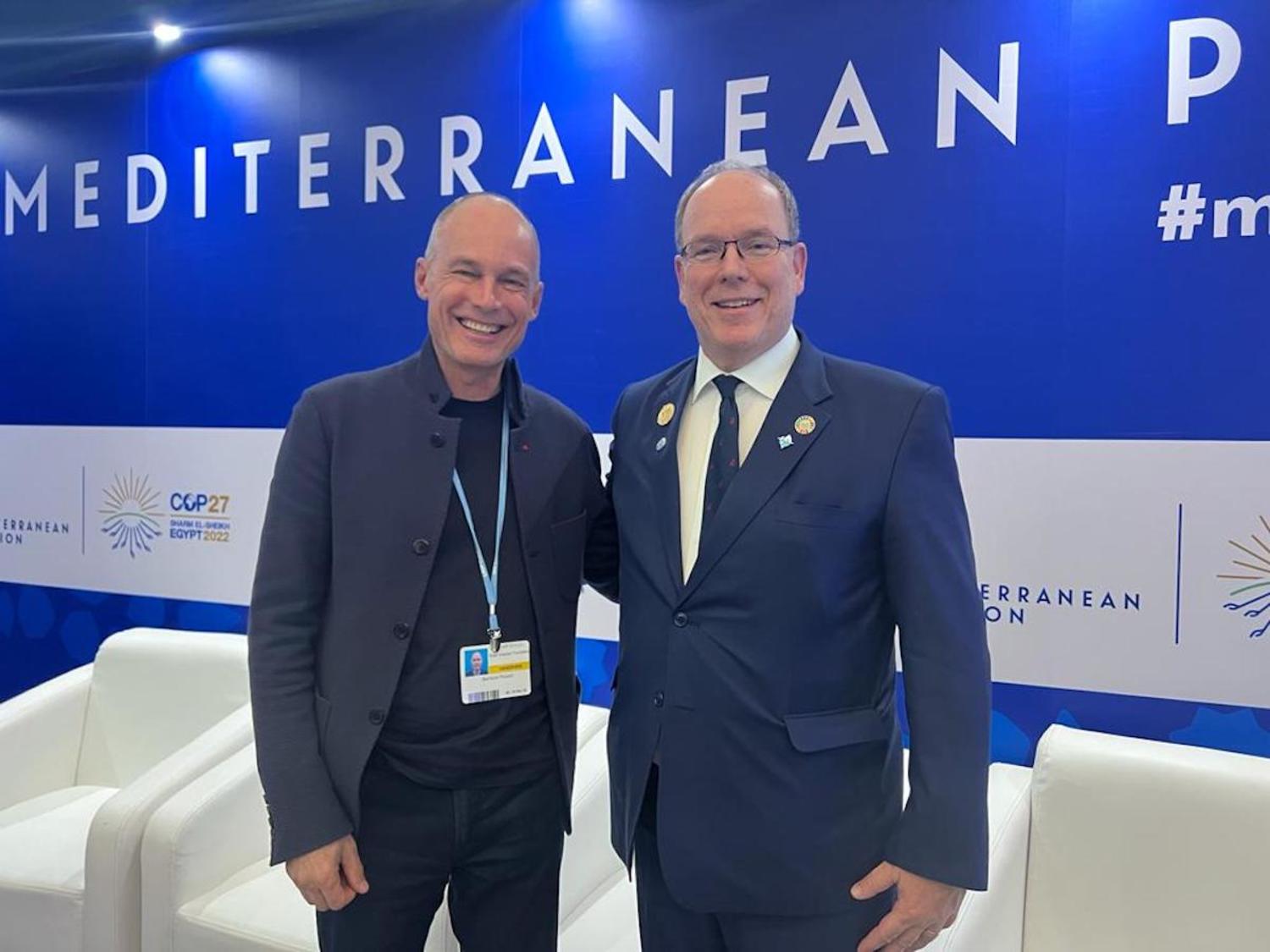 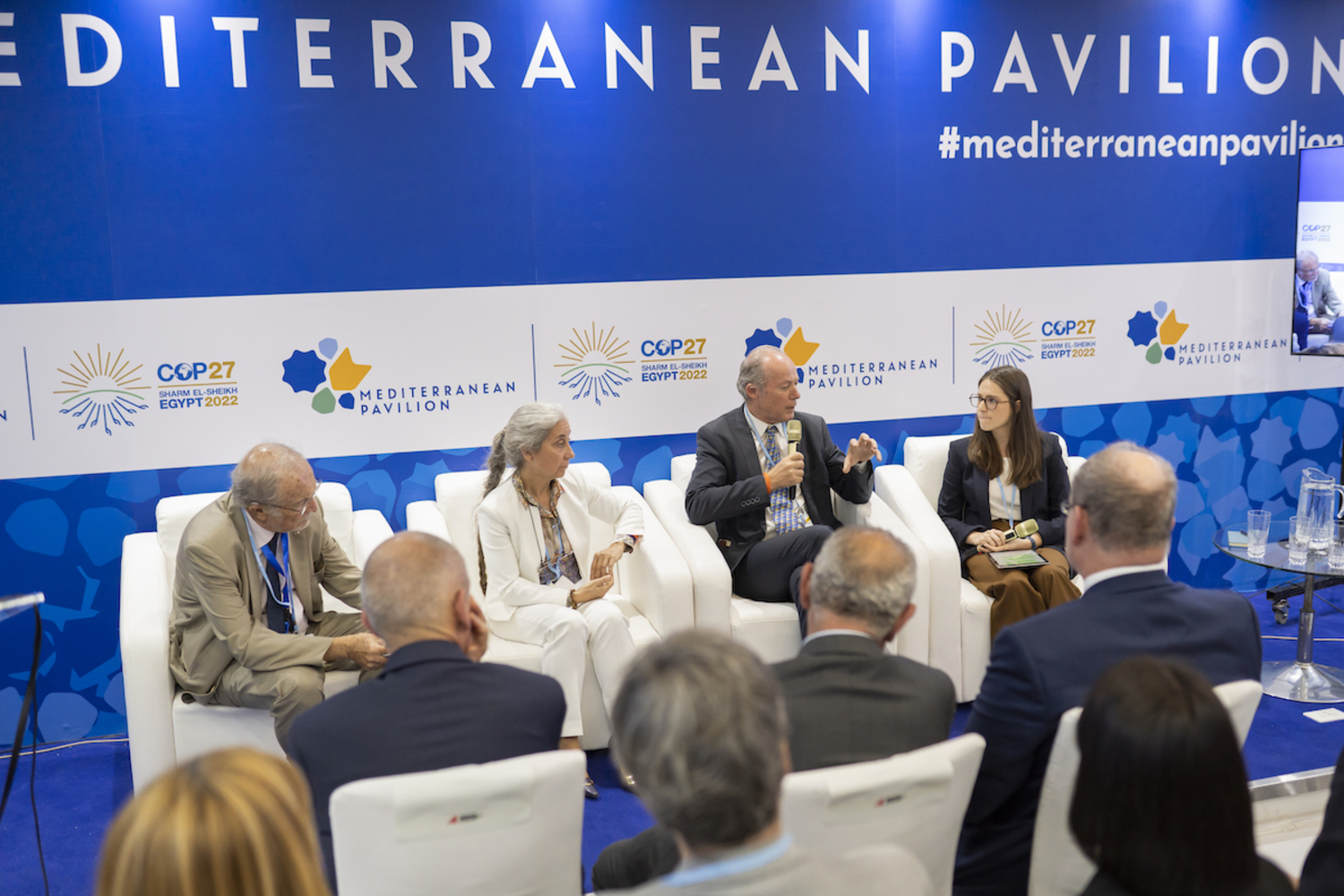