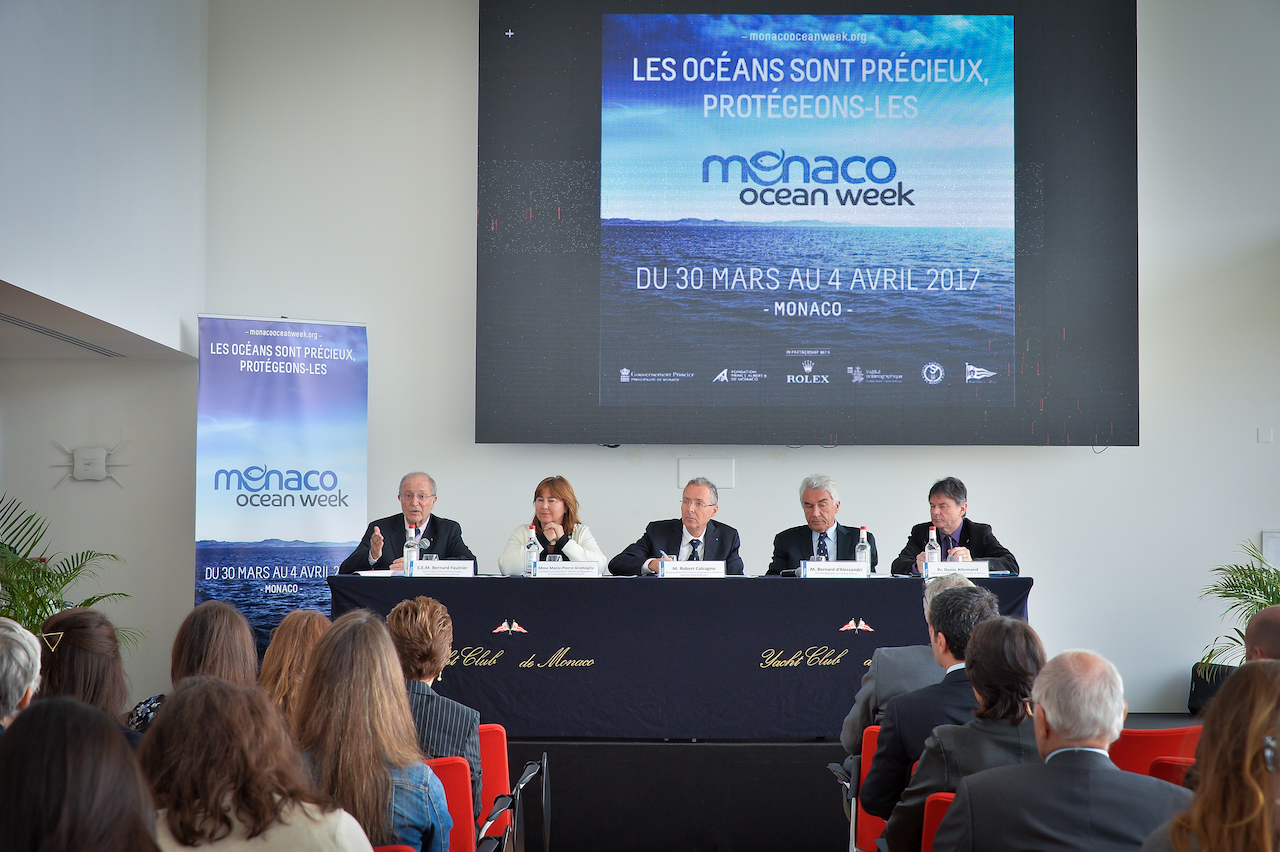 From 30 March to 4 April 2017, the future of oceans under debate in Monaco

The Principality of Monaco’s commitment to marine ecosystem conservation is deeply rooted in its history: from the inauguration of the Institute of Oceanography by Prince Albert I of Monaco in 1911, to the more recently created Prince Albert II of Monaco Foundation in 2006. This ambition to better understand the environmental dangers to our planet, and especially our oceans, figures once again on the Monaco agenda over the coming weeks.

From 30 March to 4 April, in partnership with Rolex, local actors and Monaco-based international organisations will share their experiences and reflect on marine conservation and blue economy sustainable development at the Monaco Ocean Week.

A WEEK OF INTERACTION AND MOBILISATION FOR OCEAN CONSERVATION

From 30 March to 4 April, more than 30 events will be organised in various symbolic venues of the Principality of Monaco. These events will bring together local and international experts, the scientific community, the voluntary sector and public authorities.

Workshops, symposiums, seminars, exhibitions, documentary film screenings and public awareness events will be held in venues such as the Oceanographic Museum, the Monaco Yacht Club, the International Hydrographic Organization’s head office and Stars’N’Bars.

Many actors from the scientific community and international organisations will intervene during the Monaco Ocean Week, such as:

• Dr. Sylvia A. Earle, founder of Mission Blue and the Deep Ocean Exploration and Research, author of more than 200 publications and leader of more than 100 expeditions across the globe;

• Sandra Bessudo, former Columbian Minister of the Environment a renowned French-Colombian biologist and president of the Malpelo Foundation; a small island inhabited by many shark species which, after years of combat, became a national protection zone in 1995;

• Karmenu Vella, European Commissioner for the Environment, Fisheries and Maritime Affairs.In November 2016 he presented an EC report entitled «International ocean governance: an agenda for the future of our oceans»;

• Dr. Fanny Douvere, coordinator of the Marine Programme at UNESCO’s World Heritage Centre in Paris. She also served as advisor to the United States Executive Office of the President on the development of the US Framework for Coastal and Marine Spatial Planning;

• Manuel Barange, Director of the Fisheries and Aquaculture Policy and Resources Division at the UN Food and Agriculture Organization, Honorary Professor at the University of Exeter (UK). He was awarded the 2010 UNESCO-IOC Roger Revelle Medal for his contributions to ocean science, and has published over 100 articles in specialist journals;

• The 8th edition of the Monaco Blue Initiative (2 and 3 April); an international science, economy, politics and charity organisation thinktank of experts who share a joint commitment for sustainable ocean management and conservation.

• The Pelagos Headquarters Agreement signature; a major step for France, Italy and Monacos’ involvement in developing this marine mammal sanctuary.

• The presentation of a newly-created network of Mediterranean actors united in the fight against plastic pollution in the Mediterranean (BeMed). Several projects from various Mediterranean countries were selected at the beginning of the year and will be presented to the general public by each winner.

Information and registration at www.monacooceanweek.org 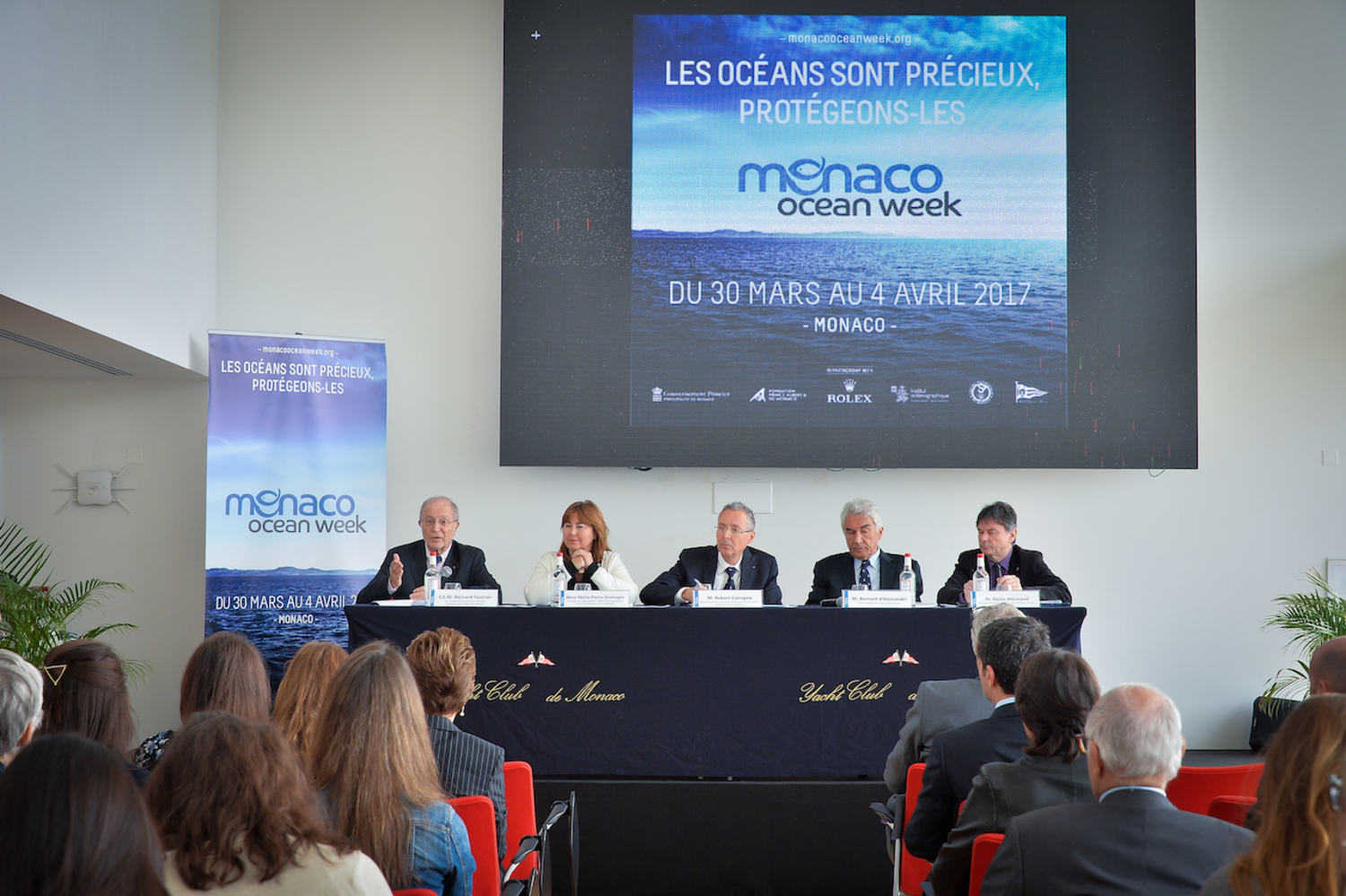 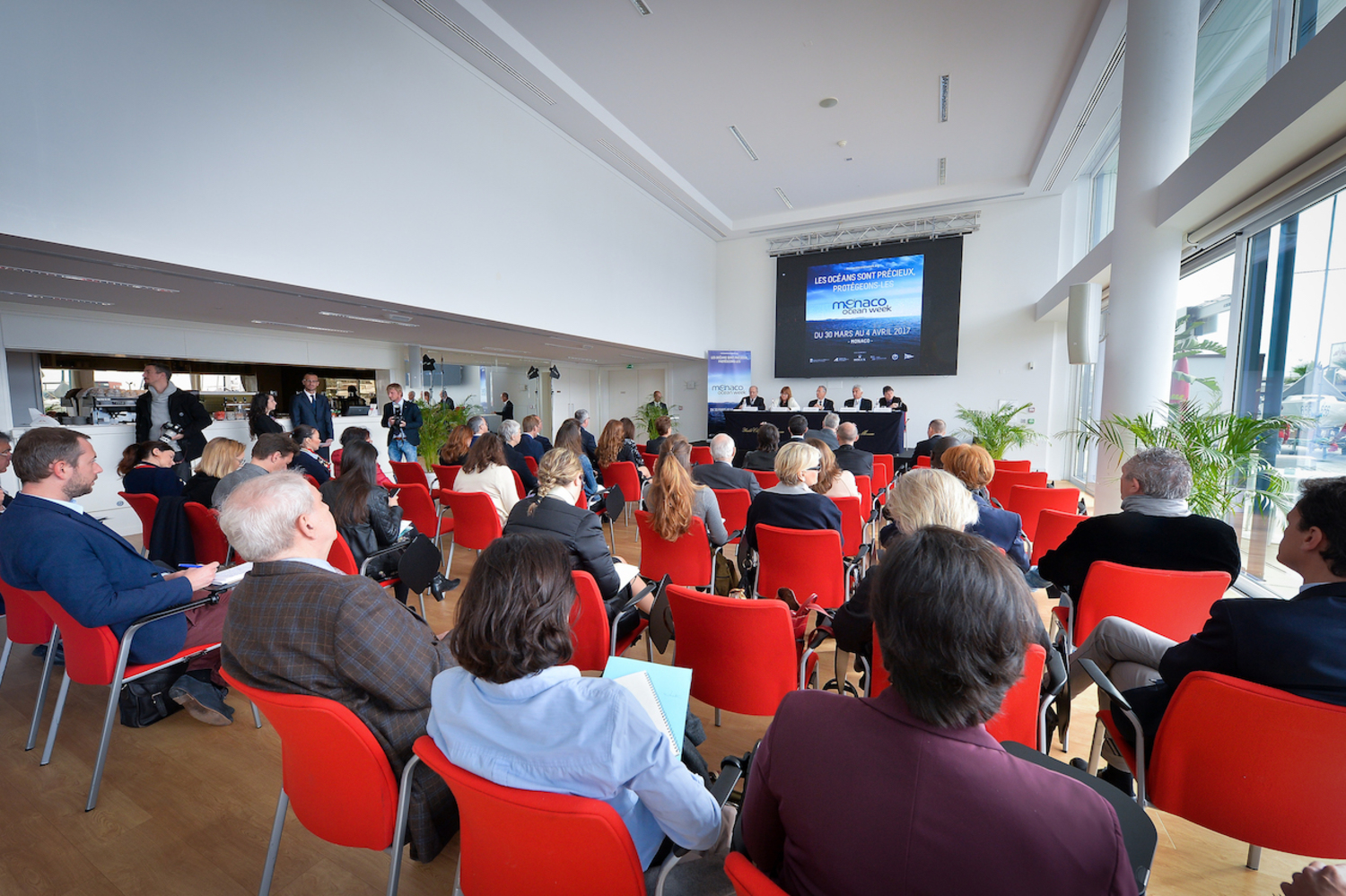 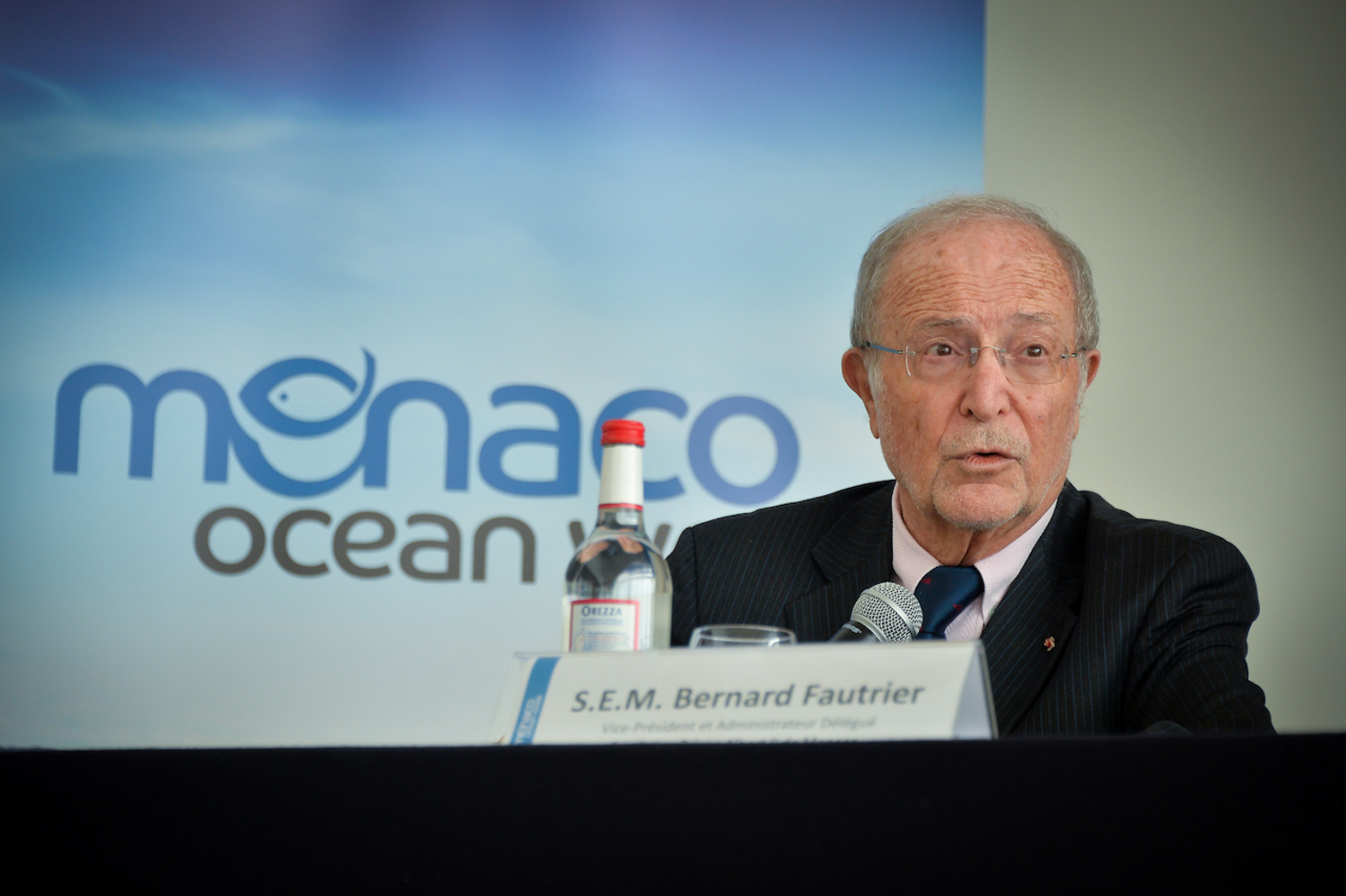 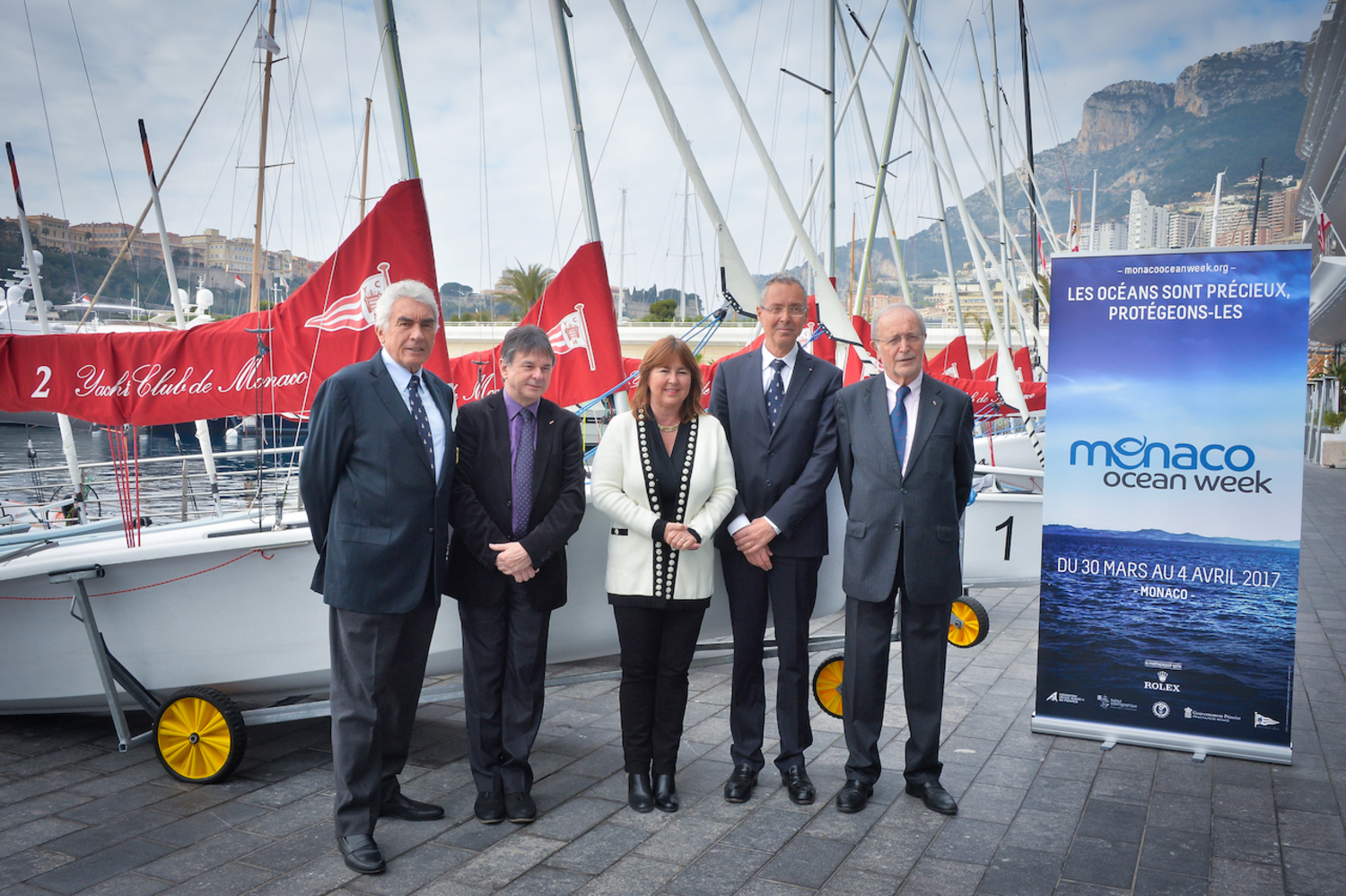