After Gombessa 5: Mediterranean Planet in July 2019, the “Gombessa 6: Cap Corse ” expedition, led by Laurent Ballesta and the Andromeda Oceanology team, is once again dedicated to the Big Blue. This new adventure to discover the deep sea, which began in May, is supported by the Principality of Monaco, the Prince Albert II of Monaco Foundation and Monaco Explorations. The final phase began on 1st July and is being conducted from the bathyal station installed on the INPP barge, from which the four Aquanauts of Gombessa 6 will explore the deep sea for 18 days in saturation. It will end on Tuesday 20 July 2021 in the port of Monaco, where the Gombessa 6 flotilla will dock after a two-day crossing from Cap Corse. During these two days of sailing, the divers will decompress inside the bathyal station.

In the meantime, new and exciting pages of scuba diving and exploration of the Mediterranean will have been written.

Unlocking the secrets of Cap Corse...

The Gombessa expeditions aim to bear witness, through innovative diving methods, to the inaccessible mysteries of the underwater world. The secret waters of Cap Corse and the eastern coast are full of them… The essential motivations of this new expedition, Laurent Ballesta and his companions draw them from the two major objectives they have set for themselves in this new adventure:

– The first is to better understand, and then better preserve, the last population of angel sharks in the French Mediterranean, the now endangered sharks that gave their name to the Baie des Anges in Nice,

– The second is to solve the scientific enigma of the origin and diversity of deep coralligenous “atolls”. A series of preliminary scientific campaigns carried out from 2011 to 2014: Cap Coral, Coral Corse and MedAtolls, to the north-east of Cap Corse, have revealed new circular formation structures called “coralligenous atolls”, unique bio constructed structures, generally made up of a coralligenous central core and surrounded by a crown of rodholites, blocky formations of organic concretions, mainly calcareous algae. More than a thousand atolls were identified between 110 and 130 m depth during these surveys. These deep coral rings had never been described before and are genuine natural monuments.
In July 2020, during a twenty-eight-minute dive at a depth of 120 metres, Laurent Ballesta observed exceptional biodiversity in these deep atolls, in a remarkable state of conservation.

- Interview with Laurent Ballesta in the Journal du Dimanche, 27 June 2021.

The interest of deep diving

The interest of deep saturation dives from the bathyal station, tested in the summer of 2019 during the Gombessa 5 expedition, makes it possible in July 2021 to exploit the possibilities offered by extended dive times to make progress in solving the scientific enigma of the origin, formation, and diversity of these deep coralligenous atolls off Cap Corse. What do these deep circular formations hide? The hypothesis of their origin, linked for example to gaseous formations, remains to be confirmed. Gombessa 6 should provide new answers… 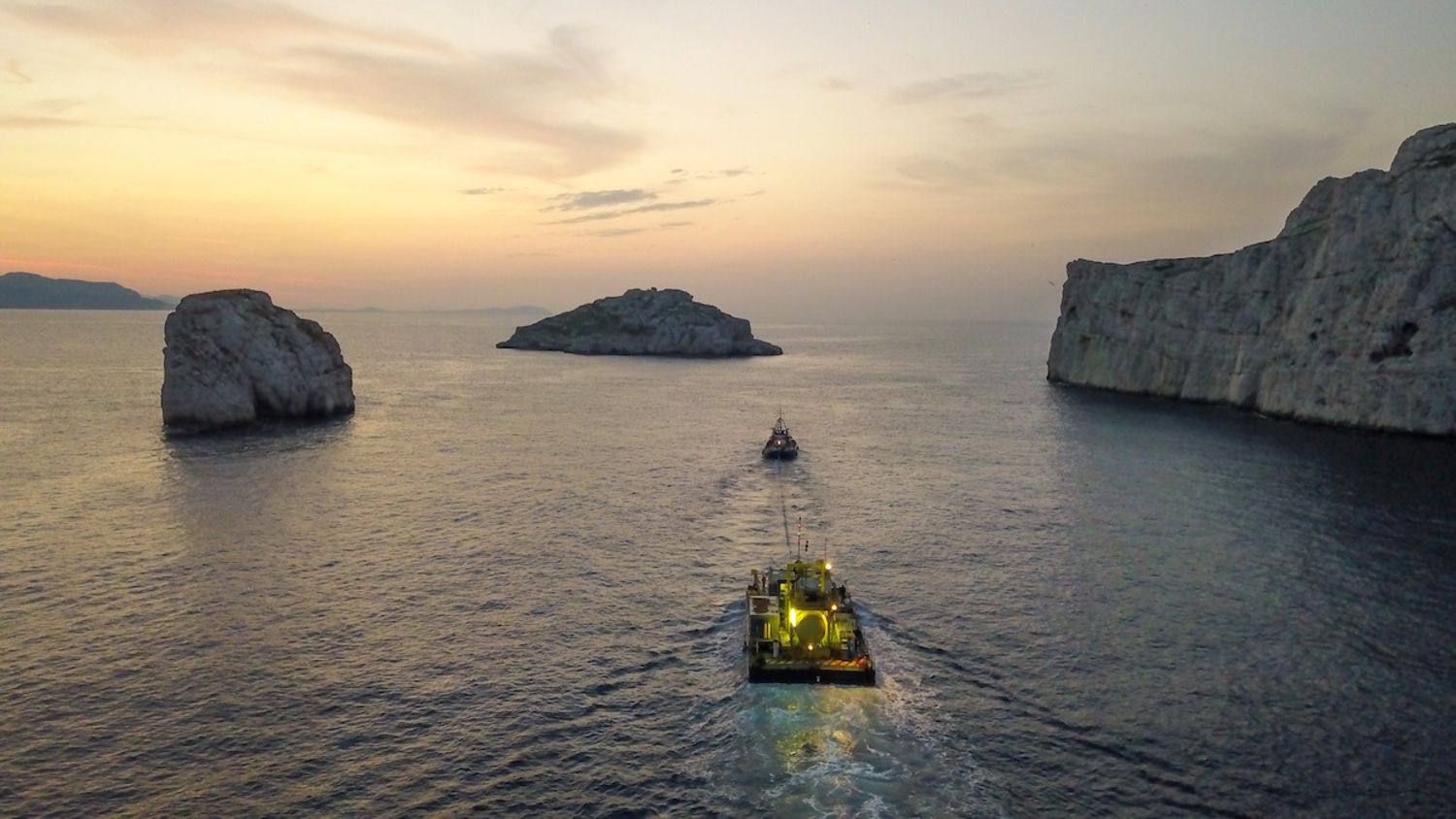 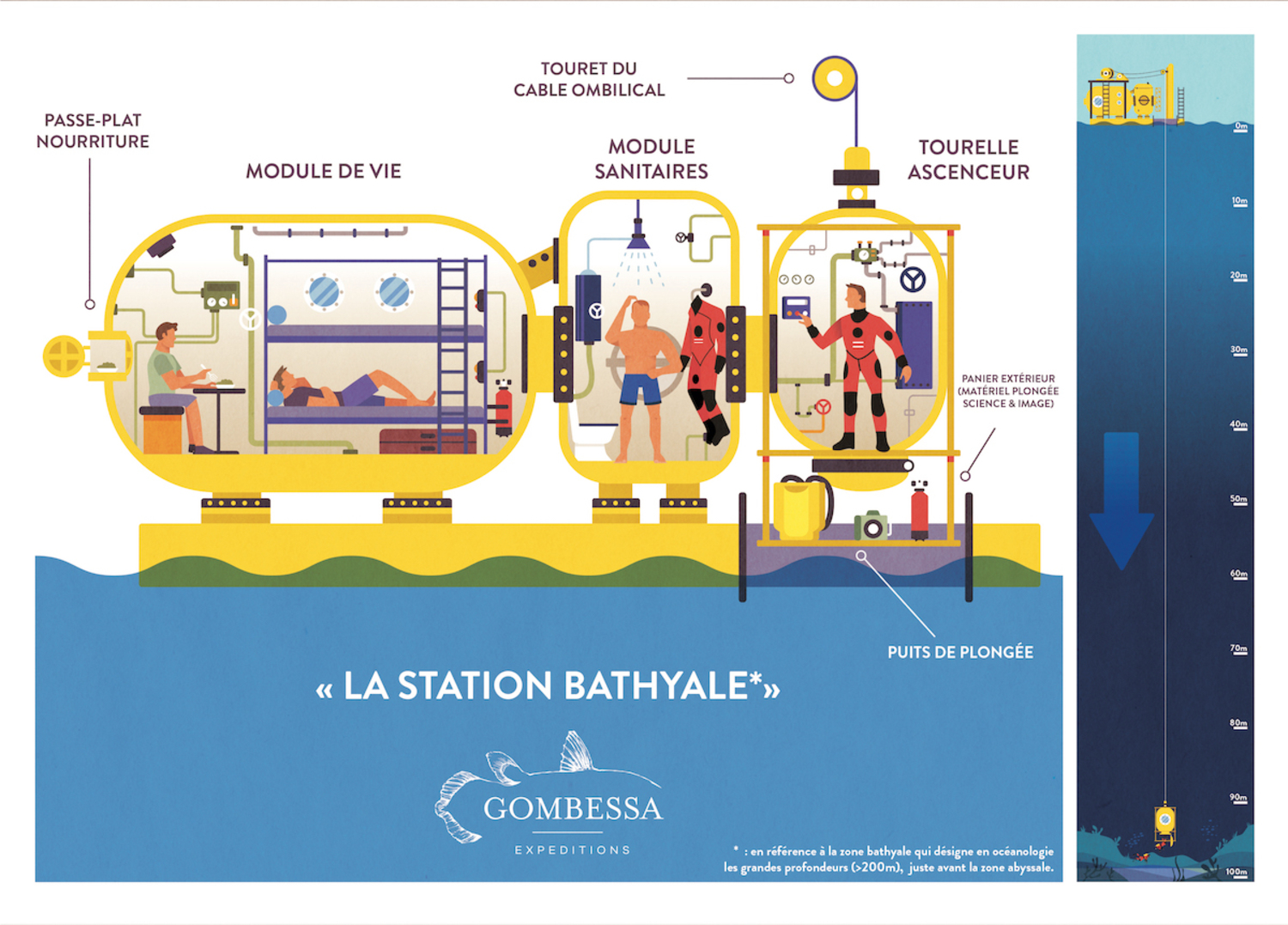 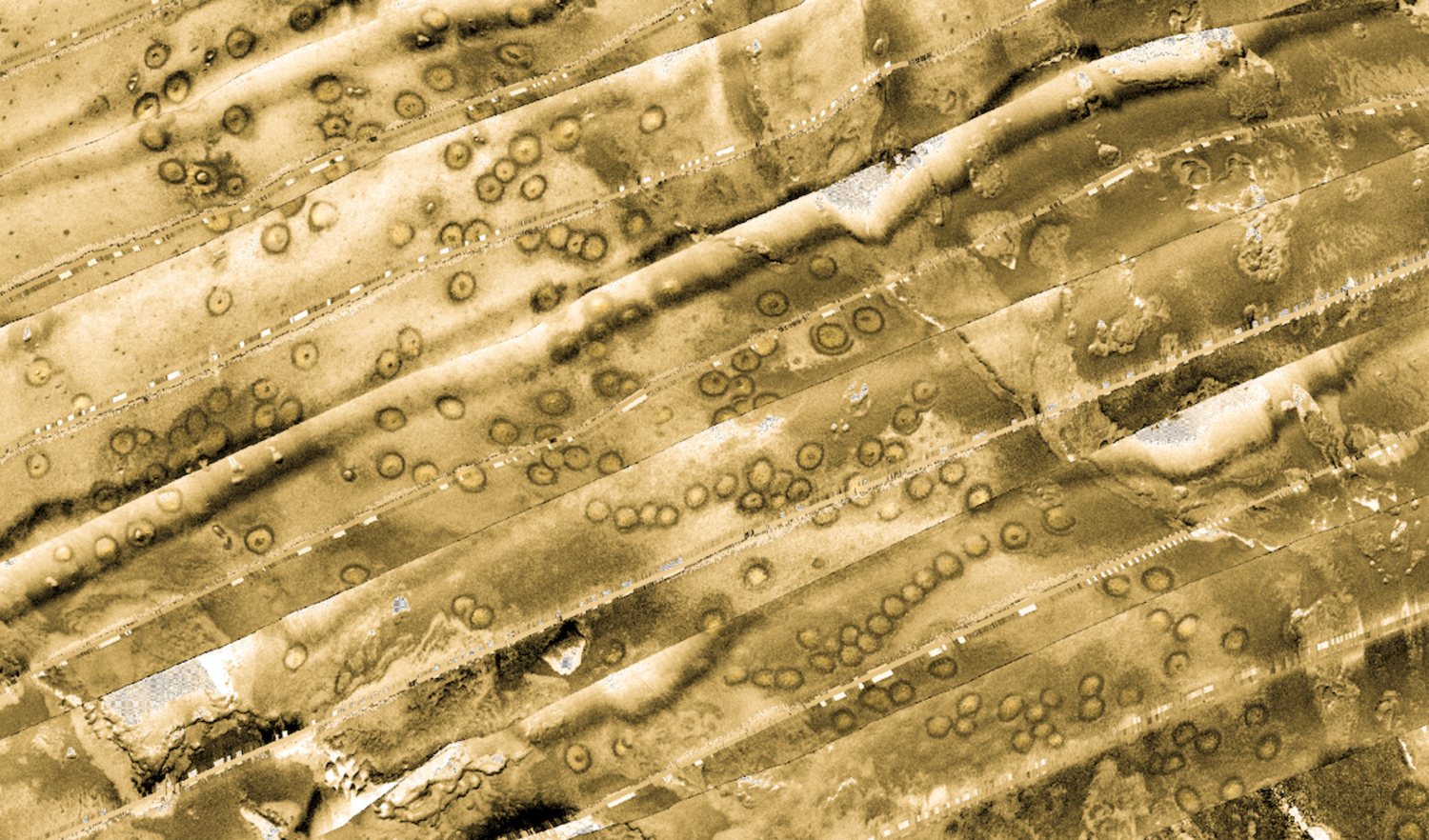 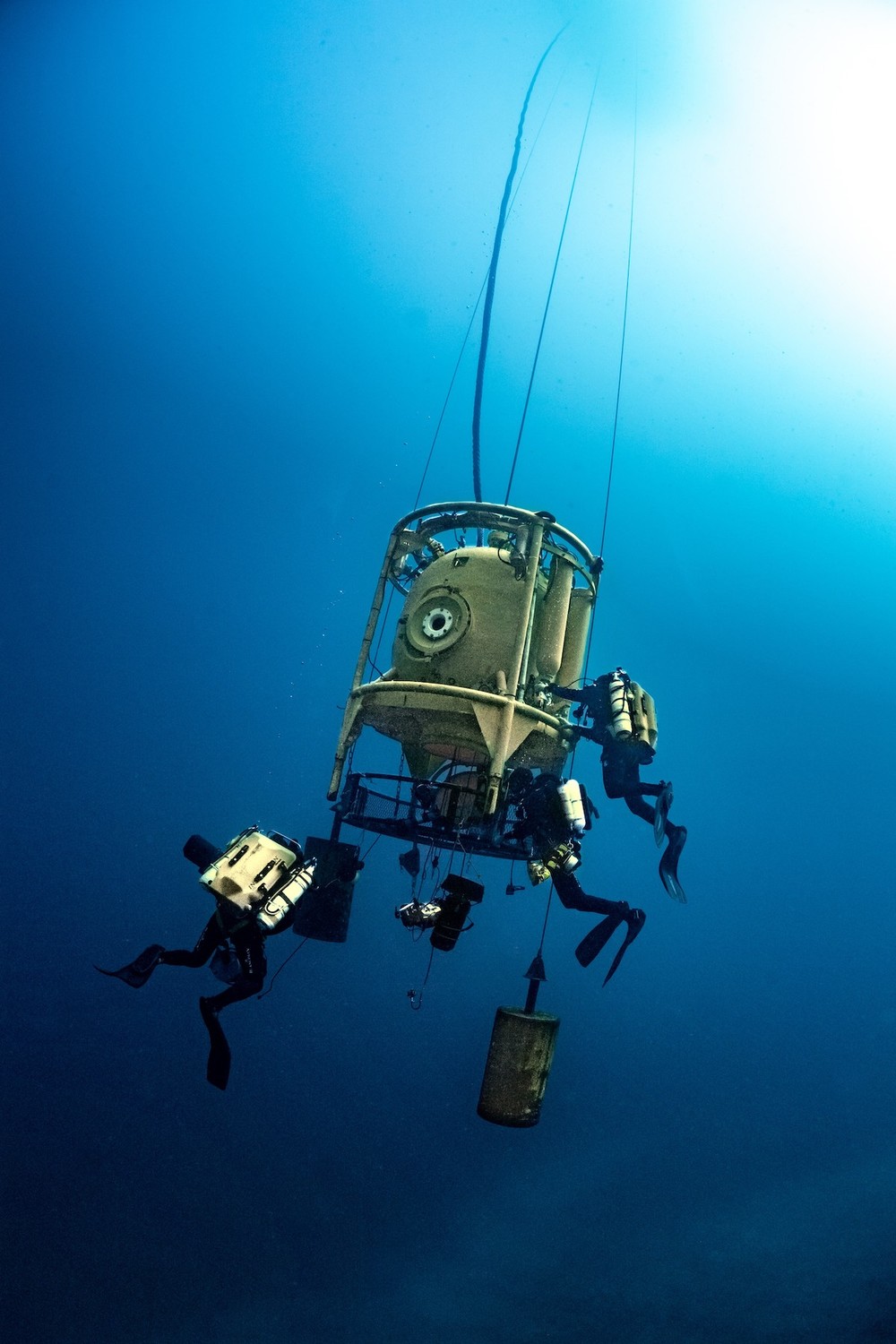 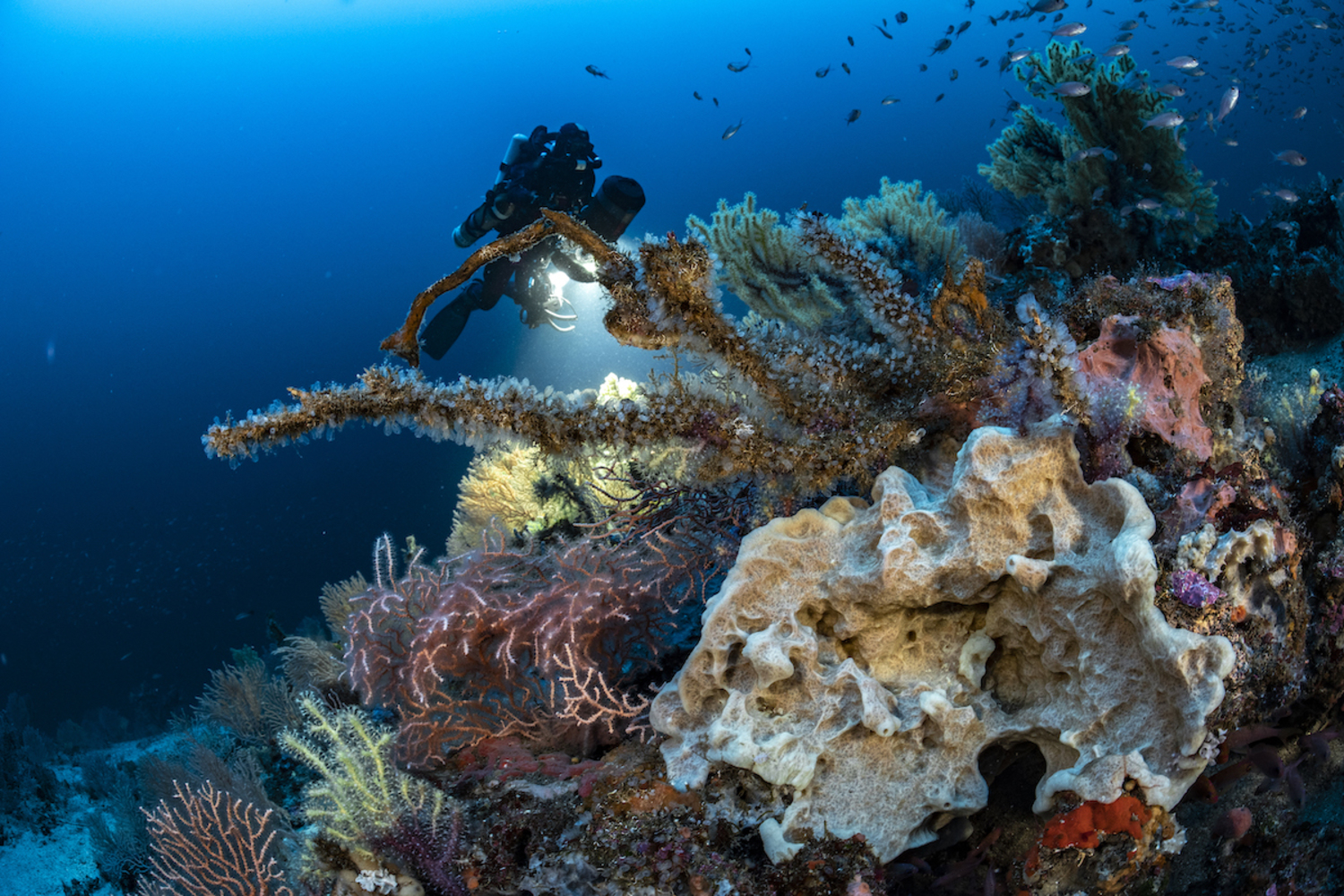