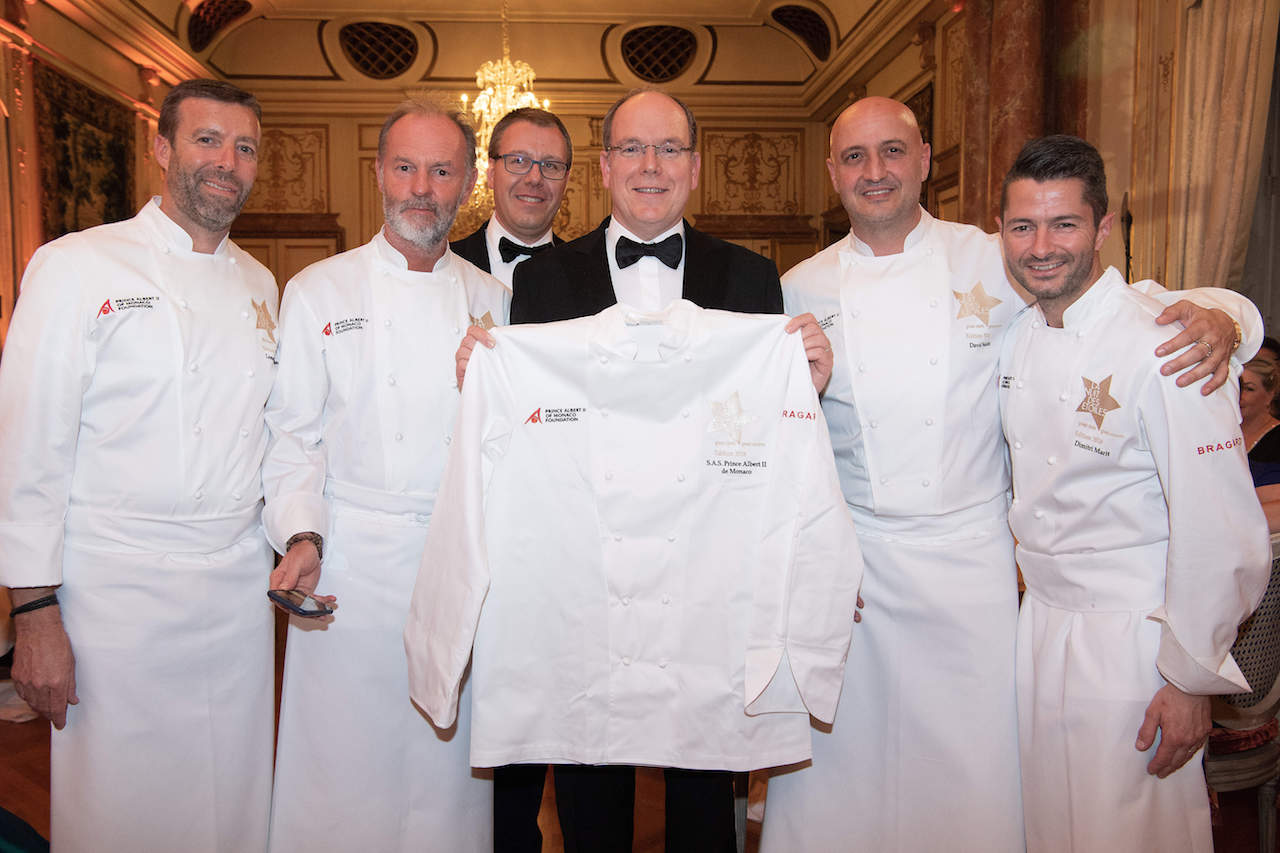 H.S.H. Prince Albert II of Monaco attends the ?Nuit des Etoiles? for the benefit of his Foundation - Brussels

Saturday 5 May 2018, H.S.H. Prince Albert II of Monaco was the guest of honour at the “Nuit des Etoiles” - a gala evening given on behalf of his Foundation, at Egmont Palace in Brussels.

For this first edition, four Michelin starred chefs, Pascal Devalkeneer, Lionel Rigolet, Dimitri Marit and David Martin – kindly accepted to offer their gastronomic talents free of charge in the name of the environmental cause.

In the course of the evening, a tombola was organised, followed by an auction with all proceeds going to the Prince Albert II of Monaco Foundation. An opportunity for H.S.H. the Sovereign Prince to take the floor in order to thank guests, who, by attending, demonstrated their interest for the Foundation’s actions in favour of the preservation of the planet.

“It is a cause which is greater than any of us. It is a good and far-reaching cause that transcends humanity itself and concerns our entire world”, H.S.H. Prince Albert II of Monaco underlined, adding that “For the last twelve years, my Foundation has initiated or supported more than four hundred projects throughout the world, and every single one has allowed us to advance, to hope, to believe. (…) Today, the results are visible, and nurture greater mobilisation of our contemporaries - our main hope for change”.