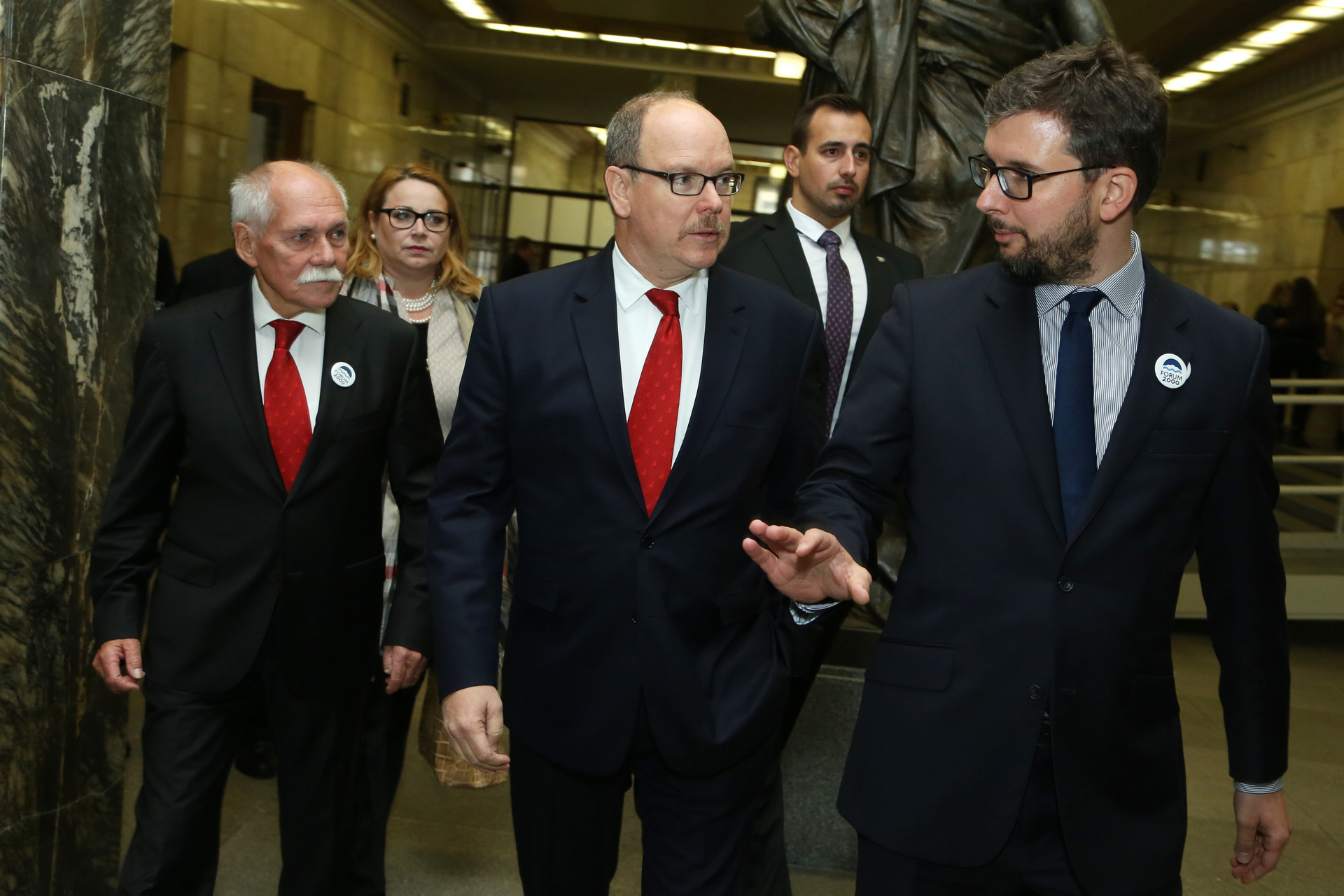 H.S.H. Prince Albert II of Monaco went to Prague on 8 October 2017, to take part in the 21st edition of Forum 2000. Forum 2000 was co-founded in 1996 by the Czech President Valcav Havel, the Japanese philanthropist Yohei Sasakawa, and the writer and Nobel Peace Prize winner, Elie Wiesel.

The main purpose of Forum 2000 conferences is to provide an international discussion platform on different issues and in particular that of democracy, in order to improve international dialogue.

The Sovereign Prince took part in the “Mutation of international context and the future of our Planet” panel, with the participation of Bedrich Moldan, member of the Scientific and Technical Committee of the Prince Albert II of Monaco Foundation. “Although the commitment of each of us is vital to save this Planet, there are responsibilities that cannot be delegated. (…). There are, in particular, the responsibilities of States, which are decisive in many domains. Whether this involves the fight against land-based pollution, the setting up of protection zones for biodiversity, measures in favour of the energy transition, or the implementation of water-treatment and conveyance systems, States can and must act. (…). Alongside NGOs, and in partnership with them, alongside States, and in close liaison with them, multilateral institutions have more than ever a crucial role to play, faced with the challenges of this century. Particularly in environmental issues, their commitment is obviously indispensable”, stated H.S.H. Prince Albert II of Monaco, during his address. 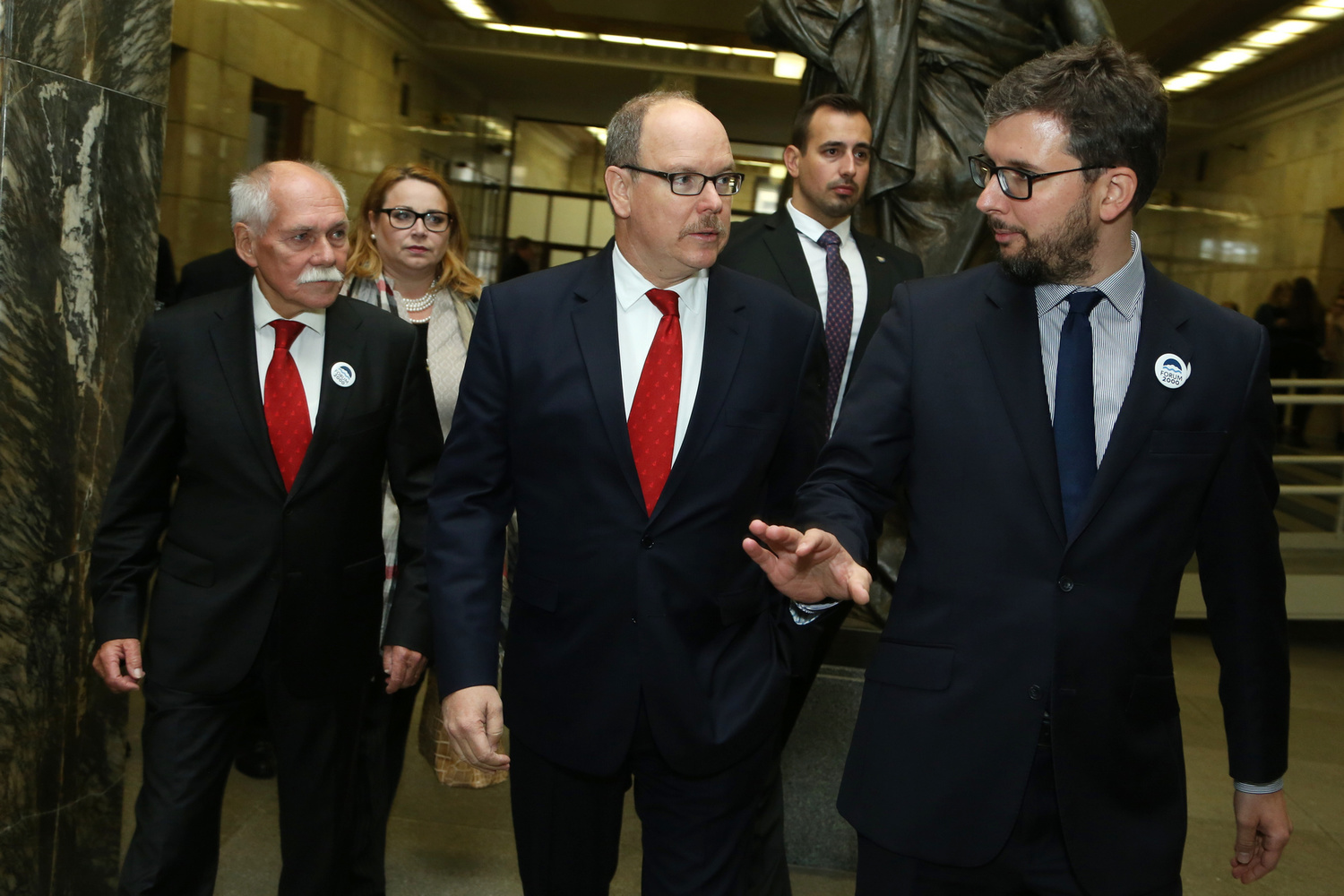