On Tuesday 17th September 2013, on the occasion of H.S.H. Prince Albert II of Monaco's visit to the Maison de l'Amérique Latine, the Sovereign Prince was presented with a cheque amounting to 100,000 € representing the funds raised at the gala evening organised on 20th July last at the Salle des Étoiles at the Sporting Monte Carlo, as part of the 30th anniversary of the Maison de l'Amérique Latine of Monaco.

For the past 30 years, the Maison de l'Amérique Latine of Monaco has endeavoured to forge closer links between the Principality and the countries of Latin America by contributing towards key humanitarian work as well as programmes aimed at protecting the environment of the populations.  This year, these efforts were once again continued by devoting a charity evening in aid of the programme jointly implemented by the Prince Albert II of Monaco Foundation and the Chicago Field Museum of Natural History for the preservation of Peru's Amazonian Forest. 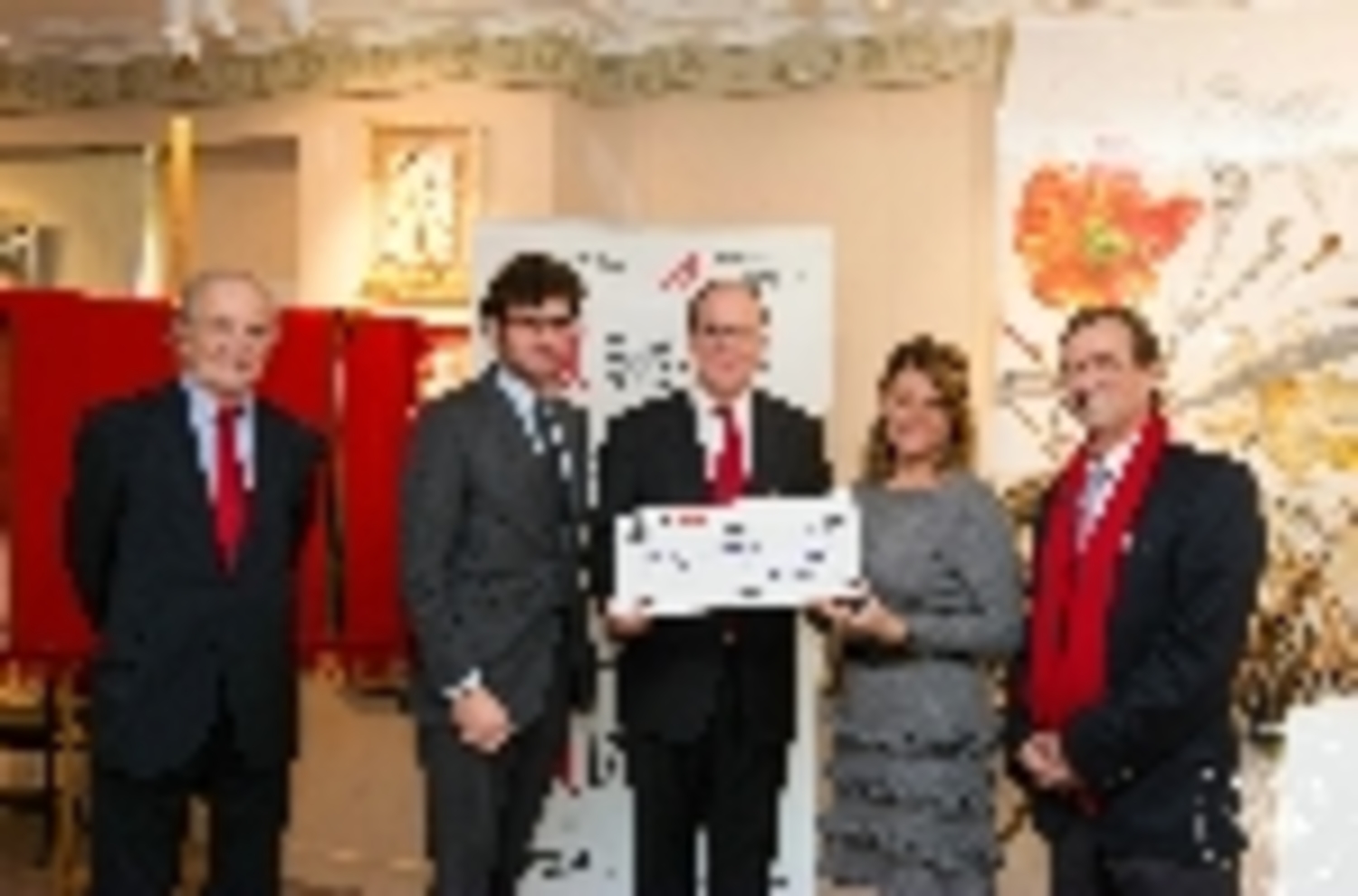