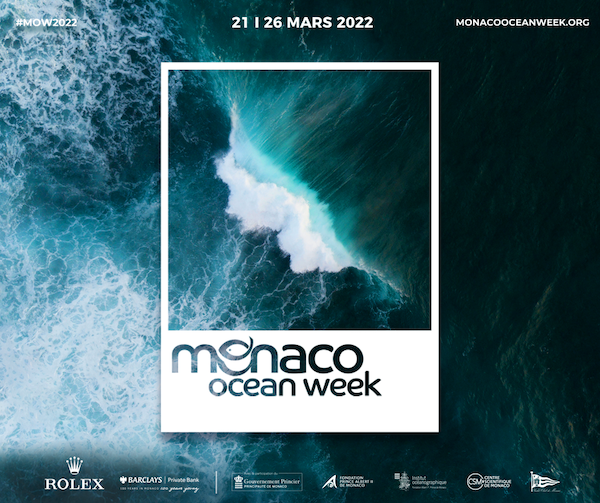 Highlights of the 5th edition of Monaco Ocean Week

From 21st to 26th March 2022, Monegasque institutions working to protect the marine environment rallied together for the cause of the Ocean, with Monaco Ocean Week (MOW).

A look back at the week's highlights.

13th edition of the Monaco Blue Initiative: a new ambition for the Ocean

The week started with the Monaco Blue Initiative, a high-level think-tank that brought together representatives from governments, the private sector, financial institutions, scientific institutions and civil society around HSH Prince Albert II of Monaco and highlighted new ambitions for ocean protection, best practices for scaling up the sustainable blue economy and blue finance. To conclude the day, participants were updated on the multilateral ocean processes.

Workshops dedicated to innovation for the Ocean

This year, Monaco Ocean Week is offering the Ocean Innovators platform for the first time. This event is dedicated to cutting-edge technologies and innovative solutions to preserve the world's oceans, seas and marine resources. The objective? To connect decision-makers, investors, businessmen and philanthropists to the talented innovators and entrepreneurs, offering the best solutions for developing a sustainable blue economy.

A partnership between the Prince Albert II of Monaco Foundation and the Solar Impulse Foundation has been ratified, with the aim of pooling and amplifying the individual efforts of the two Foundations around a common initiative: to promote green, clean and profitable solutions that contribute to the preservation of biodiversity, better resource management and the deployment of economic opportunities.

At the MOW, each event is dedicated to a different issue but is always in search of solutions, favouring those coming from nature, whether it is for the Mediterranean basin, or for small islands, vulnerable to different risks (climatic, socio-economic, ecological, ...).

A focus on coastal resilience

For coastal communities, cities and territories, better understanding the threats and vulnerabilities of the coastal zone and designing a combination of effective actions that improve resilience to these impacts has become a priority. This was the objective of the Conference 'Sea and the City: Pathways for Coastal Resilience', organised for the first time at the MOW by the Prince Albert II of Monaco Foundation with Stimson Center and Ocean & Climate Platform.

Many international actors intervened to initiate reflection, present solutions and launch initiatives against this pollution, for example:

Faced with the overexploitation of marine resources, it is essential today to engage in joint, national and international reflection and action to raise awareness and protect marine ecosystems.

The Monaco Ocean Week highlighted the actions carried out by :

Monaco Ocean week and the Monaco Blue Initiative benefit from the support of ROLEX and Barclays Private Bank.