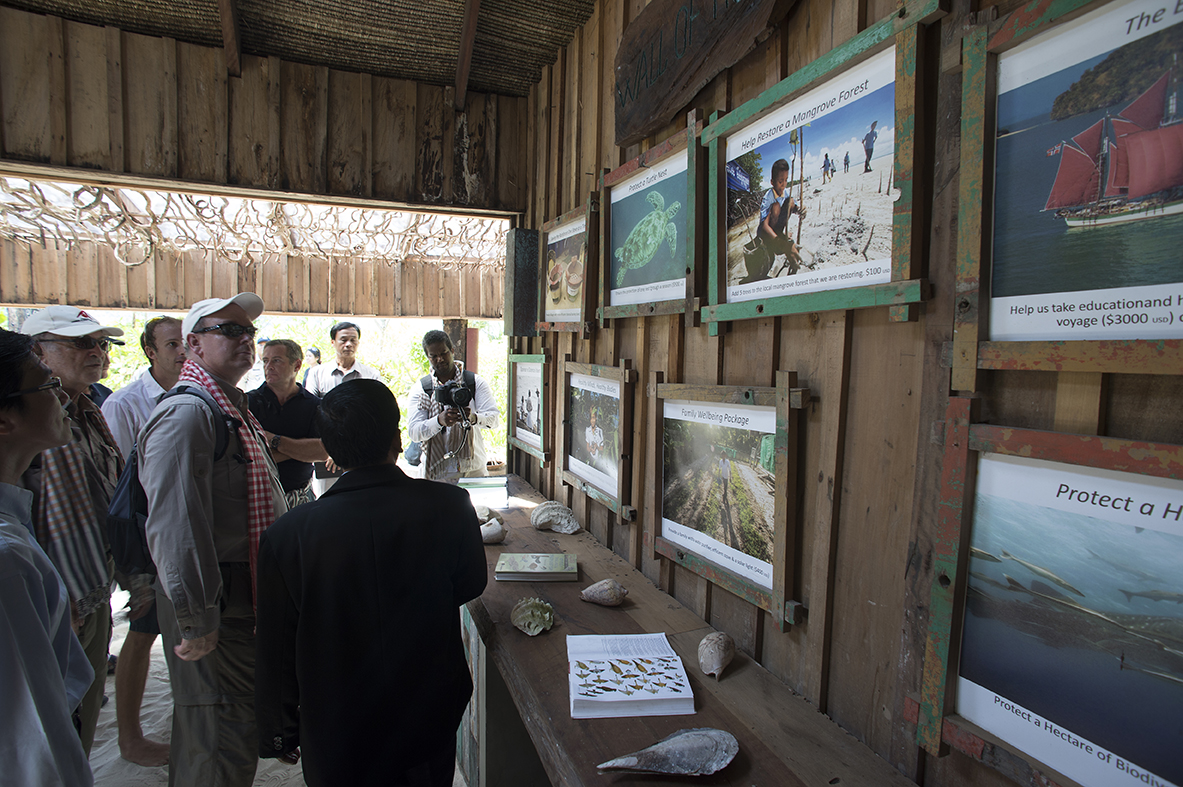 The Sovereign Prince of Monaco was visiting in his official capacity as President of the Prince Albert II of Monaco Foundation, who, along with the UK Government-funded Darwin Initiative, support Fauna & Flora International’s (FFI) marine conservation programme in the archipelago.

FFI and local partners, the Song Saa Foundation (SSF) and Coral Cay Conservation, have been working with the Royal Government of Cambodia’s Fisheries Administration (FiA) of the Ministry of Agriculture, Forestry and Fisheries to establish Cambodia’s first Marine Fisheries Management Area (MFMA). It is hoped the official announcement of the proclamation will be made any day now.

An MFMA is a multiple use Marine Protected Area (MPA), designed to benefit local fishing communities, marine life and the responsible sustainable development of an area. Currently no such large-scale MPA exists in the Kingdom.

Cambodia's waters support a rich and abundant marine life including coral reefs, seagrass meadows, extensive mangrove forests and key species such as the Critically Endangered hawksbill turtle. Marine habitats face major threats from overfishing and poorly planned coastal development, and the need to protect Cambodia’s waters and the local communities who rely on them has never been so important. The proclamation will greatly increase the area of Cambodia’s coral reefs under legal protection.

Earlier today, a delegation including the CEO and Vice-President of the Foundation H.E. Bernard Fautrier, joined HSH Prince Albert II of Monaco on the visit, which involved a boat trip around the Koh Rong Archipelago to get an appreciation of the scale of the proposed MFMA, which covers over 400km2.

Stopping at key locations for informal presentations and discussions of the Cambodian conservation context helped to provide an understanding of the island communities, key habitats, threats and the opportunities for marine conservation in the region. The group then moored at Song Saa Private Island for lunch, and then had the opportunity to view the noâ€take marine reserve established around the resort.

After lunch the group took a short boat ride to the nearby village of Prek Svay, the largest in the proposed MFMA, which has 162 households, many of which are heavily reliant on fishing. Here they met with members of the local Community Fishery Committee to discuss their efforts to protect fisheries resources. There are three such community-based organisations representing local marine resource users in the archipelago, and these have created the building blocks necessary for an approach founded on small-scale fisheries management, supported by the national and sub-national government and international and national organisations.

With the overall design for the first MFMA, including the establishment of a zoning scheme and management committee, now complete, FFI and SSF continue to work with the FiA to ensure it has the relevant information, tools and training required to effectively manage and monitor the MFMA.

The establishment of the MFMA will underpin coastal livelihoods and serve as a model for future marine resource management initiatives in Cambodia.

HSH Prince Albert II of Monaco highlighted that, “Cambodia's first Marine Fisheries Management Area makes more than protecting the four hundred square kilometres concerned by the operation. Thanks to this initiative, it is a new way of addressing the fishing issue, namely understanding the age-old and close link that island people have held with the ocean and its treasures. It is bringing into existence a different economic model which generates hope, as it is based on respect and responsibility rather than on the unlimited predation of natural resources. This initiative is proving the value of marine protected areas which enable us to preserve the ecosystems and promote the development of local populations.”

Berry Mulligan, FFI’s Coastal and Marine Project Manager added, “We are honoured to welcome HSH Prince Albert II of Monaco to the archipelago. Showing him and his team around has really cemented our pride in what’s already been achieved working with the FiA – and reminds us how working together – not just NGOs and development partners but also private sector, government and of course local fishing communities, is key in achieving successful conservation outcomes. The proclamation of the MFMA will be the result of the hard work of many organisations and individuals.”

With support from the Prince Albert of Monaco II Foundation and the Darwin Initiative, as well as commitment from the Royal Government of Cambodia and partners, the future for the new Marine Fisheries Management Area and the Koh Rong Archipelago shines with positive hope. 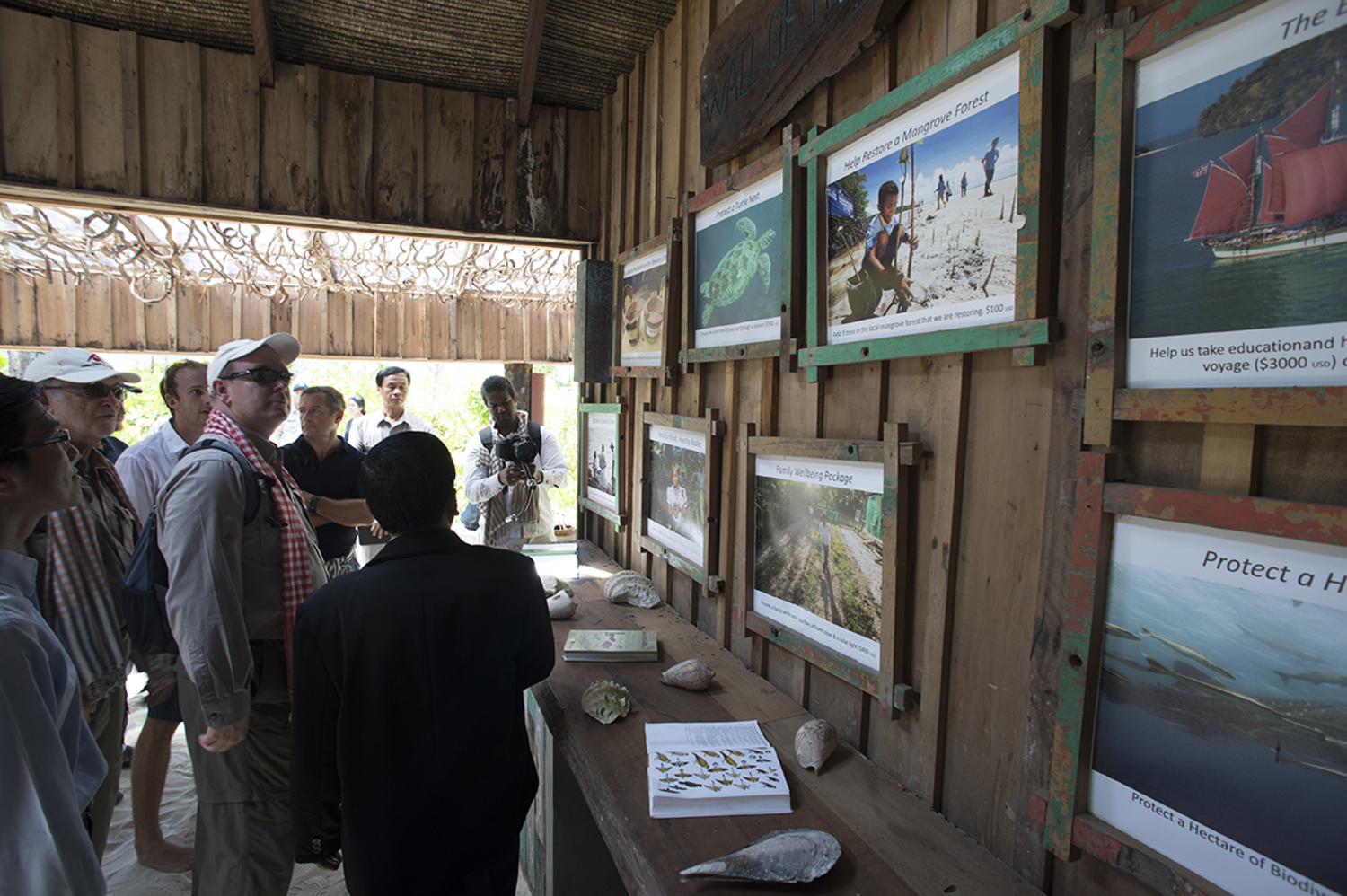 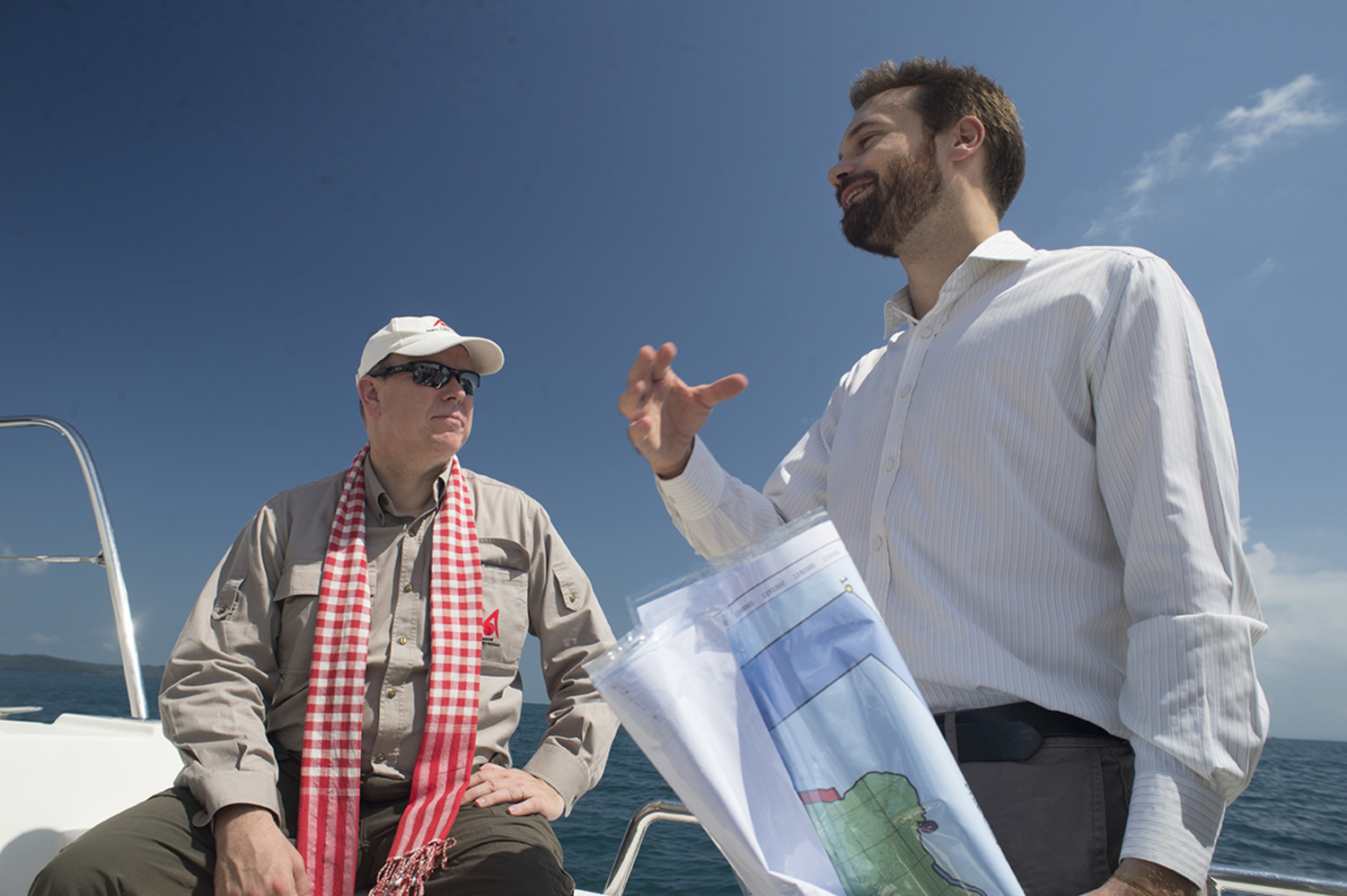 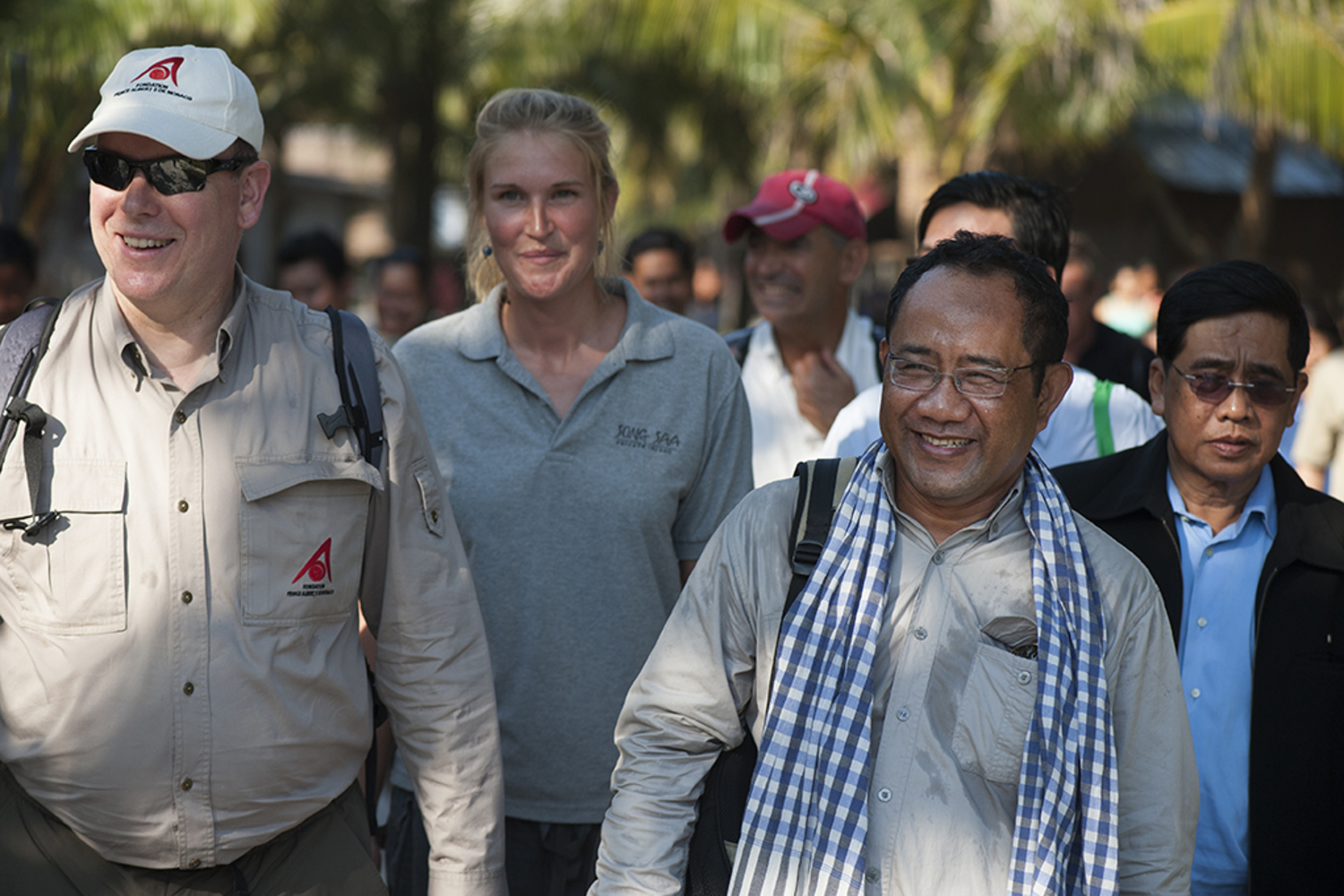 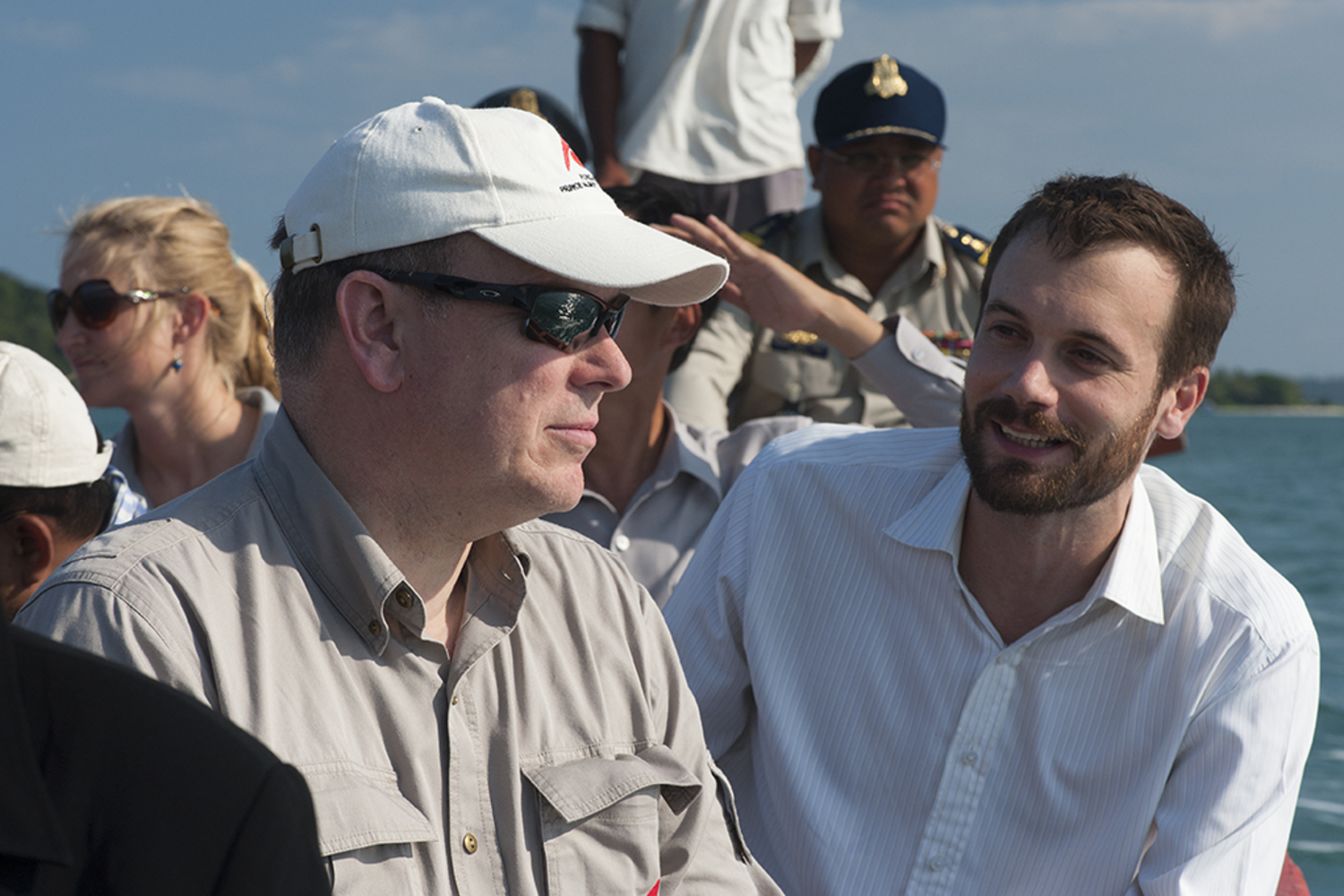 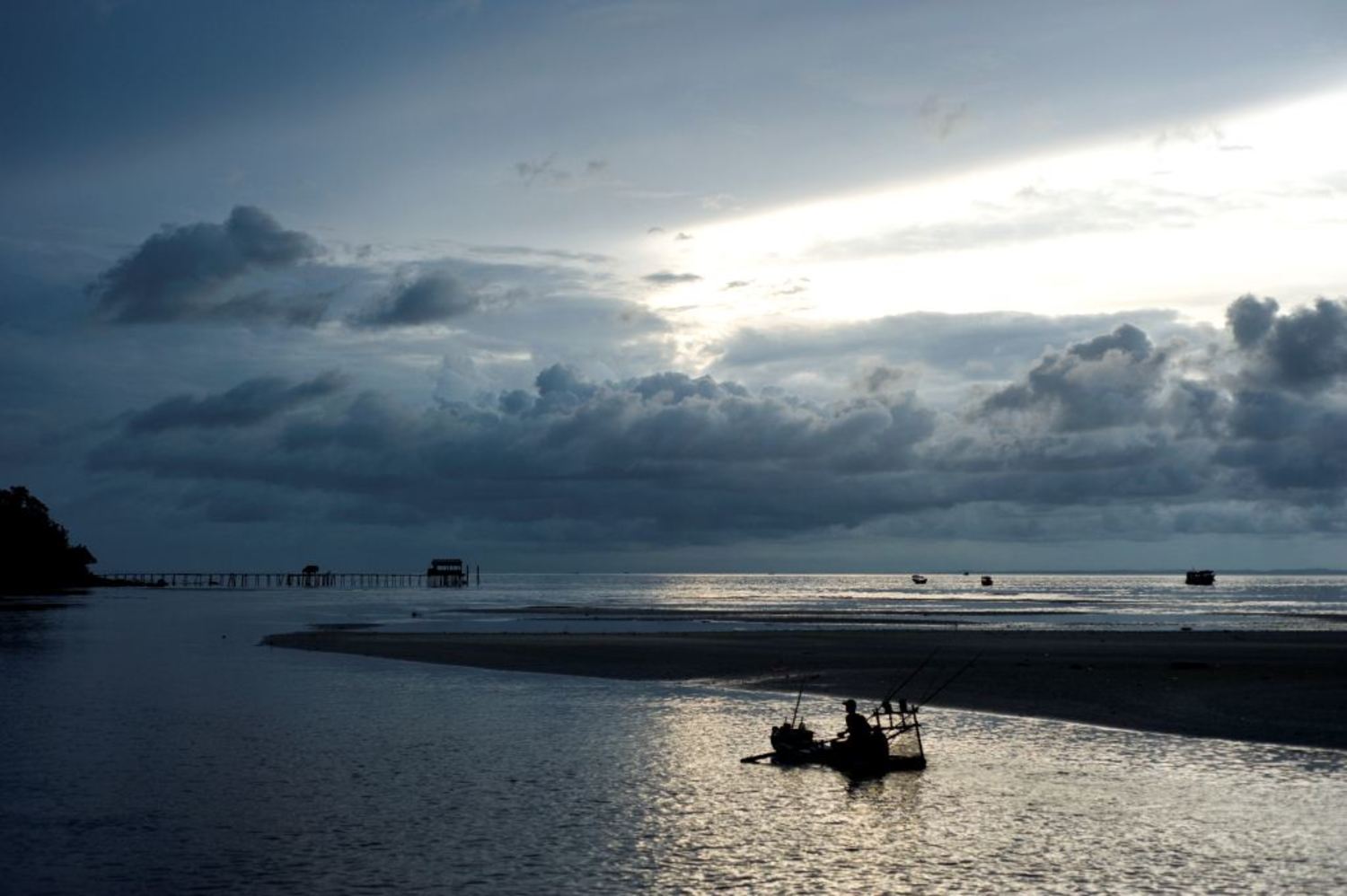 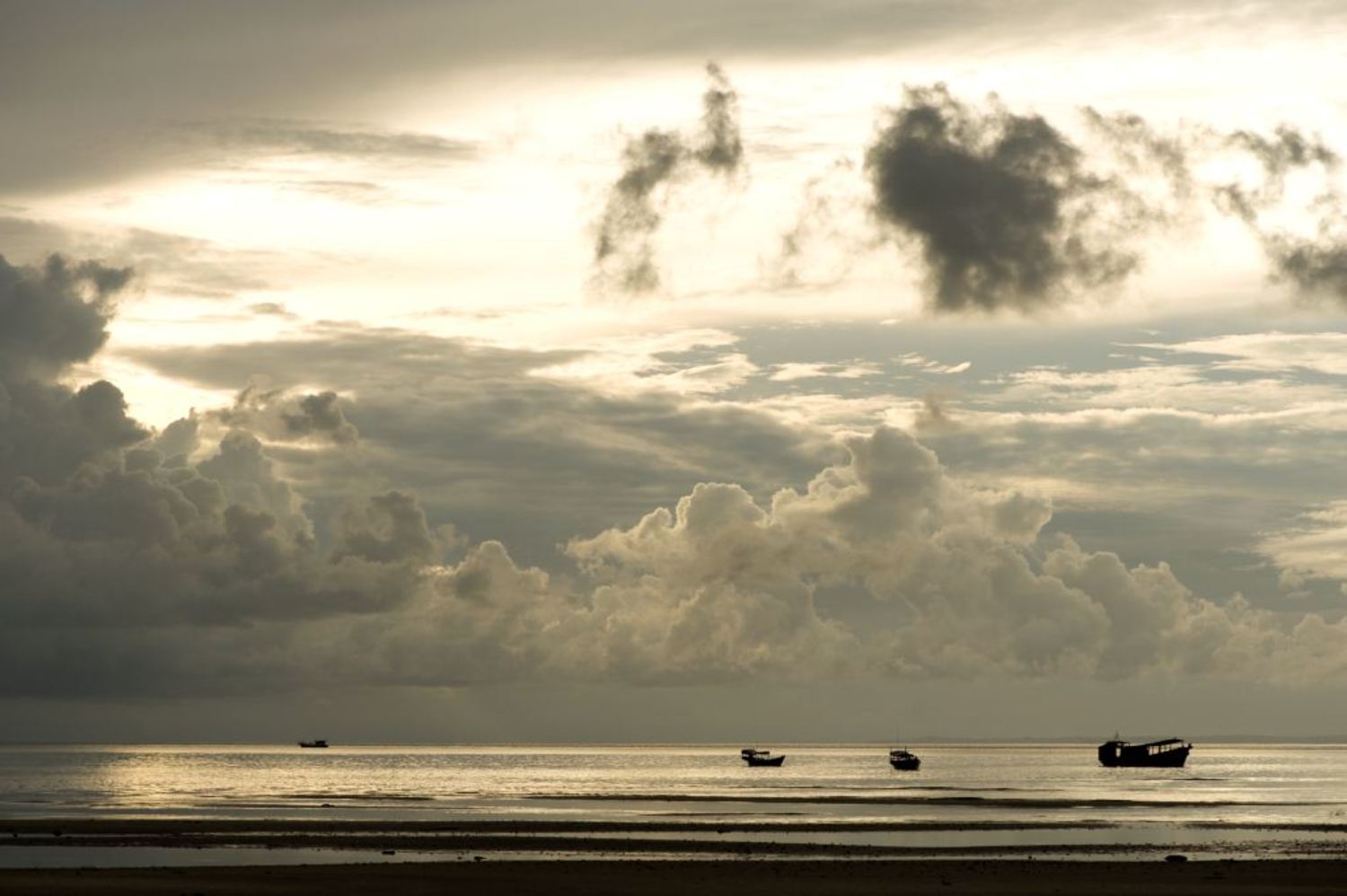 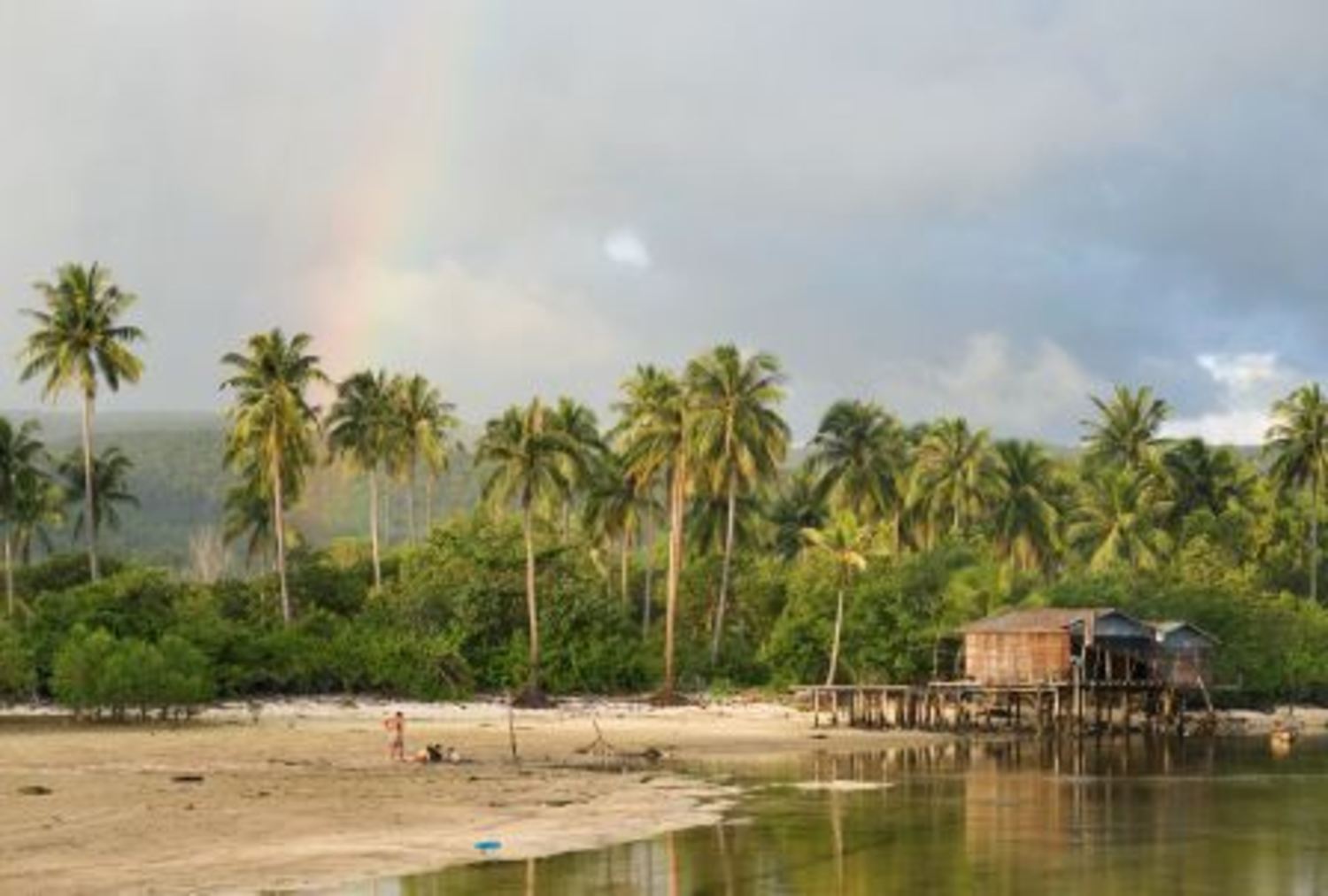