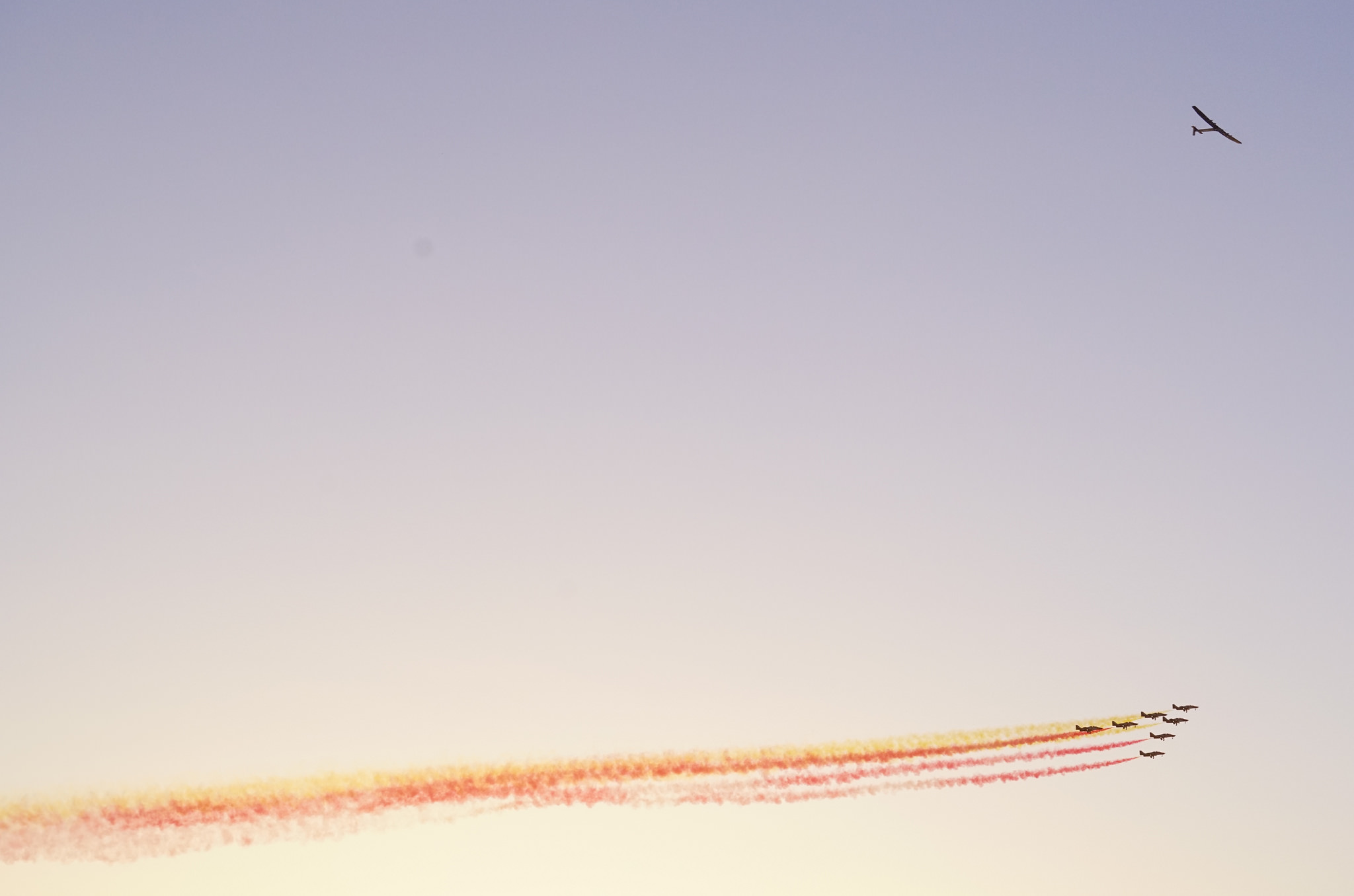 HISTORIC FIRST - COMING FROM NEW YORK, SOLAR IMPULSE LANDS IN SPAIN AFTER THE FIRST EVER SOLAR, ELECTRIC AND ZERO-EMISSION CROSSING OF THE ATLANTIC OCEAN

Seville, Spain, 23 June 2016 – On its journey around the world, Solar Impulse 2 (Si2) – the solar airplane of Swiss pioneers Bertrand Piccard and André Borschberg – landed in Seville, Spain, after a flight of three days and three nights (71 hours and 8 minutes) without fuel, completing the crossing of the Atlantic Ocean with several world records. The transatlantic flight covered a distance of 6'765 km (4'203 miles) powered only by the sun, confirming Solar Impulse’s vision that clean technologies and renewable energy can achieve the impossible.

At the controls of Si2, Bertrand Piccard touched down at the Seville Airport at 7:38am local time (UTC+2), after a historic flight of three days and three nights that took off from New York on 20 June at 2:30am local time (UTC-4) – at a maximum altitude of 8'534m (28'000 feet) and average speed of 95.10 km/h (59 mph) – completing the first ever electric, solar and emission-free transatlantic flight while breaking several world records (pending FAI approval). Those include distance and altitude in the electric airplane category as well as distance along a pre-declared performance in the solar airplane category.

For centuries, the Atlantic Ocean has been a playground for explorers with diverse means of transportation – sail and steamboats, airplanes, airships, balloons and even windsurfs. Half a millennium ago, Christopher Columbus set off into the unknown from Andalusia, discovering The Americas. Last century, Charles Lindbergh accomplished the first solo transatlantic flight with his prototype aircraft The Spirit of St. Louis, paving the way for the development of commercial aviation. Today, Solar Impulse accomplished that same crossing of the Atlantic Ocean, but with no fuel, paving the way for the future of clean technologies and energy efficiency.

“The Atlantic has always revealed the transitions between the ‘old’ and the ‘new’ worlds. But while theses worlds used to be geographical continents, today they are states of mind. The ‘old’ world is the world of inefficient polluting devices, depleting the Earth’s resources. The ‘new’ world is the world of modern clean technologies that can halve our global energy consumption, save natural resources and improve our quality of life. With this transatlantic flight our aim is to inspire the adoption of clean technologies everywhere,” said Bertrand Piccard, Solar Impulse Initiator and Chairman who flew the zero-fuel aircraft over the Atlantic.

Last year, André Borschberg accomplished a pioneering first by flying Si2 five days and nights over the Pacific from Japan to Hawaii, thereby proving that it is theoretically feasible to fly perpetually. Today, Bertrand Piccard completed the crossing of the Atlantic – a rite of passage symbolically confirming the maturity and usability of clean technologies, with the clear intention of inspiring people and nations to adopt them everywhere in their daily lives. More than an aviation first, Solar Impulse’s transatlantic flight is a first in the history of renewable energy.

“Solar Impulse is a demonstration of energy efficiency and smart energy management, similar to a flying smart grid. Just imagine your energy reserves increasing during flight and available day after day!” emphasized André Borschberg, CEO, Co-Founder and Pilot “Initially the aviation industry told us it was impossible to build such an airplane, but we believed we could do it thanks to all our partners’ technologies. Last year we showed that it could fly almost perpetually, and now we confirmed it with the transatlantic flight, proving again that change is possible when we have the right mindset and are not afraid to push back our own limits.”

Bertrand Piccard initiated Solar Impulse with the vision of having an airplane capable of flying night and day without using any fuel. To translate this vision into reality, he brought together the partners to fund this adventure and joined forces with André Borschberg who pulled together the team that designed and constructed Si2. In addition to being an aeronautical first, the Solar Impulse project was conceived as a now widely recognized platform to raise public awareness and encourage political actions in favor of clean technologies. To take the ambition a step further, Bertrand Piccard and André Borschberg announced, on the third day of the transatlantic flight, the intention of creating the International Committee of Clean Technologies.

The landing in Spain was welcomed by the Eagle Patrol of the Spanish Air Force. The mission will now continue onward to Abu Dhabi in the United Arab Emirates where the adventure started in March 2015. By flying around the world with no fuel, Bertrand Piccard and André Borschberg are demonstrating that today exploration and pioneering are no longer about conquering new territories, but about exploring new ways to have a better quality of life on Earth. Solar Impulse’s technologies can already be used on the ground, and have the potential to change individual habits, societies and markets in an unprecedented way. 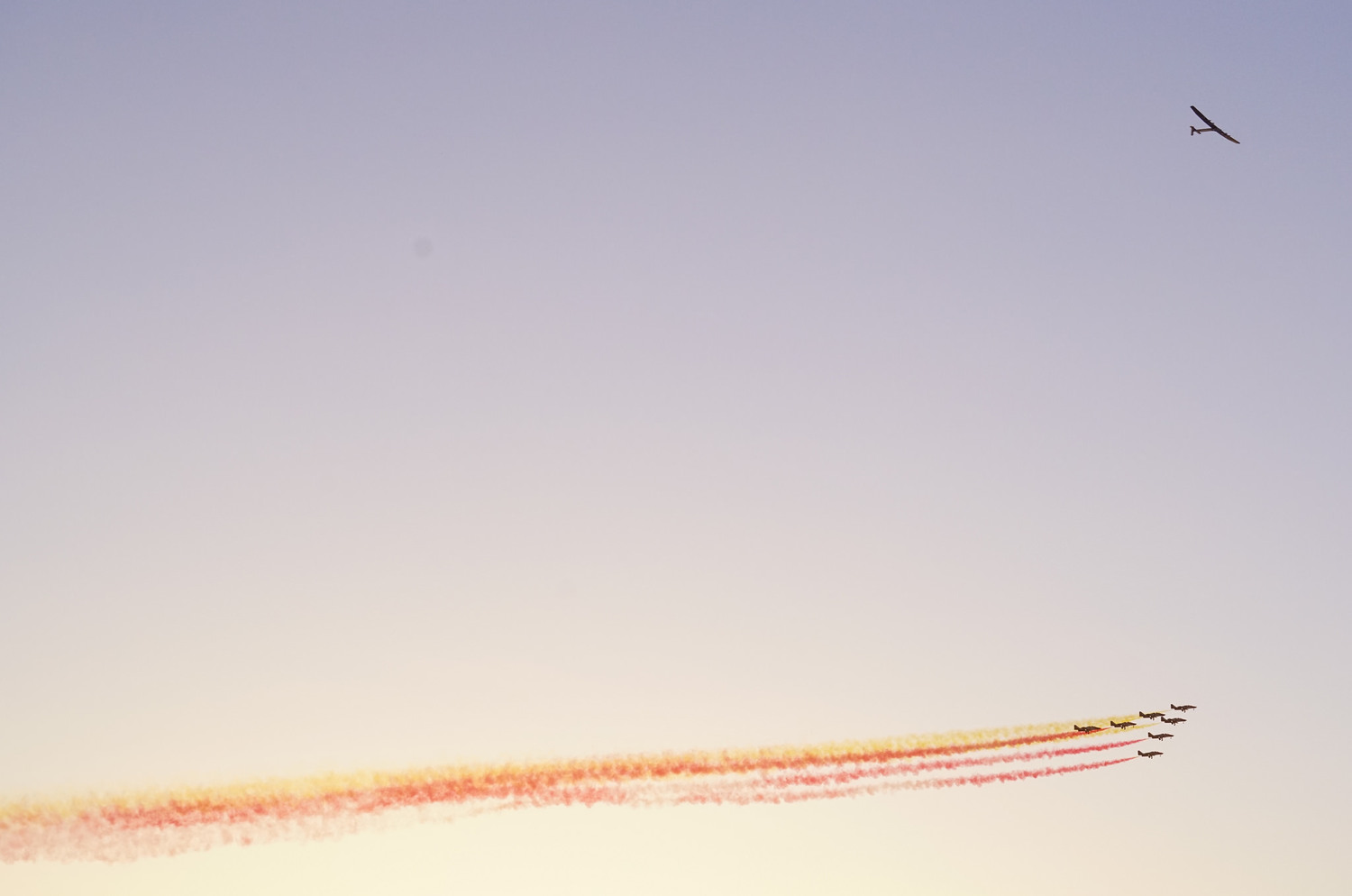 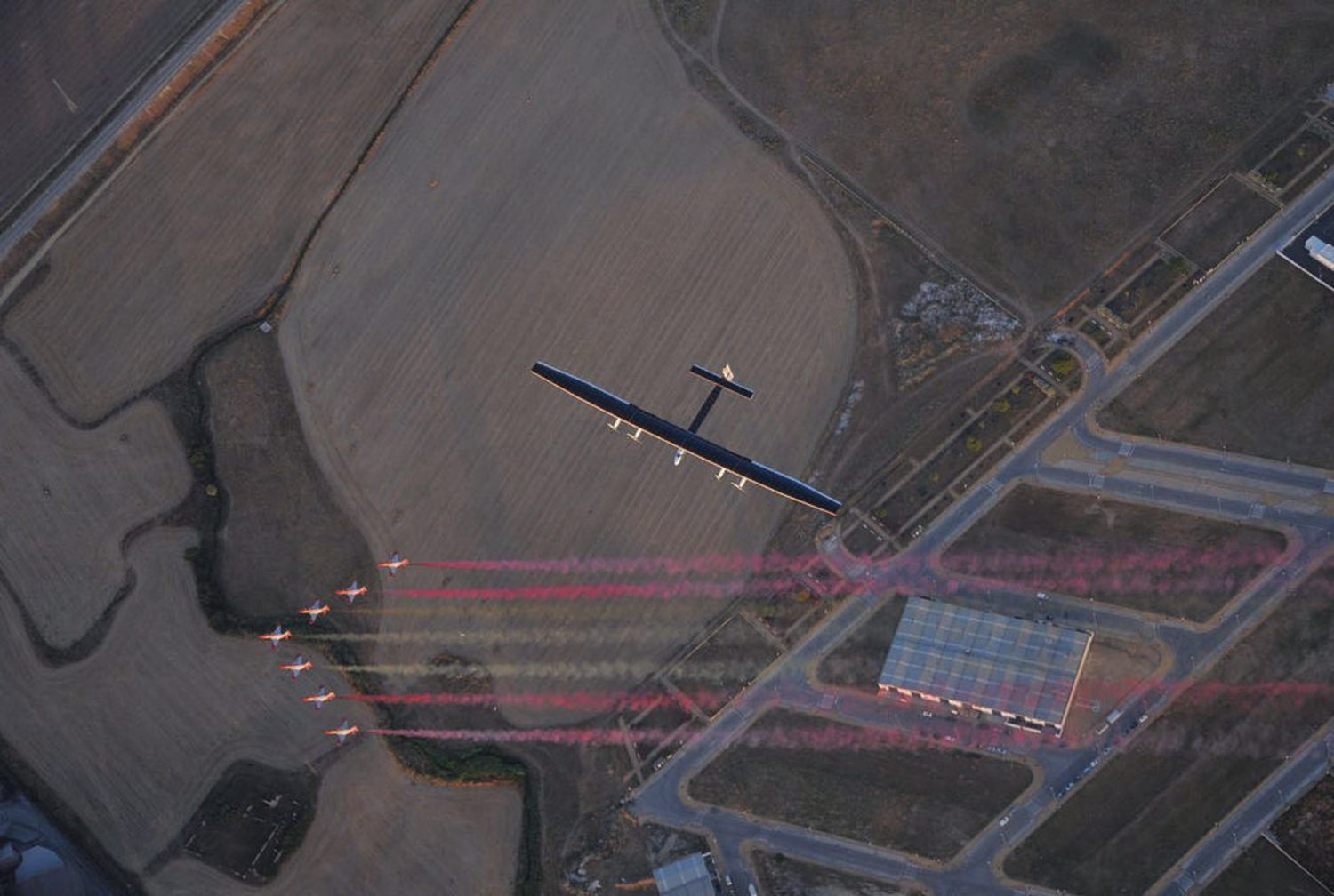