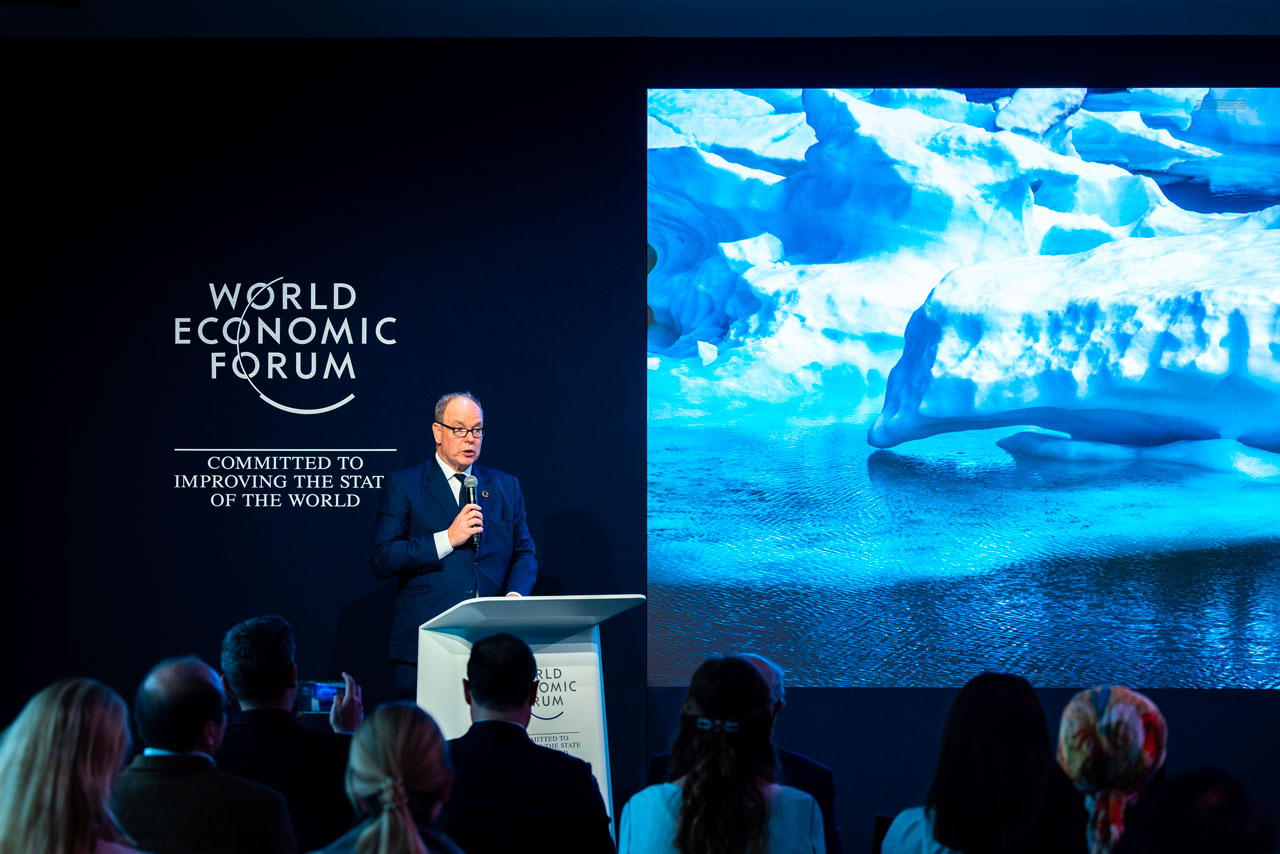 HSH Prince Albert II of Monaco arrived this 17 January  in Davos to attend the World Economic Forum’s annual meeting. The Sovereign took part in several events during the day dedicated to the conservation of polar regions, the role of philanthropy and finance in addressing nature, climate and ocean issues.

Opening the "Unpacking the polar crisis" session event, the Sovereign reminded the essential role played by the Poles in our future. Actual geopolitical tensions and remoteness of these regions should not make us forget that it is essential to give them our full attention: “Because although the Polar regions concern us all, above all they are dependent on the action of all of us - these regions in which the key challenges and key solutions in regard to our Planet’s health are concentrated.”

HSH Prince Albert II of Monaco invited States, businesses, scientists, NGOs to mobilise stronger alongside indigenous populations for their preservation, concluding that “To re-invent a sustainable lifestyle, we need to do more than make adjustments. We need to rethink our relationship with nature, in a spirit of unity. And for that, we must draw on the sensitivity, knowledge and intelligence of those who have been able to maintain these ties (…) That is why we need to listen to them, give them a voice, allow them to carry more weight in the future, not only in their regions, but more widely in the world.”

Attending the "Finance and pension funds for ocean health" session event, HSH Prince Albert II of Monaco addressed the issue of ocean conservation, its role in the climate system and for biodiversity. The Sovereign Prince reminded that we are now away from asking ourselves if we need to protect the ocean or what we can do: the IPCC report on Ocean and Cryosphere released in Monaco in 2019 demonstrated not only the impact of climate change on the ocean but also the solutions that could come from the sea to help us mitigate its negative effects. If solutions are known we still unfortunately experience a shortage of scientific, political and financial resources that we need to solve in order to accelerate actions. Instruments and financial mechanisms exist to help us in our task. “They all chart a path which I believe is vital: a path to promote ocean action which is not limited to initiatives with unrecoverable funds, but one which creates a new logic for a blue economy, in which nature is no longer a secondary datum, even a negative externality, but the source of new growth.” said HSH Prince Albert II of Monaco.