In U.N. Address, Calls for Action as Copenhagen Conference Approaches

“We have no choice: we must protect Arctic ice, enable it to continue to act as an essential temperature regulator for the planet, avoid the catastrophic rise in sea levels that would result from the ice melt, and stop the disappearance of permafrost releasing irreversible quantities of greenhouse gases back into the atmosphere. It is a duty for ourselves and for all of humanity – for our children, of course, but also all those who are already suffering the dramatic effects of these developments.”

With the U.N. Framework Convention on Climate Change (UNFCCC) in Copenhagen approaching, HSH the Prince urged negotiating parties to adopt international greenhouse gas mitigation targets that will safeguard Arctic ecosystems. HSH the Prince also stressed the urgent need for international action to plan for and manage new industrial activities – that will accelerate as the sea ice retreats.

HSH the Prince spoke during Climate Week NY°C, using his address at the opening session of the United Nations General Assembly to address threats to the Arctic in the face of global warming. Joining HSH the Prince were fellow members of the Aspen Institute Commission on Arctic Climate Change, including the President of the Natural Resources Defense Council Frances Beinecke, Director General of World Wildlife Fund – International Jim Leape, Chancellor of the University of Alaska Fran Ulmer, Inuit Advocate Sheila Watt-Cloutier, and Lindblad Expeditions Founder & President Sven Lindblad.

Climate Week NY°C is drawing hundreds of international government and business leaders for events and high-level meetings in New York City to discuss and address climate change, just more than two months before the Copenhagen conference.

“The United States must move forward and make a firm commitment to reduce its own global warming pollution,” said Beinecke. “At the same time, the U.S. should lead an international initiative to address the impacts of new industrial activities in the Arctic, which have the potential to cause major additional impacts on a system already stressed by global warming.”

“The Arctic meltdown imperils that fragile region, and also threatens the rest of the planet. Methane released from thawing permafrost will further accelerate climate change, and scientists estimate that melting ice sheets will raise sea levels around the world by more than three feet. Heads of State gathering at the U.N. this week must send an unequivocal message that they will forge a fair, ambitious, and binding climate deal in Copenhagen,” said Leape.

“The rapid rate of climate change is very obvious to people who live in the Arctic. Coastal erosion, thawing permafrost and receding glaciers are a constant reminder that the earth is warming. For ice dependent species like polar bears and walrus, Arctic sea ice is essential to survival. This summer's sea ice melt was the third largest in 30 years. The trend is clear. Since the Arctic serves as an air conditioner for the planet, the state of Arctic ice should be of concern to everyone regardless of where they live, not just those of us who live in the North,” said Ulmer.

“We must understand that climate change in the Arctic is also about the human impacts, a real challenge to the way of life of a people who have lived there for millennia, dependent upon the ice, snow and the cold for cultural survival,” said Watt-Cloutier.

“The Aspen Institute and the Prince Albert II of Monaco Foundation are working together to help ensure a sustainable future for the Arctic. The health of the planet and all life depends on what happens in the Arctic, especially if ice melt continues to accelerate and the Earth’s temperature continues to rise,” said David Monsma, Executive Director of the Energy and Environment Program at the Aspen Institute.

The Aspen Institute Commission on Arctic Climate Change is a partnership formed between the Aspen Institute and the Prince Albert II of Monaco Foundation in light of impending changes to the Arctic. The Commission is composed of scientists, policy experts, oil company executives and representatives from Arctic native communities and environmental organizations whose knowledge, prominence, and affiliations can give weight and draw attention to the group’s work. The Commission is examining the implications of impending climate changes for the Arctic, assessing the adequacy of current multilateral arrangements and the most current scientific understanding of Arctic systems, and making recommendations for greater international cooperation.

The Prince Albert II of Monaco Foundation strives to act as an accelerator of projects and solutions for the environment. It promotes sustainable and equitable management of natural resources and places the individual at the centre of its projects. It encourages the implementation of innovative and ethical solutions in three main areas: climate change, biodiversity, and water.

The Aspen Institute mission is twofold: to foster values-based leadership, encouraging individuals to reflect on the ideals and ideas that define a good society, and to provide a neutral and balanced venue for discussing and acting on critical issues. The Institute is based in Washington, DC, Aspen, Colorado, and on the Wyre River on Maryland’s Eastern Shore and has an international network of partners. 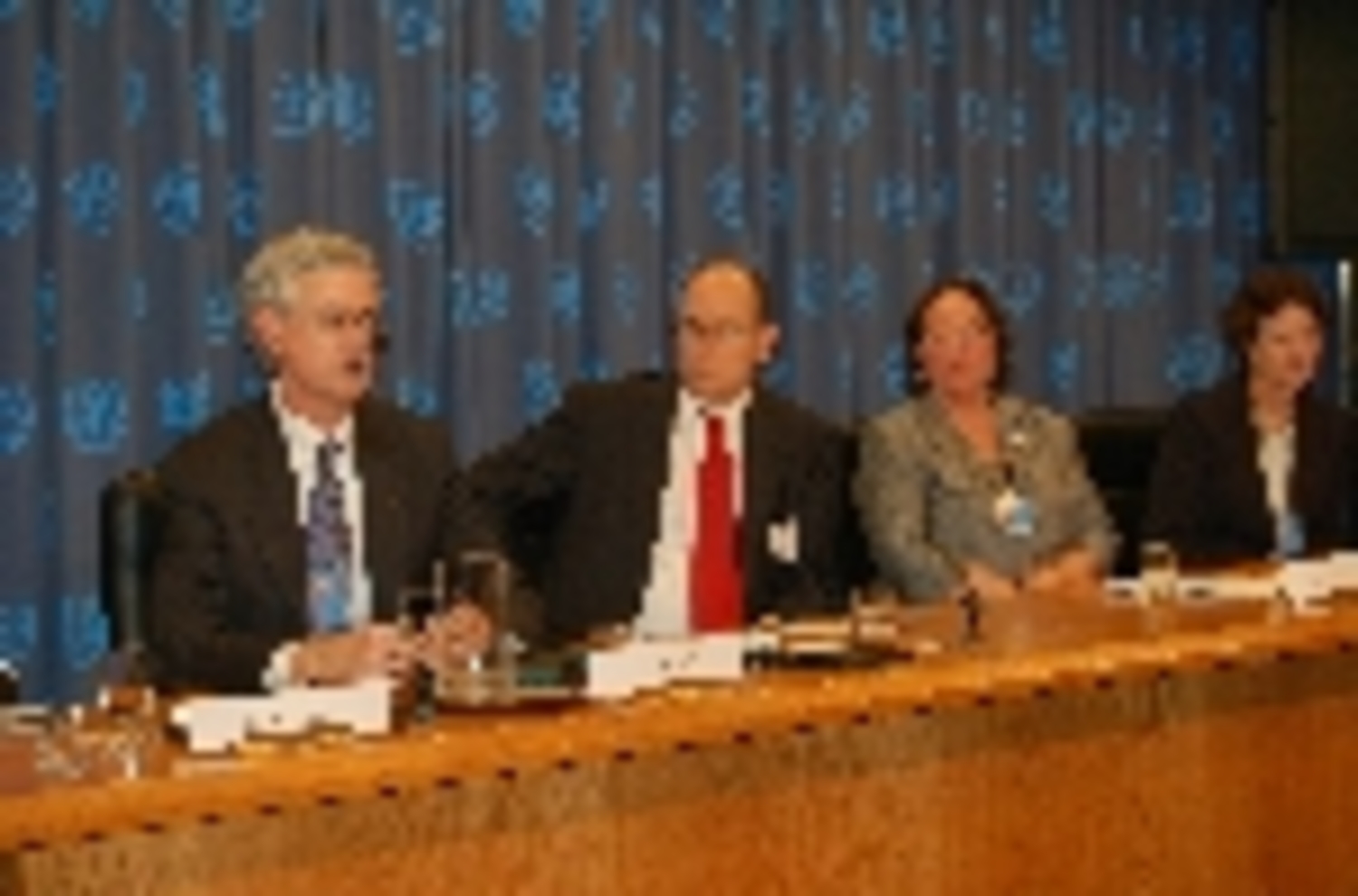