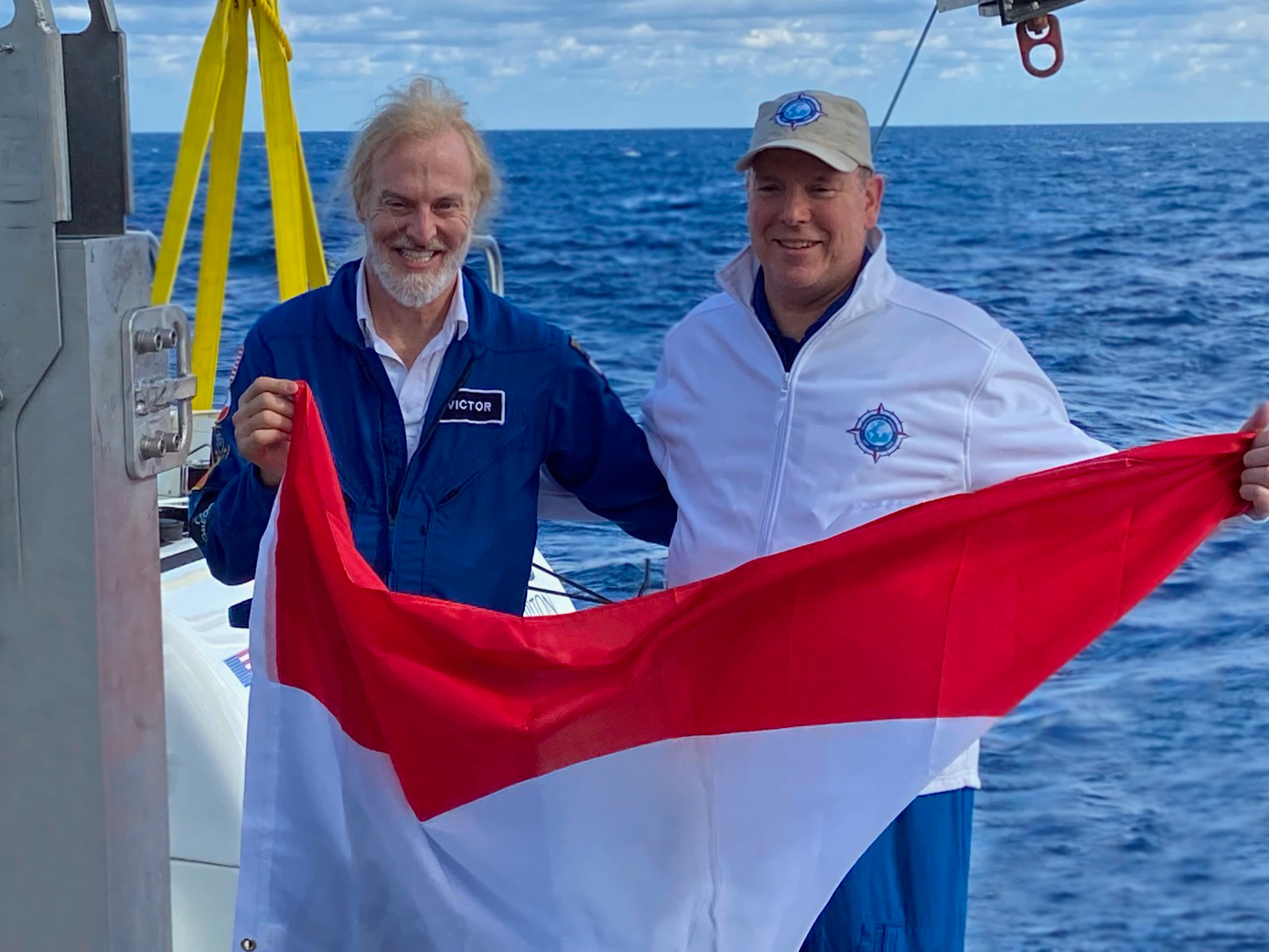 HSH Prince Albert II of Monaco dives to the bottom of the Mediterranean Sea, the Calypso Deep off the Greek coast, with the American explorer Victor Vescovo

HSH Prince Albert II of Monaco headed to Greece, under the aegis of the Explorations of Monaco, on the 9th of February, to join the Caladan Oceanic Expedition team, led by the explorer Victor Vescovo. He was the leader of last year’s Five Deeps Expedition, the first expedition in the world that succeeded in diving to the deepest point of each of the world’s five oceans.

In Kalamata, the Sovereign boarded the research vessel DSSV Pressure Drop, in order to reach the Calypso Deep, the deepest point of the Mediterranean Sea located south-west off the coast of the Peloponnese Peninsula. The dive was accomplished aboard a submersible designed and manufactured by Triton Submarines called the Triton 36000/2 or the DSV Limiting Factor, equipped with a sonar system and other instruments enabling it to navigate to the absolute bottom of the ocean floor. Started at 8:50am the depth of -5109 m was reached at 11:12am and back to surface at 2pm. Thus, on February 10th, Vescovo and His Serene Highness reached the absolute bottom of the Mediterranean Sea.

Thanks to this submersible, specially designed and certified to operate at any ocean depth, Vescovo became the first man to reach, in December 2018, the deepest point of the Atlantic Ocean: the Puerto Rico Trench, at -8,376m.  During 2019, he then successfully dived into the heart of the other great oceanic trenches including the South Sandwich Islands Trench in the Southern Ocean (-7,434m), the Java Trench in the Indian Ocean (-7,192m), the Mariana Trench

In ten months, the expedition covered some 87,000 km and discovered nearly 40 aquatic species living in these great depths. From his dive in the Mariana Trench, Vescovo took a sample of Hirondellea Gigas which he presented to the Sovereign Prince last September, in memory of the discovery of this amphipod by His great-great-grandfather Prince Albert I, on board his research vessel Hirondelle.

Additional dives in areas of scientific interest or historical importance were conducted, such as here in Greece near the Calypso Deep or later in the month, in the Red Sea.

During the dive a huge quantity of plastic debris (bags, bottle, etc) was observed confirming the very concerning situation of the Mediterranean regarding plastic pollution.