HSH Prince Albert II of Monaco inaugurates in Beijing the

On 25 August 2015 in Beijing, HSH Prince Albert II of Monaco inaugurated an exhibition presented by his Foundation and a TEDxBeijing event. Staged in Salone Monaco, a new event space in Parkview Green, both events celebrated and explored the world’s single largest ecosystem — the ocean. “These events confirm the fact that the voice of Monaco can be heard concerning the fundamental issue of the oceans and above all, they confirm the importance of the role that China can play in our common struggle to preserve the seas” said HSH the Prince of Monaco.

Covering over 71% of our planet, the oceans produce 50% of the Earth’s oxygen and provide sustenance for millions of people. Yet only 3% of the oceans are protected, meaning that one of mankind’s most important resources is exposed to the dangers of overfishing, pollution and acidification.

Oceans: An Invitation to the Dream, A Promise of Adventure is a tribute to the oceans. The exhibition was inspired by Jacques Perrin’s award-winning film Oceans, which is currently being shown in Salone Monaco’s auditorium. “The oceans are more than ever before at the heart of our common future. Although they are subject to substantial threats, they also offer infinite solutions and unparalleled opportunities, whether of an ecological or economic nature, energy or food related” said HSH Prince Albert II of Monaco.

Featuring work from over ten different photographers, the exhibition showcases the diversity of marine life. Fragile marine organisms are displayed next to gigantic sharks, who dwarf their human counterparts. The exhibition also explores the darker parts of this underwater world, exposing how human activities have adversely affected the marine ecosystem. Organised by The Prince Albert II of Monaco Foundation in collaboration with Parkview Arts Action, it is an important reminder of the beauty of the ocean and the extent to which mankind relies upon it.

The TEDxBeijingSalon event Oceans: Innovation and Conservation was held in the auditorium of Salone Monaco on the morning of August 25. It featured high profile speakers, who discussed the challenges faced by our oceans and outlined ways we can help to preserve and protect it.

HSH Prince Albert II of Monaco opened the TEDxBeijingSalon event, detailing the initiatives currently being driven by Monaco and his foundation in order to preserve the seas and their ecosystems and highlighted that “It is up to us to break away from certain comforts and a certain egoism. Thinking globally, thinking sustainably and thinking collectively above all means thinking of others, thinking further ahead than our habits and immediate interests”.

Following this key note speech, WildAid China Chief Representative May Mei discussed the campaigns lead by her non-governmental organisation and demonstrated how successful campaigning can lead to real, tangible change. ‘We use the power of celebrity to reach the youth and the youth can influence their parent’s generation.’ said May .

National Geographic Explorer-in-Residence Dr. Enric Sala also spoke at the event, discoursing on the Pristine Seas project. Pristine Seas was launched in order to find, survey, and help protect the last wild places in the ocean. ‘Our research has shown that the marine protected areas have a positive impact on the health of the ocean as a whole. The healthy ocean in turn has a positive impact on the economy, including the fishing and tourism industries.’ said Dr Sala. The renowned environmentalist and 2014 Water Awardee of the Prince Albert II of Monaco Foundation, Ma Jun closed the event, sharing his expertise on water pollution. Ma Jun directs the IPE (Institute of Public and Environmental Affairs), which developed the China Water Pollution Map — the first public database of water pollution information in China. ‘Often we neglect pollution in our oceans. But the Chinese coast is no longer blue — there is a long line of pollution extending from the coast. How do we address this? It starts with transparency and public participation. Our mobile map Blue Mao 2.0 empowers it users by providing them with pollution data. Users can use Wechat to share this data with other people… it allows us to effect change.’

All of this happened under the roof of Salone Monaco, an event space dedicated to fostering new thinking and encouraging debate in the field of environmental protection. Inspired by the salons of a bygone era, Salone Monaco has been designed to spark conversations between different sections of the global community.

These events are part of a wider programme of ocean-themed activities being held by Parkview. The programme centres on the contemporary art exhibition On Sharks & Humanity, which is currently being shown at the National Museum of China. Other events include WildAid’s Go Blue initiative, which encourages people to cycle from Parkview Green to the National Museum, and various installations throughout the Parkview building. 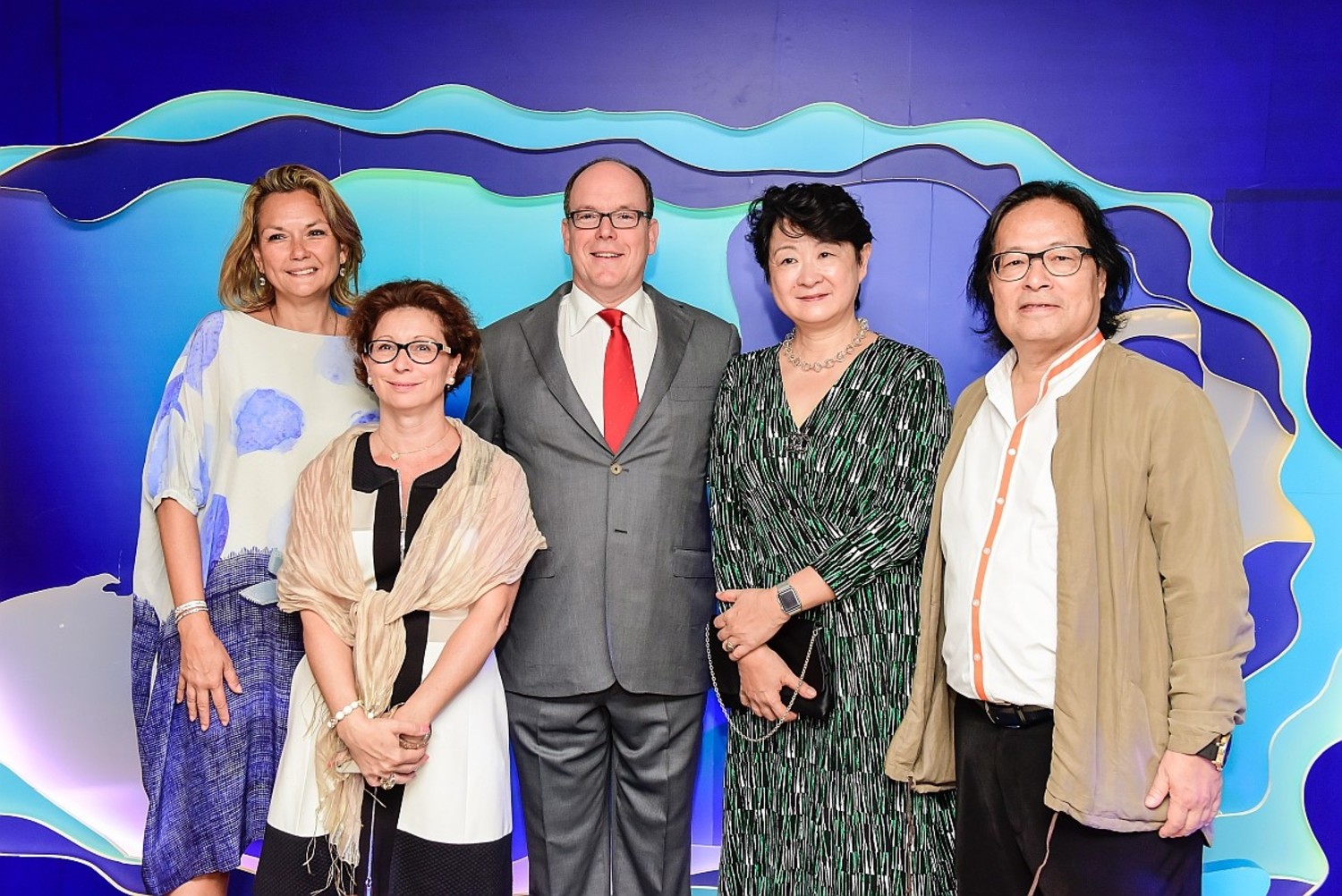 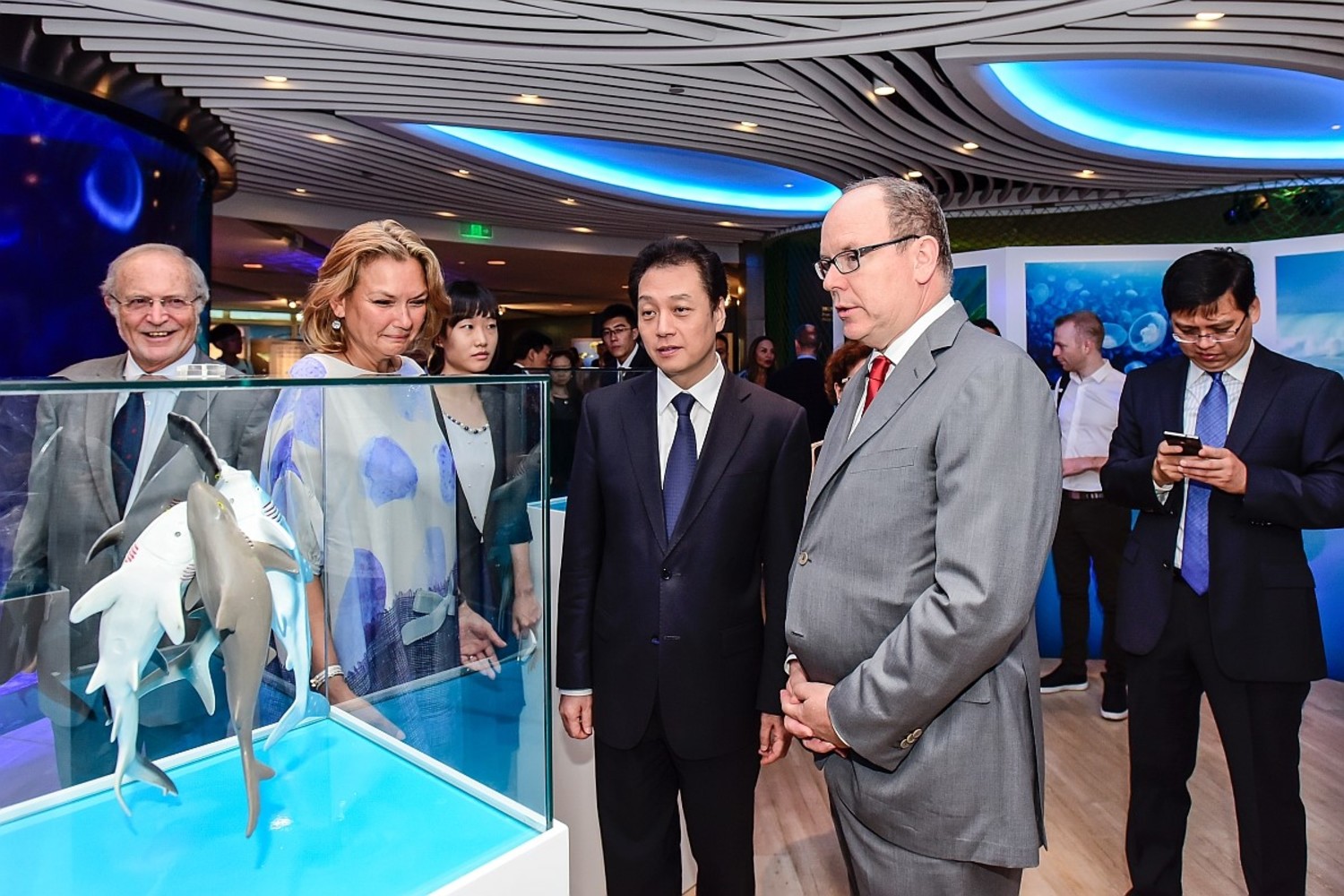 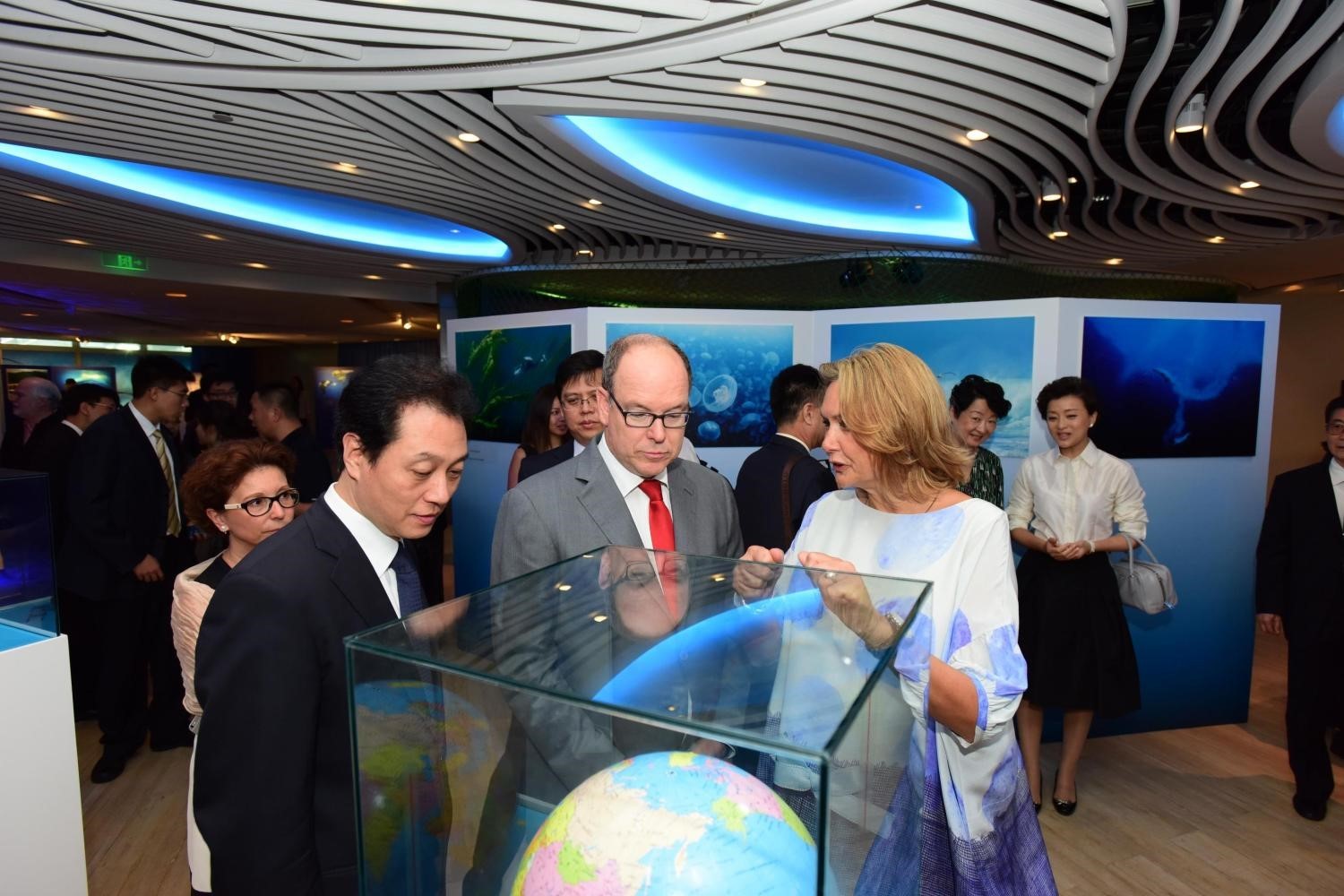 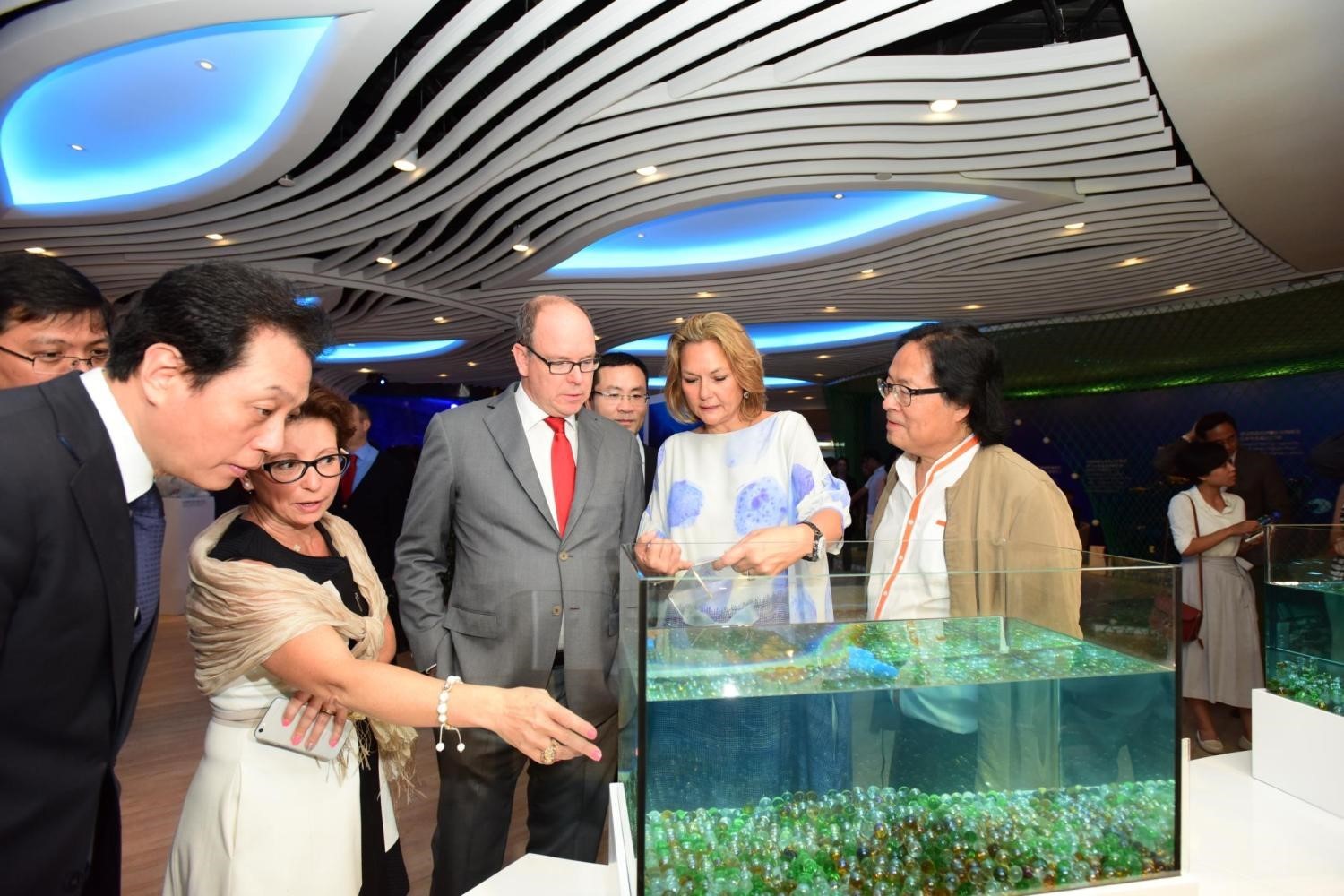 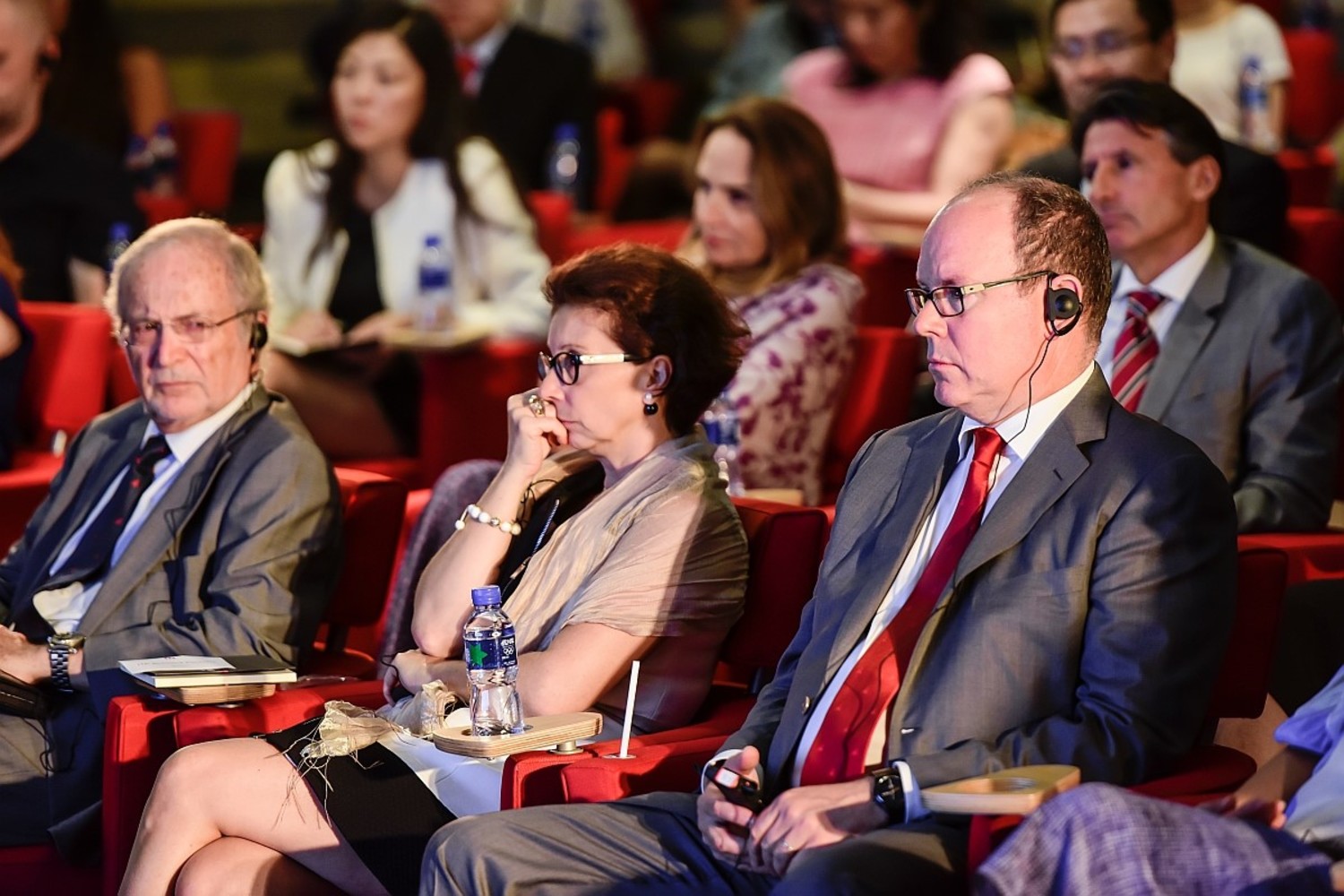