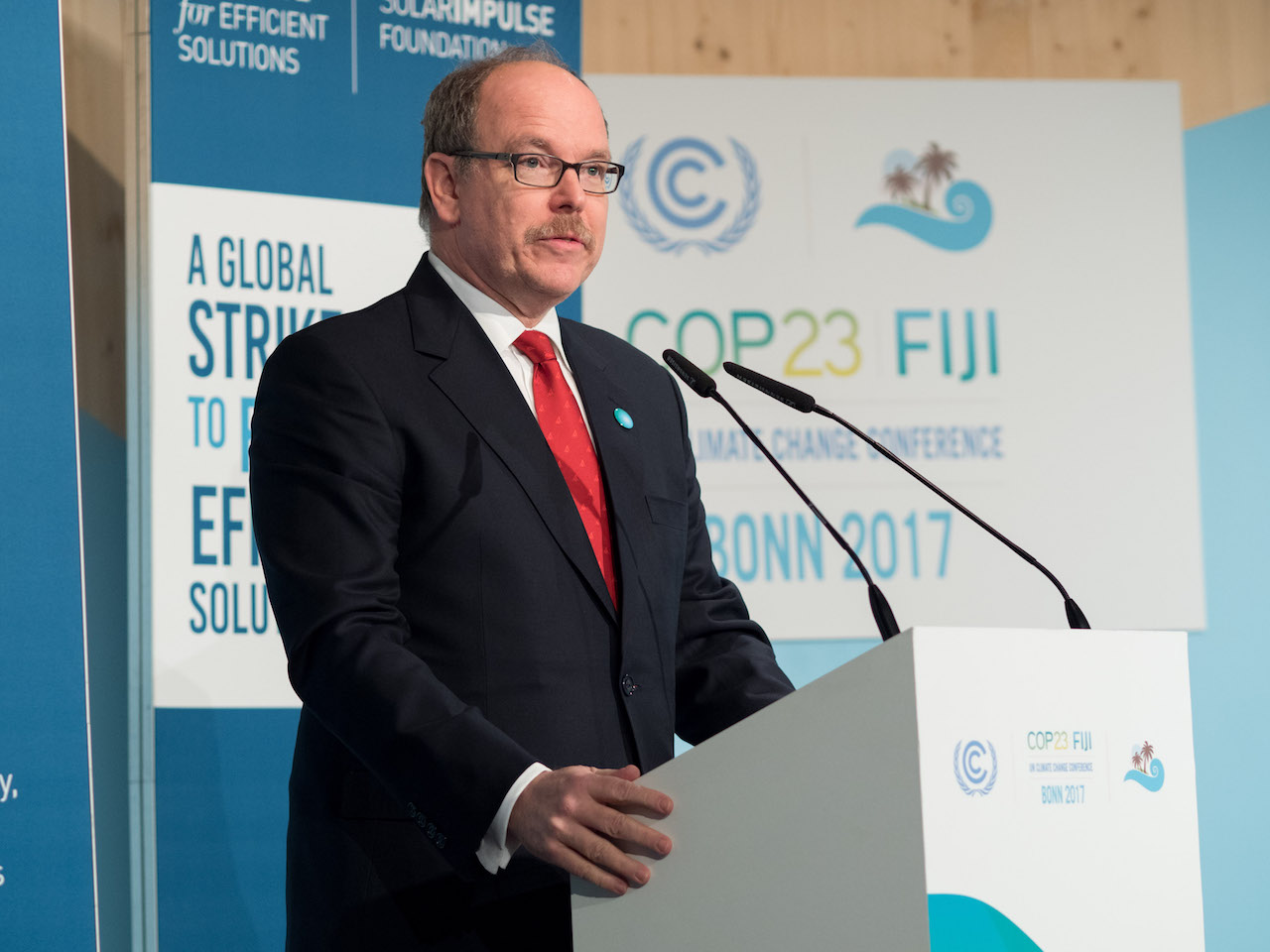 The United Nations held their 23rd Climate Conference, COP23, in Bonn, Germany, from 6 to 17 November. An opportunity for the international community to take stock of the Paris Agreement, made on 12 December 2015, and to reiterate the urgent need for action to limit global warming

The 23rd UN conference on climate change, commonly referred to as "COP" (Conference of the Parties), was the first climate meeting to be chaired by a small island state, Fiji. The Rhineland city hosted a gathering of some 17,000 delegates until 17 November.

"Eighteen months after the conclusion of the Solar Impulse project (...), we meet again for a new adventure. (...) You are now offering an additional tool (...) in bringing together the world's stakeholders in the clean technology sector. (...) Collective actions are the only way to promote the emergence of effective and sustainable solutions," said the Prince, during his speech.

At the close of the event, the Prince officially started the countdown for the "1000 effective solutions", in the same spirit that inspired the take-off of the Solar Impulse pilots.

On 15 November 2017, HE Bernard Fautrier participated in the high-level event "Small Islands, Big Impacts: Blue Action Fund and SIDS lead on Ocean Conservation". Guests included Dr Gerd Mûller, Germany's Minister for Economic Cooperation and Development, and Isabella Lövin, Sweden's Minister of International Cooperation for Development and the Climate. The objective of this event was to highlight the actions led by the Blue Action Fund, an environmental trust fund which supports marine ecosystems in Small Island States. Its second objective was to underline the role of marine ecosystems in adaptation to climate change.

On 16 November 2017, Mr Bernard Fautrier participated in the "Four per 1000" event chaired by Mr Ibrahim Mayaki, recipient of a 2017 award from the Foundation, and Mr Stéphane Le Foll, France's former Minister for Agriculture, Agrifood and Forestry and current Deputy for La Sarthe. The objective of "Four per 1000" is to demonstrate that food security and the fight against climatic disturbances are complementary. The Prince Albert II Foundation has joined this initiative. "The project highlights the great potential for carbon storage in soils, increasing their organic matter content. This has a significant leverage effect in the fight against climate change, which is one of the major concerns of the Foundation," HE Bernard Fautrier said, during his speech.

On the same day, Mr Bernard Fautrier participated in a side-event held by the Foundation, the IUCN, the French Facility for Global Environment (FFEM) and the Ramsar Convention on Wetlands, entitled "Fast tracking and financing coastal and marine nature-based solutions for climate resilience". The event was chaired by Inger Andersen, Director-General of the IUCN, with presentations respectively by Ms Carole Dieschbourg, Luxembourg's Minister for the Environment, Ms Catherine Mckenna, Canada's Minister for the Environment and Climate Change, Martha Rojas-Urreggo, Secretary General of the Ramsar Convention on Wetlands, Fernando Mora Rodriguez, Costa Rica's Deputy Minister for Water and Oceans, Kosi Latu, Director General of the Secretariat of the Pacific Regional Environment Programme, and Jean Pierre Gattuso, Professor at the French National Centre for Scientific Research (CNRS) and the French Institute for Sustainable Development and International Relations (IDDRI).

COP23, whose declared ambition was to "aim further, faster and all together", opened this year in a context of many extreme climatic phenomena, including devastating hurricanes, fires, floods, droughts and ice loss, with agricultural impacts that threaten food security.

"All over the world, thousands of people are suffering, overwhelmed by the upswell of natural forces against them," said the newly-elected President of COP23, Fiji's Prime Minister Frank Bainimarama. "This means that we must meet our obligations in full, and not shirk them." 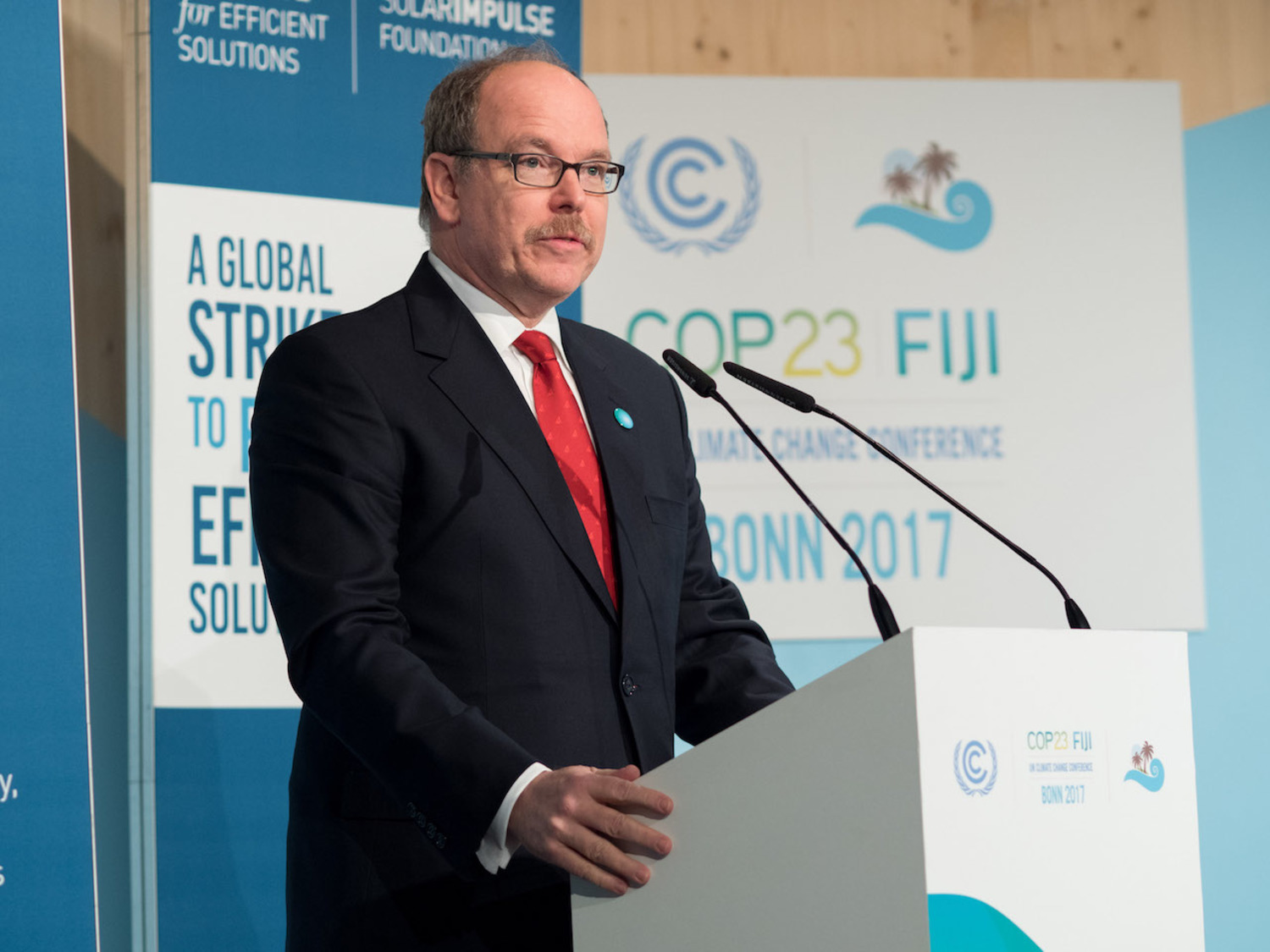 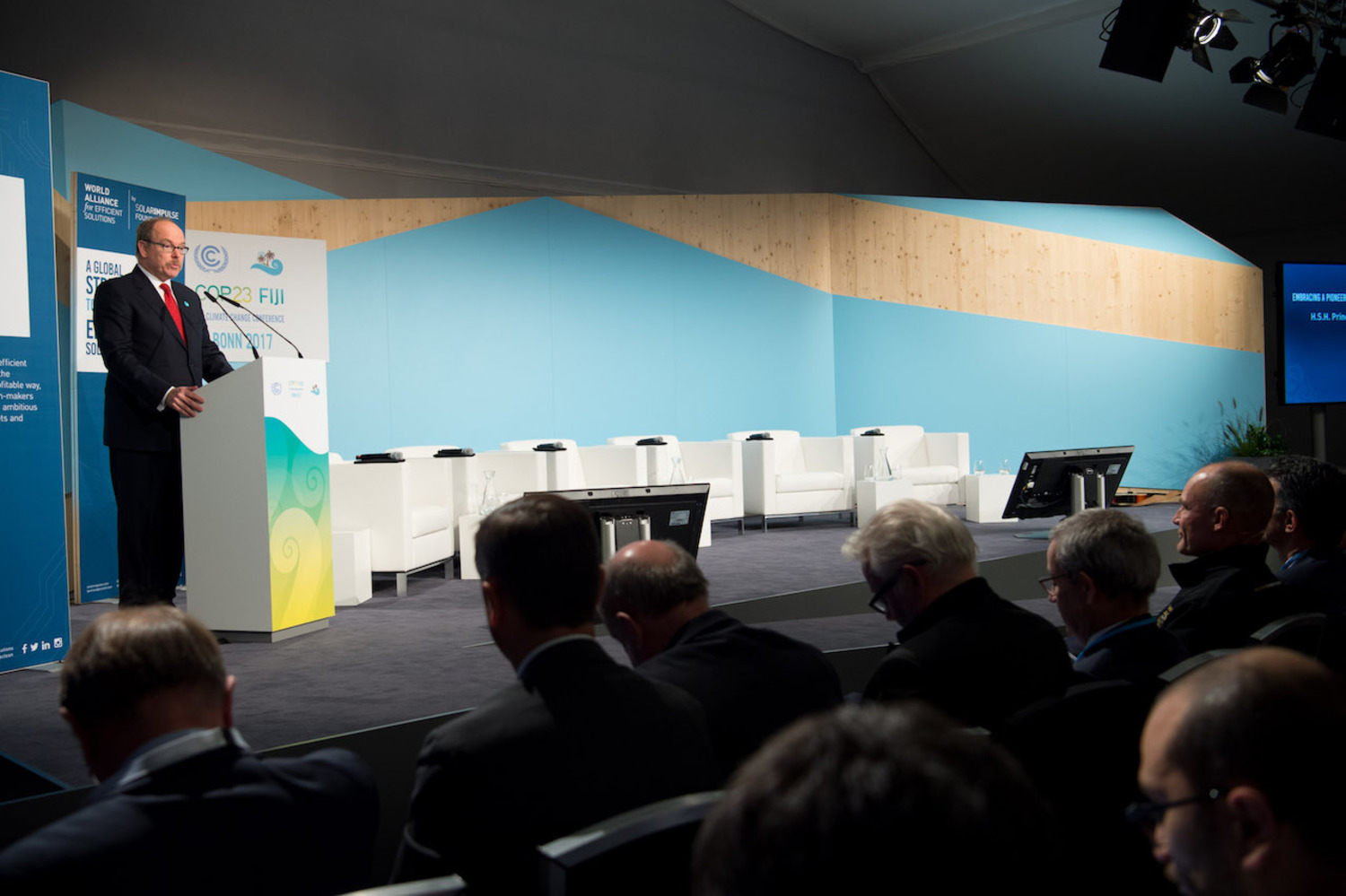 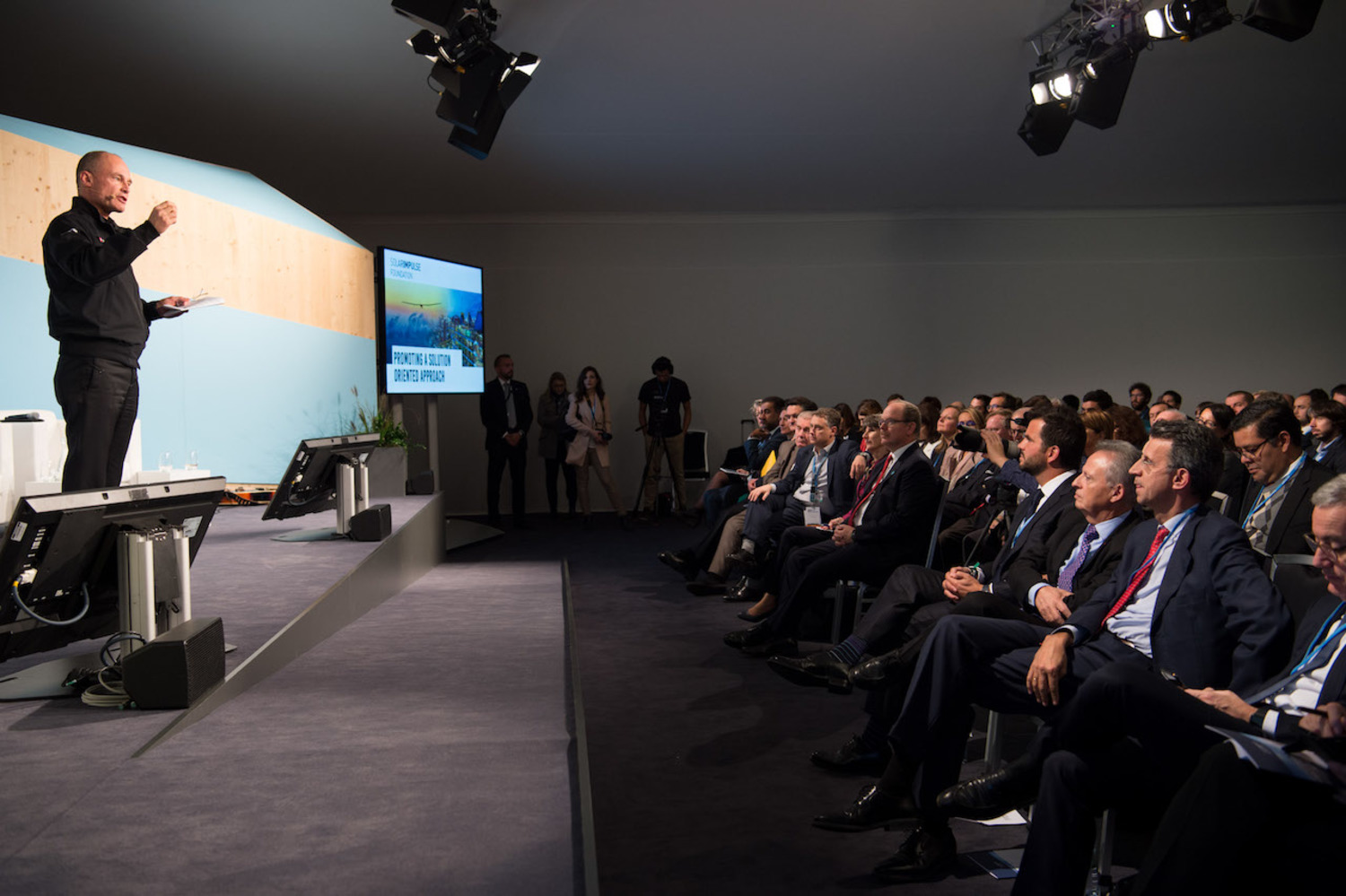 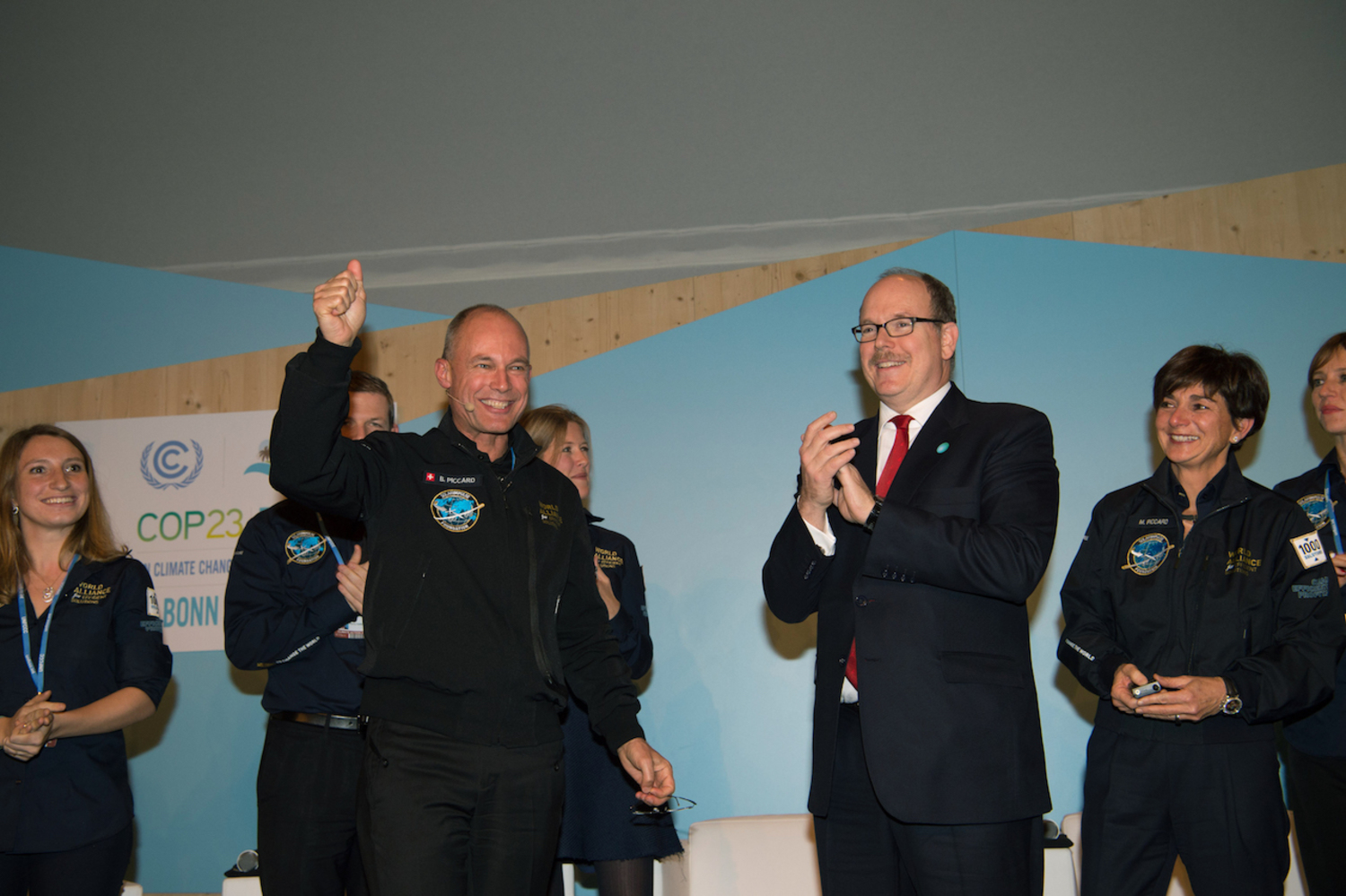 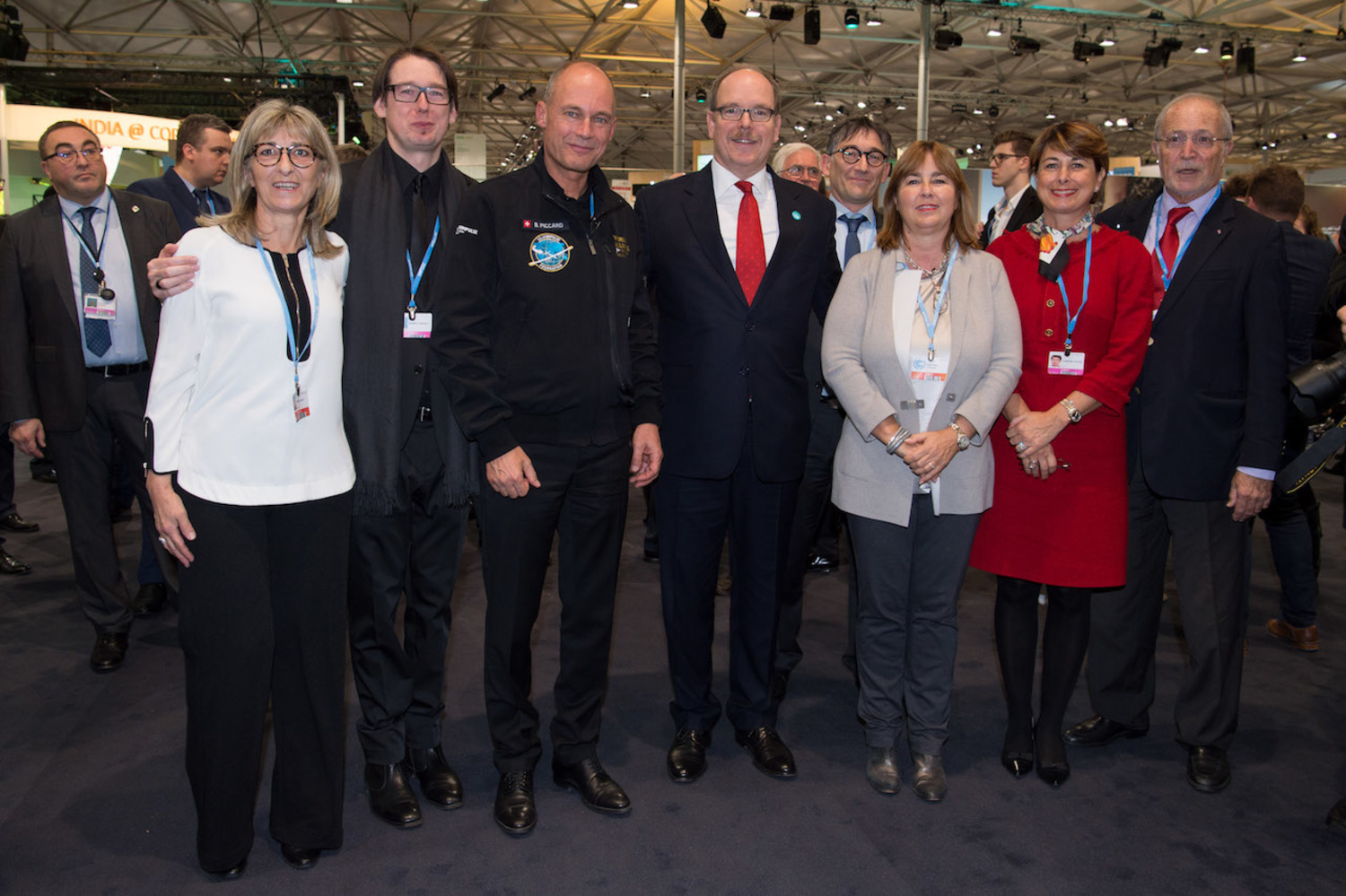