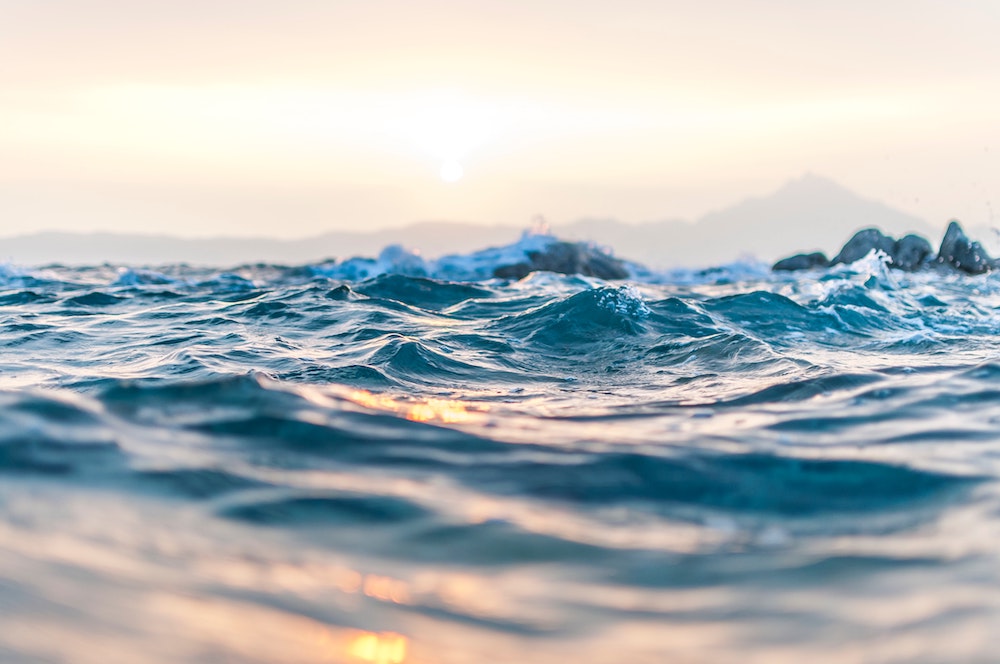 IPCC Report: the ocean is also part of the solution to climate change mitigation

On Monday April 4th, the Intergovernmental Panel on Climate Change (IPCC) published the third release of its Sixth Assessment Report (AR6) on “Mitigation of Climate Change”: a synthesis of the current understanding of different mitigation pathways to reduce global greenhouse gas (GHG) emissions, and a “a powerful evidence that we have potential to mitigate climate change”, declared Hoesung Lee, IPCC Chair, at the IPCC report press conference. The conclusions are compelling: while the IPCC notes a slowdown in global GHG emissions growth in the past decade, these have continued to rise up until 2019 and are “at the highest level in human history”.

The IPCC recalls that even with increased evidence of climate action globally, “we are not on the track to limit global warming under 1.5°C”. Without strengthening mitigation efforts, GHG emissions are projected to reach a warming of 3.2°C by the end of the century. Jim Skea, Co-Chair of WGIII, warned: “it is almost inevitable that we will, at least temporarily, exceed 1,5°C warming but we could return below this level by the end of the century”. “Limiting warming to 1,5°C requires GHG to peak before 2025 at the latest and to be reduced by 43% by 2030”.

In this latest report, the IPCC delivers mitigation portfolios at both global and individual scales to achieve “deep, rapid and sustained emissions reduction”. Ocean-related options presented in this report are focused on reducing GHG emissions through the deployment of marine renewable energies, the decarbonation of the maritime transport but also through ocean-based sequestration methods.

As main contributors to global GHG emissions, transformations of transportation and energy systems have the potential for achieving deep decarbonisation. As highlighted by the report, innovative and low carbon technologies have rapidly developed in marine energy productions and maritime transportation that could contribute to the reduction of GHG emissions.

Additionally, the IPCC stresses that limiting global warming to 1.5°C will require significant transitions in the energy sector. According to the report, to limit global warming to 1.5°C, the global use of coal, oil and gas in 2050 must decline by about 95%, 60% and 45% respectively, compared to 2019. This can only be achieved through “a shift to renewables”, as pointed out by Antonio Guterres, UN Secretary General, along with systemic transformations which include reducing drastically the use of fossil fuels, large-scale electrification and improved energy efficiency, development of low or no-carbon energy sources, as well as switching to alternative fuels.

To date, low-carbon technologies have shown rapid progress in cost, performance and adoption so that the “average annual growth in GHG emissions from energy supply decreased from 2.3% for 2000–2009 to 1.0% for 2010–2019”. Additional innovation and deployment of Marine Renewable Energies (MRE) could foster this trend. Accelerating the carbon uptake and storage through blue infrastructures, using ocean energy from “tides, waves, ocean thermal energy conversion (OTEC), currents, and salinity gradients” can contribute to achieving these targets while offering multiple co-benefits. As highlighted in the report, “the greatest advantage of most marine energy, excluding wave energy, is that their sources are highly regular and predictable, and energy can be furthermore generated both day and night”.

In parallel, developing offshore wind power can foster the diversification of energy supply and contribute to drastic GHG emission reductions as “even in the most conservative ‘top-down’ approaches, the technical wind potential surpasses the amount needed to limit warming to well below 2°C”. Its capacity is even stronger than onshore wind power, and technical innovation could improve its potential while limiting the impacts on ecosystems at the building stage (e.g. floating foundations). Yet, the IPCC report suggests that the consequences on biodiversity (e.g.migratory birds) are still unclear and need additional research and monitoring.

Furthermore, the IPCC raises concerns over the reliance of these new technologies on metals and minerals such as cobalt, copper, lithium and rare earth elements (REEs) for wind turbines and batteries productions. Along with potential political turmoil, the exploitation of rare resources often results in severe environmental impacts while being energy-intensive and hard to decarbonise.

Regarding the transport sector, from 2010 to 2019, the rise in global demand for products and services has driven the increase in GHG emissions, including from the global shipping industry. In that period, the latter has observed a growth of 1,7%, thereby becoming one of the fastest-growing sources of sub-sectors emissions behind international aviation (+3,4%) and road transport (+1,7%). As pointed out by the IPCC, decarbonising transportation will be particularly challenging, especially for shipping. It entails a deeper transition towards alternative fuels (low-emission hydrogen and biofuels) alongside a drastic reduction in demand and increased research. Meanwhile, the report emphasises readily available technological and management options such as speed reduction and slow steaming to deliver more fuel savings.

The new IPCC report states that “overall, coastal vegetated systems have a mitigation potential of around 0.5% of current global emissions, with an upper limit of less than 2%.” For marine and coastal biodiversity as well as human livelihoods, coastal wetland restoration and blue carbon management offer many co-benefits. On the one hand, ecosystem preservation contributes to coastal adaptation and protection, biodiversity growth, and upper ocean acidification reduction, thereby benefiting human nutrition through the production of fertiliser for terrestrial agriculture, anti-methanogenic feed additive, or as an industrial or materials feedstock. On the other hand, observations demonstrate drastic ecosystem loss due to climate change impacts and anthropogenic activities resulting in carbon release. Indeed, when degraded or lost, coastal blue carbon ecosystems are likely to release most of their carbon back into the atmosphere. In this domain, research is still required regarding “the open ocean and blue carbon and the quantification of the blue carbon stocks but also into what happens if the sequestration capacity of the ocean and marine ecosystems is damaged by climate change to the tipping point until the sink becomes an emitter”.

An issue that seems to be progressively acknowledged since “the demand of establishing new finance and business models to attract both public and private finance to nature-based solutions is increasing in a wide range of topics such as […] blue natural capital including mangroves and coral reefs”.

While urgent and immediate decarbonisation of all human activities is required to limit warming below 1.5°C, the IPCC also indicates, when necessary to “deploy carbon dioxide removal (CDR) methods to counterbalance residual GHG emissions”, given that “the scale and timing of deployment will depend on the trajectories of gross emission reductions in different sectors”. The IPCC defines CDRs as “anthropogenic activities removing carbon dioxide (CO2) from the atmosphere and durably storing it in geological, terrestrial, or ocean reservoirs, or in products. It includes existing and potential anthropogenic enhancement of biological or geochemical CO2 sinks and direct air carbon dioxide capture and storage (DACCS), but excludes natural CO2 uptake not directly caused by human activities”. In other words, methods such as blue carbon management and coastal wetland restoration – e.g. rewetting and revegetation – but also ocean alkalinity enhancement and fertilisation are part of CDR techniques.

While the IPCC acknowledges that long term development of these technologies is inevitable, it indicates that “even in strategies with net negative CO2 emissions, the emission reduction via more conventional mitigation measures (efficiency improvement, decarbonisation of energy supply) is much larger than the CDR contribution” and should operate “after substantial direct emissions reductions in all sectors and regions”.

In addition, the IPCC stresses the potential ecological impact of these technologies, thereby the need for further research: “Upscaling the deployment of CDR methods that are effective, while addressing potential adverse side-effects and co-benefits, requires accelerated research, development and demonstration, improved tools for risk assessment and management, targeted incentives and agreed methods for measurement, reporting and verification of carbon flows to address potential adverse side effects and co-benefits”.

The IPCC summary for policymakers (SPM) concludes on the urgency to strengthen the climate crisis response by bringing all sectors on board. “The global benefits of pathways likely limiting warming to 2°C outweigh global mitigation costs over the 21st century”. Going further, mitigation actions can contribute to the achievement of key Sustainable Development Goals (SDGs), as “effective and equitable climate policies are largely compatible with the broader goal of sustainable development” and “can move us towards a fairer, more sustainable world”, declared Jim Skea, Co-Chair of Working Group III.

To that end, critical political, financial and technical barriers need to be removed and enabling conditions enhanced. It requires political, economic and institutional choices to deliver rapid, deep and sustained action to reduce GHG emissions. In this respect, the IPCC highlights the importance of international cooperation as a crucial enabler for achieving ambitious climate goals. As recalled during the press conference by Inger Andersen, UNEP executive director, the next COP27 “must bring more ambitious climate pledges and long term objectives for 2050 but action must begin this year, not next year, this month, not next month […] otherwise we will continue to sleepwalk towards climate catastrophe”.