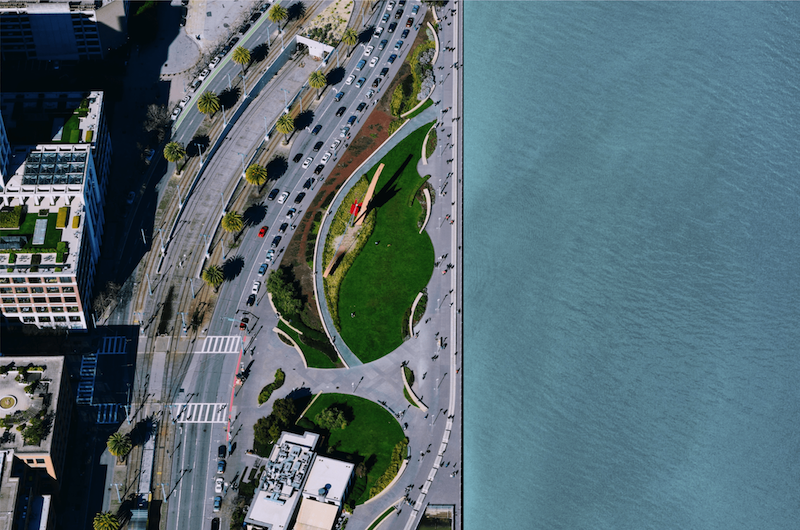 Today, the Intergovernmental Panel on Climate Change (IPCC) published the second release of its Sixth Assessment Report (AR6) on “Impacts, Adaptation and Vulnerability”. This new publication is the second in a three-part series under the AR6, which will be concluded with the release of the Synthesis Report in September 2022. The report is a synthesis of the current understanding of the consequences of climate change on ecosystems and human societies, and provides an assessment, through the analysis of 127 risks, of current and projected vulnerabilities, impacts, as well as adaptation to climate change. Among the topics covered by the 270 experts who have contributed to this report, the ocean and its ecosystems are addressed in several chapters, more specifically in Chapter 3 “Oceans and Coastal Ecosystems and their Services“.

The conclusions are compelling: “Anthropogenic climate change has exposed ocean and coastal ecosystems to conditions that are unprecedented over millennia“. Ocean warming, sea level rise, acidification, deoxygenation and increased extreme events are all climate change-related phenomena with growing consequences for marine biodiversity and the world’s population. Together with human induced stresses (coastal urbanisation, pollution, overexploitation of marine resources, etc.), the combination of these different impacts worsens the vulnerability of marine and coastal ecosystems, as well as that of human societies that rely on them. In spite of certain actions already implemented to address them, the authors call for urgent strengthening of adaptation responses, in particular for the most exposed populations.

This second publication points out that the effects of climate change are already evident on many marine and coastal ecosystems, affecting the seasonality, geographical distribution and abundance of marine organisms. In the short term, some climate change risks are inevitable or even irreversible due to past and projected greenhouse gas (GHG) emission trajectories.

For instance, successive ocean heat waves have exposed species to adverse conditions to which they can no longer adapt. Such is the case for mangroves, kelp forests and coral reefs, which have already undergone major losses – despite their crucial importance for biodiversity and human societies to whom they provide many ecosystem services. For certain marine species living in “biodiversity hotspots”, the risk of extinction could be multiplied by 10 if warming levels increase from 1.5°C to 3°C. Therefore, the IPCC recalls the urgent need to keep global warming below 1.5°C to reduce these impacts. A warming above this threshold presents serious “overshoot risks”. Beyond 2°C, the risks of “extirpation, extinction and ecosystem collapse escalate rapidly”. An extreme global warming exceeding 5.2°C, could even lead to the mass extinction of marine species.

Climate change impacts interact with pressures from human activities, making ecosystems even more vulnerable. The IPCC also stresses the low level of ocean protection, with less than 8% of its area covered by a protection regime. This level of protection and management is considered insufficient to prevent further damage from resource overexploitation, pollution and habitat fragmentation. Thus, the IPCC calls for the protection of 30-50% of marine and terrestrial areas in order to preserve ecosystems and “ensure essential ecosystem services“, recalling that “Meeting the objectives of climate resilient development thereby supporting human, ecosystem and planetary health, as well as human well-being, requires society and ecosystems to move over (transition) to a more resilient state.”. In other words, degrading ecosystems exacerbates our own vulnerability to climate change.

Likewise, the impacts of climate change on human societies are growing and can already be observed around the world – with certain human groups being more exposed and vulnerable due to their geographical and socio-economic conditions. Poverty, inequality, conflict and climate injustice are all exacerbating factors. In this respect, the African continent, regions in South-East Asia, Central America and small island states are comparatively more vulnerable than developed countries to climate change.

The IPCC also notes the wide range of impacts on physical and mental health. For instance, reduced access to marine resources exposes to food insecurity some communities whose diets are based on fishing (fish, shellfish). The report also highlights the negative effects that extreme events, e.g. severe coastal flooding and storms, can have on cognitive performance, happiness, well-being and overall life satisfaction.

In this regard, coastal populations are particularly threatened by sea level rise and its associated risks, which could “increase tenfold well before 2100 without adaptation and mitigation action as agreed by Parties to the Paris Agreement“.

As a direct consequence of global warming, sea level rise has accelerated over the 20th century and could be up to one metre by 2100 in a high-GHG emissions scenario. This phenomenon is irreversible and is expected to continue over the coming centuries and millennia. However, its speed and the associated risks of erosion and submersion, loss of coastal habitats and ecosystems, and land salinisation will be considerably slowed down as warming levels are kept below 1.5°C.

The coastlines and their populations are all the more vulnerable given the rapidity of this change and ongoing urban developments. Indeed, coastal areas are dynamic territories that are drawing more and more people and activities. According to this report, sea level rise could directly affect more than one billion people by 2050, and between 7 to 14 trillion dollars worth of coastal infrastructure by 2100. For some Arctic communities and small island states, their very existence is at stake. Nonetheless, the consequences are not merely local. The potential for cumulative and cascading effects on a global scale is high. For example, as goods and services supply is heavily dependent on global shipping, the entire chain could be seriously disrupted by potential damage to port infrastructure.

In light of this, transformative and urgent adaptation strategies are needed to prevent maladaptation, understood as actions that could exacerbate exposure and vulnerability. Until now, the predominant approach has been to build dikes and barriers in reaction to extreme events. However, these measures tend to reinforce the vulnerability of people and ecosystems by creating sediment imbalances, damaging coastal ecosystems and failing to discourage communities from settling in exposed areas. Indeed, many coral reefs, mangroves and seagrass beds have suffered significant damage and could be depleted. In the long term, their loss could weaken the natural defences of the coastline and further expose human societies.

The difficulty lies in designing adaptation strategies in a context of uncertainty about the extent and rate of sea level rise, and in the light of the great diversity of local physical and socio-economic environments. In this regard, the IPCC emphasises the relevance of sequencing and mixing adaptation responses using “adaptation pathways”. In other words, planning a portfolio of interventions that can be adjusted in response to climatic and non-climatic drivers and according to economic, environmental, socio-cultural, institutional or technical objectives. These interventions can be both protection (dikes, re-silting, mangrove restoration), accommodation (raised infrastructure, early warning, draining systems), advancing (land reclamation) or managed retreat (relocation of activities and housing inland), and can be combined and altered over time and space.

Towards transformative change for effective and fair adaptation to climate change

With the impacts of climate change already visible and expected to intensify with every additional degree, this second report of the IPCC’s Sixth Assessment Report (AR6) underscores the urgency to find sustainable adaptation solutions that are “effective, feasible, […] conform to principles of justice” and capable to reduce risks for both societies and ecosystems. Since the Fifth Assessment Report (AR5), there has been growing evidence of adaptation in all sectors and across the world, with 170 countries currently incorporating adaptation into their climate policies. Yet, the IPCC warns that a considerable gap remains between the current means of adaptation and those that will be needed in the future. While adaptation policies are often deployed in reaction to extreme events and incrementally, such policies will reach technical, institutional and socio-economic limits. As put forth by Hans Otto Pörtner “Any short term action and compromise should have the long term implications in mind”.

According to the IPCC, a genuine paradigm shift is needed towards “transformational changes, backed by ambitious mitigation“. The range of solutions is substantial and can combine resilience-building strategies with management measures of inevitable changes. In this respect, developing ecosystem-based adaptation can deliver significant co-benefits. In addition to acting as buffers to protect coastlines from storm surges and flooding, coastal ecosystems such as salt marshes provide valuable habitats for a variety of species and contribute to carbon sequestration. Inger Andersen, Executive Director of the United Nations Environment Programme, summed this idea up during the press conference: “Backing nature is the best way to adapt to and slow climate change. Nature can be our saviour but only if we save it first”.

These transformative and urgent changes call for new governance frameworks and additional resources. Reforming decision-making towards greater transparency and inclusion of people, while considering vulnerable ecosystems, is essential for the development of adequate and equitable strategies. Meanwhile, strengthening research and improving scientific knowledge and its diffusion are necessary conditions for raising awareness and informing decision-makers and citizens. It is also crucial to strengthen the access to financial resources, notably by involving the private sector and building local economic capacities. In this respect, the IPCC calls for the enhancement of “partnerships between science and decision-makers, but also with the most vulnerable communities”, particularly Indigenous people, to “integrate at every step – from knowledge to decision – those who suffer the most from the consequences of climate change and maladaptation”.

Adaptation and mitigation, by promoting social innovation, health, equity and inclusion in their implementation and delivery, have the potential to offer many co-benefits that can help meet the Sustainable Development Goals (SDGs) and the Paris Agreement. These are objectives that we must imperatively achieve, as pointed out by the authors. “Comprehensive, effective, and innovative responses can harness synergies and reduce trade-offs between adaptation and mitigation to advance sustainable development.”

A strong message carried by Antonio Guterres, United Nations Secretary-General, “Adaptation and mitigation must be pursued in equal force. Every fraction of a degree matters, every voice is important, every second counts”.