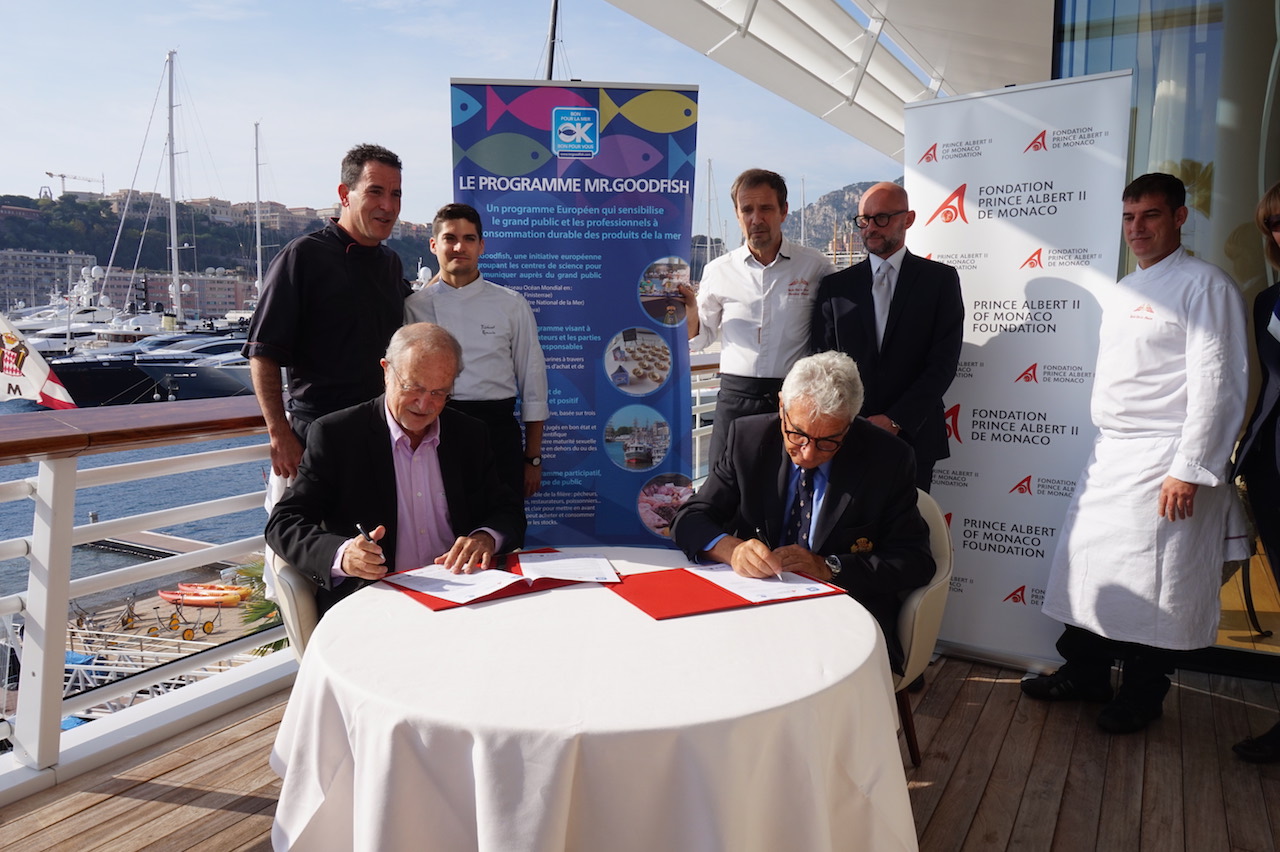 The Prince Albert II of Monaco Foundation has been committed to protecting endangered marine species (including the Mediterranean blue fin tuna) since it was first established.  Since 2013 it has been the regional coordinator for the South East region of France for the “Mr Goodfish” campaign to promote the responsible consumption of seafood products.

Three large aquariums are behind the Mr Goodfish programme and met under the aegis of the Word Ocean Network - Nausicaa, in France, the Acquario di Genova, in Italy and the Aquarium Finisterrae, in Spain, the three of which receive over 2,500,000 visitors every year.

Fishmongers, distribution chains and of course Michelin starred restaurants cover the entire supply chain from the sea to the plate.

The Monaco Yacht Club and its chef Christian Plumail have decided to become involved alongside the Prince Albert II of Monaco Foundation in order to promote the responsible consumption of seafood products, by becoming a partner of the Mr Goodfish programme.

“The Monaco Yacht Club is the eleventh establishment in the Principality to join the Mr Goodfish programme. This is an iconic institution. I am delighted by this involvement and hope that it will be followed by many others joining the initiative”, said HE Bernard Fautrier, Vice- President of the Foundation on signing the agreement with Mr Bernard d’Alessandri, Director General of the YCM.

The chef will now be offering on his menu two species of fish which appear on the Mr Goodfish list.

For further information about the Mr Goodfish programme: www.mrgoodfish.com 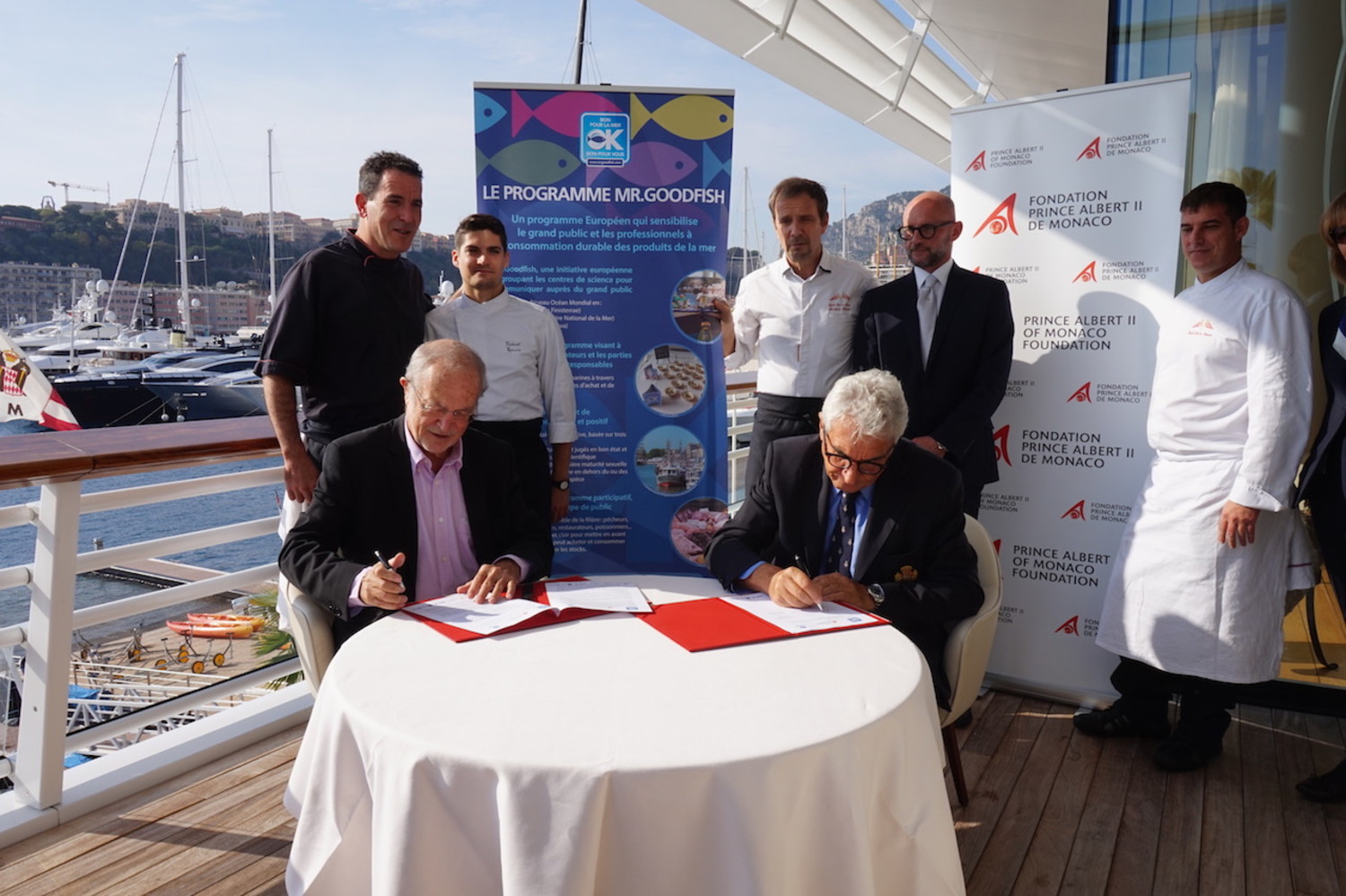 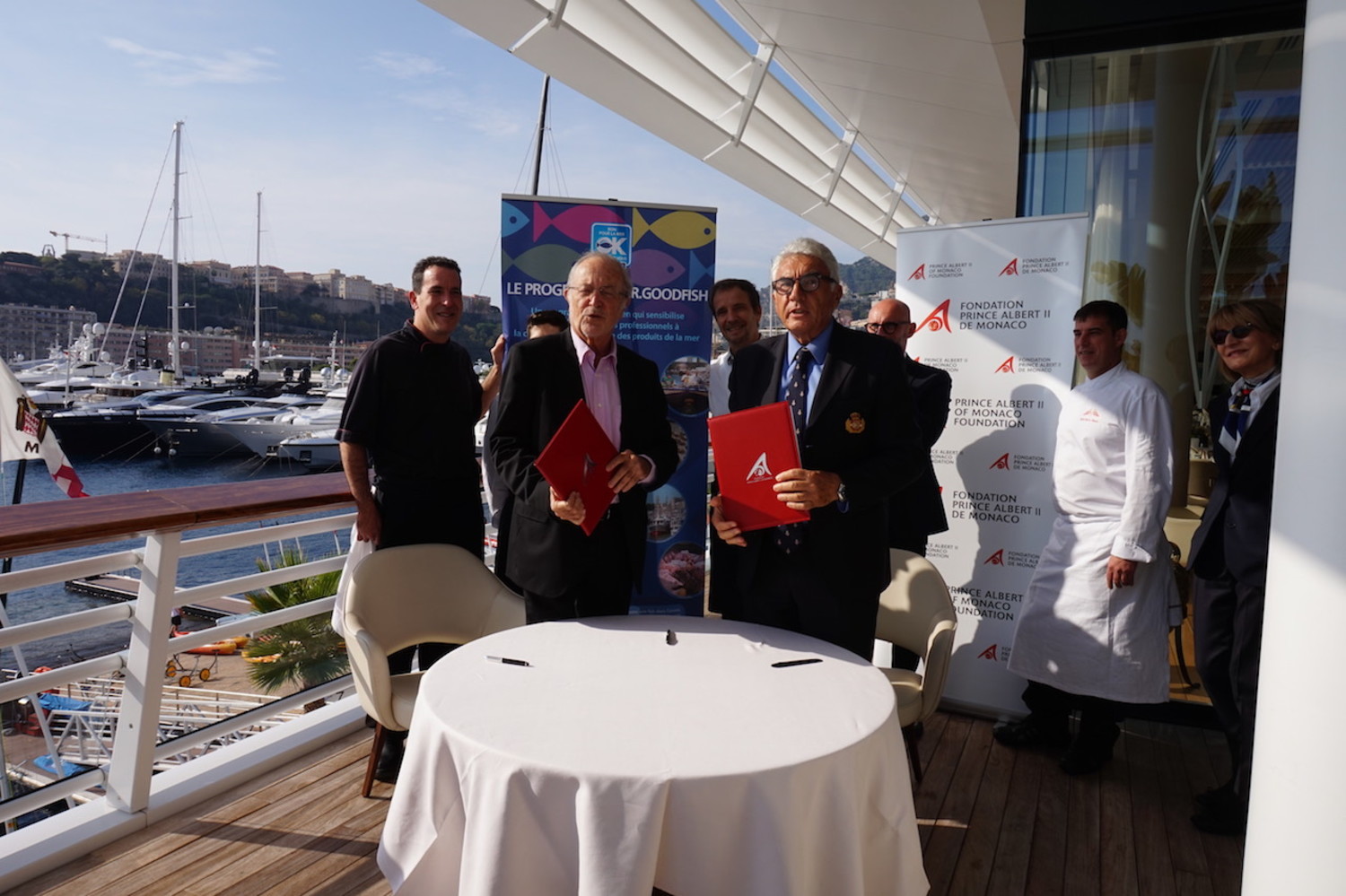 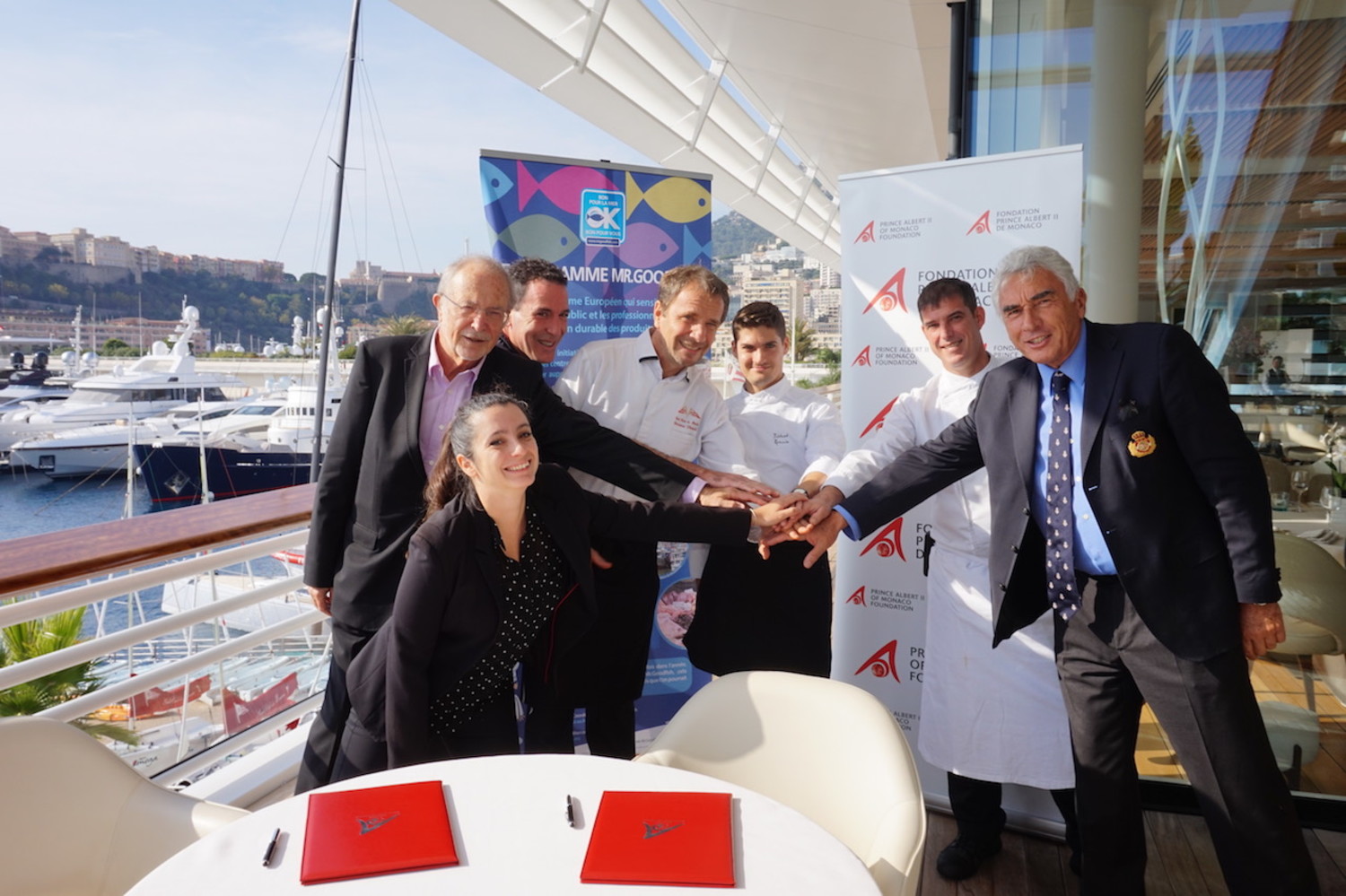