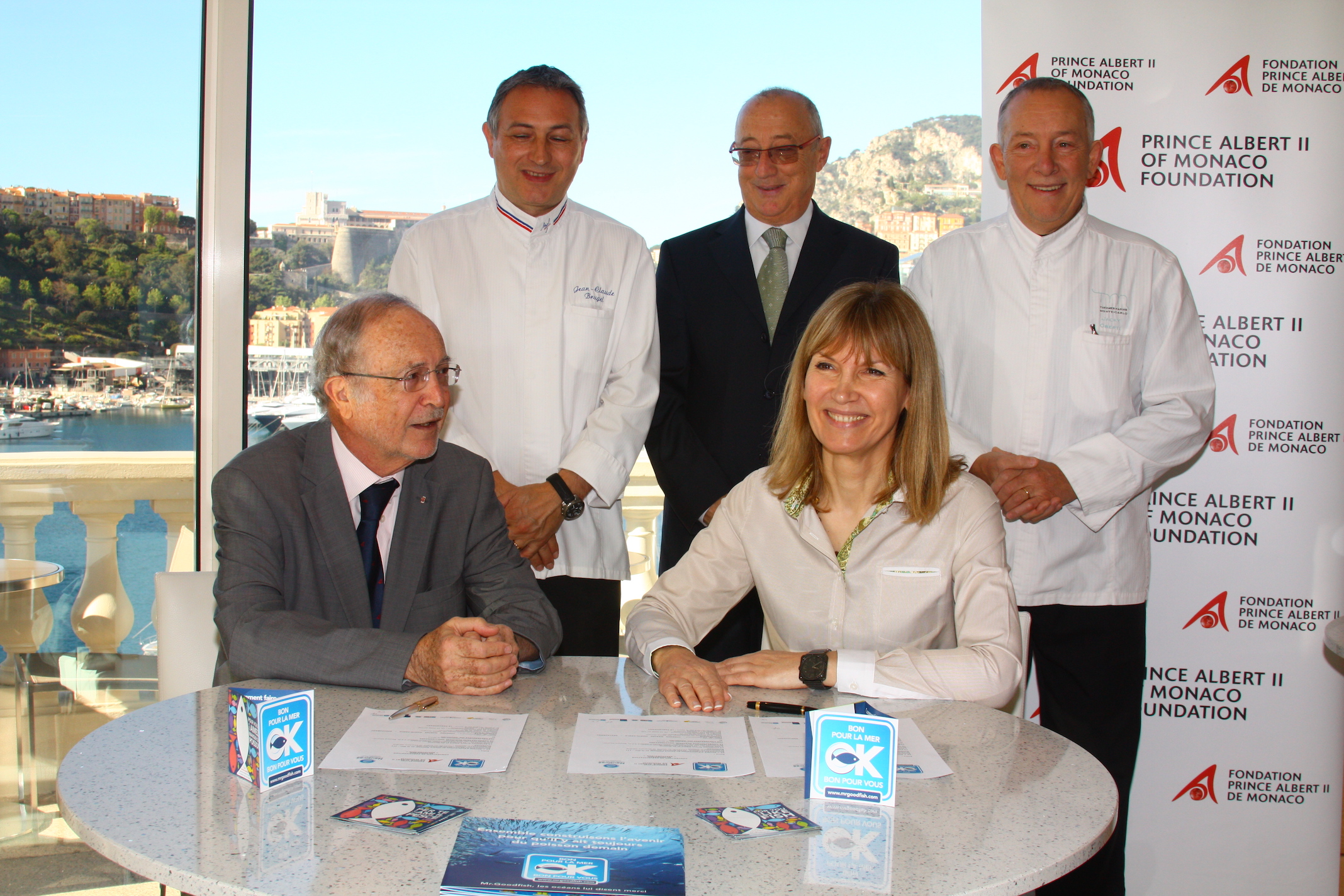 After the Vistamar at the Hotel Hermitage, a new establishment within the Monte Carlo Société des Bains de Mer, Les Thermes Marin Monte-Carlo has committed alongside the Prince Albert II of Monaco Foundation to promoting the responsible consumption of seafood products in its restaurant L'Hirondelle, now a partner of the Mr Goodfish programme.

On 18th April, the Thermes Marins, represented by Mrs Christine Zoliec, Director, and the Prince Albert II of Monaco Foundation, represented by H.E. Mr Bernard Fautrier formalised the pledge undertaken by the restaurant L'Hirondelle in the presence of Mr Dimitri de Andolenko, the Group’s Purchasing Officer and the new Chef Jean-Claude Brugel.

Attaching great importance to product quality and sustainability, Jean Claude Brugel will perpetuate the work carried out by his predecessor Jacky Oberti. The signing of the partnership with Mr Goodfish is in line with the continuity of these efforts.  With the aim of offering an alternative to consumers by prompting them to discover non-endangered seafood products, Mr Goodfish finds its true meaning in the innovative and conscious cuisine offered by the restaurant l'Hirondelle. 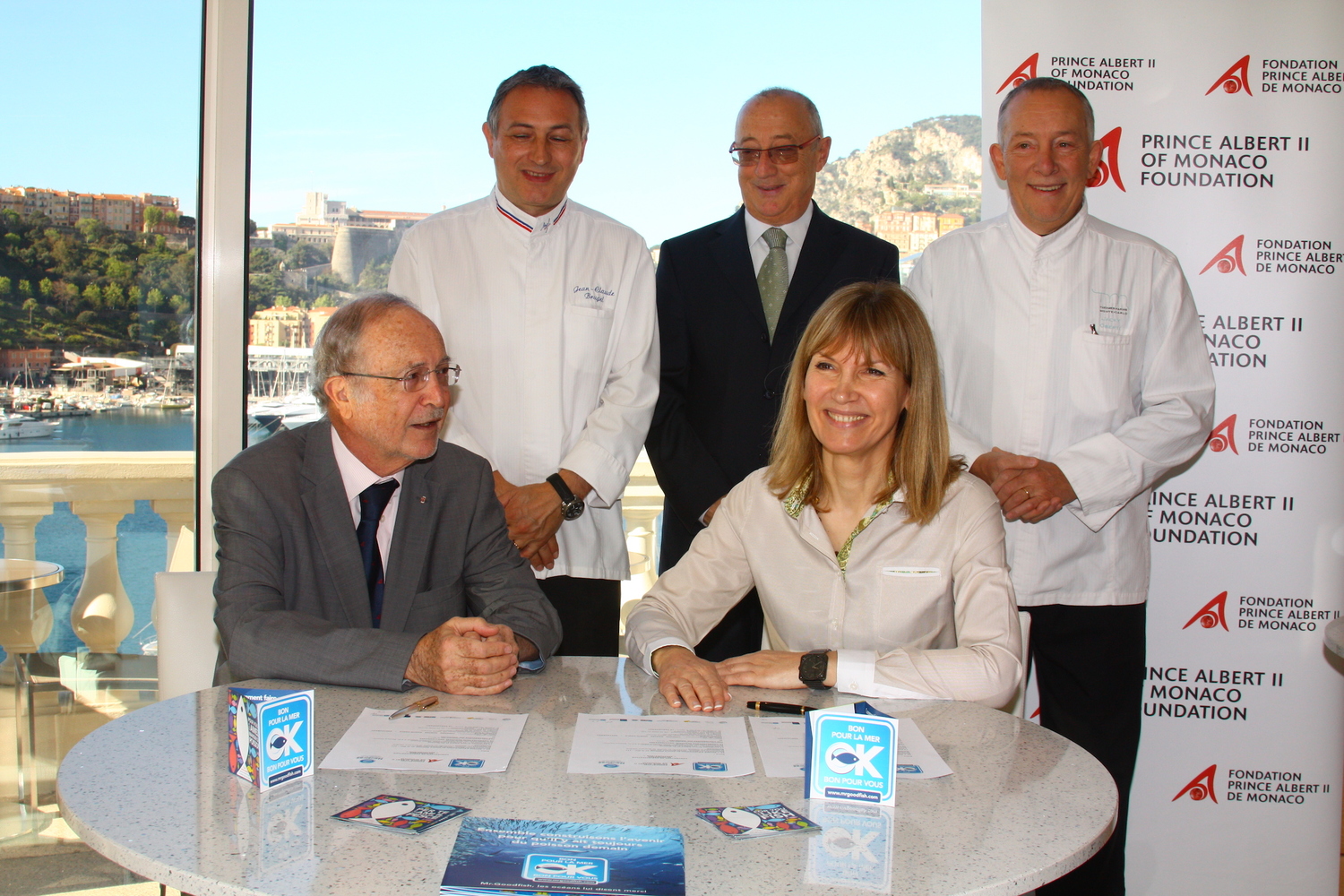 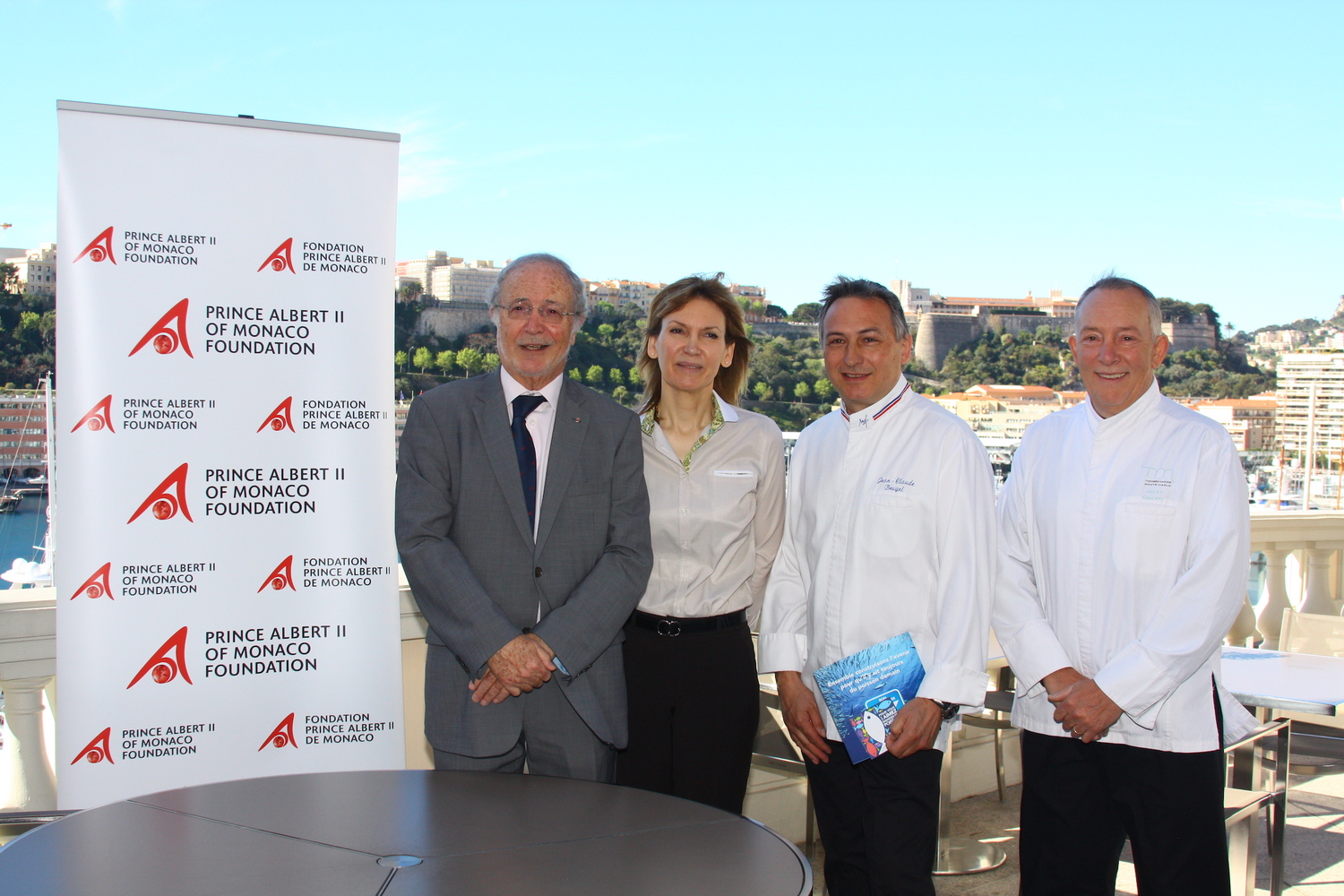 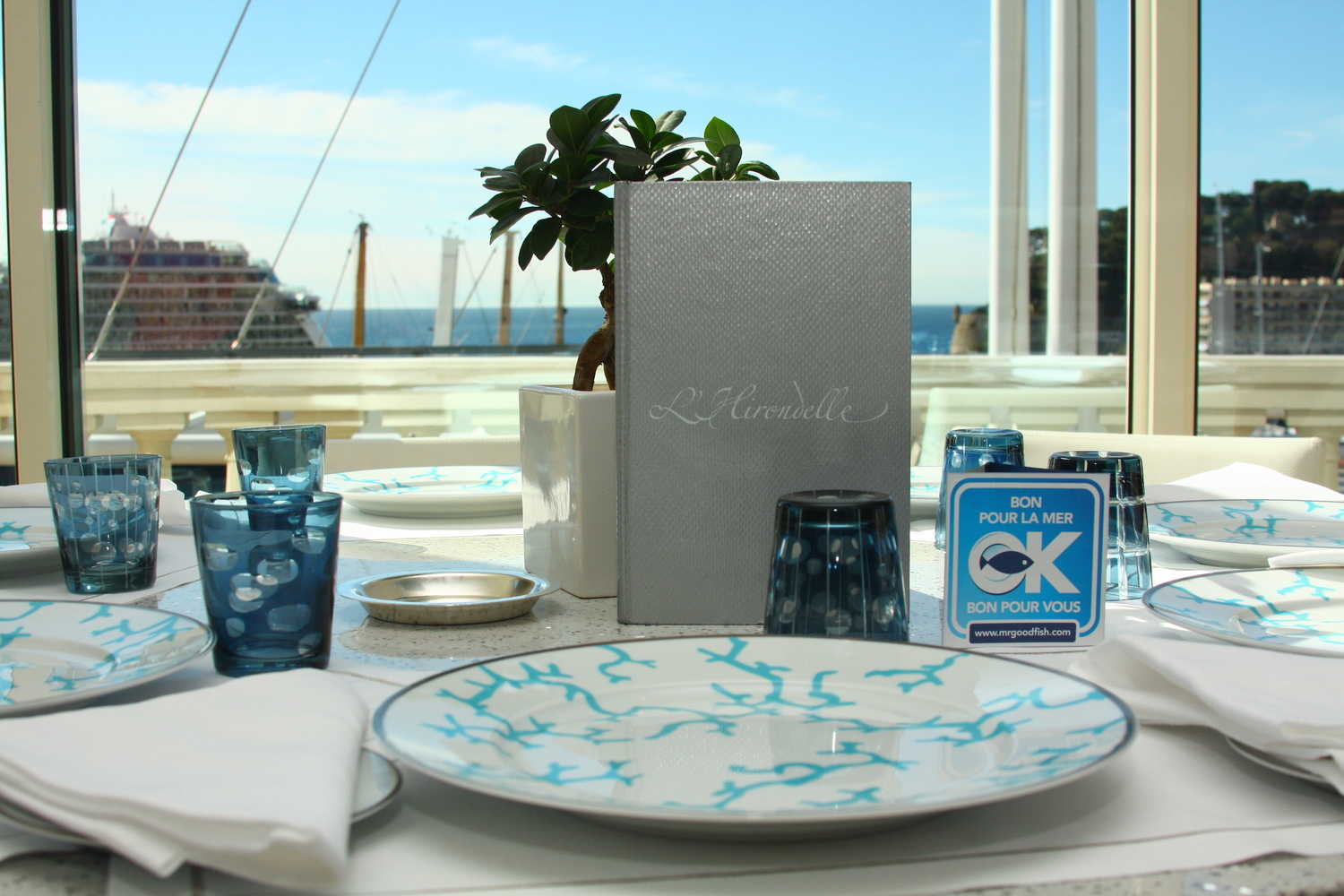