The official opening took place today of the Monaco Control Center (MCC) for the first round-the- world solar flight attempt by Solar Impulse, a project initiated by the pilots Bertrand Piccard, Initiator and President of Solar Impulse, and André Borschberg, co-founder and CEO.

Drawing on the personal commitment of H.S.H. the Sovereign Prince and Monaco's exemplary commitment to sustainable development and the promotion of renewable energies, the Government of Monaco have chosen to support, alongside the Prince Albert II of Monaco Foundation, the Solar Impulse initiative by housing the mission control center (MCC) on Monegasque territory in the Rainier III Auditorium and Congress Centre throughout the duration of the world tour.

The Monaco Control Center is now operational for the launch of the world tour, and ready to welcome the team of over 40 people to the facilities specifically fitted out for this adventure.

H.S.H. Prince Albert II of Monaco stated: "Solar Impulse is first and foremost a quest for clean energy, capable of flying an aeroplane around the world without harming the environment; an energy capable of conquering the skies without damaging the earth. This project helps to show that the new low-carbon economy which the world needs is today possible, provided that we are fully committed to it, with passion, tenacity and inventiveness. This is why more than ever we need to promote research and innovation, as you are doing and as we are doing here in Monaco by hosting your project and supporting many others with the Monegasque State as well as with my Foundation".

The Monaco Control Center plays a key role in the implementation and execution of the project: it is here in this room that all the information needed will be collected and processed for us to configure the flights, follow the aircraft's battery level indicators, guide the pilots with their itinerary and stay in permanent contact with them via satellite communication.

"The Monaco Control Center will be the only place, other than the stopovers, where the public, media, VIPs and partners will be able to follow the Solar Impulse adventure when the plane is in flight" explained Bertrand Piccard, "and the fact that Monaco has been selected results from a long- established friendship with Prince Albert II who, in addition to being a patron of Solar Impulse, is one of the only Heads of State to champion environmental protection at all political discussions."

Solar Impulse 2 and the two pilots who will take turns flying the aircraft at every stage, will also pass on to the MCC all the information recorded during flights: which will enable us to know exactly the status of the aircraft and its position.

For André Borschberg "the MCC is an essential link for the success of Solar Impulse's round-the-world tour. This is where the decisions will be made for the departure and routes of each stage. It is via the MCC that the pilot will be in contact with the whole world. Monaco has provided us with the ideal infrastructure together with all the support necessary, the professionalism and outstanding welcome that characterise the Principality.

At the same time, the MCC is coordinating the support team which will be following Solar Impulse throughout its world tour and will be in permanent contact with the CAA (Civil Aviation Authority) and the IAF (International Aeronautical Federation). It will operate 24/7 from the initial take-off to the final landing of this 12-stage world tour.

The voyage undertaken by Solar Impulse 2 is a pioneering attempt in the history of world tours: a way for the partners of this exploration to show how a spirit of innovation together with clean technologies can change the world. The aim of this adventure is to promote innovative technical solutions in order to combat climate change and support governments in their commitment to implement more ambitious energy policies. 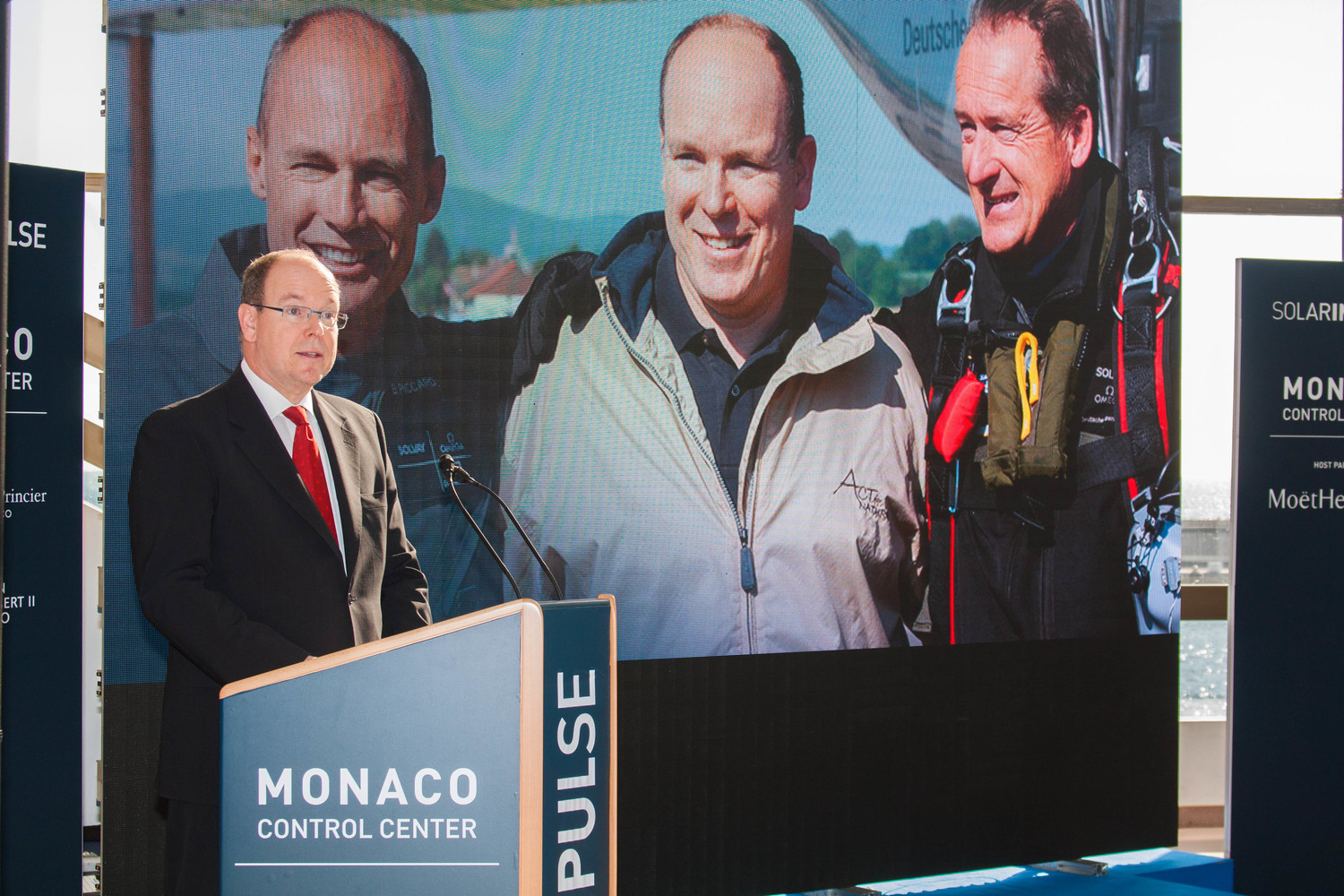 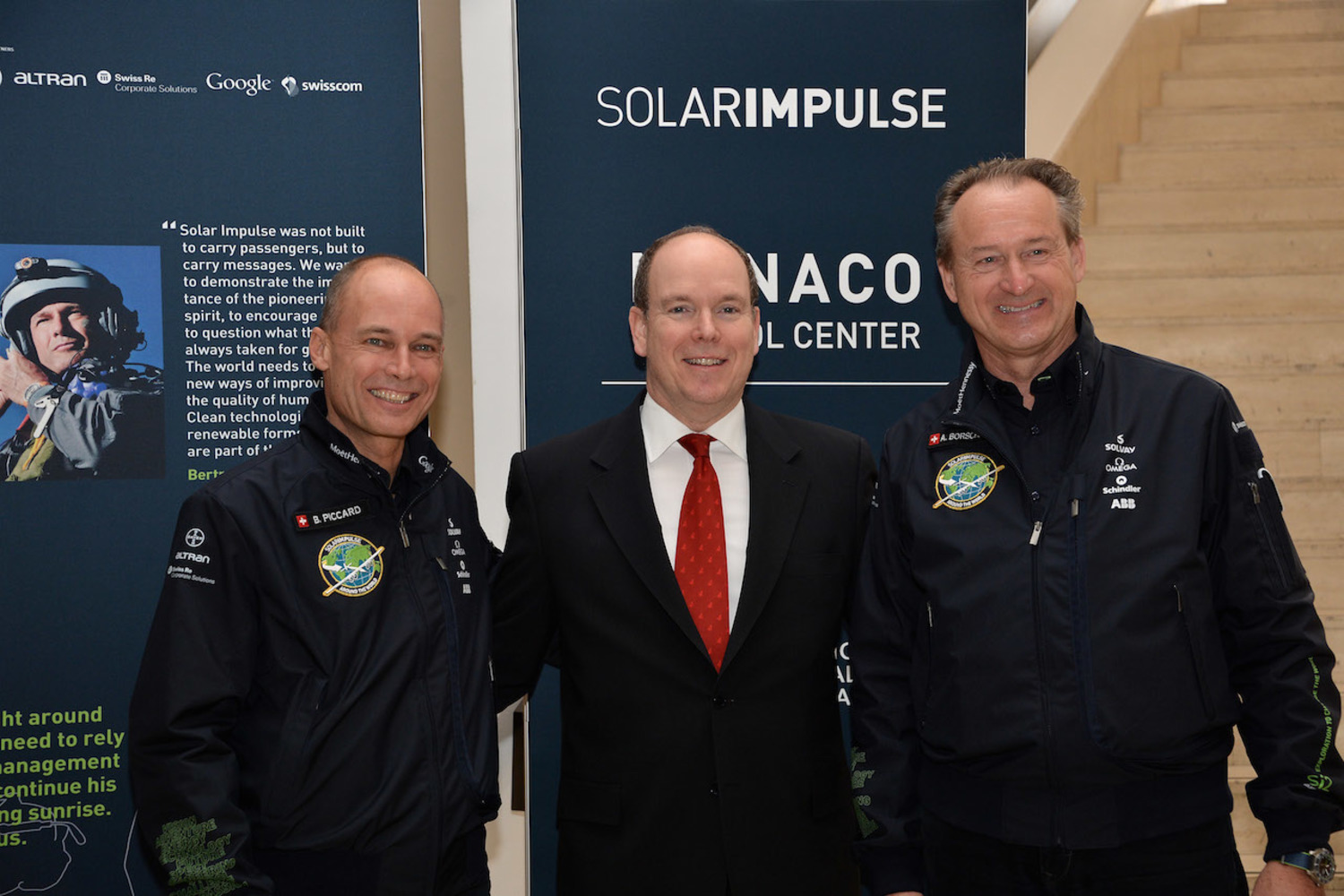 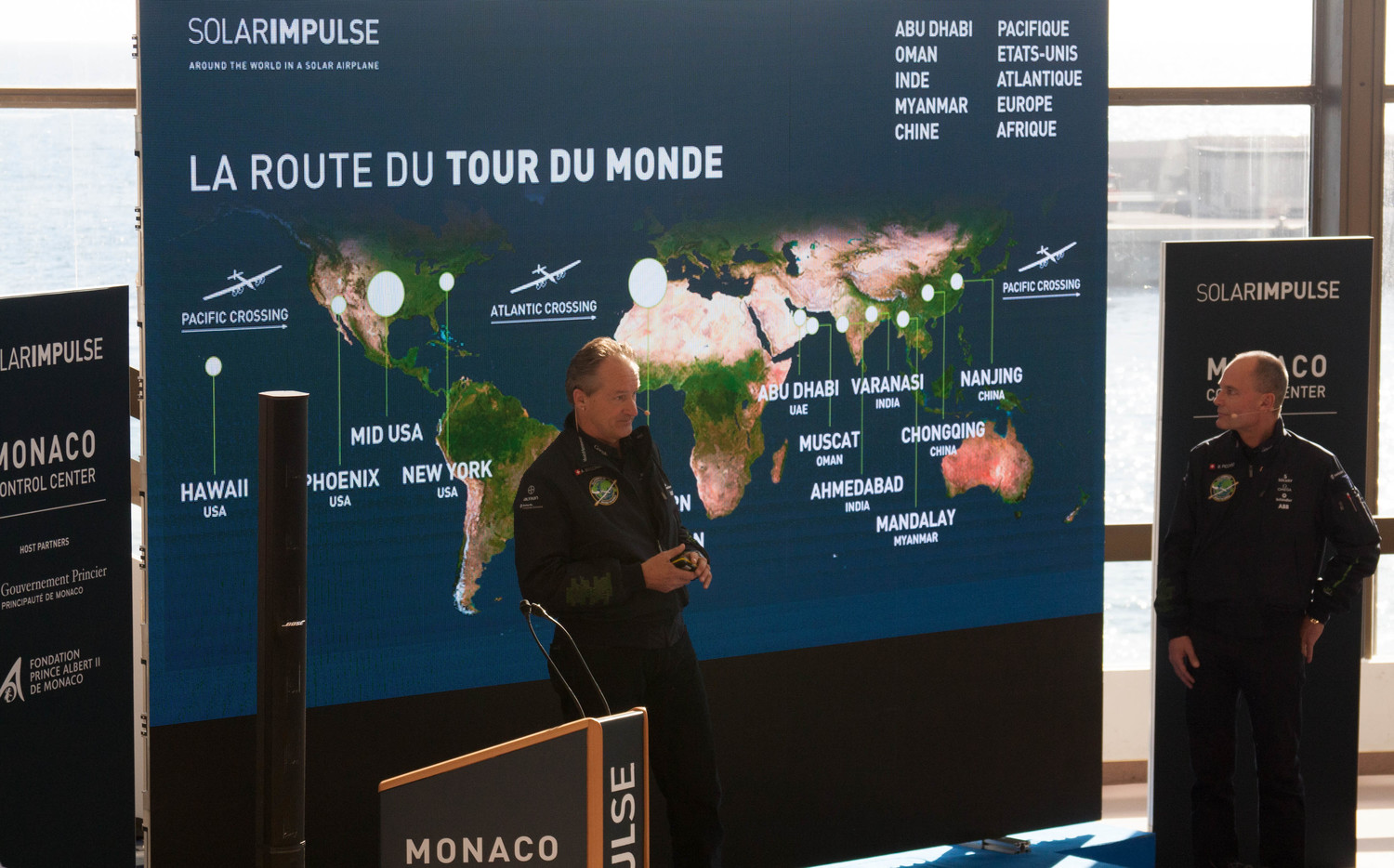 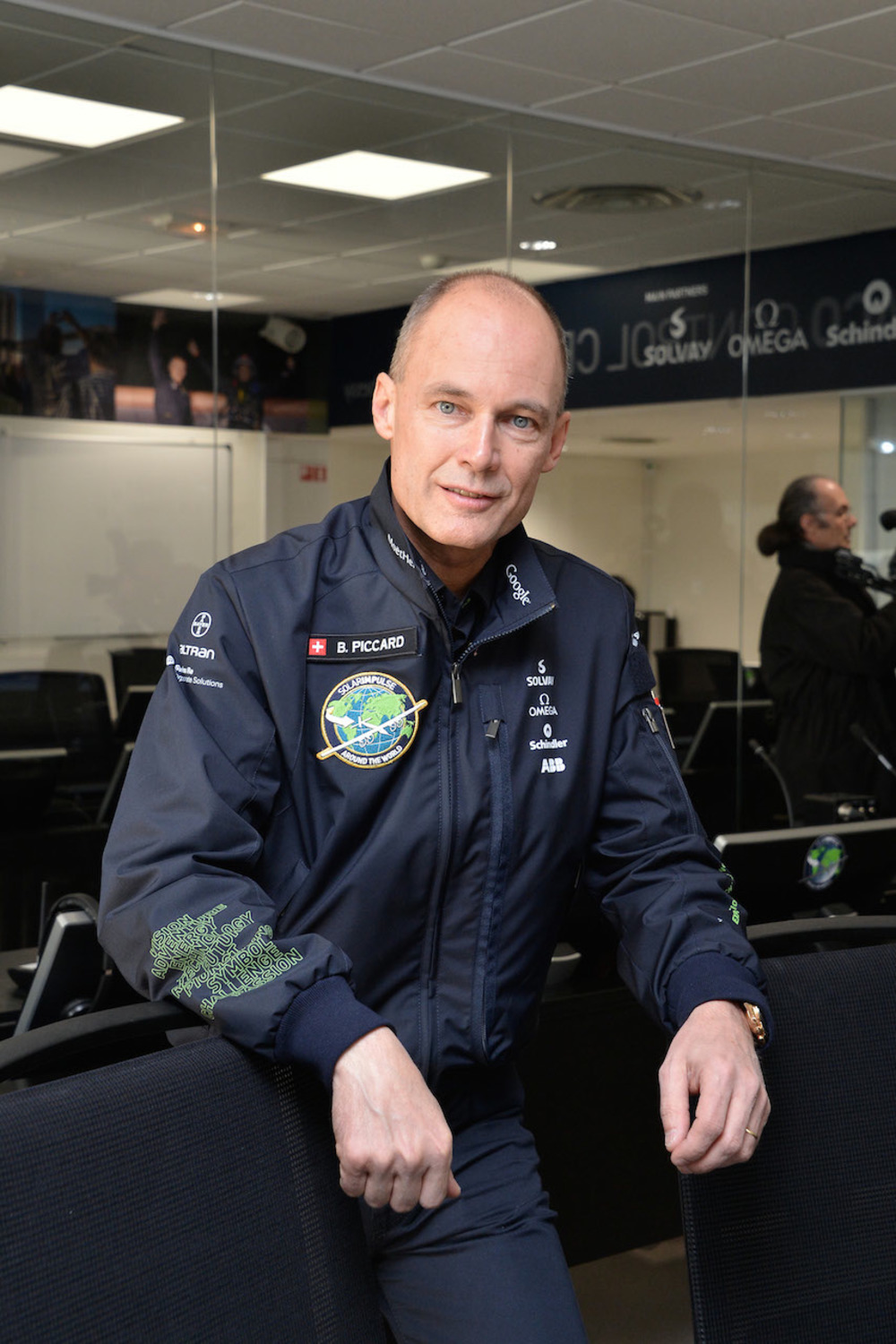 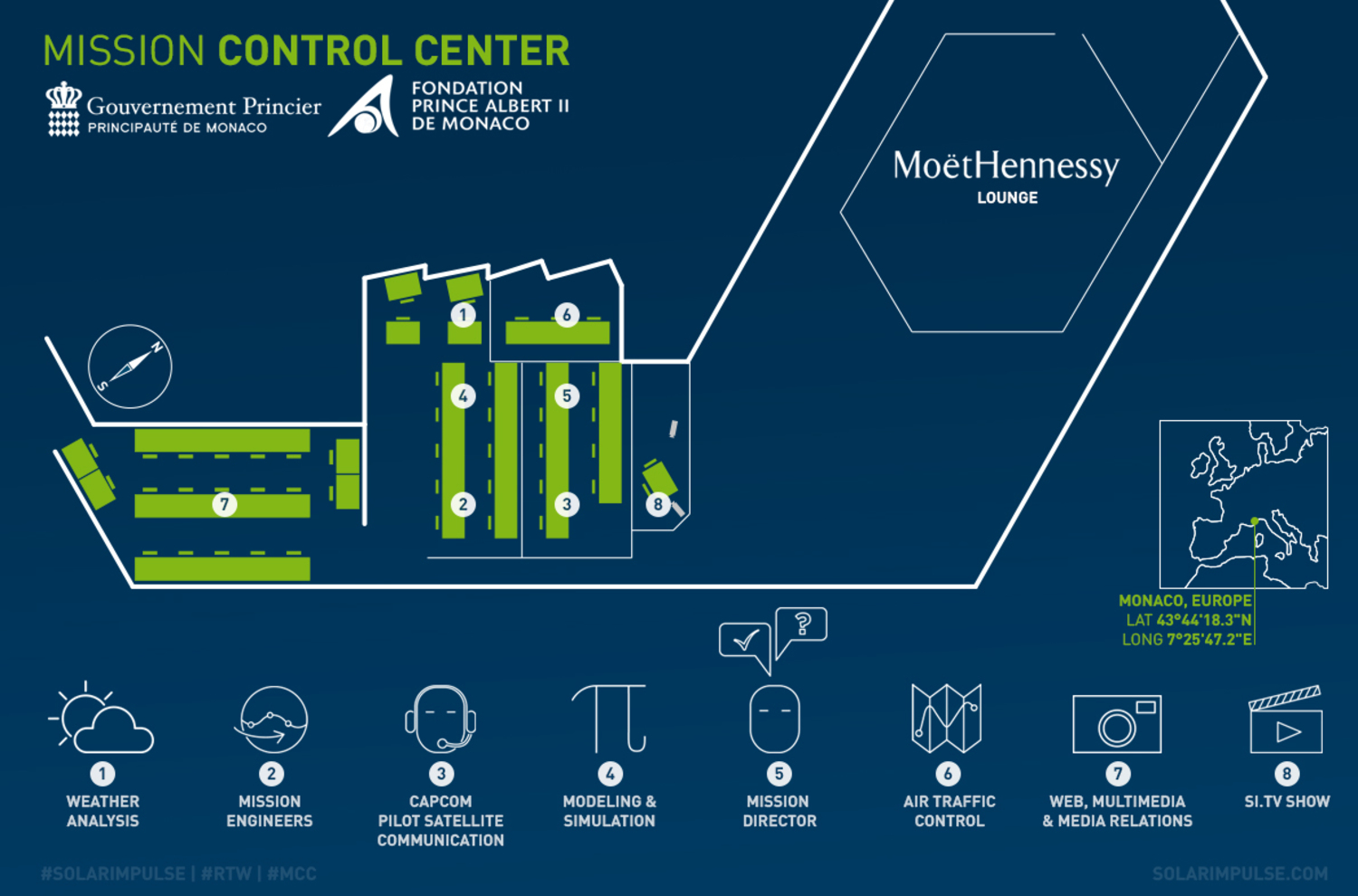 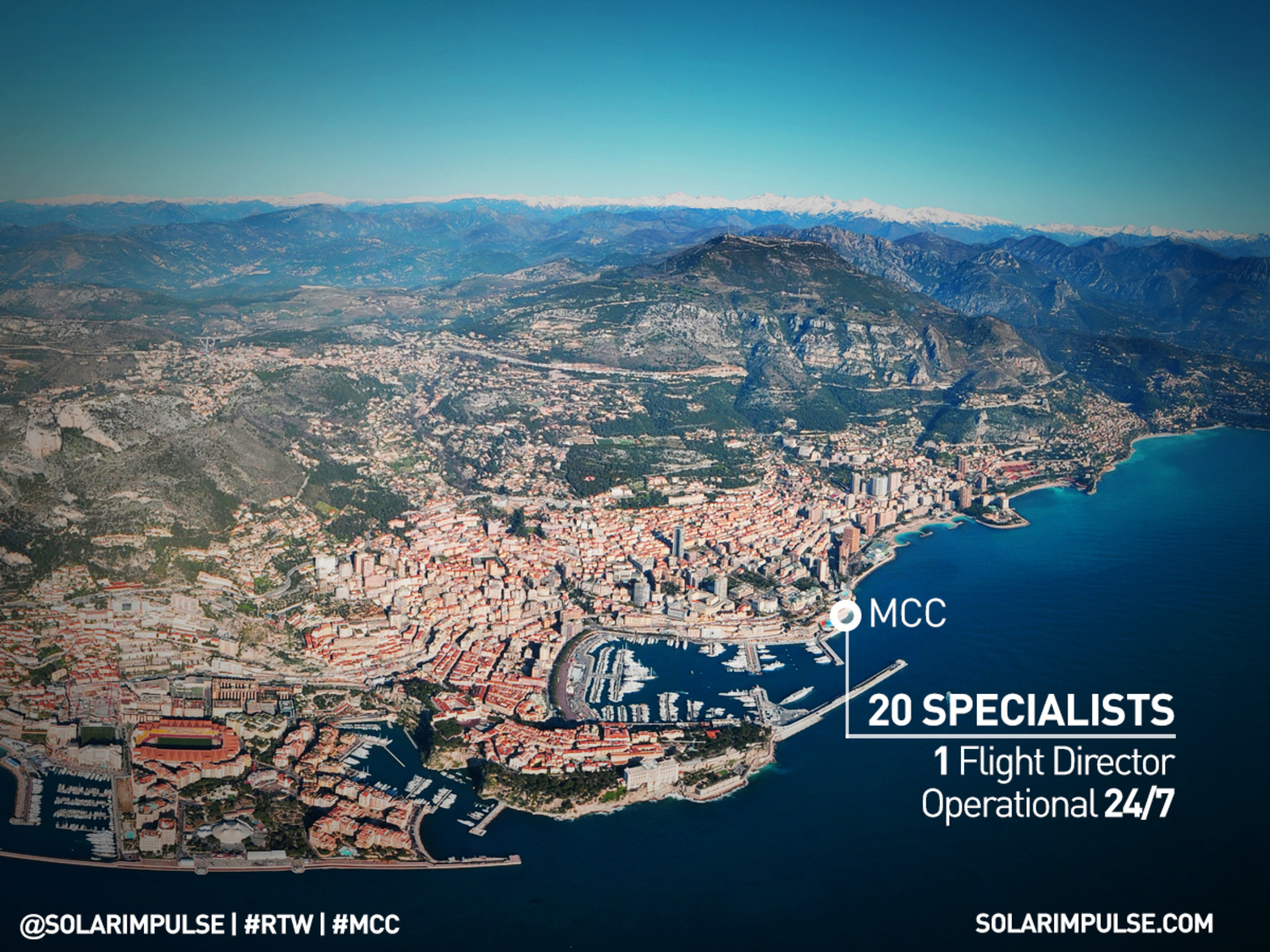 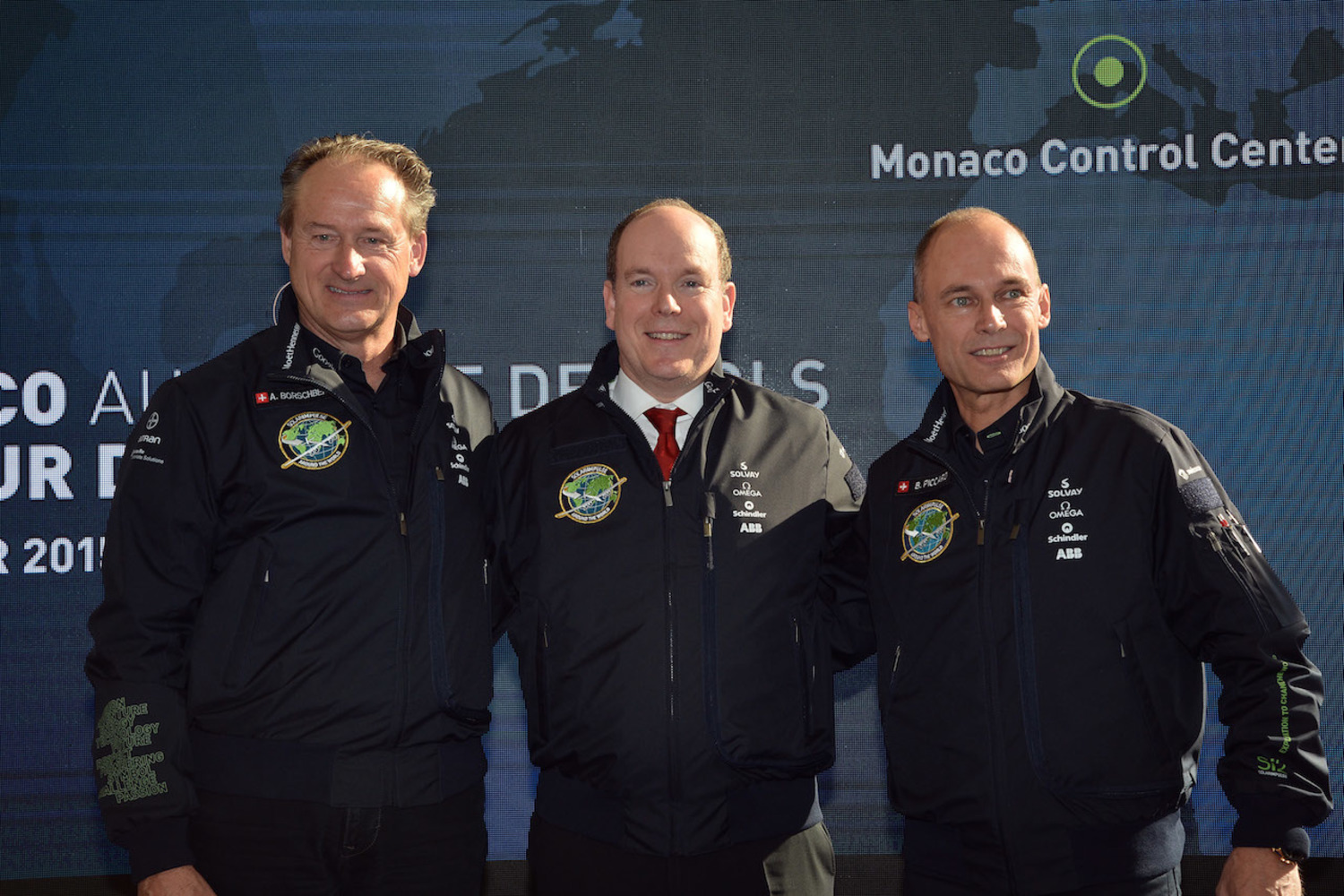