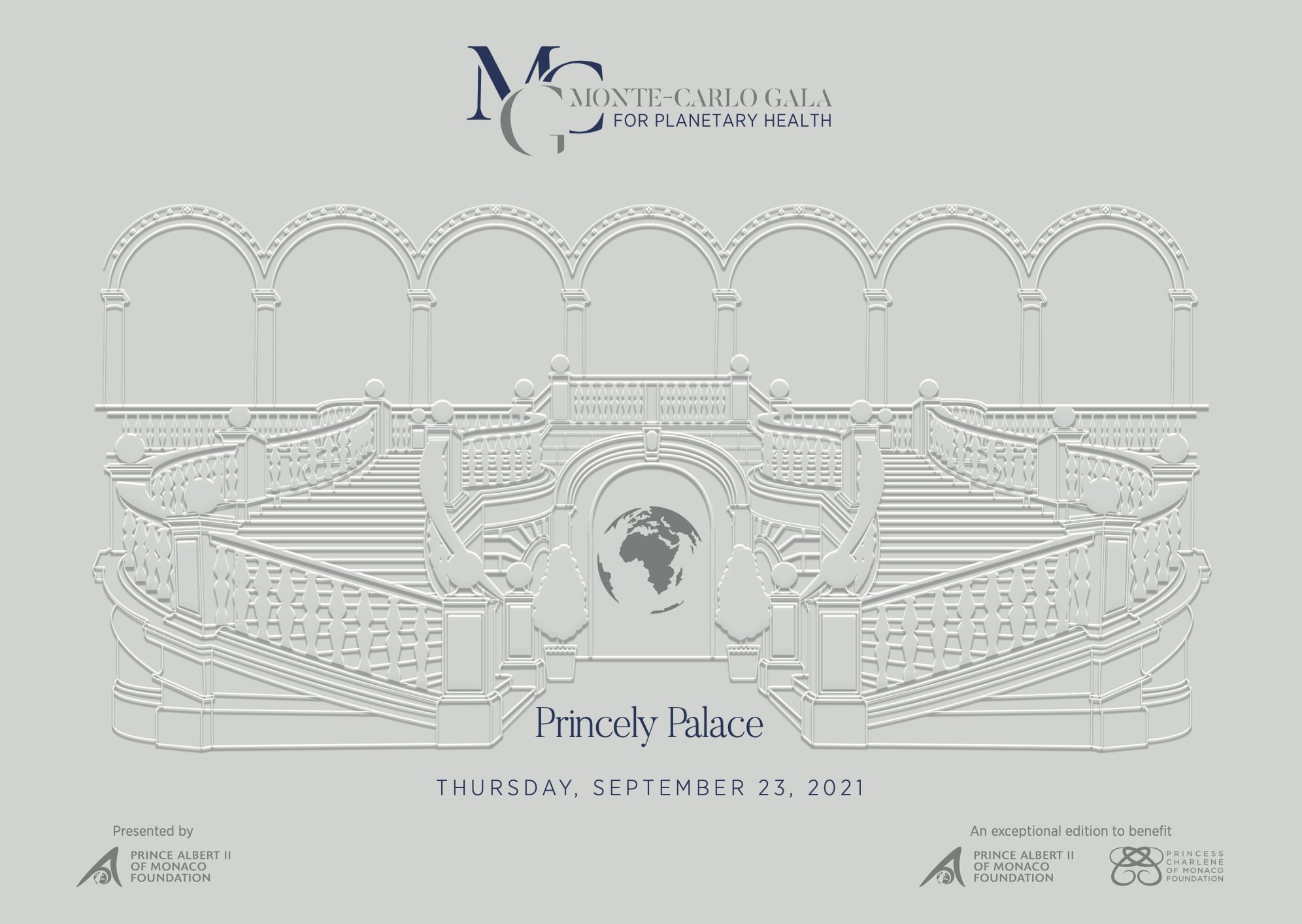 An exclusive event at the Princely Palace to mark the 15th anniversary of the Prince Albert II of Monaco Foundation and the 5th edition of the Monte-Carlo Gala.

Presided by HSH Prince Albert II of Monaco, the 2021 edition of the Monte-Carlo Gala for Planetary Health will offer an exclusive, exciting and unique experience. On Thursday, September 23, the Prince Albert II of Monaco Foundation will gather in Monaco, some of the world’s most famous artists and philanthropists for a prestigious evening at the Princely Palace to celebrate the 15th Anniversary of the Foundation and the 5th edition of the Monte-Carlo Gala.

The annual Monte-Carlo Gala brings together the best of all worlds, from Science, Arts, to Cinema and Music, inspired by the environmental stewardship of HSH Prince Albert II of Monaco. Through the Gala’s signature auction funds are raised to support the foundation’s critical and comprehensive portfolio of conservation projects—to protect endangered species from illegal wildlife trade, to expand marine protected areas, to promote renewable energy and resource efficiency in emerging economies, to eliminate deforestation, and to better understand climate change in particular in the polar regions.

HSH Prince Albert II of Monaco very early on promoted the ideal of a new relationship with nature and the various species with which we share our Earth. Aware that we were disrupting all the major planetary balances instead of safeguarding them, thus endangering the future of humanity, the Sovereign decided to become personally involved through His Foundation in order to amplify His action in favour of the environment. Launched in 2006, the Prince Albert II of Monaco Foundation has become a leading NGO for the preservation and education of sustainable development on a global scale. For fifteen years, the Foundation has significantly contributed to almost 700 projects focused on three main areas – climate change, biodiversity and water.

The Princess Charlene of Monaco Foundation

HSH Princess Charlene of Monaco has always believed in a world where all children can grow up in a safe environment and learn from each other. She witnessed many times the devastating reality of drowning as children are not always prepared to face water hazards.  Her career as a professional swimmer also made Her recognise the positive changes that sport can bring to one’s life. By creating Her Foundation, the Princess wanted to offer children better opportunities, show them the way through the values of sport and solidarity, and help prevent drowning with the teaching of swimming and water safety measures.

Launched in 2012, the Princess Charlene of Monaco Foundation has become an important institution in the fields of drowning prevention and education. Through its programmes, the Foundation has strived to educate communities around the world by supporting more than 400 projects.

Presided by HSH the Prince Albert II of Monaco, the Monte-Carlo Gala for Planetary Health is organised by His Foundation and Mr. Milutin Gatsby, Global Fundraising Chairman, with the support of the Monaco Yacht Show, the Oceanographic Institute, the Yacht Club of Monaco, the Société des Bains de Mer and the Monaco Private Label.

Additional details and updates on the 2021 Monte-Carlo Gala for Planetary Health can be found at www.montecarlogala.org. Gala honorees, event co-chairs and talents will be unveiled in the coming weeks.