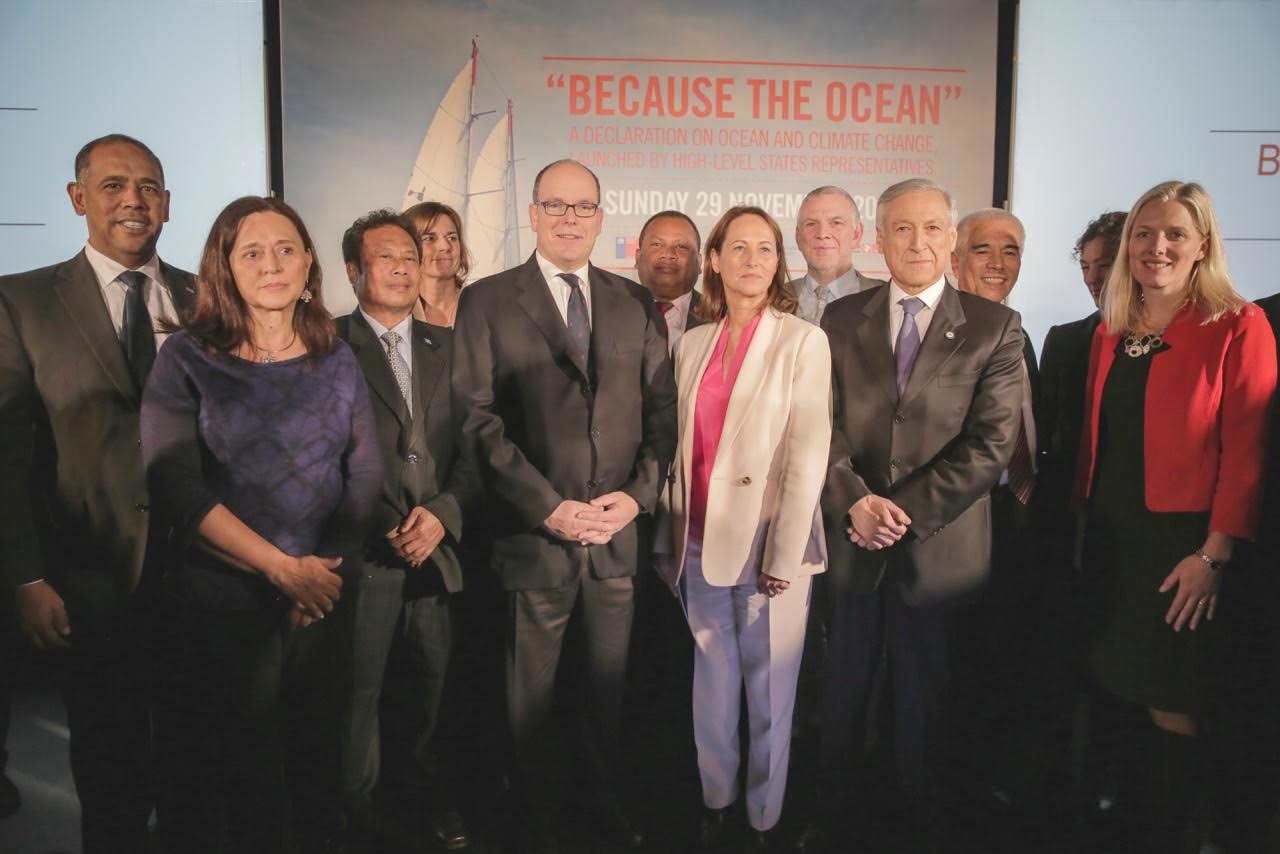 On the opening of COP21, the Sovereign Prince and 10 countries sign the DECLARATION "BECAUSE THE OCEAN?

Yesterday evening, the eve of the official opening of COP21, H.S.H. Prince Albert II of Monaco and the representatives of 10 states met in Paris for the event entitled Because the Ocean.

While the world is looking forward to the conclusion of a major agreement on the climate, the Ocean has been excluded from the negotiations.

Yet the ocean is the most important factor of the climate system, producing half of the oxygen we breathe and absorbing 90% of excess heat and 25% of the carbon we produce. However the ocean is endangered by climate change and CO2 emissions, causing serious threats to the marine ecosystems and populations living there.

The representatives of 11 States signed the "Because the Ocean" declaration yesterday evening, urging the international community to implement measures in order to strengthen the resilience of the ocean faced with the impact of CO2 emissions and climate change.  They affirmed their commitment to:

The following signed the declaration:

The "Because the Ocean" Initiative stemmed from a partnership between 6 organisations: 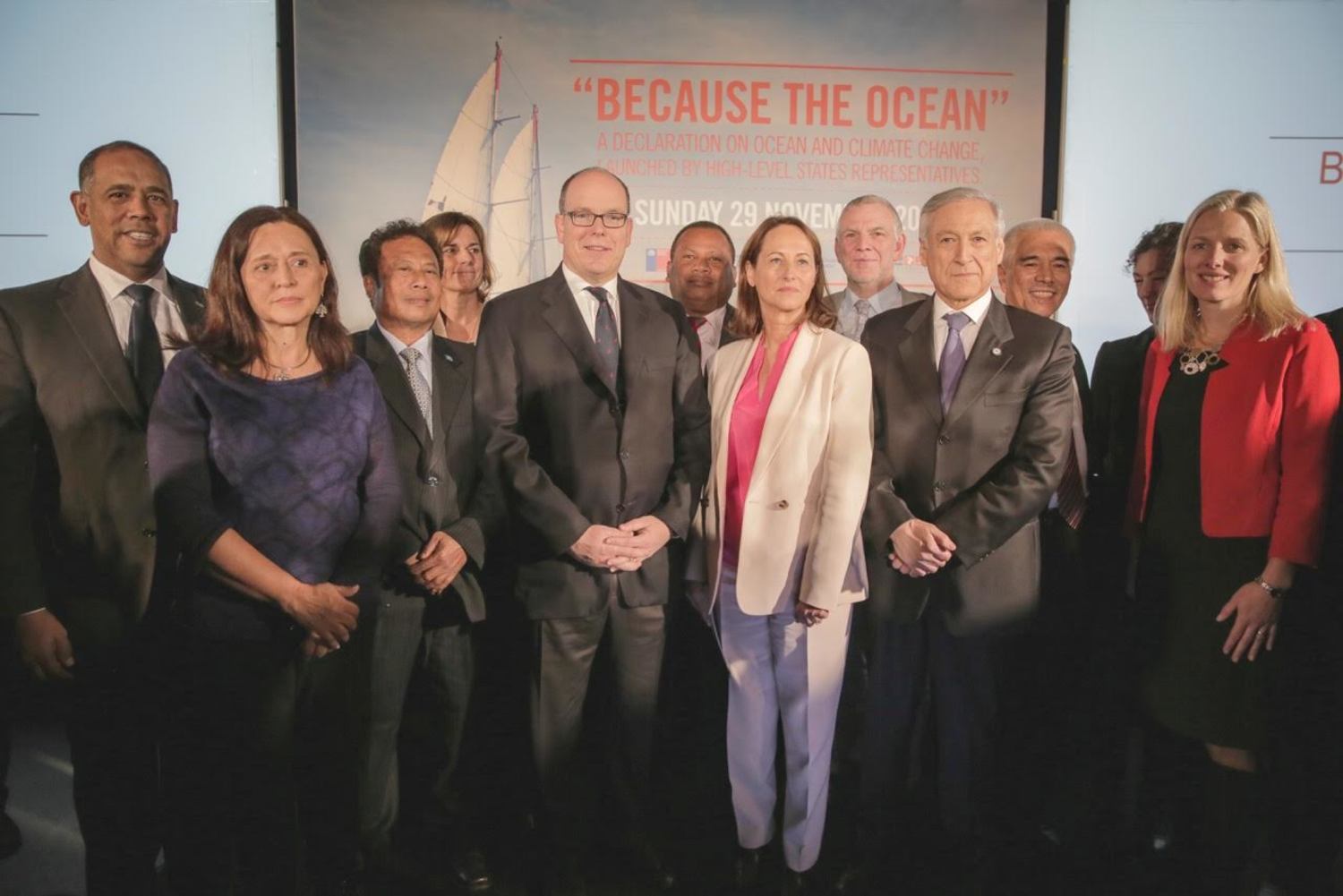