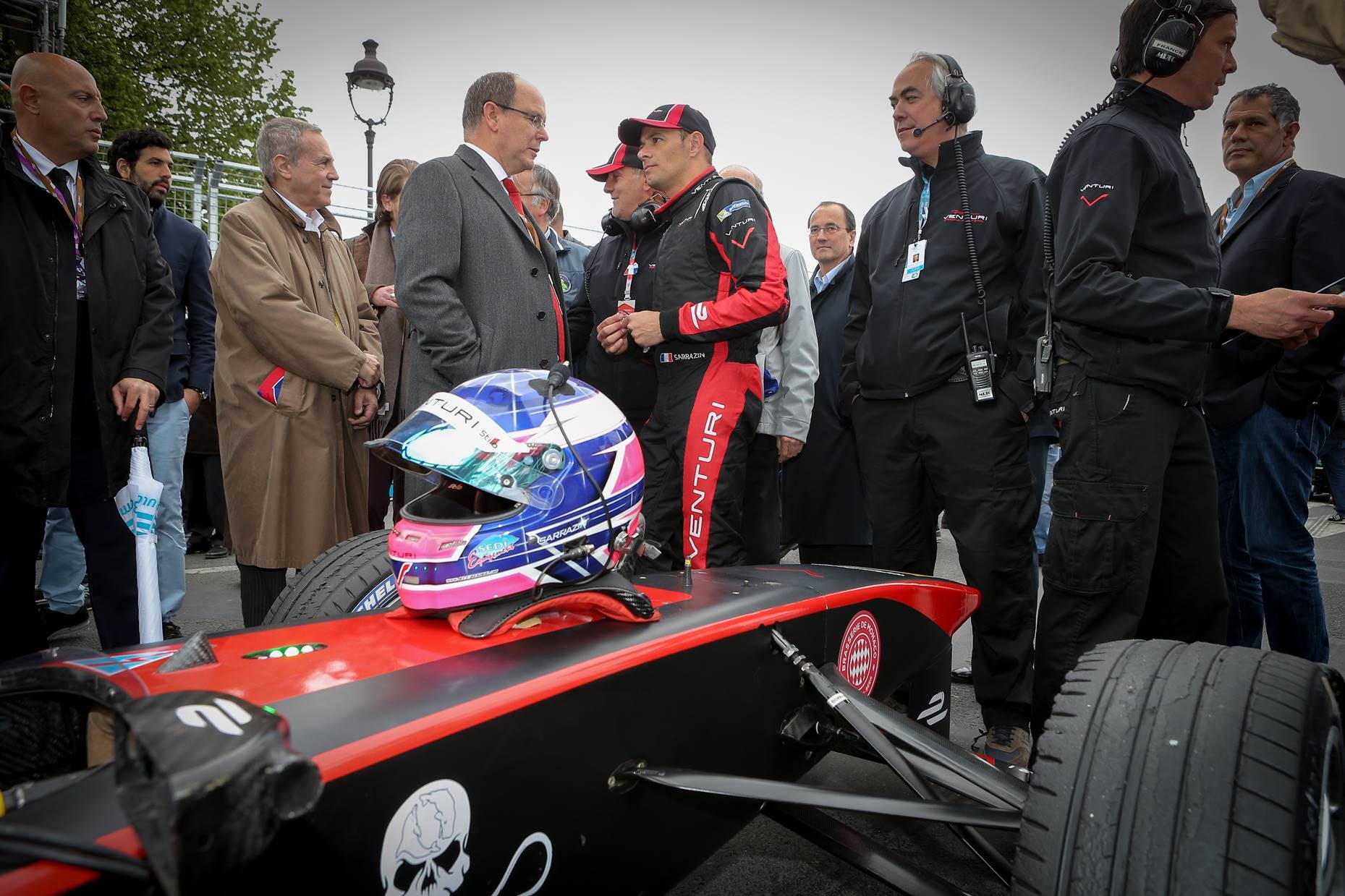 Paris ePrix: a racing challenge and the promotion of renewable energies in pole position

On Saturday 23rd April, Paris hosted the 7th race of the International Automobile Federation’s (FIA) “Formula E” championship» dedicated to 100% electric racing cars, of which the Prince Albert II of Monaco Foundation has been an official partner since it was first launched in September 2014.

Twenty thousand people attended this much-awaited Parisian event which took place around the Hôtel des Invalides, in the heart of the 7th arrondissement.

Welcomed by Mr Alejandro Agag, CEO of Formula E, and Mr Jean Todt, President of FIA, HSH Prince Albert II of Monaco visited the pit stalls of the teams competing, in particular the Monegasque team Venturi.  On the invitation of Mr Yves Bonnefont, Director General of DS Automobile, the Prince had the opportunity to discover the DS E-TENSE, an electric concept-car manufactured by Citroen, and to do a lap of the circuit aboard this zero-emission car.

HSH the Sovereign Prince also spoke to the French Prime Minister Manuel Valls, who attended the race, as well as Mrs Anne Hidalgo, the Mayor of Paris, and Mrs Rachida Dati, the Mayor of the 7th arrondissement, with whom discussions focused on their shared desire to reduce greenhouse gas emissions by developing initiatives to promote clean mobility. Spectacular, noiseless and innovative, ePrix is a perfect example.

Over dinner, held in the banquet hall of the Paris City Hall, HSH Prince confirmed that the Principality would be hosting an ePrix in 2017 following the success of the first Monegasque edition in May 2015. The evening event included an auction sale which raised close to 200,000€ for the benefit of the actions implemented by the Prince Albert II of Monaco Foundation to promote environmental protection. 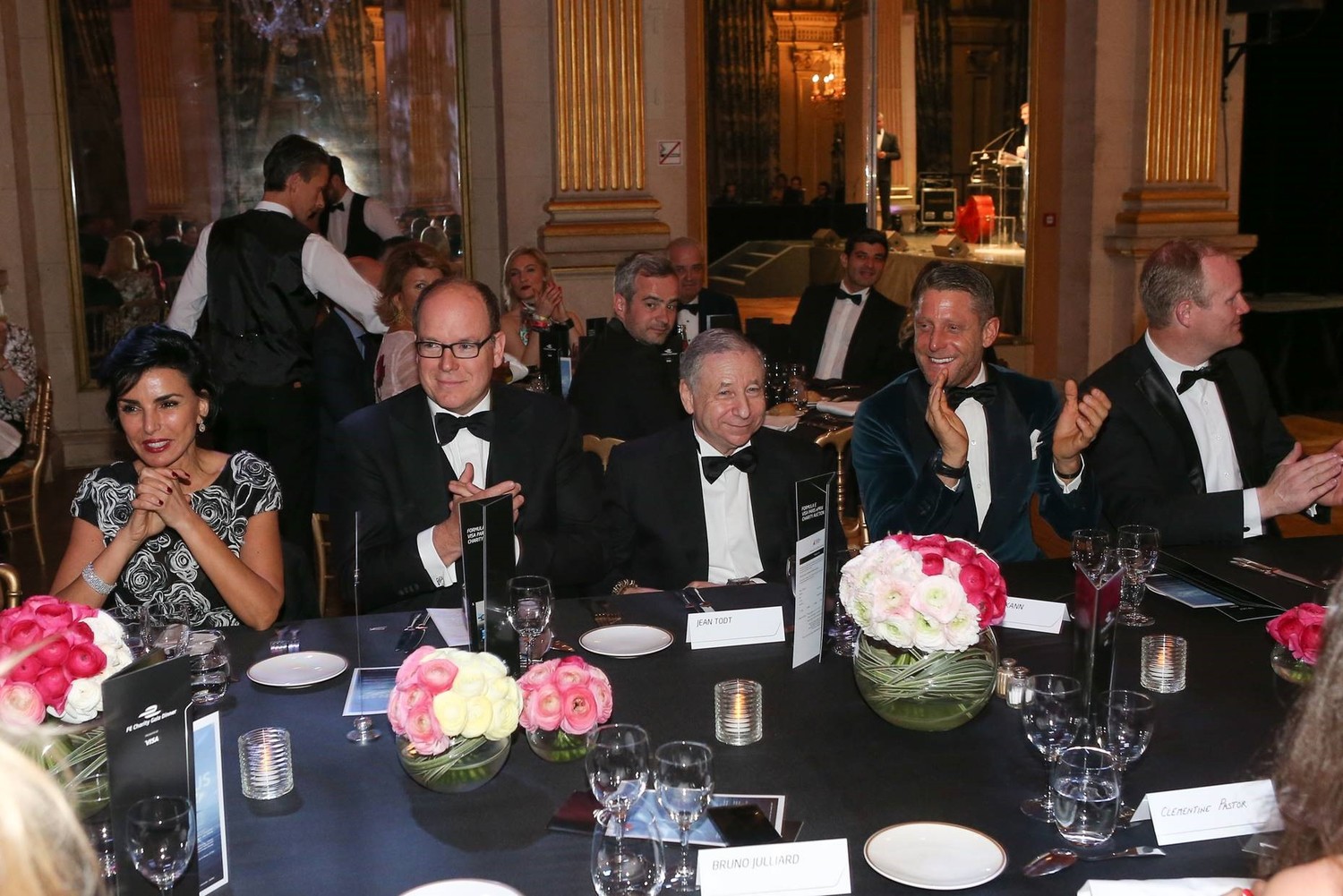