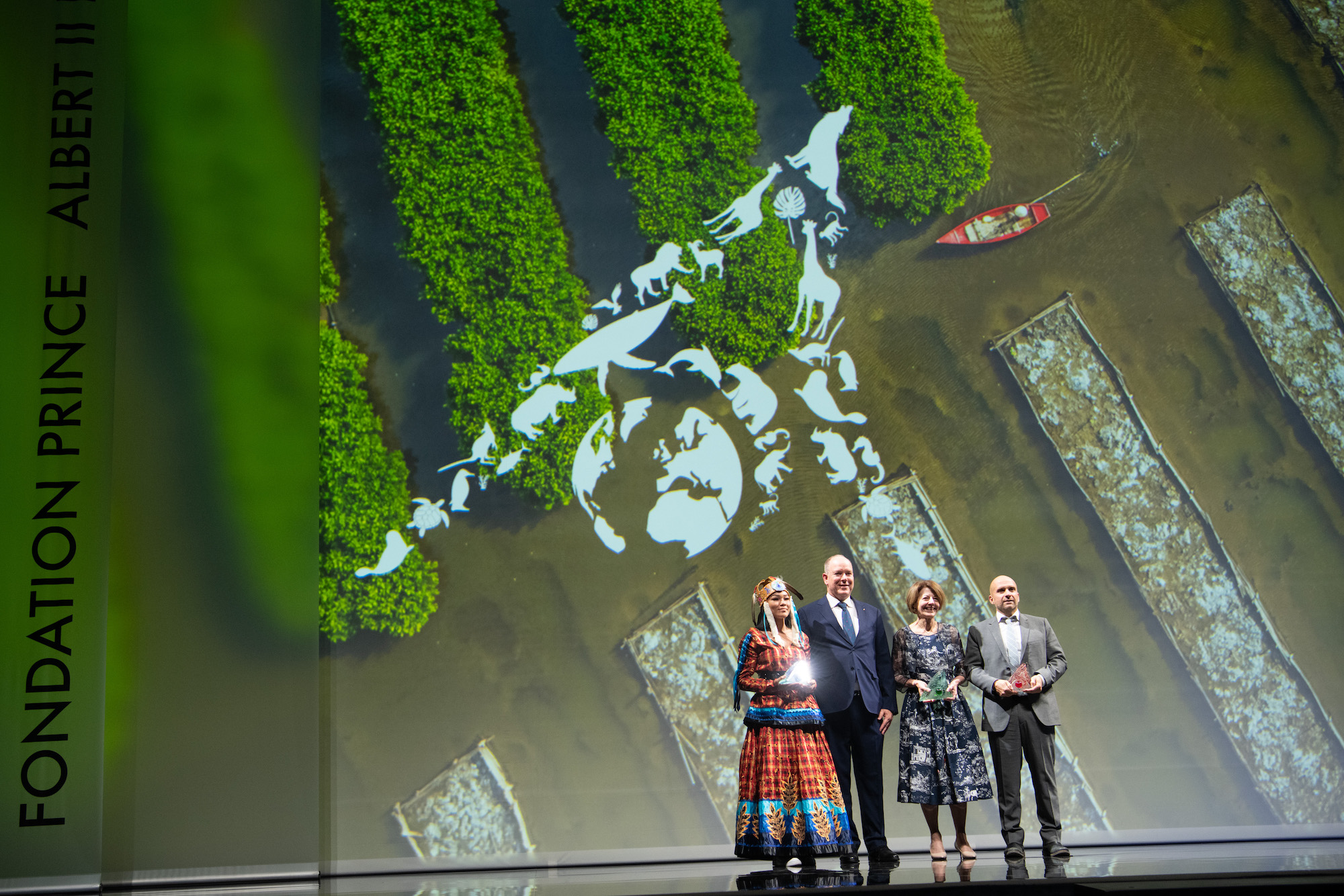 « I created these awards to show my support for

exceptional men and women who are committed to saving our planet.”

Since 2008, these awards in the sectors of Water, Biodiversity and Climate Change have paid tribute to leading figures and organizations for their deep commitment to preserving our planet.

The ceremony was followed by the attribution of grants to IPCC students in support of their research on climate change and living soils. In honor of the 15th Anniversary of The Prince Albert II of Monaco Foundation, the night closed with the exclusive environmental-themed performance of “The Way of the Rain – Hope for Earth” created by Mrs Sibylle Szaggars Redford and with special appearance of Mr Robert Redford.

In his opening speech, HSH Prince Albert II of Monaco reviewed the actions undertaken by his Foundation since its creation in 2006 with the aim to preserve the environment and promote sustainable development.

“It is emotional to think that behind the seven hundred projects we have conducted or supported over those years, thanks to the 90 million Euros we have spent, we have been able to protect dozens of species more effectively, we have helped to safeguard hundreds of ecosystems and we have helped thousands of our contemporaries” said HSH Prince Albert II of Monaco before addressing his sincere thanks to the Foundation’s teams, donors and partners who accompanied us along these fifteen years.

“I have crossed people from manu countries and of every age, people in extremely different social settings (…) What I have felt over these fifteen years, is the extent to which all these people are dependent on a common destiny, one which is called Planet Earth. It is for them that we take action, it is thanks to them that we progress and it is with them that we will succeed. Because environmental protection is always about men and women.”

The Sovereign Prince then attributed the Prince Albert II of Monaco Foundation’s Planetary Health Awards in each of his Foundation's three priority areas of action: the fight against climate change, the preservation of biodiversity and the management of water resources.

The Water Award was presented to Chief Water Commissioner for the Anishinabek Nation and youth activist Autumn Peltier, in recognition of her work to promote access to clean water in Canada. Her commitment to access to clean water for Canada's indigenous peoples is internationally recognized.

Autumn has been a guest speaker at United Nations World Water Day and the World Economic Forum in Davos, Switzerland, repeatedly raising awareness about the sacredness of water and the need to protect it. Autumn also advocates for the human rights of indigenous children inspiring many young people around the world.

“One day I will be an ancestor and I want my grandchildren to know that I used my voice to help the Indigenous children in Canada to have access to clean drinking water, no child should ever go without clean water for any period of time” declared Ms Autumn Peltier.

The Biodiversity Award was given to IPBES, the Intergovernmental Science-Policy Platform on Biodiversity and Ecosystem Services, in recognition of its valuable work on the state of knowledge about the world's biodiversity, ecosystems and the contributions they make to people, as well as the tools and methods to protect and sustainably use these vital natural assets.

IPBES was established as an independent body by governments in 2012 and now has 137 member states. Based in Bonn, Germany, its secretariat is hosted by the United Nations Environment Programme (UNEP). IPBES brings together expertise from all scientific disciplines and knowledge communities, including indigenous and local knowledge, to provide policy-relevant knowledge and catalyze the implementation of knowledge-based policies at all levels of government, the private sector and civil society.

Dr. Anne Larigauderie, IPBES Executive Secretary, assessed "Climate change is often considered the preeminent environmental challenge of our time - but the biodiversity crisis is too important to be an afterthought. Nature’s contributions to people are more degraded now than at any point in human history, but science tells us we can still reverse course if we act urgently, driving transformative change for people and the planet.

We are honoured to accept this prestigious award from His Highness, Prince Albert II of Monaco, and his Foundation, on behalf of all the scientists, experts and knowledge-holders who work with IPBES. Now it’s time to act on the science."

They work with coastal communities throughout North America to create a blue-green economy—built and led by regenerative ocean farmers—that ensures we all make a living on a living planet. The organization’s 10-year goal is to provide training, tools, and support to 10,000 farmers to catalyze the planting of 1 million acres of regenerative ocean crops and yield meaningful economic and climate impacts.

“We are deeply grateful to His Serene Highness and the Prince Albert II of Monaco Foundation for their recognition of GreenWave. We are honored to be counted among the incredible leaders and organizations forging pathways to a healthier planet. There is no denying that the impacts of climate change are accelerating. Our backs are against the wall, but we have a choice. We can give up, flee, and just let the planet die slowly, or our communities can work with the ocean to innovate a better future--one where we can all make a living on a living planet” said Bren Smith.

The Prince Albert II of Monaco Foundation Grant for IPCC

Another momentum of the evening was the awarding of diplomas to young researchers under the "Prince Albert II of Monaco Foundation grant for IPCC" programme, supported by the Foundation since 2011. The grants, attributed every two years, are a springboard for young researchers from developing countries, giving them the chance to continue their studies and post-doctoral research on climate change, for a three-year period.

Mr Abdallah Mokssit, Secretary of IPCC underlined that the programme was not only a success but a real advance because supporting over the years these young researchers is not only giving them access to science but it is also positively impacting their communities and region by increasing the scientific knowledge on local climate change issues. It is an important step in the fight against climate change enabling the implementation of innovative and efficient solutions.

The Foundation is proud to join forces with Moët Hennessy in the framework of the IPCC grants program, enabling us to open the scope of research to the important topic of living soils; a new conception of agricultural and wine production based on the natural dynamics of soils, their typicity and respectful of their functional biodiversity.

“We are delighted to partner with the Prince Albert II of Monaco Foundation on the IPCC Grant Program.  At Moët Hennessy, we have developed an ambitious sustainability enhancement program called “Living Soils - Living Together” and we count on strong research programs and disruptive innovations to meet our environmental challenges and goals.  Young IPCC students have a very important mission in the near and long-term future to help us all accelerate our progress, especially on topics related to the quality of soils, its capacity of carbon sequestration, the promotion of biodiversity, the water management and the general adaption of agricultural activities to a changing climate” said Mr Philippe Schaus, CEO of Moët Hennessy.

The 2021 cohort integrates 27 students honored for the quality of their work in the field of climate change and living soils. 10 students are sponsored by the Prince Albert II of Monaco Foundation, 10 by Moët Hennessy and 7 by the Cuomo Foundation, a longtime partner of the Foundation.

12 of the students attended the ceremony and received their diplomas on stage from HSH Prince Albert II of Monaco, alongside Mr Abdallah Mokssit, Secretary of the IPCC, Mrs Maria Elena Cuomo, President and Founder of the Cuomo Foundation and Mr Philippe Schaus, CEO of Moët Hennessy.

It is with great pride for the Prince Albert II Foundation, the IPCC, the Cuomo Foundation and Moët Hennessy to participate in the emergence of a new generation dedicated to the health of our planet.

Opening the door on Art and Environment

The Prince Albert II of Monaco Foundation was proud to present the world premiere of “The Way of the Rain – Hope for Earth” created and directed by Mrs Sibylle Szaggars Redford, in collaboration with composer Tim Janis and video film artist and editor Thomas McBee. The environmental performance is an ode to nature’s powerful beauty while calling attention to the Earth’s vulnerability brought on by climate change, a message which so well echoes the work conducted by the Foundation.

“We congratulate HSH Prince Albert II of Monaco and the Prince Albert II of Monaco Foundation on its 15th anniversary. It is truly an honor to be invited to participate in this important occasion with the presentation of The Way of the Rain— Hope for Earth.  Now, more than ever, as the impacts of climate change continue to escalate and adversely affect our global communities, the dedication and efforts of HSH Prince Albert II and his Foundation shine brightly, leading the way for others to follow" declared jointly Sibylle Szaggars Redford and Robert Redford

The multidisciplinary show imagined as a film-concert welcomed on stage the ZhangomusiQ Orchestra and choirs from the Monte-Carlo Opera and Soprano Norah Amsellem. Mr Robert Redford delivered words accompanied by the young Monegasque pianist Stella Almondo. The guests were transported in a journey from the chaos of the creation of the Universe to the Hope that together we can effectively save our Mother Earth. 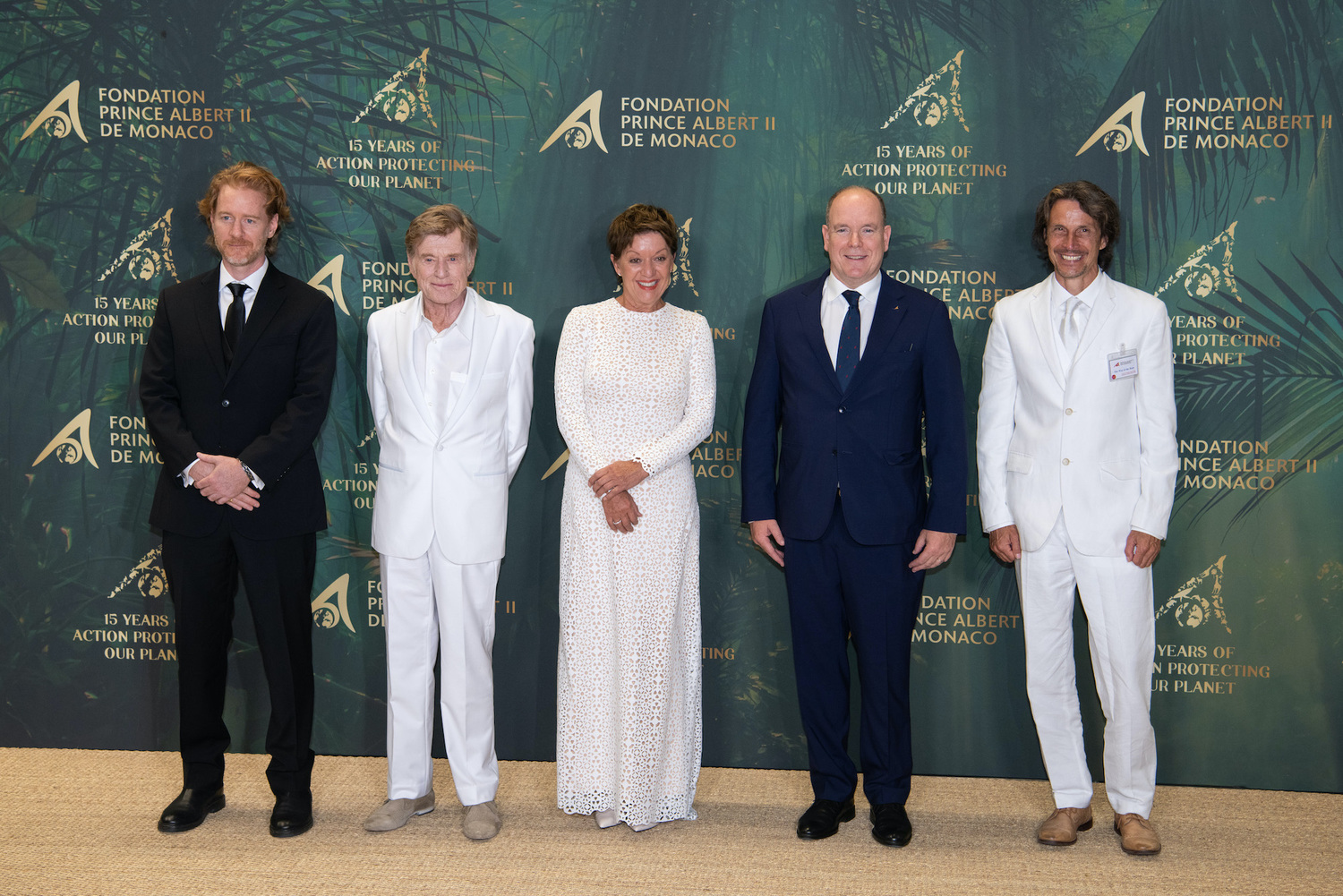 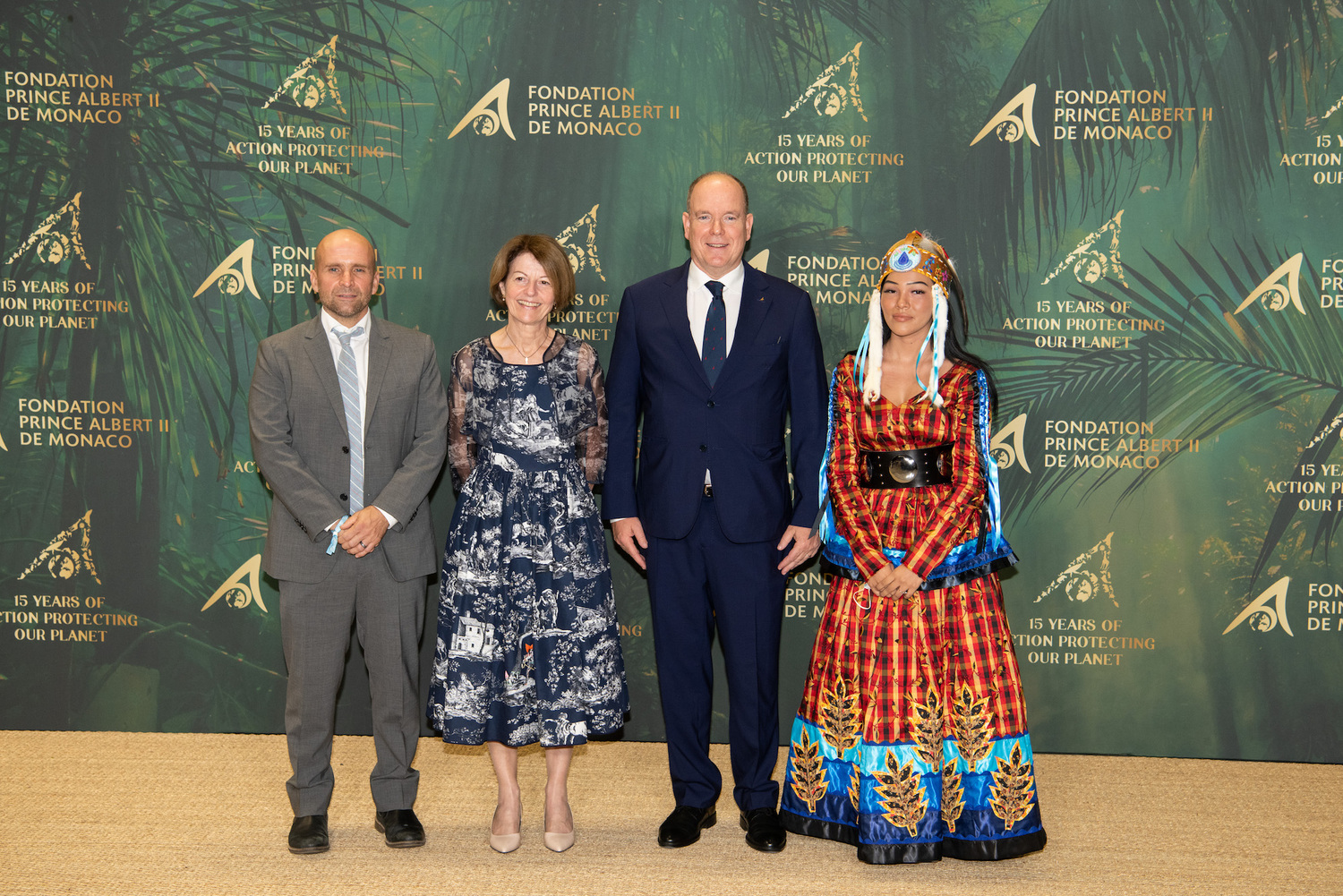 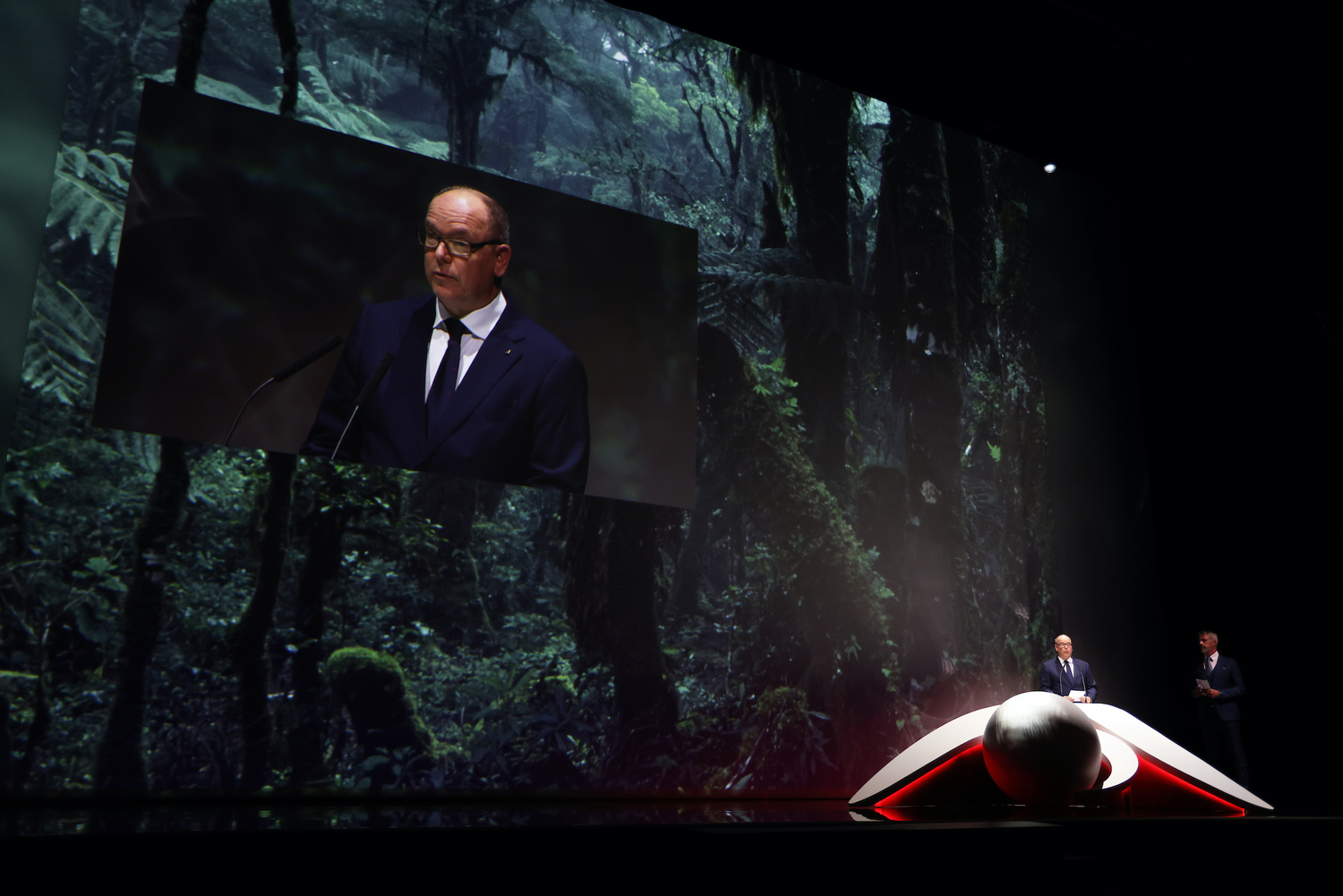 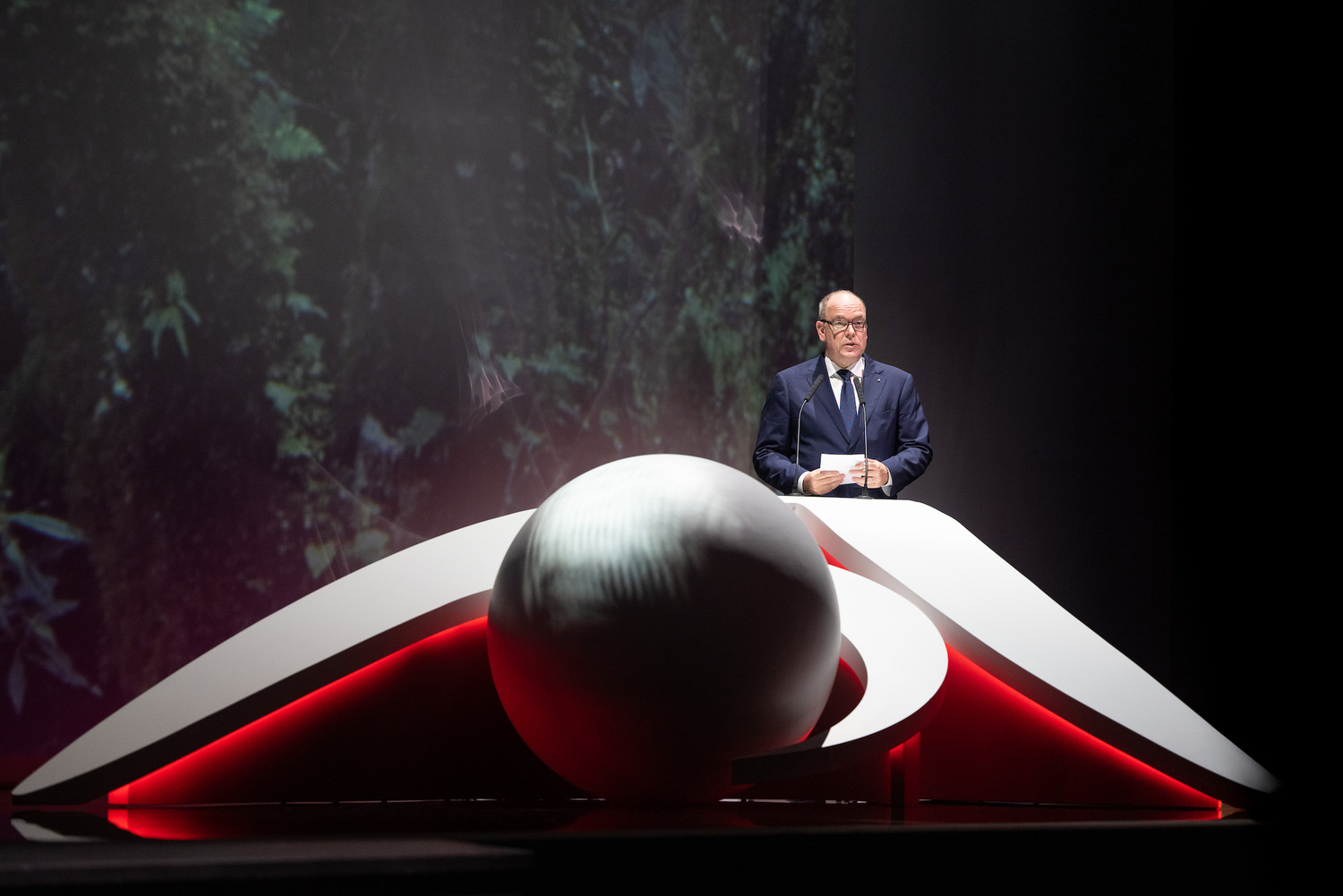 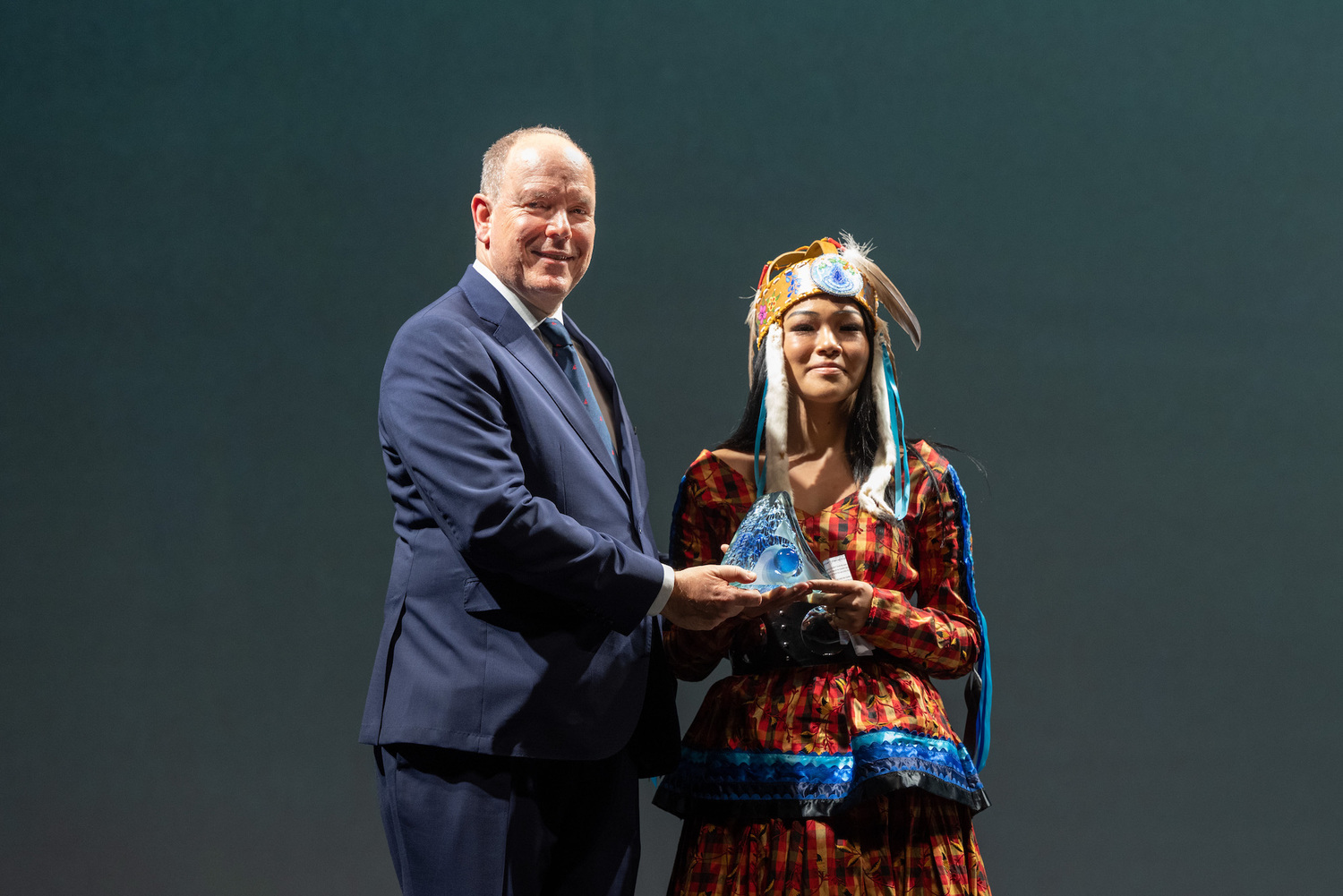 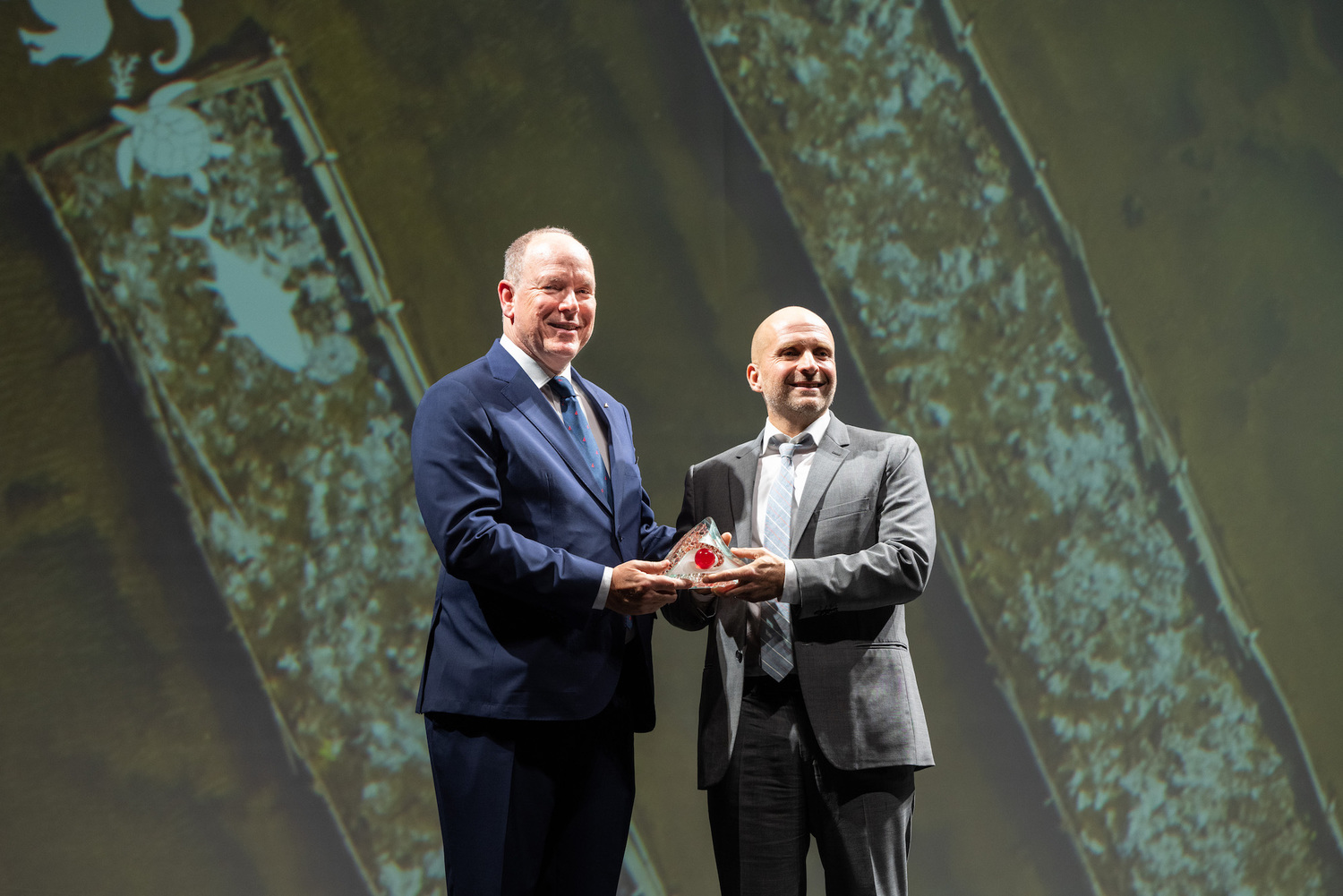 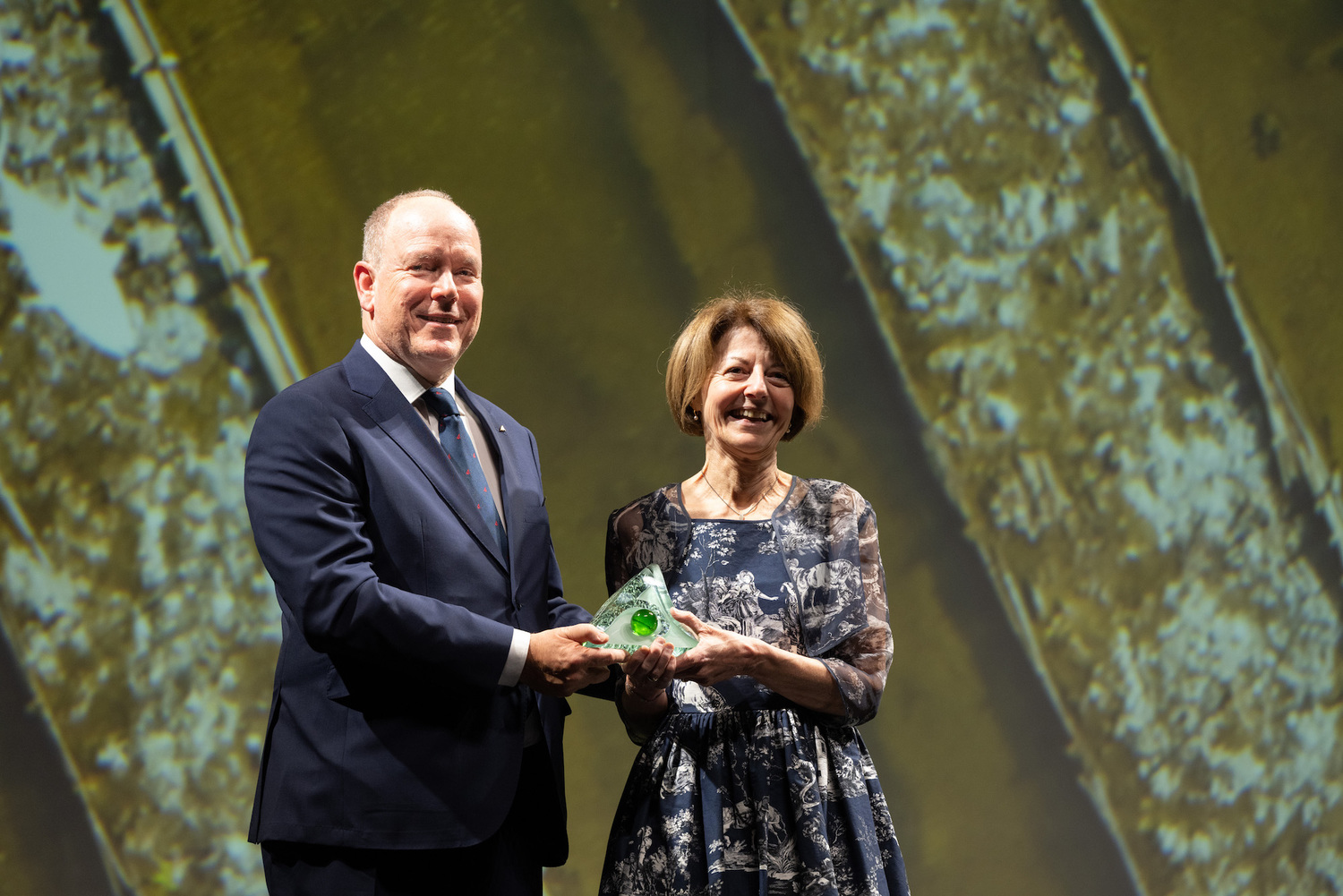 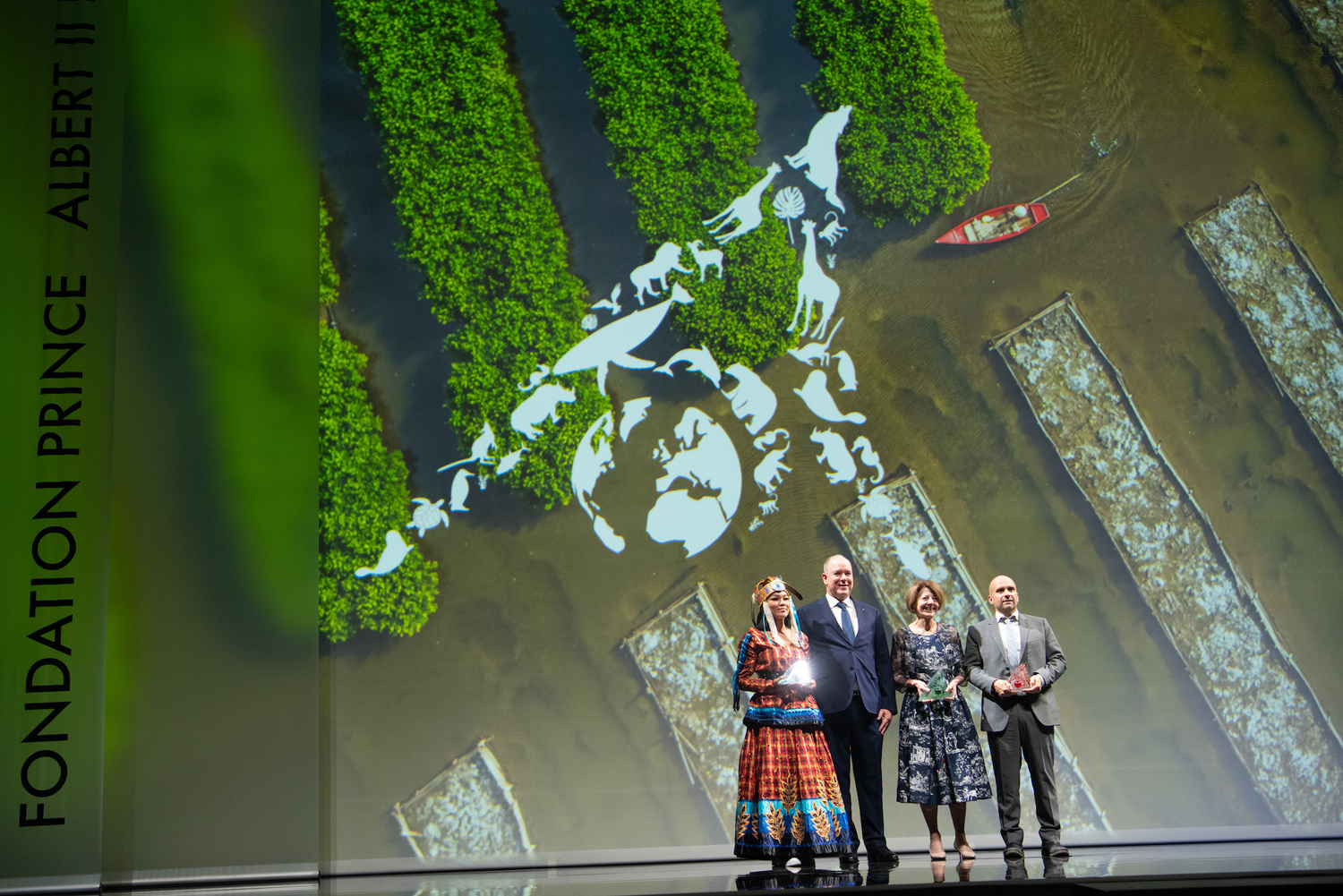 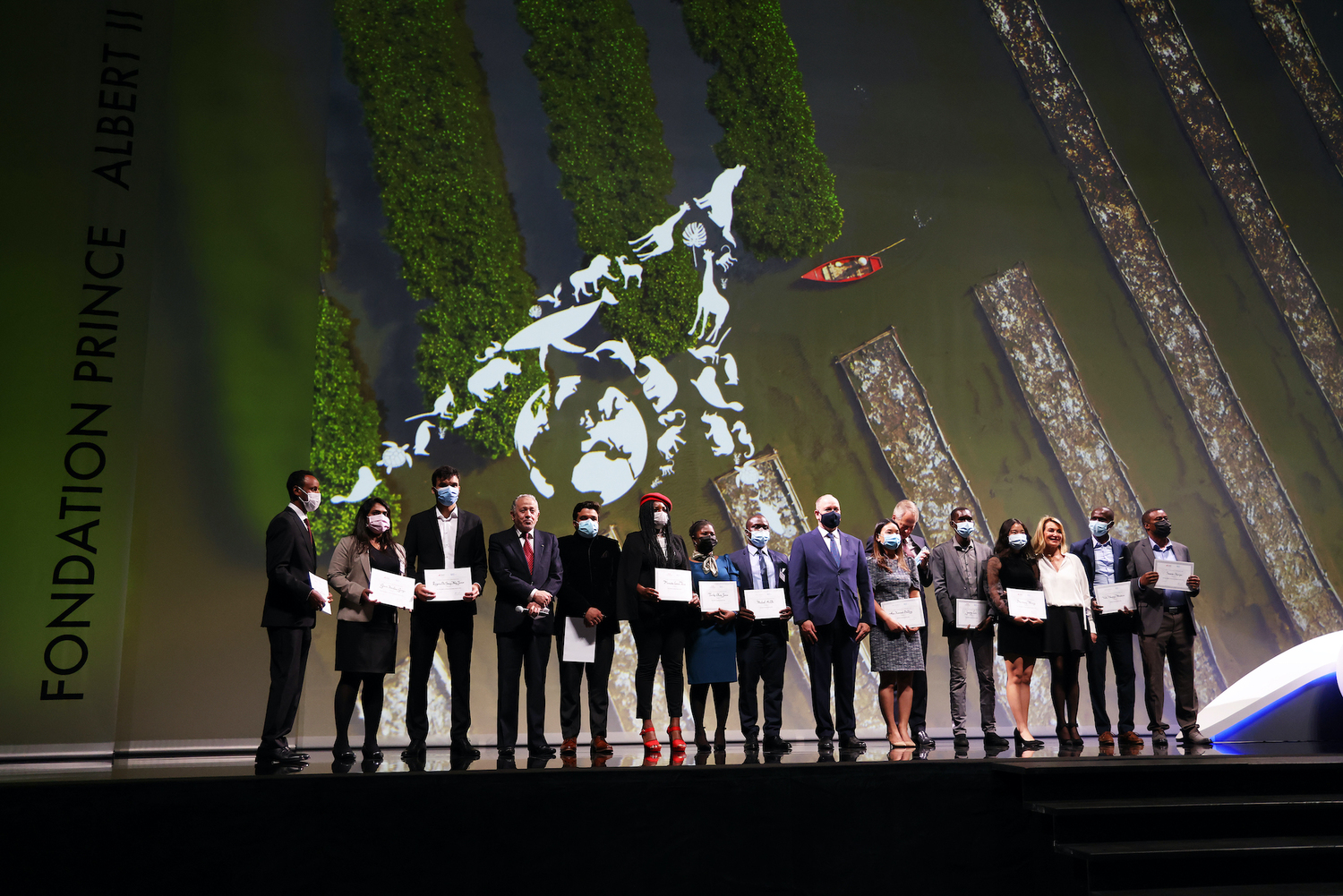 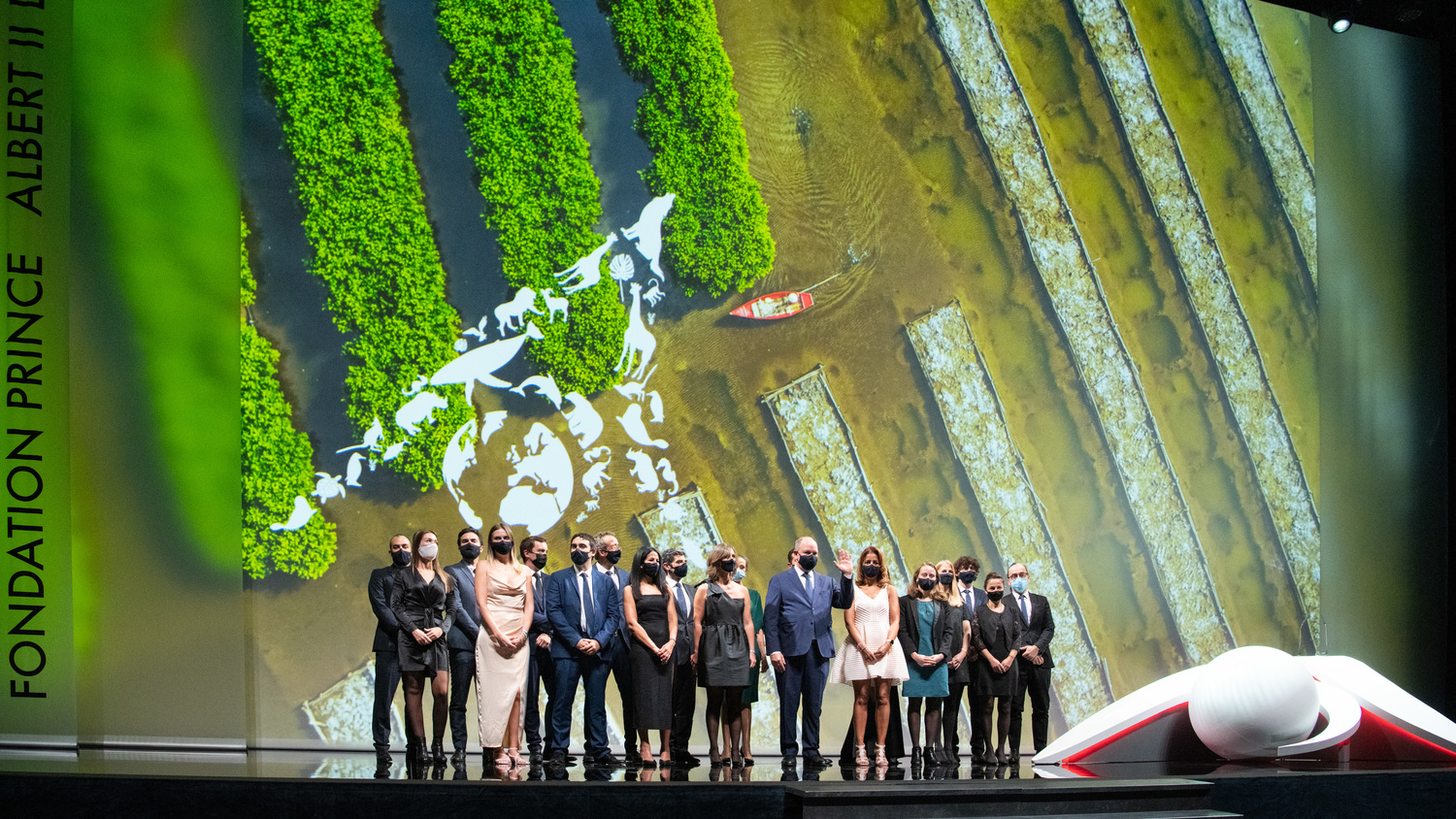 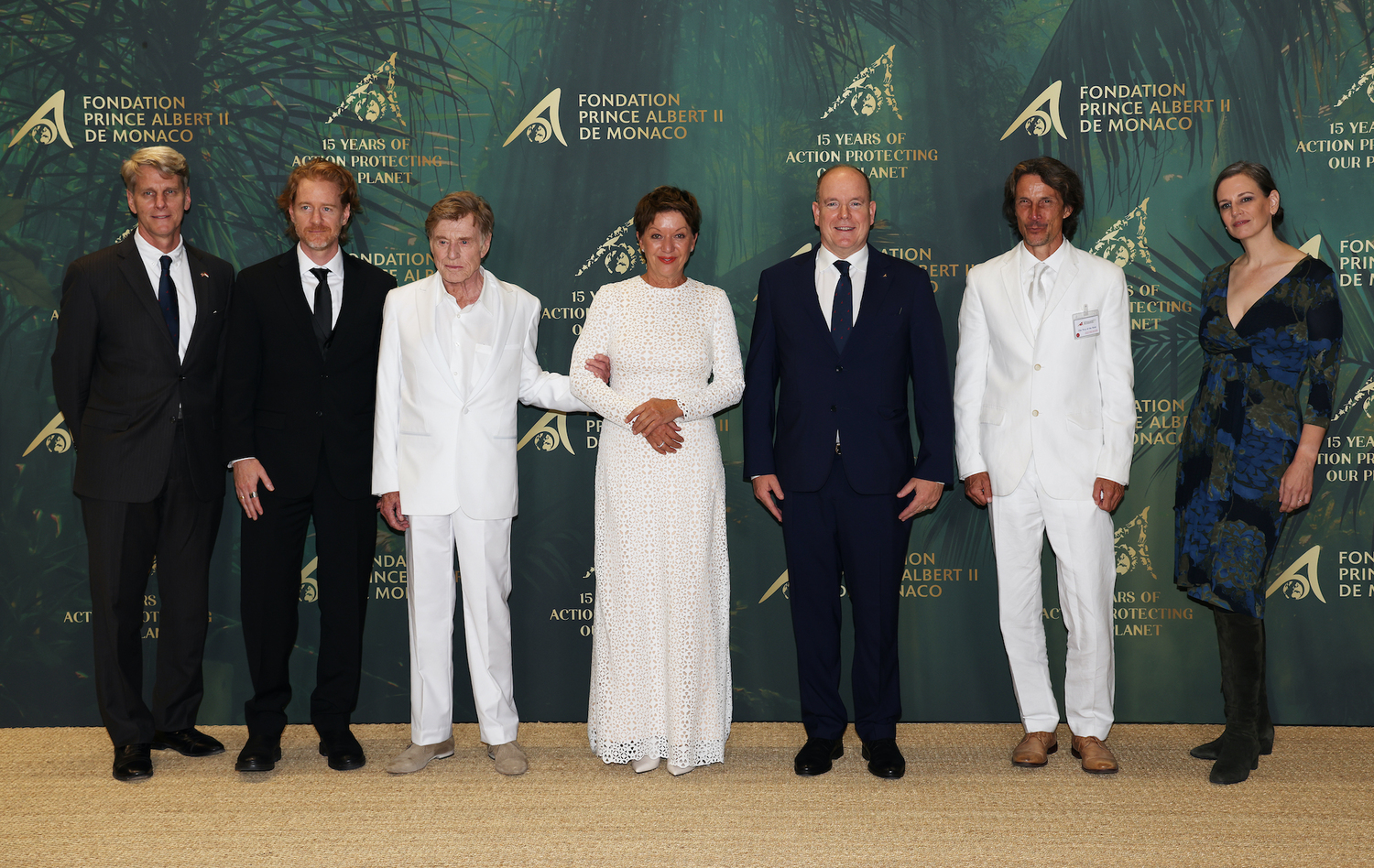