On the occasion of the "Our Ocean" conference which was held in Washington on 15th and 16th September, HE Mr Bernard Fautrier, CEO of the Albert II of Monaco Foundation announced that the Prince Albert II of Monaco Foundation and its partners, Surfrider, Tara Expeditions, the Mava Foundation, the Veolia Foundation and IUCN will provide "financial support amounting to €150,000 per year over a three-year period to micro-initiatives aimed at reducing plastic pollution in the Mediterranean, through the Beyond Plastic Med Task Force (BeMed)".  In the long term, this call for micro initiatives will lead to the progressive creation of a Mediterranean network of local actors committed to combating plastic pollution. Twenty or so applications requesting support for such initiatives have already been submitted.

In March 2015, a panel of stakeholders concerned by plastic pollution at sea met in Monaco. Fruitful discussions resulted in the establishment of the "Monaco Declaration on action against plastic pollution in the Mediterranean" which led to the creation of the "Beyond Plastic Med" Task Force, supported by HSH Prince Albert II of Monaco.

The persistence of pollution caused by plastic makes it, due to its presence at sea, one of the most serious ecological disasters for the future.  Once released into the natural environment, plastic can in fact take up to 500 years to vanish.

"Monaco is contributing 500 000€ to the new trust fund in partnership with France and Tunisia.  This will provide financial long-term financial support to the marine protected areas (MPAs) created by the Mediterranean countries.  The funds will be used to improve pre-existing marine protected areas, to encourage the creation of new ones, to strengthen development capabilities and to support current initiatives" said HE Mr Bernard Fautrier.

In October 2013, during a high level session of IMPAC3 (International Marine Protected Areas Congress)  in Ajaccio, France, Monaco and Tunisia decided to create a sustainable financial support mechanism  for Marine Protected Areas (MPAs) which had the political support of the countries bordering the Mediterranean within the framework of the Union for the Mediterranean (UfM) and the Barcelona Convention.

An initial call for projects was launched among MPA managers for which the first series of funding will be allocated at the end of 2016.

During this summit, a high level conference on the Mediterranean took place on 16th September at the French Embassy, on the initiative of Mrs Ségolène Royal, Minister of the Environment, Energy and Sea, in charge of international relations on the climate; this meeting was attended also by Mr Karmenu Vella, European Commissioner for the Environment, in charge of Maritime Affairs, as well as several ministerial representatives of the Mediterranean countries.

On this occasion, the Minister announced the creation of a coalition to combat plastics at sea between France, Morocco and Monaco. Furthermore, a declaration was approved requesting the International Maritime Organisation (IMO) to consider the necessary reduction of greenhouse gases emitted by ships. 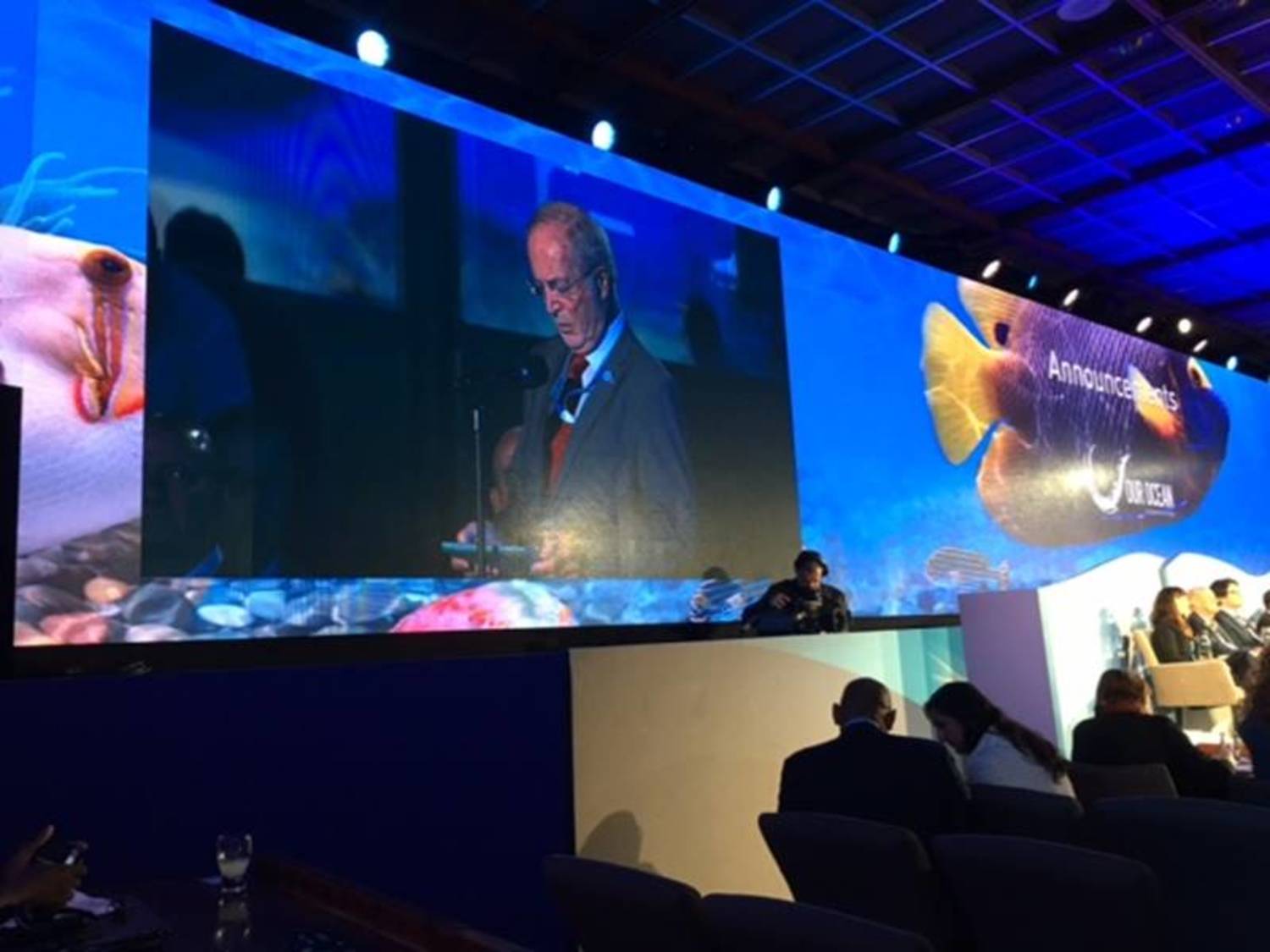