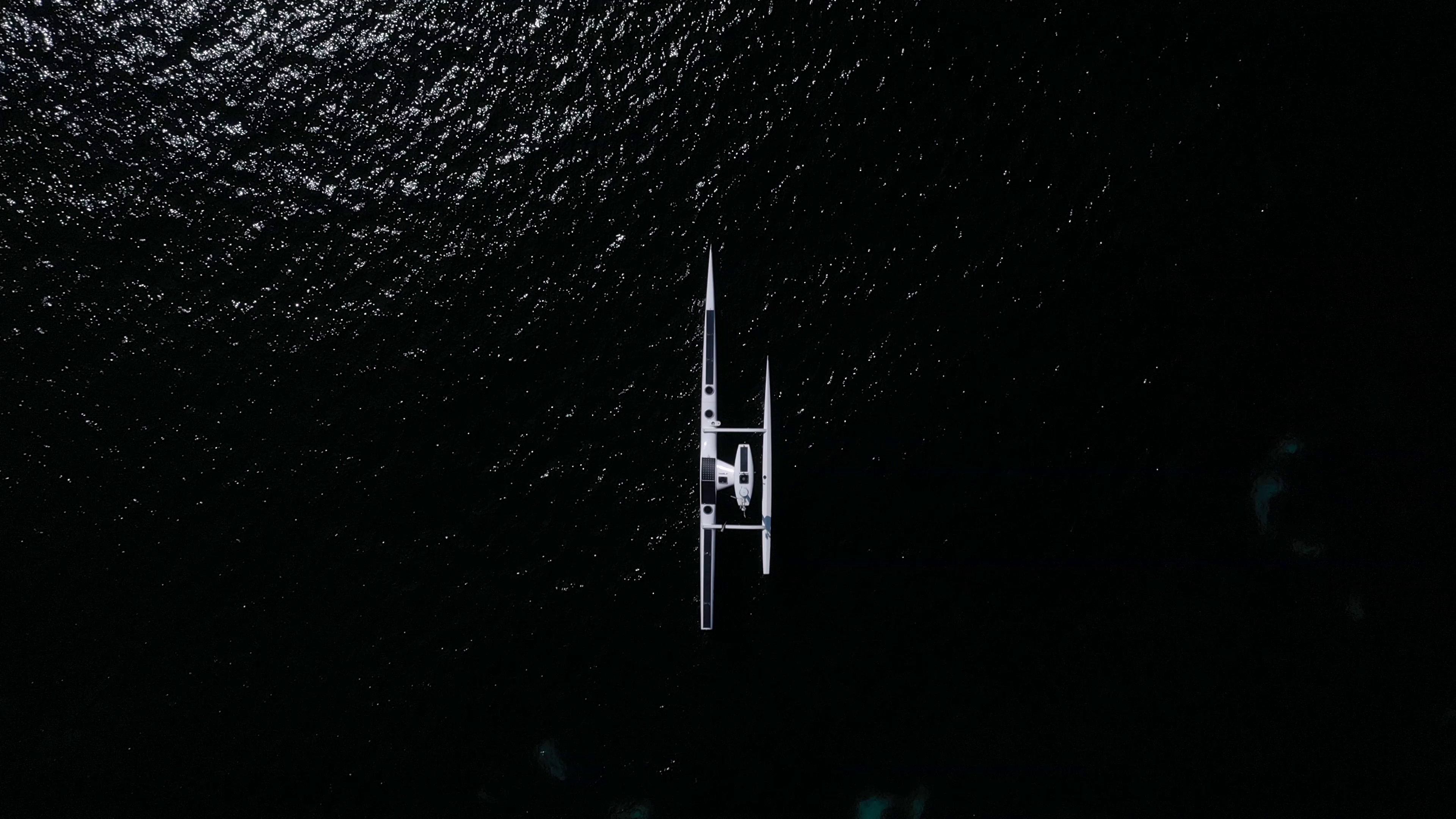 Quiet Sea mission in PELAGOS sanctuary - An exceptional mission to listen to the marine environment during containment.

As a result of the containment measures designed to fight the coronavirus epidemic, the world has been as if frozen. This exceptional situation has resulted in an unprecedented slowdown in maritime activities in the Mediterranean, which in normal times supports one of the densest traffic flows in the world: fishing, passenger transport, cruising and yachting have been greatly reduced or even banned, ports have reduced their activities or been closed, and trade routes have seen a drop in traffic.

In order to seize this historic opportunity to characterise the marine environment in a state of low noise pollution, Sphyrna Odyssey carried out the Quiet Sea mission between 23 April and 10 May 2020. This new mission, launched in record time, has benefited from the exceptional support of the Prince Albert II of Monaco Foundation, illustrating its permanent commitment, always open to innovation and the improvement of knowledge of the ocean in order to ensure its better preservation.

After 17 days of recording in an "acoustic environment" that took us back to a time when the seabed was not yet polluted by intense and multifaceted economic activity, we can make the following initial observations :

- Noise pollution due to human activity has led animals to flee coastal areas : the historical context of confinement has indeed allowed us to observe their return to areas usually disturbed by heavy maritime traffic :

When human activities return, the animals will again be driven out of these areas conducive to their development and will return to limited areas of relative calm.

- Noise pollution disturbs animal communication: The historical context of the containment allowed us to observe the abundance of life and communication in areas usually saturated with anthropogenic noise such as the Baie des Anges in Nice where we were able to record even shrimp signals. Fish communicate a lot, either by snapping their jaws and teeth, hitting their pectoral fins, or hitting their swim bladders. Noise pollution usually makes these sounds difficult to perceive, even with high-tech equipment, confirming its impact on the animals' communication. Video here: https://www.youtube.com/watch?v=FFqt6JQNoBs&t=1s

- Noise pollution disturbs hunting, social interaction and animal reproduction: the historical context of confinement has enabled us to record sperm whales, pilot whales and rorqual whales for many hours. This species of cetacean is particularly difficult to listen to because it emits very low frequency sounds covered by the noise of maritime traffic, and is therefore still very little known. These exceptional recordings will allow us to better understand the interactions between groups that have been able to take advantage of the ambient calm to communicate at greater distances, up to twice as much as in normal times, favouring, in addition to hunting by spotting prey, social bonding and reproduction.

- The reduction in maritime traffic correlatively reduces pollution: Biochemical measurements have been carried out to compare the sea state before and during containment, showing a reduction in pollution (in oil and organic matter), particularly near tourist sites. A pre-balance sheet shows a 50% reduction in dissolved oil pollution between Cassis and Monaco.

The numerous data collected during the Quiet Sea mission will be analyzed by artificial intelligence algorithms capable of isolating and cataloguing each recorded sound. This work led by Professor Hervé Glotin and his team (CNRS / University of Toulon) has the following objectives:

- To define a zero state of the acoustic environment of the marine environment representing the normal conditions of marine life before the industrial era. This will make it possible, in the future, to better manage marine spaces by adapting human activities to the functioning of these complex ecosystems.

- To identify the health of the sites by analysing the acoustic niches (frequency ranges) finely recorded in the recovered silence of this period of confinement.

- To reconstruct in 3D the trajectories of deep-sea diving cetaceans (sperm whales, minke whales, pilot whales, tursiops) that have been followed for several days in a row during their visit to the abyss, but also of hunters that live more at the surface, such as the rorqual whale.

- To analyse and correlate the environmental DNA samples taken in conjunction with the sound recordings in order to propose new wildlife monitoring protocols.

- Quantify anthropogenic factors (pollution) to better understand the exploration and evolution of cetaceans in their environment and the impact of acoustic radiation from ships (characterisation of their acoustic pollution).

Autonomous vessels for listening to cetaceans

The particularity of the Sphyrna-Odyssey missions, operated in the Mediterranean Sea since 2018, is the use of 2 autonomous surface vessels called SphyrnaALV (for Autonomous Laboratory Vessel) and a base ship hosting the scientific teams. Equipped with oceanic autonomy, the two autonomous vessels - the SphyrnaALV 55 with a length of 17 metres and the SphyrnaALV 70 with a length of 22 metres - are currently the largest civilian vessels of this type in the world.

Designed and developed by the Sea Proven start-up, headed by Fabien de Varenne and Antoine Thébaud, in Laval, Mayenne, they are propelled by an electric motor powered by solar, wind and water turbine energy.

With great stability and a large carrying capacity (over a ton), they are each equipped with very sensitive hydrophones placed under their hull for listening to cetaceans, drifting or at very low speed. Being very silent, they have the particularity of not disturbing the acoustic measurements carried out during the mission.

They are also equipped with many other sensors designed to collect a very complete field of data to better understand the impact of human activities on the oceans and the planet (ocean acidification, measurements of various pollutants, bio-chemical parameters, temperatures, etc.).

Sea Proven's long-term objective is to deploy several hundred ships of this type in order to be able to collect ocean data in large quantities in all the world's oceans.

The hydrophones placed under the SphyrnaALVs make it possible to listen to everything that moves underwater up to 2,000 metres deep and within a radius of 6 kilometres. They allow scientists to study marine animals with great precision without having to approach or disturb them, thus revolutionising this type of scientific mission. 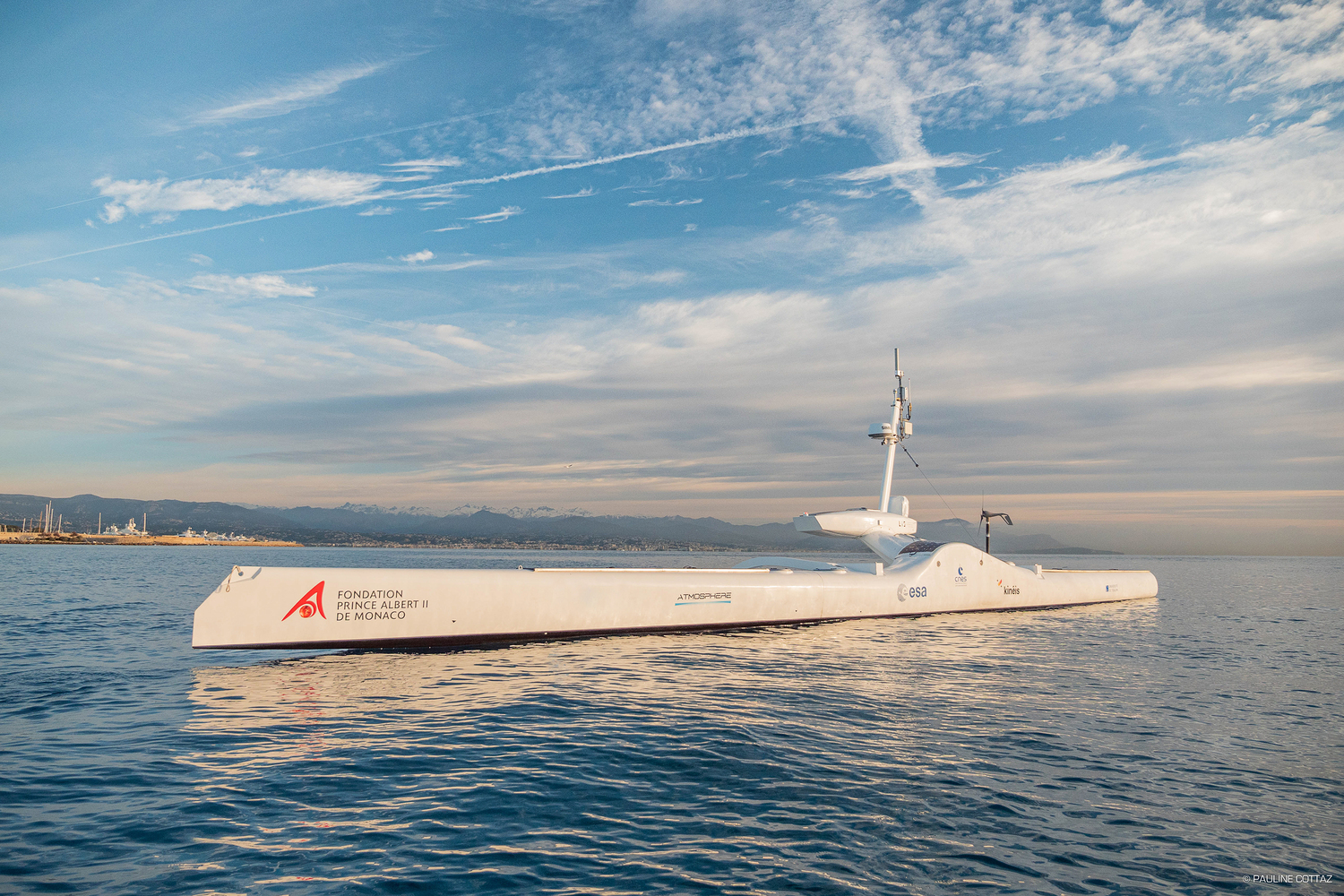 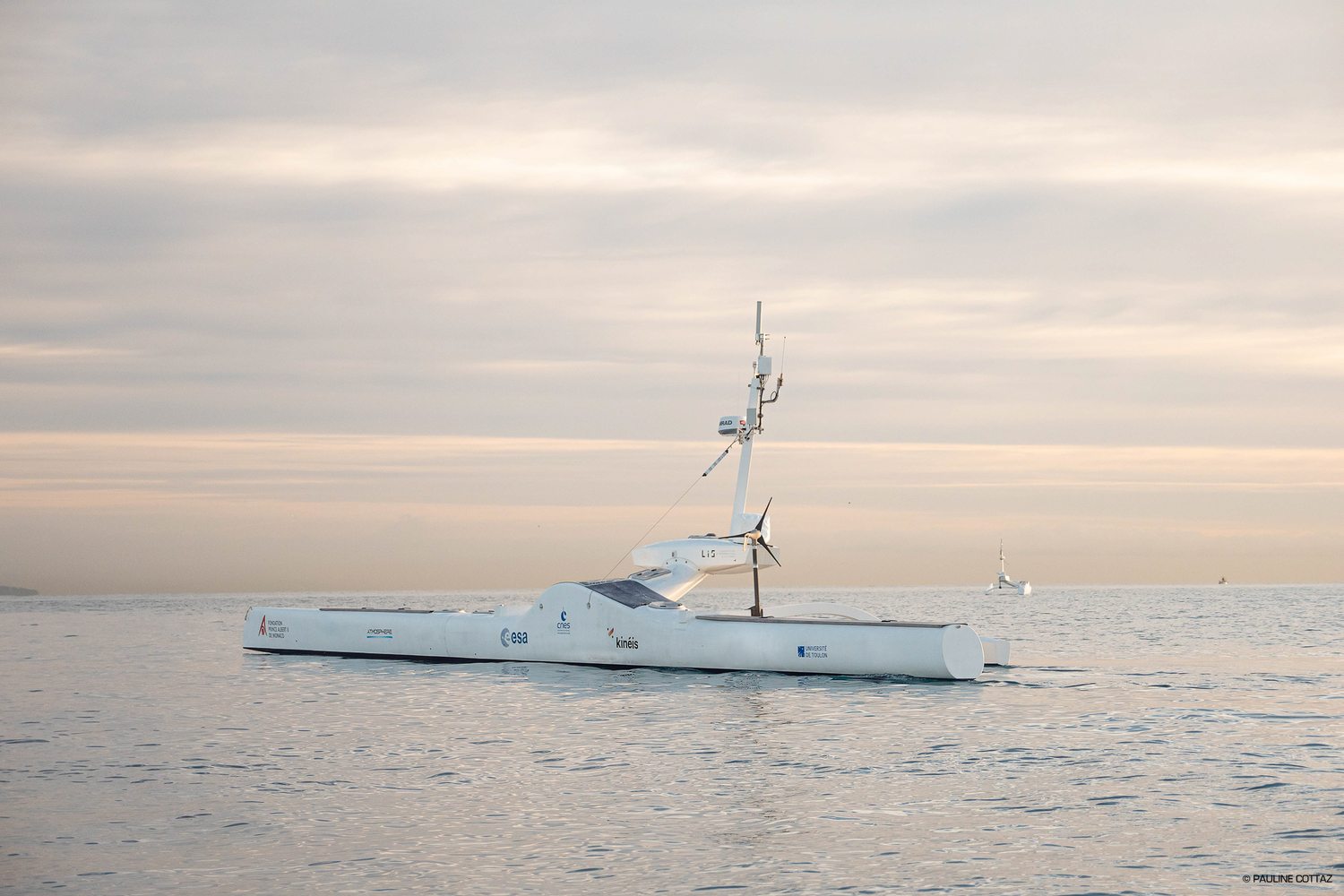