In Monaco presented first activity under the broader GUWAA Project

MONACO, 16 January 2013 –Global Underwater Awareness Association (GUWAA) today launched the S.P.E.E.D Unit initiative as part of the broader "GUWAA Project Clean waters for greener world”focused on reducing the amount and impact of land-based litter and solid waste in the lakes, rivers and seas as well as its ecological, economic, health, social and security impacts which irresponsible waste management can cause globally. The event was supported  by the  Prince Albert II of Monaco Foundation, Yacht Club de Monaco, Bernie Ecclestone, CEO of Formula One Management and Formula One Administration and Ms. Bianca Jagger,Founder and Chair of the Bianca Jagger Human Rights Foundation andPatron to GUWAA.

The Prince Albert II of Monaco Foundation, dedicated to the protection of the environment and the promotion of sustainable development on a global scale, supports GUWAA since its first event last September.

Through this event GUWAA officially launched the work of S.P.E.E.D Unit World's first ecological diving team(Special Protection of the Environment through Ecological Diving). Furthermore, the specific goal was to raise awareness and find additional supporters to this Project which focuses on ecology and preservation of our lakes, rivers and seas – World’s most precious and important life supporting element.

During his opening address,HSH Prince Albert II of Monaco highlighted that "The sea is far more than just one parameter among others. It is an essential element of life; it lies at the heart of our representations of the world and is at the root of all human development. (…) Your approach is similar to the principles on which I myself have chosen to base my action.  Naturally, this requires political intervention. However, it cannot be fully effective without the operational side of action such as that conducted by my Foundation, and which I am delighted has become today a supporter of the Global Underwater Awareness Association, for an event that I believe will be full of meaning and hope.”

Ms. Bianca Jagger, Founder and Chair of the Bianca Jagger Human Rights Foundation and Patron to GUWAA stressed “We cannot survive without the ocean and its marine environmental services. The oceans provide up to 17 percent of human protein consumption. They absorb CO2, filter and dilute pollution from water, their estuaries and wetlands provide flood control as well as breeding and feeding grounds for thousands of species.  Our fate, and that of the oceans, is interconnected. If we do not protect the sea, it can no longer sustain us. We must do everything in our power to protect our threatened oceans, the largest ecosystem on earth.”

François Sarano, Expert in Oceanographyjoined this initiative and stated that “The Ocean and Sealife are strong. The sooner we take action on marine conservation, sea life will resurect itself - now we MUST stop this destruction. GUWAA is creating a real passion - what's important is the will and collaboration to act both locally and globally. To continue, achieve and accelerate the original vision of Calypso in the 21st Century I have developed an environmental code for the diving community called - International Guideline for Responsible Diver (which is translated into 33 languages). We have developed an initiative which has the passion, will and determination to succeed - as we all - know water is life”

President of GUWAA, Mr. Kristijan Curavić,presented the Project“CLEAN WATERS FOR GREENER WORLD”as well as S.P.E.E.D. UNIT members and their future work. “Sea, Lake and River litter and waste is global problem with serious ecologocal, social, economic, health and security impacts. As with other complex environmental problems, no single solution is possible. Because of this complexity, addressing this problem requires collective and collaborative efforts of different stakeholders from government,  nongovernment sector to public and private support. With the launching of S.P.E.E.D.  Unit - World's first ecological diving team- which will protect and clean Seas, Lakes and Rivers, GUWAA will start with physical cleaning of waters in Mediterranean and raise awareness of ecological issues concerning waters. “ stated Mr Curavić.

Mr Pierre Frolla, Monegasque diver, added that “as an Ambassador of the Prince Albert II of Monaco Foundation, I have initiated the blue school for young people to learn how to dive, free dive, clean the beach and understand the values of water this incorporates my current documentary on free diving for children. I look forward to working with GUWAA with their World Clean Up Day in September and remember my motto - dive, check, clean and play! »

Main aim of the broader GUWAA Project “Clean waters for greener world” which should amount up to 1.500.000 EUR for the three years 2013 to 2015 is to secure clean European waters. Activities such as the physical cleaning of litter and waste, the mapping of polluted areas and the raising of awareness to protect our green planet for future generations. 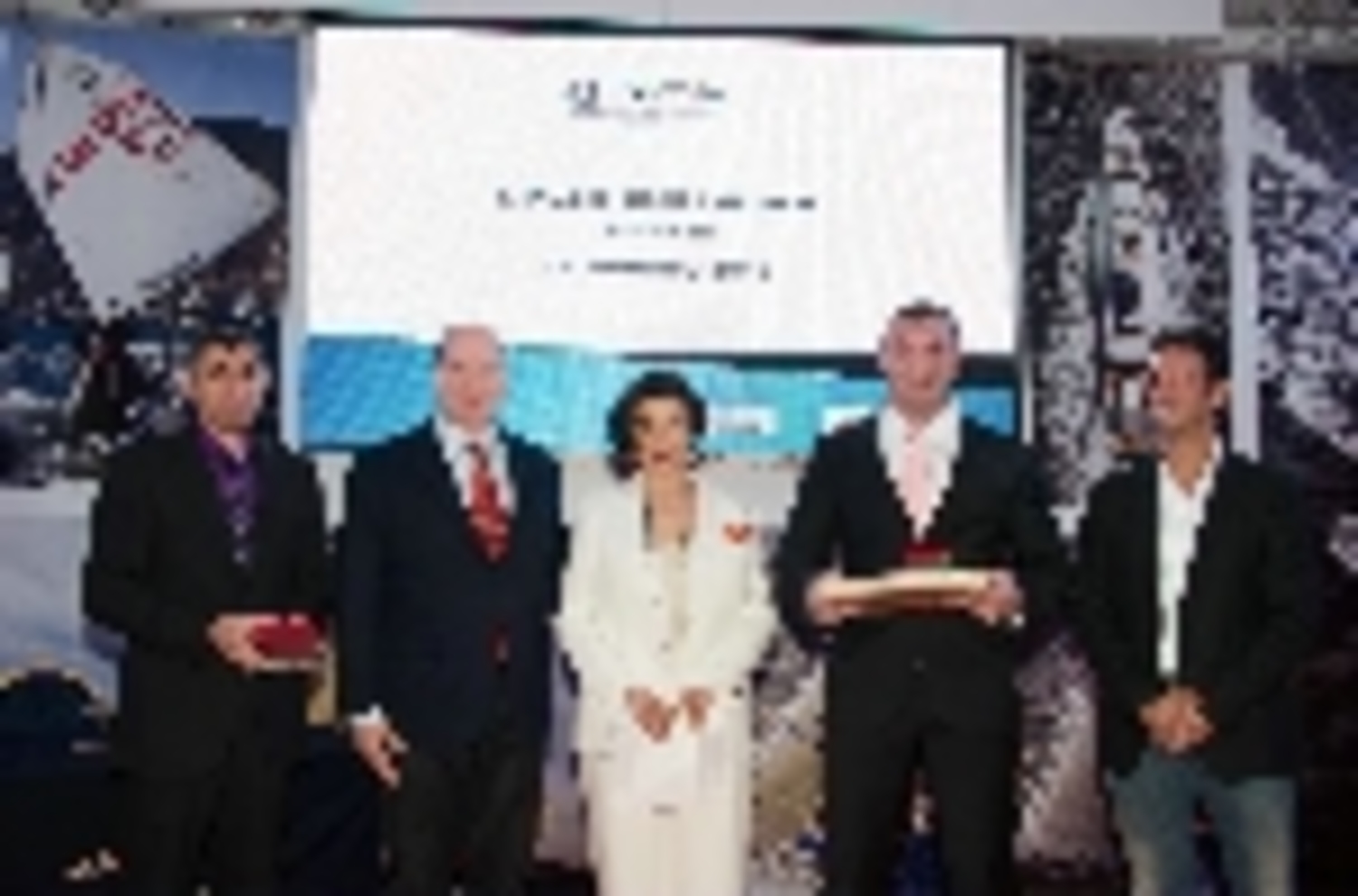