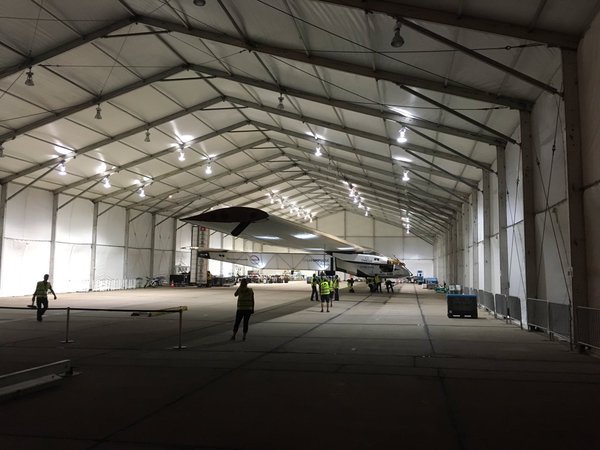 Mountain View, 2 May 2016 – Solar Impulse 2 (Si2) – the solar airplane of Swiss pioneers Bertrand Piccard and André Borschberg capable of flying day and night without fuel – took off from the Moffett Airfield this morning and is expected to land at Phoenix Goodyear Airport this evening. This flight marks the beginning of the crossing of the United States in the context of the attempt to achieve the first ever Round-The-World Solar Flight, the goal of which is to demonstrate how modern clean technologies can achieve the impossible.

After Bertrand Piccard’s three days and two nights flight from Hawaii, including an iconic moment captured over the Golden Gate Bridge in San Francisco, André Borschberg took off at the controls of Si2 from the Moffett Airfield on 2 May at 5:03am local time (UTC-7). He is heading towards Phoenix Goodyear Airport where he is expected to land on the same day around 9:00pm local time (UTC-7) after a 16 hour and 720 miles (1157km) flight depending on weather conditions – a journey that marks the beginning of the crossing of the United States.

From there on, the two Swiss pioneers will be relaying each other at the controls of Si2 with the objective to reach New York City as soon as possible. The team is examining a wide range of potential destinations in the mainland to leave a maximum flexibility for route planning. This adaptability is made possible by an inflatable mobile hangar, conceived and designed to shelter the aircraft anywhere with rapid deployment, and thanks to the support and openness of the various airports authorities Solar Impulse is dealing with.

“We will be heading off from the Silicon Valley, the cradle of innovation, technology and entrepreneurial spirit, a world of pioneers,” said André Borschberg, Co-founder and CEO. “We have had many discussions here to see how to best leverage all the technologies and know-how developed at Solar Impulse over the past ten years.”

“We are now continuing the adventure across the United States, with the ambition to show everyone along the way, that if an airplane can fly day and night without fuel, we could all use these same clean technologies on the ground to develop new industrial markets and stimulate economic growth, while also protecting the environment,” added Bertrand Piccard, Initiator and Chairman.

Thanks to Google’s Planetary Ventures and NASA’s Ames Research Center who made the use of the airfield available, Solar Impulse was able to run efficient and smooth operations and welcome Main and Official Partners, as well as other key stakeholders, during more than a week in the Silicon Valley.  After New York City, Si2 will continue its journey across the Atlantic before reaching Europe or North Africa and Abu Dhabi where the adventure started in March 2015. Together with their team and partners, Bertrand Piccard and André Borschberg are attempting the first Round-The-World Solar Flight with no fuel to show that the world can be run on clean technologies. 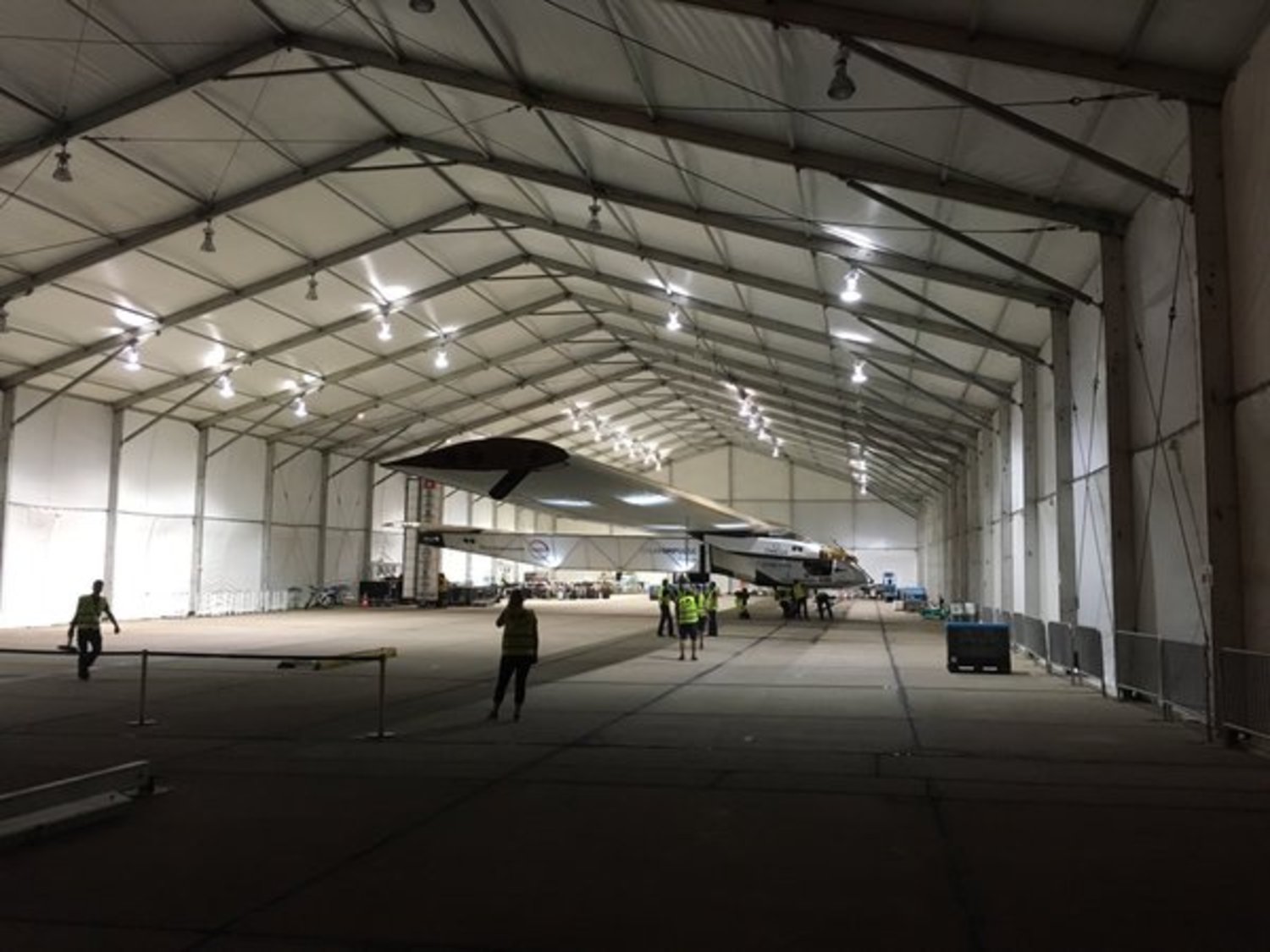