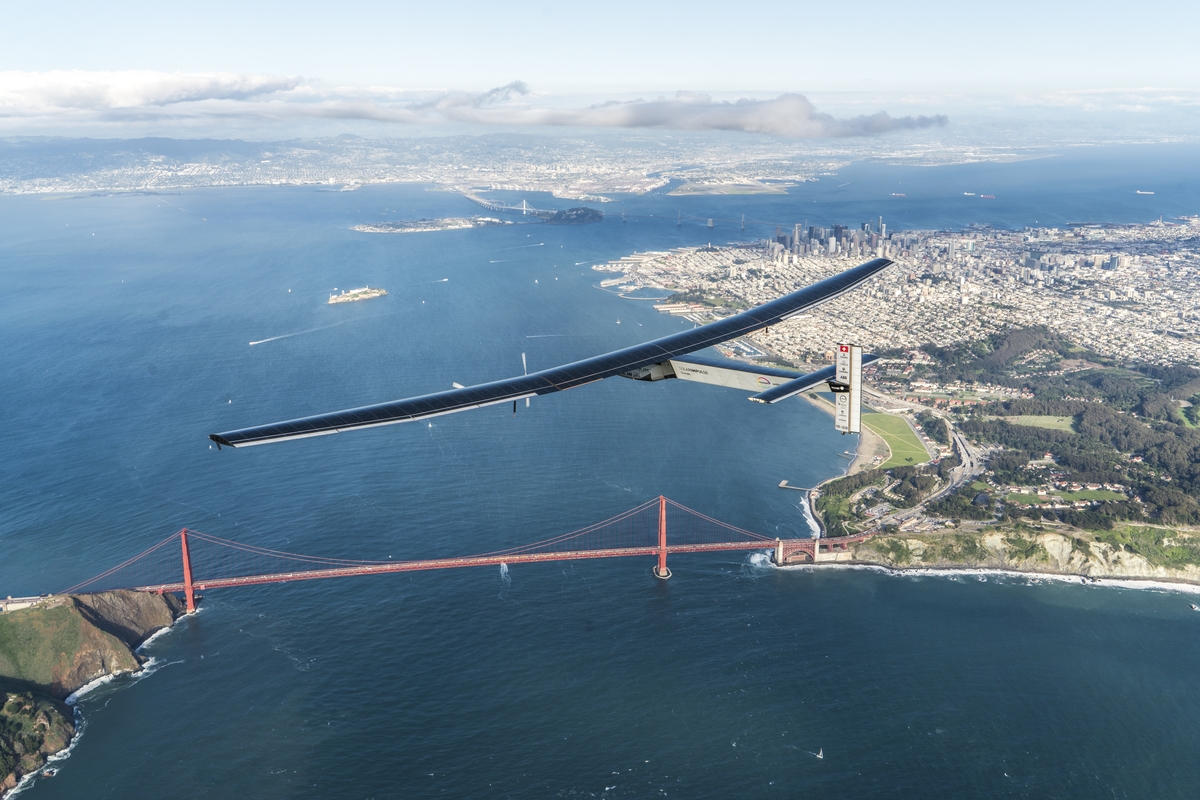 Mountain View, 24 April 2016 – Solar Impulse 2 (Si2) – the first solar airplane capable of flying day and night without using a drop of fuel – left Hawaii on 21 April at 6:15 am local time (UTC-10) and landed at the Moffett Airfield on 23 April at 11:44 pm local time (UTC-7), completing the crossing of the Pacific Ocean with several world records. By attempting the first solar flight around the world, pushing back the boundaries of the possible, and taking on a project deemed impossible by industry experts, Bertrand Piccard and André Borschberg want to support concrete actions for sustainability and show that the world can be run on clean technologies. At the controls of Si2, Bertrand Piccard touched down at the Moffett Airfield, home to NASA’s Ames Research Centre and to Google’s Planetary Ventures, after a flight of three days and two nights and 2’810 miles (4’523 km) arriving from Hawaii and completing the crossing of the Pacific Ocean, while breaking several world records (pending FAI approval). Those include distance, speed, duration and altitude in the electric airplane category and altitude (gain of height) in the solar airplane category. The first part of the Pacific was accomplished by André Borschberg in a world record flight of five days and five nights from Japan to Hawaii last July. A tandem achievement without a single drop of fuel.

Bertrand Piccard initiated Solar Impulse to attractively promote a pioneering and innovative spirit, particularly in the fields of renewable energy and clean technologies. On 22 April, on the occasion of Earth Day and the second consecutive day flying over the Pacific Ocean, Piccard spoke with UN Secretary-General Ban Ki-moon and 175 heads of states, directly from the cockpit of Si2, during a video conference with the United Nations in New York for the signature of the Paris Agreement on Climate Change: a symbolic milestone for the solar airplane in the air, the launch of a clean revolution on the ground, and a strong message sent to the world. “Solar Impulse showcases that today exploration is no longer about conquering new territories, because even the moon has already been conquered, but about exploring new ways to have a better quality of life on earth,” said Piccard, Initiator and Chairman of the project. “It is more than an airplane: it is a concentration of clean technologies, a genuine flying laboratory, and illustrates that solutions exist today to meet the major challenges facing our society.”

“Solar Impulse is a demonstration of energy efficiency and smart energy management, similar to a flying grid. Just imagine your energy reserves increasing during flight and available day after day! This is what we may be doing in our communities, our cities and our countries. To have a decentralized renewable energy production, using solar, thermal, wind. To use efficient ways to store and manage energy, because the times at which we need it is not necessarily the times at which we produce it,” added André Borschberg, CEO and Co-founder.

The flight from Hawaii to California was the ninth leg of the Round-The-World Solar Flight that will continue onward to New York, Europe or North Africa and Abu Dhabi in the United Arab Emirates where the adventure started in March 2015. By flying around the world with Si2, propelled solely by the energy of the sun, Bertrand Piccard and André Borschberg are making history with clean technologies. Their adventure proves that change is possible and that there is reason to hope for a sustainable world. Solar Impulse’s energy efficient solutions can already be used, not only in the air, but also on the ground, and have the potential to change lives, societies and future markets in an unprecedented way 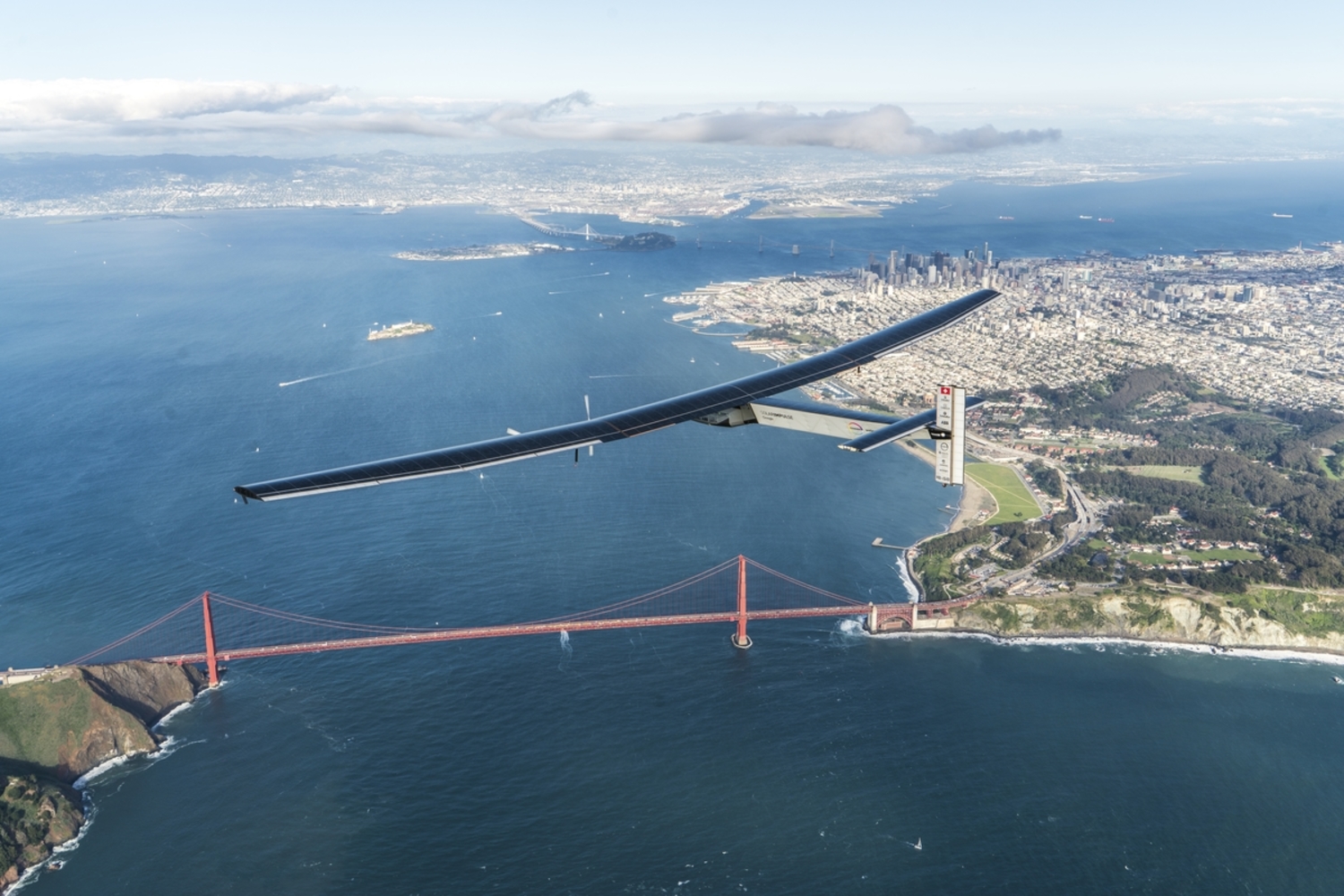 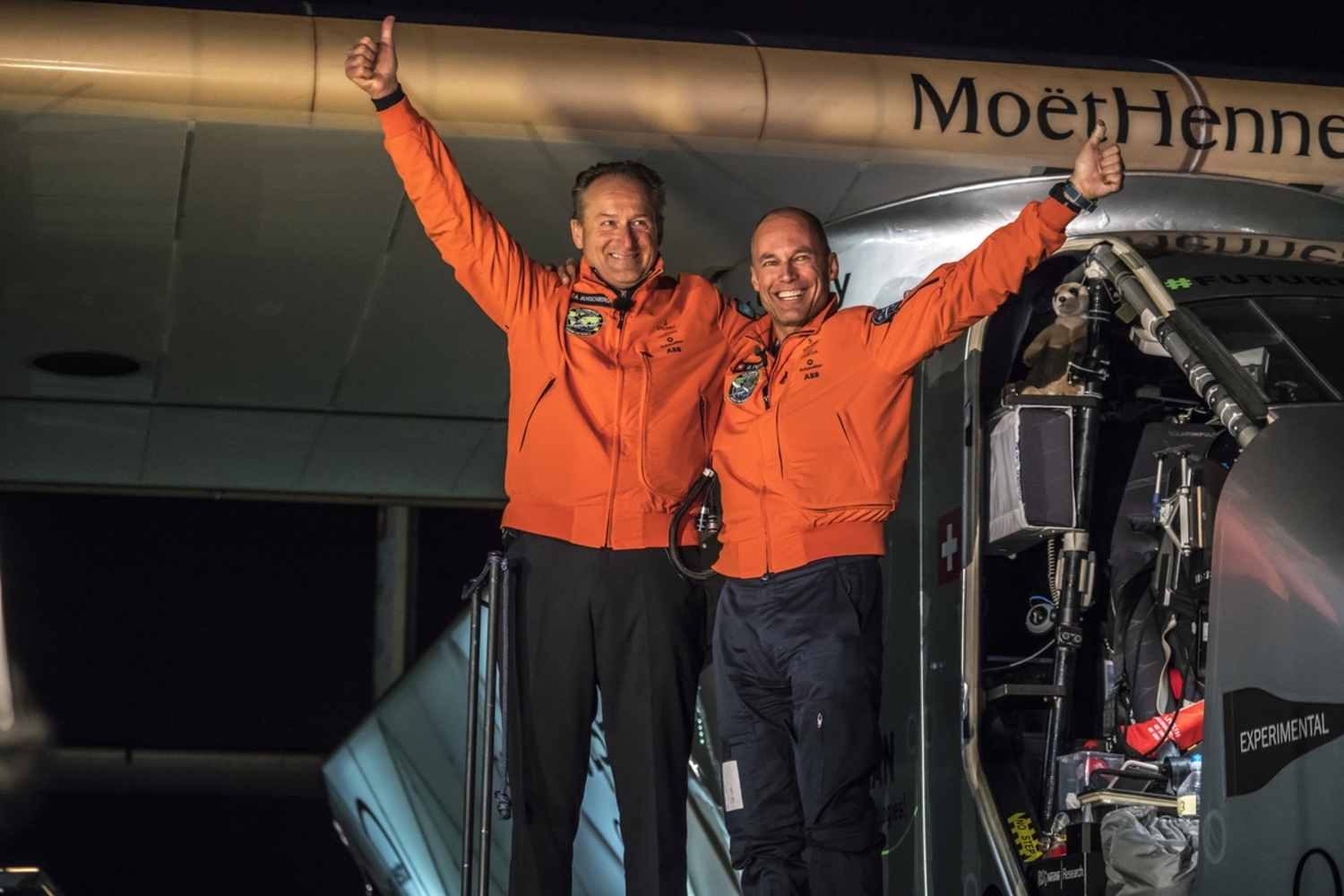