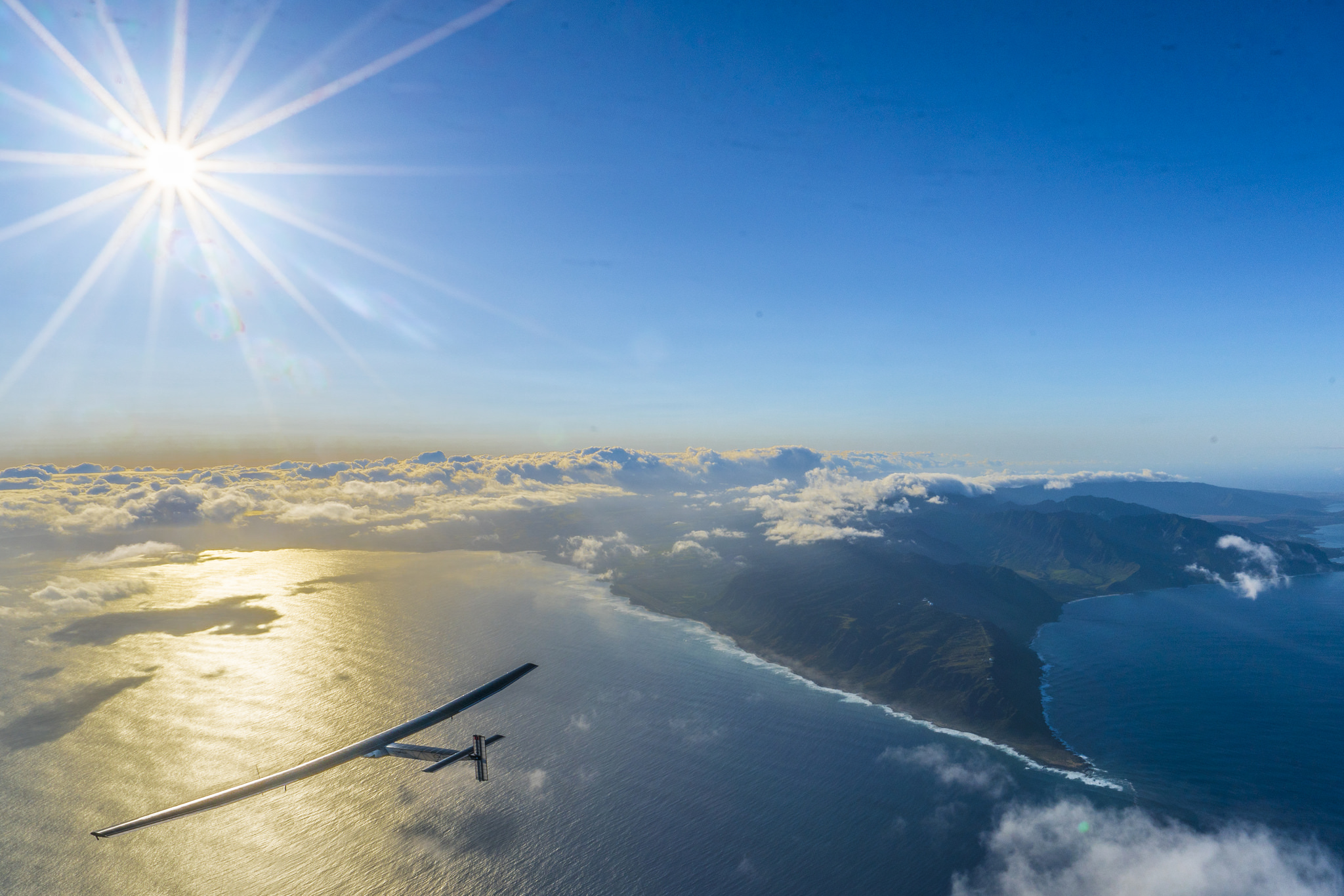 HAWAII, Kalaeloa, 21 April 2016 – In silence, without using a drop of fuel, but with much wonder in the eyes of hundreds of enchanted supporters, Solar Impulse 2 (Si2) took off early this morning at 5am Hawaii time (UTC-10) to complete the crossing of the Pacific. Si2, the solar airplane of Bertrand Piccard and André Borschberg, capable of flying day and night powered only by the energy of the sun, will be airborne during Earth Day – a powerful symbol, and is expected to land at the Moffett Airfield in Mountain View, California, on 23 April. The flight, that should take three days depending on weather conditions, will be another challenging leg of the Round-The-World Solar Flight.

Bertrand Piccard took off this morning from Hawaii to North America – a journey similar to the one of American aviator Amelia Earhart, who set off from Honolulu for the first solo flight to California. Despite the many parallels between these flights, one significant difference remains: while Earhart’s airplane took off carrying more than 500 gallons of gasoline, Si2 flies with no fuel. Across the main wing, fuselage and horizontal stabilizer, 17’248 solar cells power the four lithium batteries, which in turn power the four motors and propellers, allowing Si2 to fly through the night towards the next dawn.

“During my round the world balloon flight in 1999, the seven days I spent over the Pacific were the most nerve-wrecking and thrilling,” said Bertrand Piccard, Initiator and Chairman of Solar Impulse, currently at the controls of the solar airplane. “With Solar Impulse the flight should last for three days, but this time I am alone in the cockpit, so the intensity is no less important. Every morning you have the suspense of knowing how much energy is left in your batteries. Then, with the sunrise comes the virtuous circle of perpetual flight.”

After his record breaking non-stop balloon flight around the world, Bertrand Piccard, a medical doctor and explorer at heart, decided that the next time he would circumnavigate the globe it would be with no fuel. He teamed up with André Borschberg, an innovation savvy entrepreneur and expert aviator. It was Borschberg who in July 2015, landed Si2 in Hawaii after a record breaking flight of five days and nights and around 8’900km  from  Japan. With the completion of the Pacific crossing by Bertrand Piccard, Si2 will not only be marking a first in the history of aviation, but also in the history of renewable energy.

“Last year we demonstrated that Solar Impulse is capable of flying five days and five nights non-stop: the airplane, the technologies, the human being,” commented André Borschberg, CEO and Pilot of Solar Impulse. “Now what we want to do is continue our flight around the world and demonstrate that these technologies can be used, not only in an airplane, but on the ground. That is why Bertrand initiated the project and I am moved that he will be experiencing full day and night cycles without any fuel.”

Both men take turns piloting Si2 around the world, but have different respective roles within the project – while Piccard outlines the project’s vision, philosophy and political reach and brings together the partners to fund this adventure, Borschberg pulled together the team that designed and constructed Si2 and drives the airplane’s technological innovations into new engineering solutions. Together the two Swiss pioneers are attempting the first Round-The-World Solar Flight with no fuel, to support concrete actions for sustainability and demonstrate that the world can be run on clean technologies. 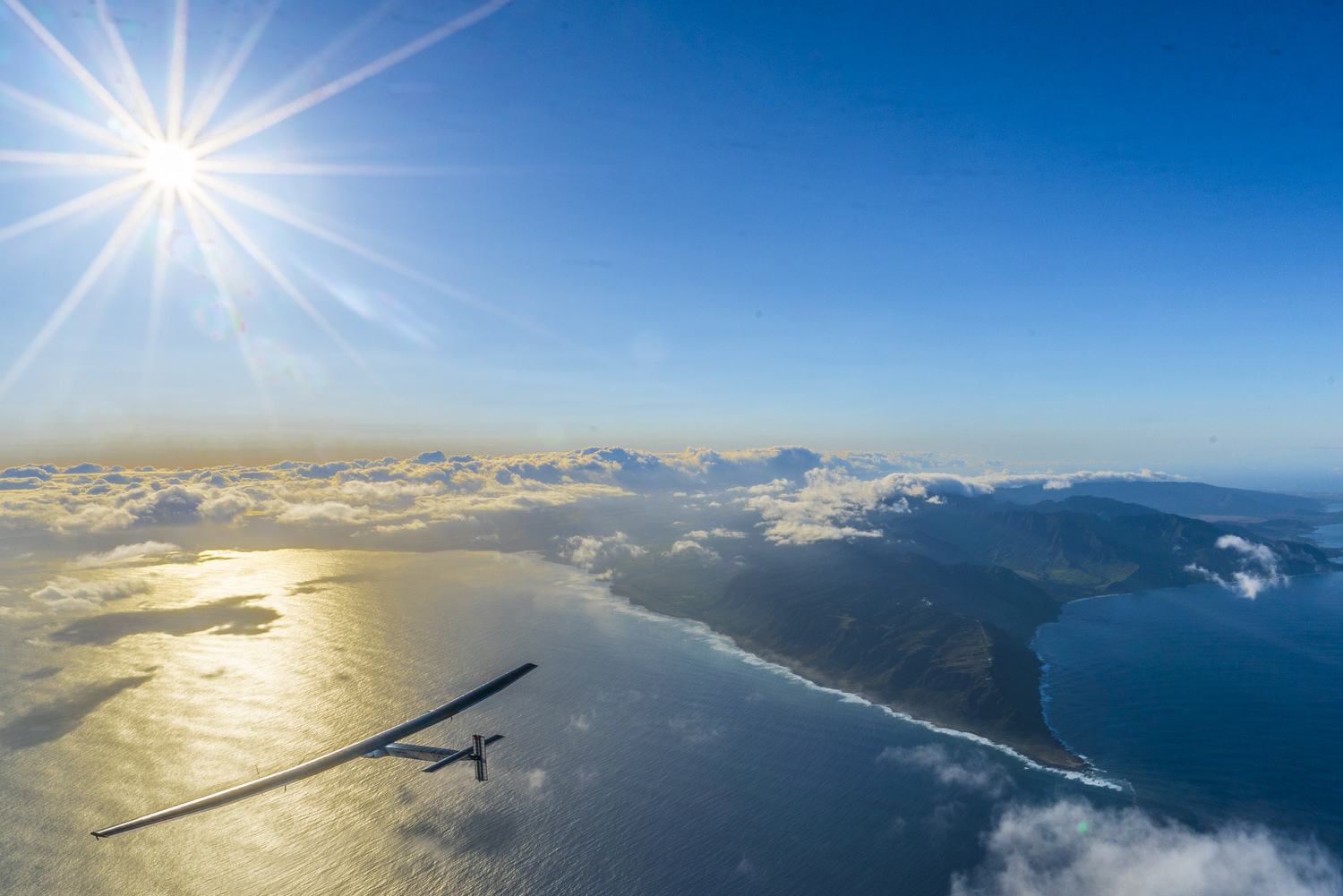 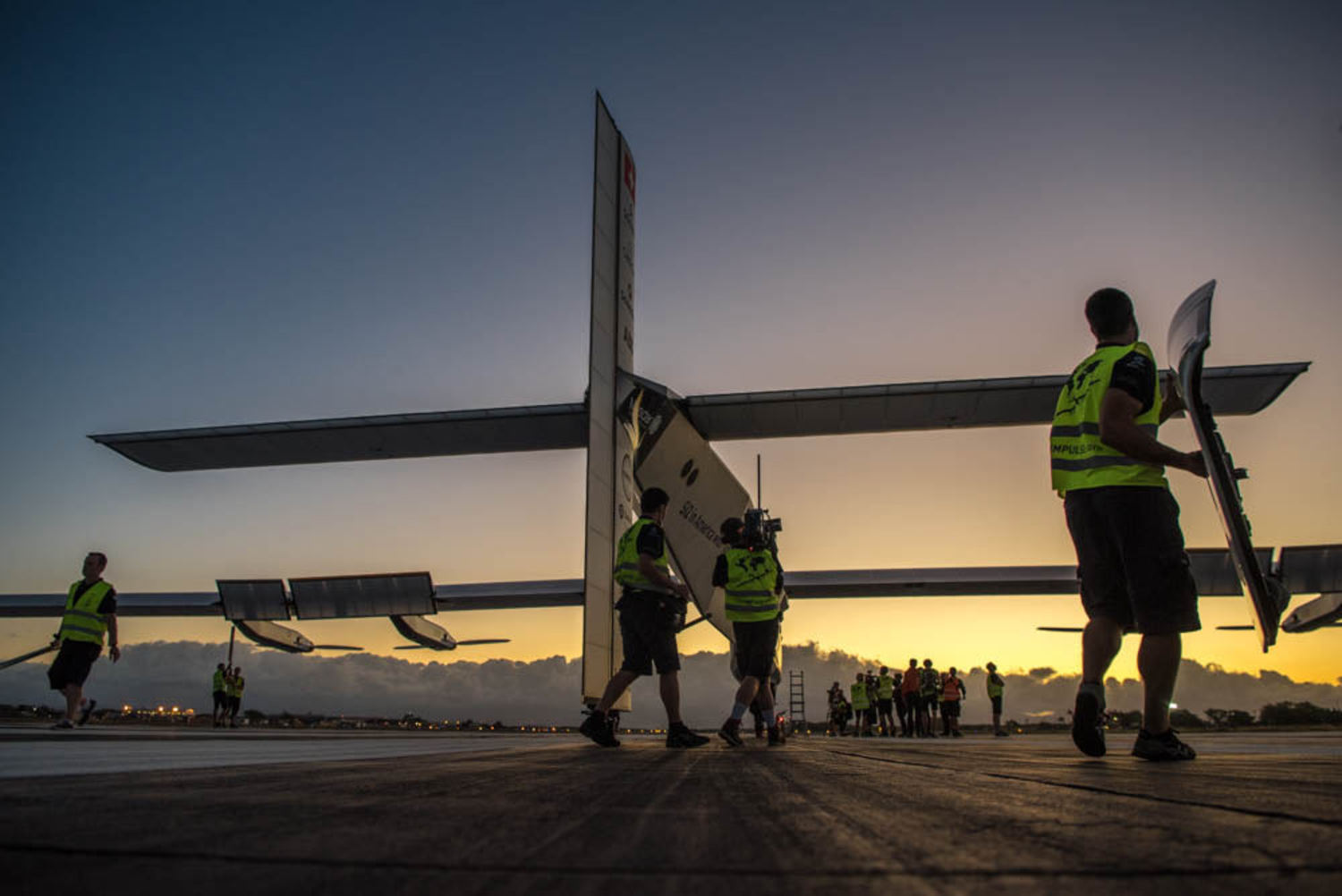 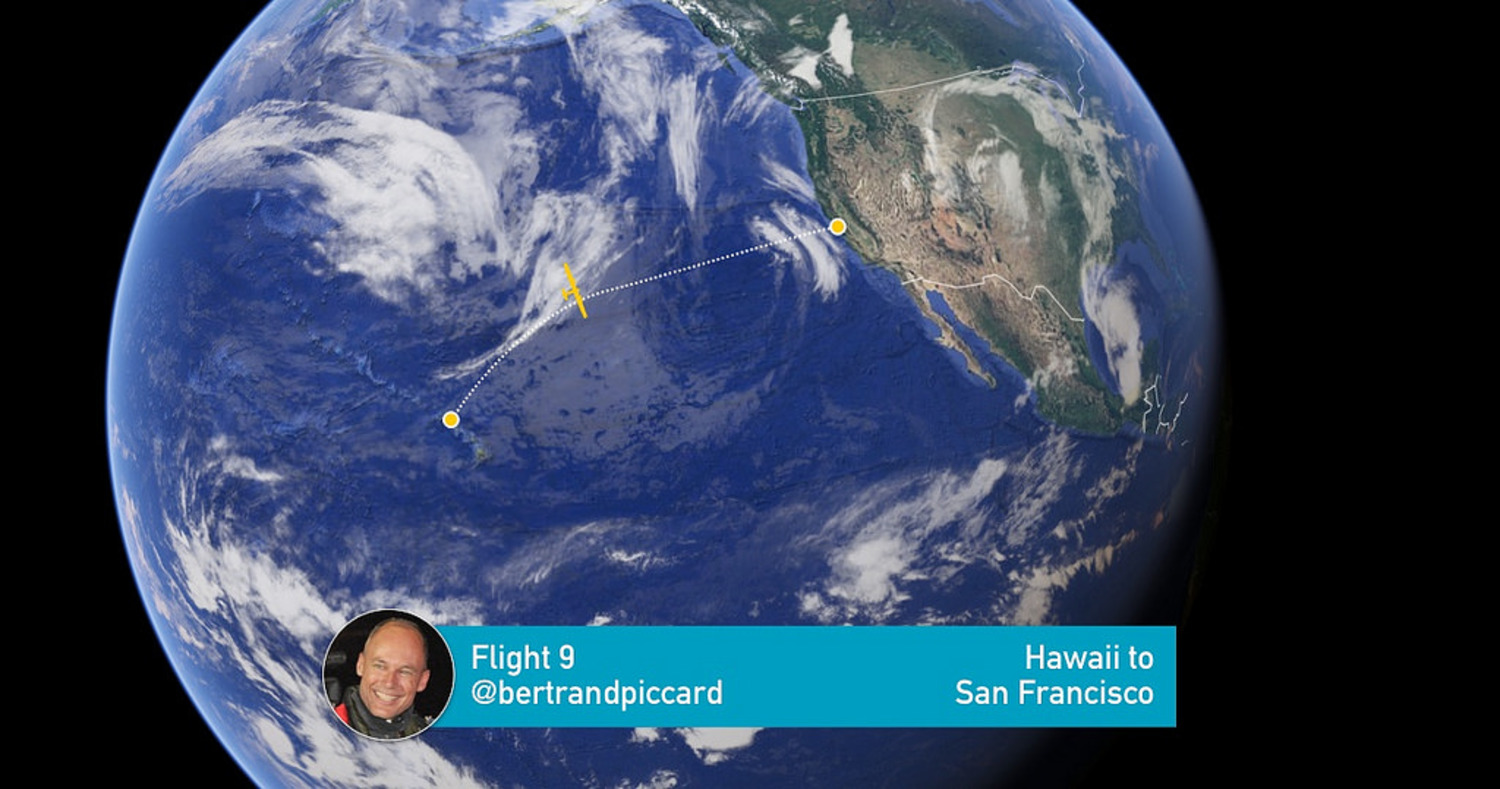