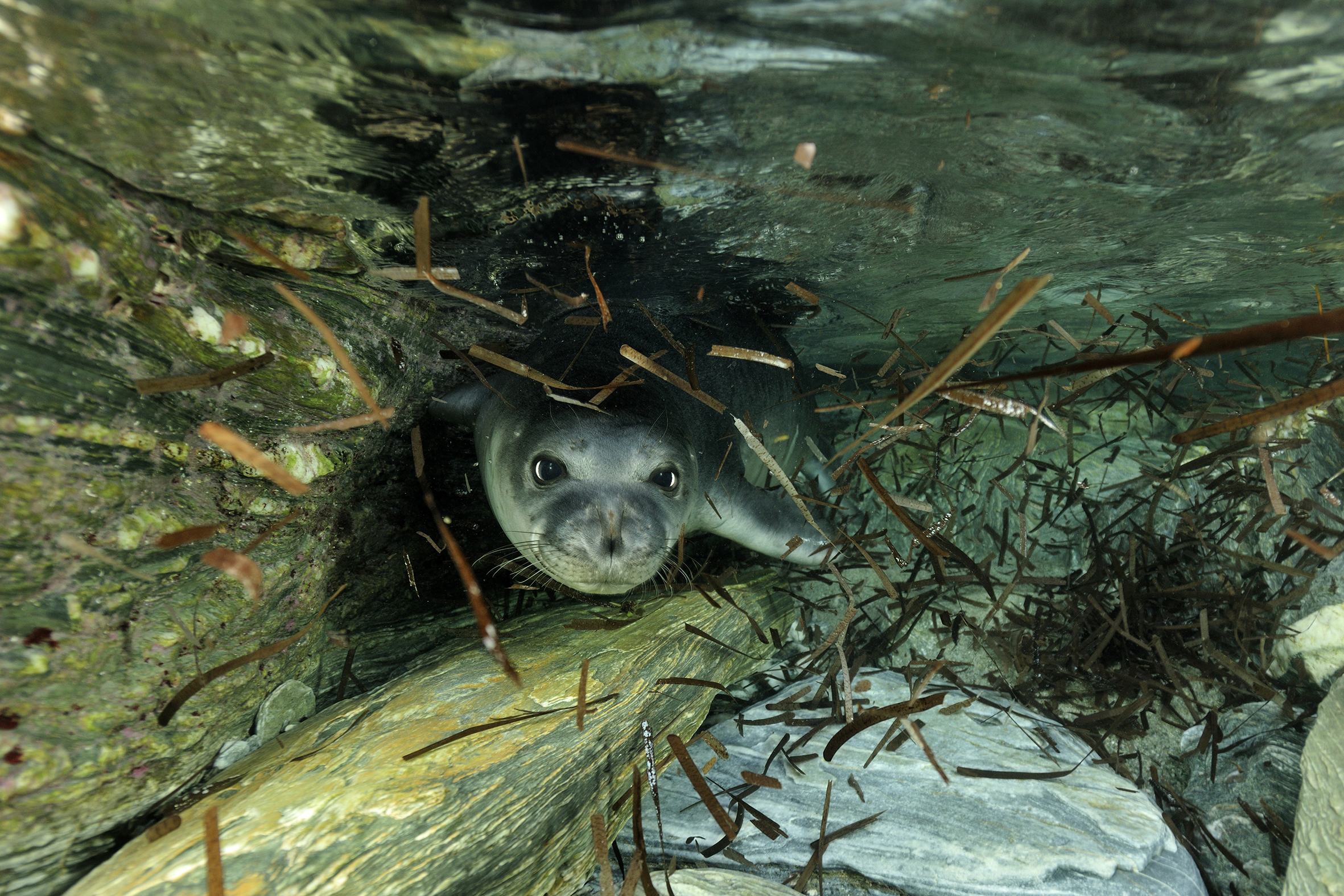 Stepping up concerted action to protect the Mediterranean monk seal

Despite encouraging signs of recovery in recent years, the Mediterranean Monk Seal remains one of the most endangered marine mammals in the world. Five foundations are joining forces through the Monk Seal Alliance to help advance concrete and collaborative conservation action.

The Mediterranean monk seal (Monachus monachus) prefers slightly warmer waters than most other seal species and was once abundant in the entire Mediterranean Sea and parts of the adjacent Atlantic. Decades of hunting and deliberate killings by fishermen, accidental entangling in fishing nets, disease and habitat destruction pushing the animals from open beaches to caves, has since taken a heavy toll on populations. Twenty years ago, the situation looked extremely bleak with population numbers down to 400-500, and the species was listed as ‘Criticially Endangered’ on the IUCN (International Union for the Conservation of Nature) Red List.

Strong regional and national action to save the species by creating marine protected areas, working with fishing communities and raising awareness among various stakeholders have lessened the pressure and the species has since been moved down the IUCN Red List to ‘Endangered’ classification. While it is too early to talk about a ‘success story’, the considerable efforts to protect the species and its habitats have paid off, and the current population is estimated to around 800 individuals in a few key sites in the Mediterranean (mostly around Greece, Turkey and Cyprus), as well as Madeira and Cap Blanc in the Atlantic. Continued and enforced conservation action is crucial to maintain this positive trajectory and make sure that the species will be able to thrive in the future.

The Monk Seal Alliance (MSA) was launched in 2019 by its founding Member organizations: the Prince Albert II of Monaco Foundation, the MAVA Foundation, the Segré Foundation, the Sancta Devota Foundation and the Thalassa Foundation, to leverage existing actions and step up concrete monk seal conservation efforts. The Alliance recently defined its near-time funding strategy (2020-2024), which is aligned with the Regional Strategies and Action Plans for the protection of the Mediterranean Monk Seal under the Barcelona Convention and the Convention on the Conservation of Migratory Species of Wild Animals, as well as existing National Action Plans for the conservation of the species. It will also contribute to the objectives of wider frameworks such as  the European Habitats Directive, and the Convention on Biological Diversity.

As part of this strategy, the MSA has launched two calls for collaborative projects, one focusing on tangible conservation activities in areas where the largest populations are found, such as limiting negative interactions with fishermen, ending harmful impacts of tourism and enforcing or creating marine protected areas. The second call focuses on promoting international collaboration and capacity building on monk seal observation, research, and awareness raising, including in sites where there have been recent sightings. Projects are expected to start in spring 2021.

“We hope that our joint commitment will not only increase the scope and reach of our respective actions, but also inspire increased collaboration among the various actors who are working hard every day in the field to save the Mediterranean monk seal”, said Auriane Pertuisot, Marine Project Manager of the Prince Albert II of Monaco Foundation, which is coordinating the Alliance. To Paule Gros, Director of the Mediterranean Programme of the MAVA Foundation, “Collaboration, both among funders and between actors in the field, is key. We all have one common goal – making sure that this iconic species will be able to thrive again.”

The founding members hope that the Alliance will grow over the next few years to include other philantropic organizations, foundations or NGOs with an interest in the species.

There is still a long way to go to save the Mediterranean monk seal. But with concerted, targeted, and practical action, the success story is within reach.

About the Monk Seal Alliance

The Monk Seal Alliance (MSA) was created in 2019 by its founding Member organizations: the Prince Albert II of Monaco Foundation, the MAVA Foundation, the Segré Foundation, the Sancta Devota Foundation and the Thalassa Foundation. The MSA intends to bring together foundations and other donor organizations to leverage the scope and impact of field activities carried out to deliver on Mediterranean monk seal conservation and enable concerted, long-term and region-wide implementation of actions.

The aim of the MSA is to support effective conservation of the Mediterranean monk seal by: