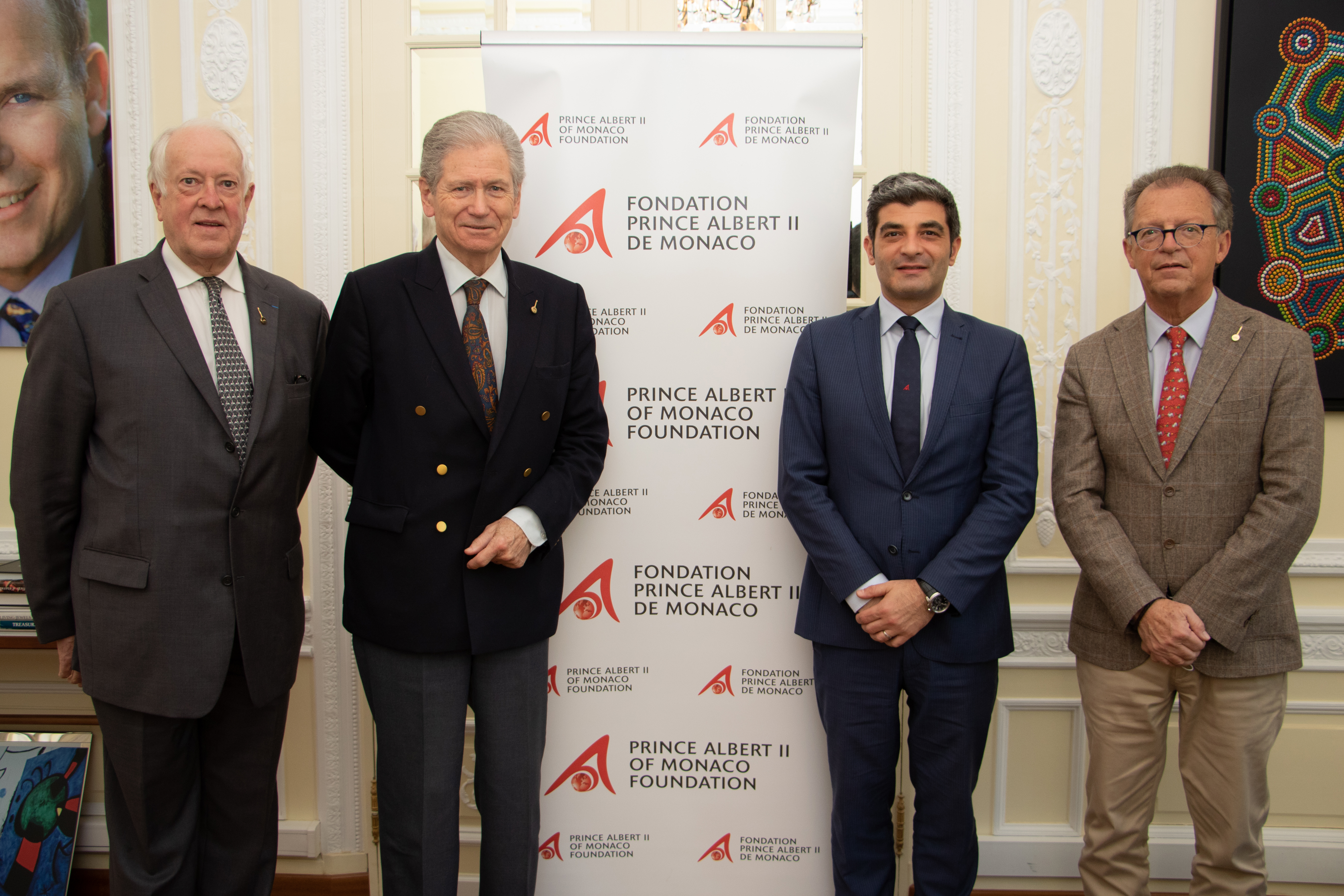 A few days before the festive season, Michel Escoffier, President of the Auguste Escoffier Foundation, Christian Heuline, Secretary General of the Disciples Escoffier International and of the Foundation, Jean Pierre Hall, Treasurer of the Foundation, and Richard Duvauchelle, Curator of the Musée Escoffier de l'Art Culinaire, met with Mr Olivier Wenden, Vice-President and Managing Director of the Prince Albert II of Monaco Foundation. This was an opportunity to discuss the activities carried out by the two institutions and to officially hand over a donation of 11,205 euros from the raffle organised for the Prince Albert II of Monaco Foundation, as part of the Epicurean Dinner held on 28 October in the presence of the Sovereign Prince.