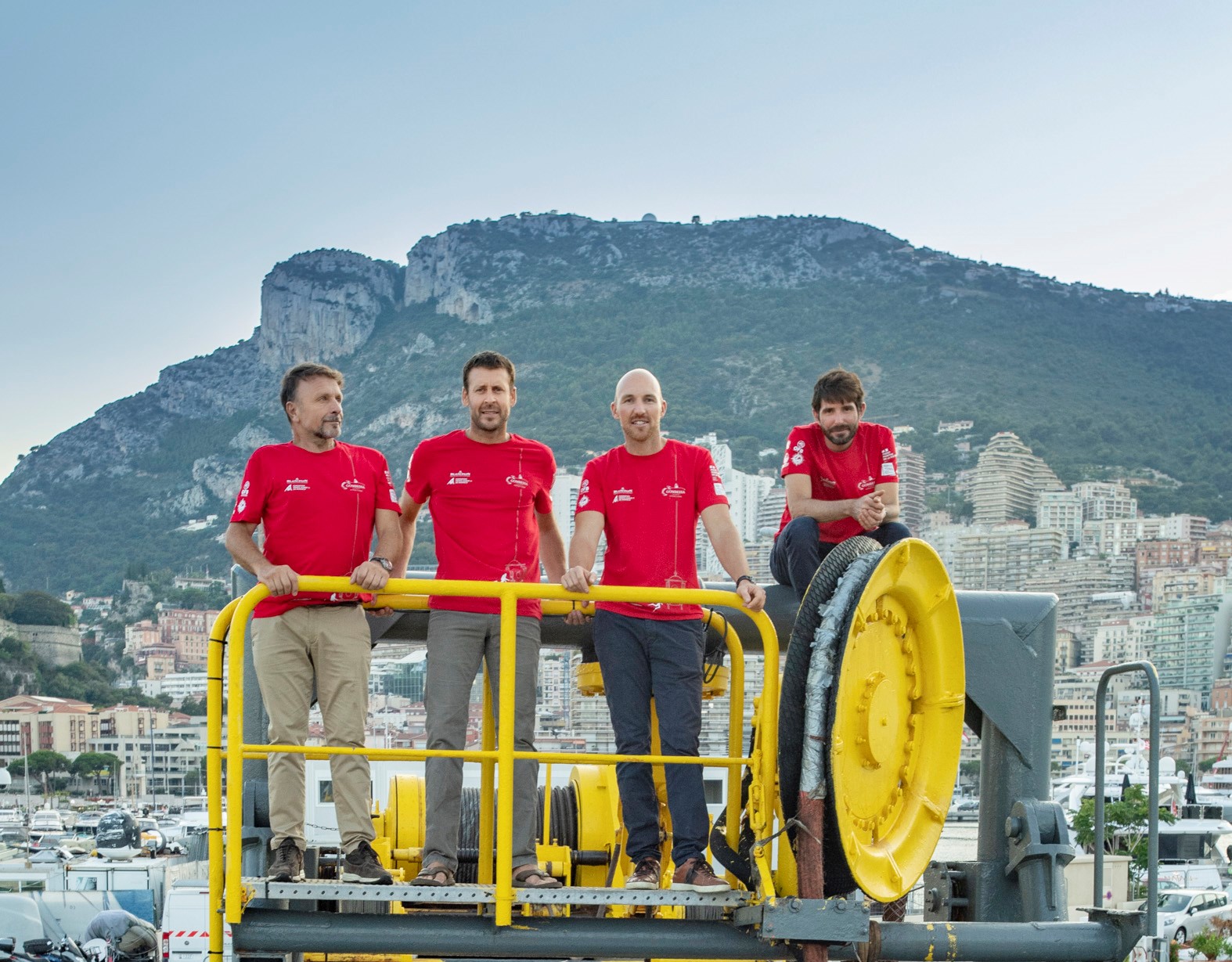 The end for the Expedition Gombessa 6 “Cape Corsica Mission”

“Still so many things to discover”

Tuesday, July 20, after 20 days exploring the seabed northeast of Cape Corsica, Laurent Ballesta and his three aquanaut teammates emerged from their 5m² Bathyal Station. Many studies have been carried out at a 120m depth and could allow to solve the coral rings mystery.

This Tuesday, Laurent Ballesta, underwater expedition leader, biologist and photographer, along with three other aquanauts, Antonin Guilbert, Thibault Rauby, and Roberto Rinaldi, were reunited with their families and the team from Gombessa 6 mission, in the port of Monaco. Since July 1, the four men had been trying to unravel the mystery of strange coral rings located at a depth of 120 meters, northeast of Cape Corsica. These rings, with a circumference sometimes close to 30 meters, were discovered 10 years ago by the IFREMER and the University of Corté, in a 4 km² area, in the Natural Marine Park of Cape Corsica and Agriate. They had never been approached by man until now.

“The mission is coming to an end with, as with all expeditions, its share of things we are proud of but also of frustration, confides Laurent Ballesta. We have approached new horizons that we had not imagined and that gives us the desire to go further. But the objectives have been achieved and it is wonderful. Scientifically, the priority was the enigma of these rings. We succeeded in carrying out coring, sometimes at more than one meter, to pierce the rock in the heart of these rings.

The outcomes were far from being certain because we did not have the opportunity to test these maneuvers beforehand. This was possible thanks to a collaboration with the Sephismer, the French Navy's human diving unit. We found that the cores were colonized by gorgonians of a kind that is usually seen in other environments. Callogorgia for example, are usually found in much deeper water. We also found in the gorgonian sea fans a lot of associated fauna that lives in the middle of the branches. There is also porcelain, these small pearly shells that we thought were reserved for tropical reefs. We hope that the results of our research will allow us to understand the origin of the rings, their functioning, their age, etc. And there are still so many things to discover.”

Beyond the satisfaction of meeting the scientific objectives, the team has lived other joys.

“We found a small nudibranch sea slug that we had already seen during a previous dive and that turns out to be a new species. We are going to have the privilege to give it a name and it is a great pride. It will certainly be my daughter's name...”

In the last days of the expedition, another encounter particularly moved the team. “We first came across a line of underwater caves that deserve further exploration, continues the expedition leader. And on our last dive, at the entrance of one of these caves, we had an incredible chance to find a dogtooth grouper, an extremely rare species that I had only seen in old books.

It was a bit like a message: 'come back and see us, we still have a lot of surprises for you'.

Carried out with the support of the Prince Albert II of Monaco Foundation and the Explorations of Monaco, the Cap Corse Gombessa 6 mission obviously does not stop at the exit of the Bathyal Station. The aim is always to raise awareness of environmental protection. From September, the first results should begin to give some answers to the many questions raised by these rings. 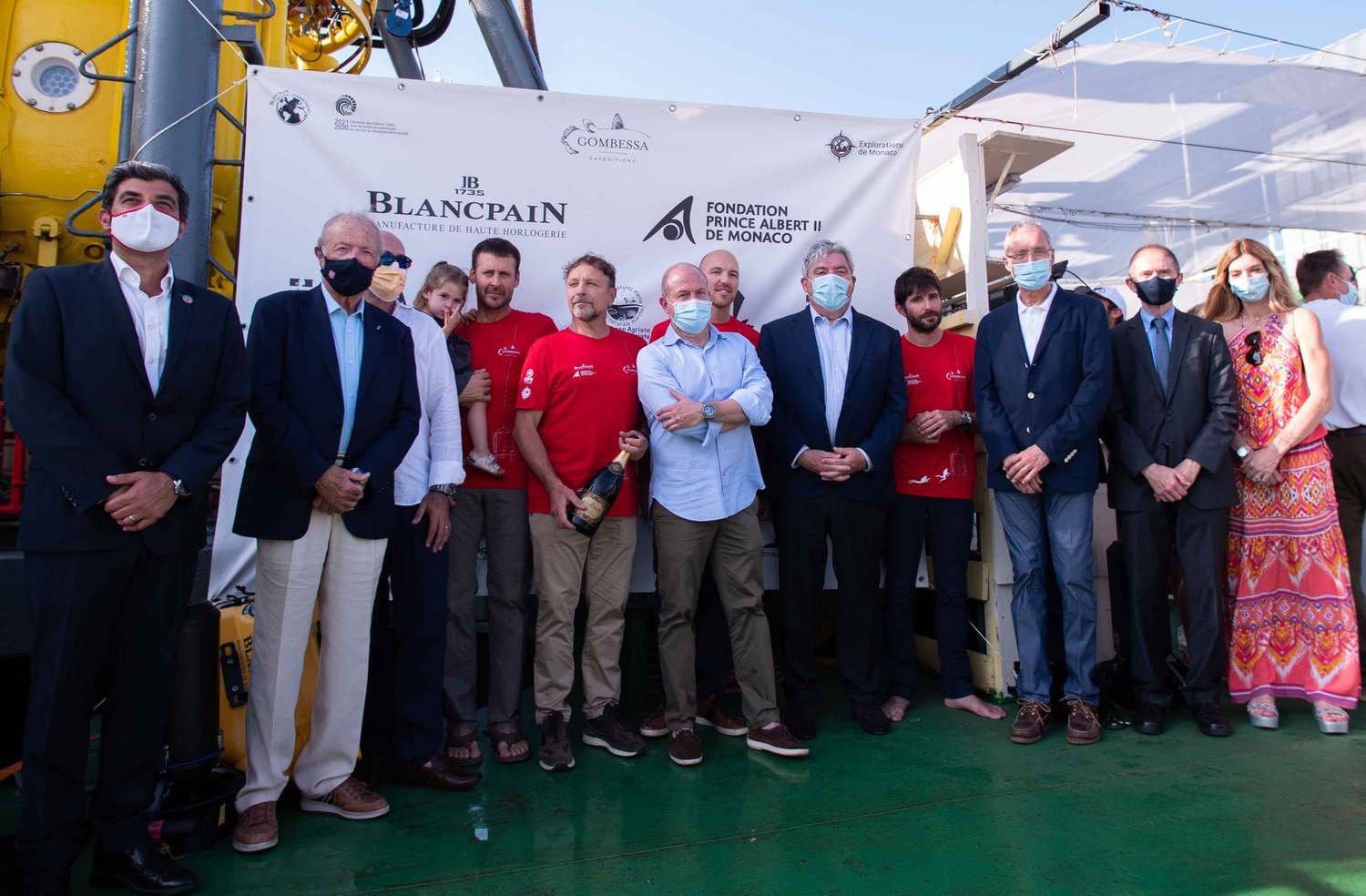 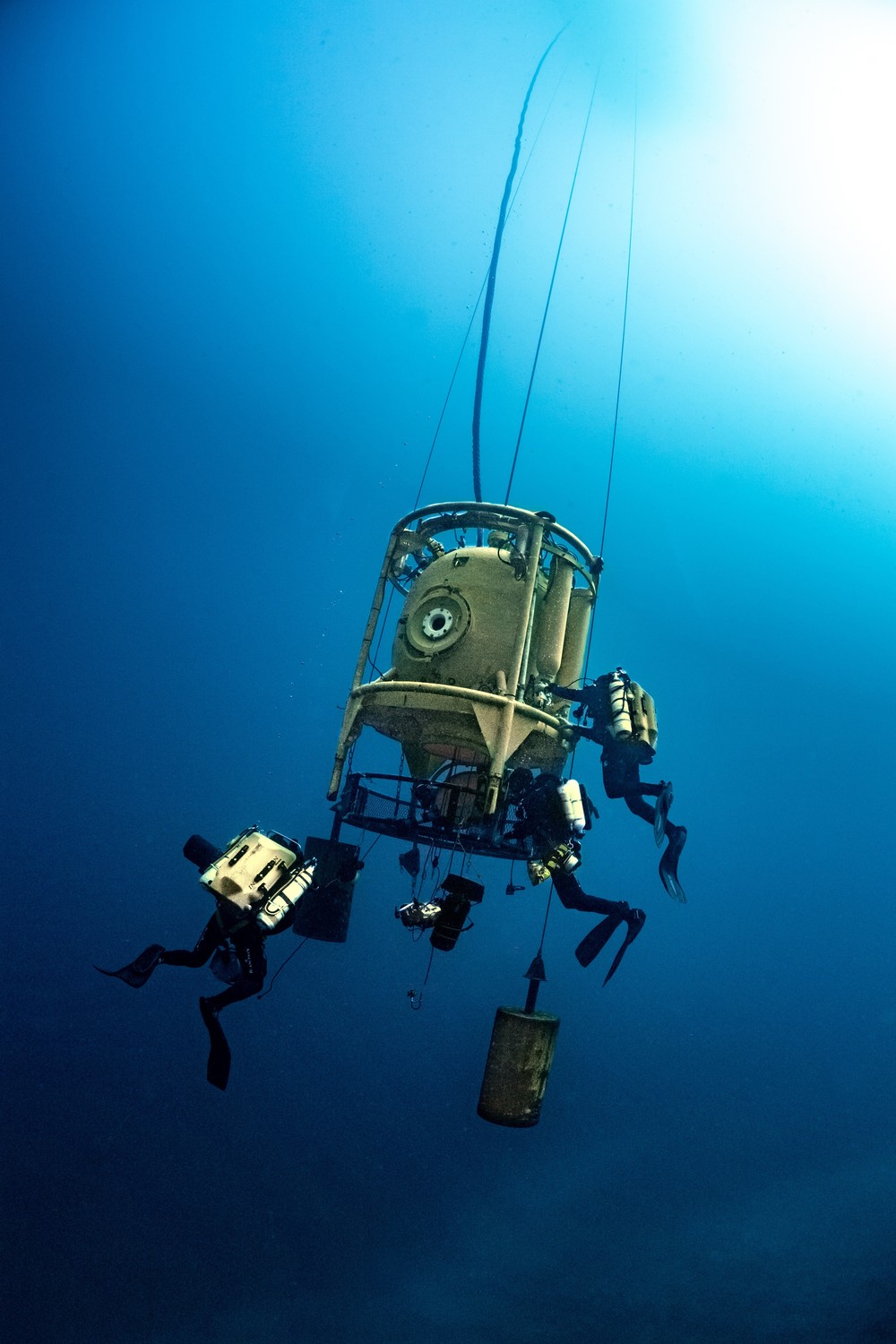 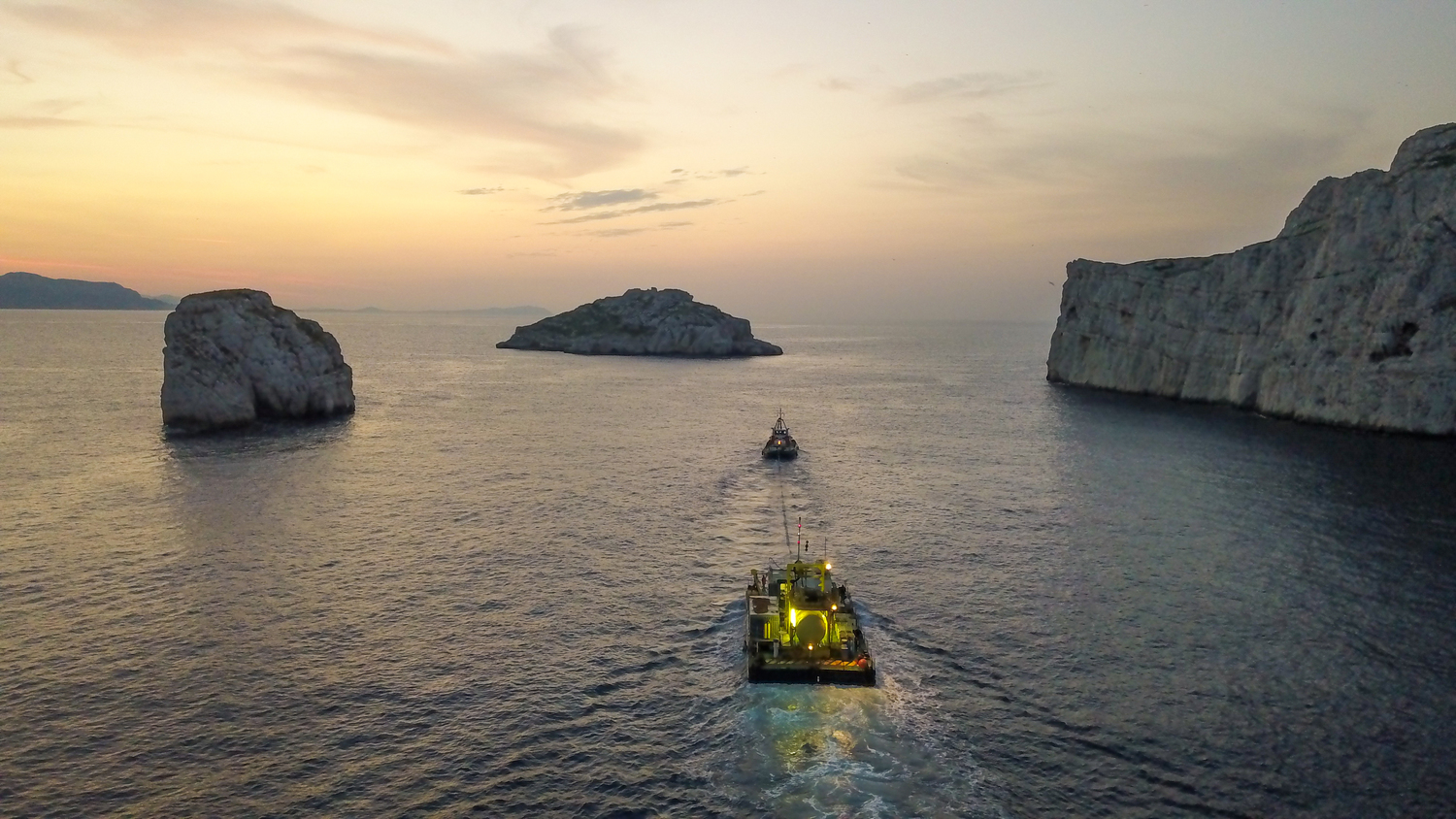 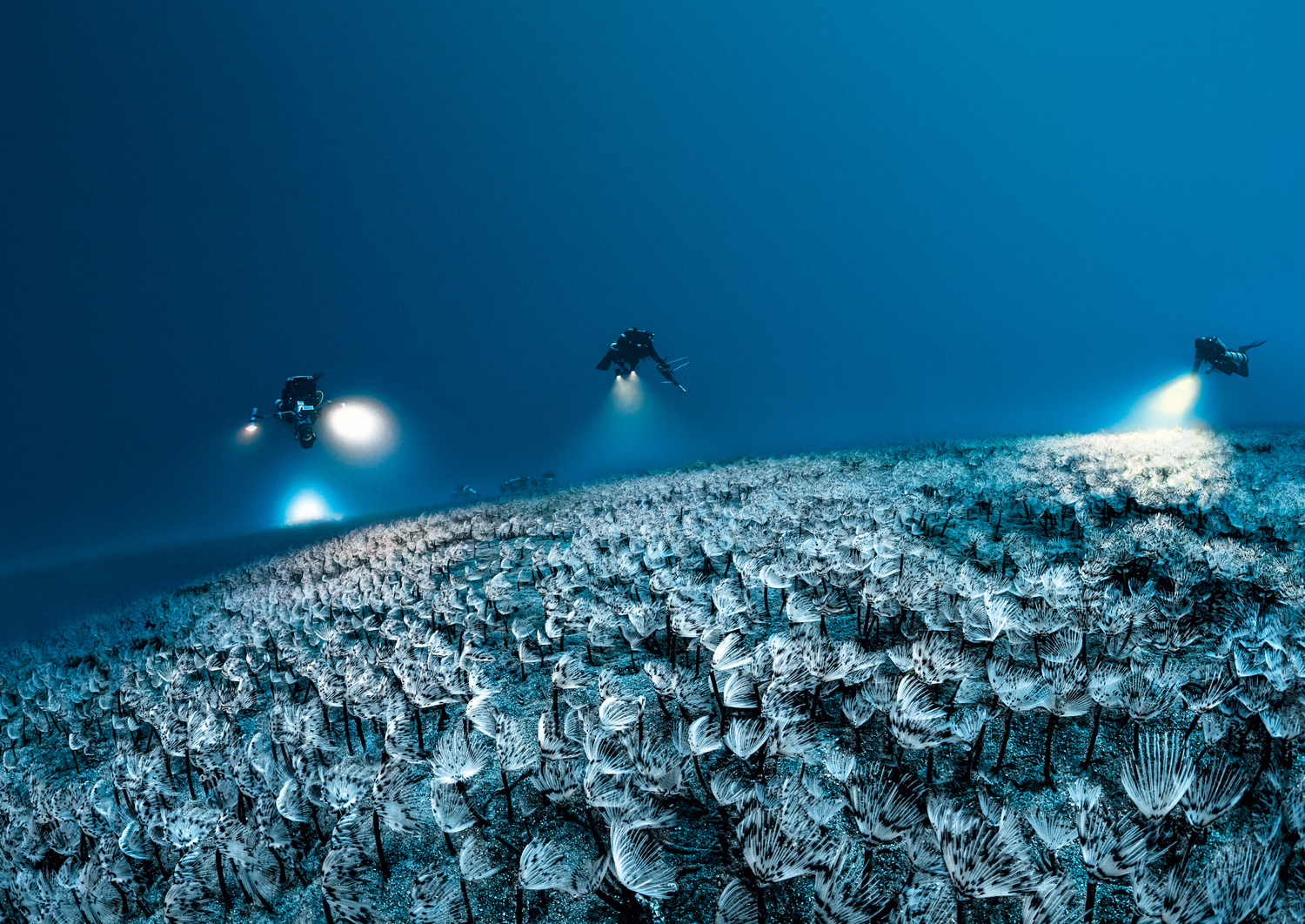 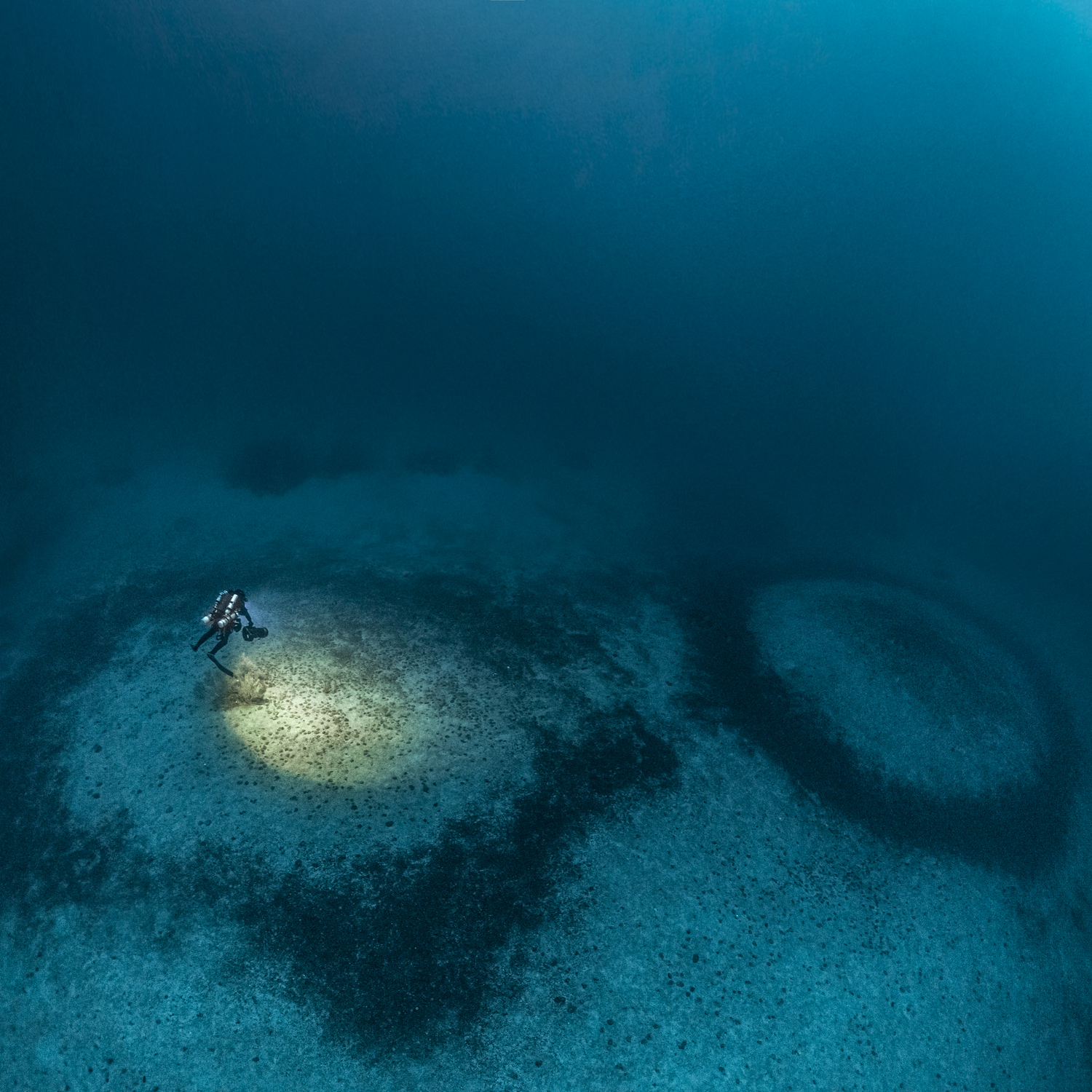 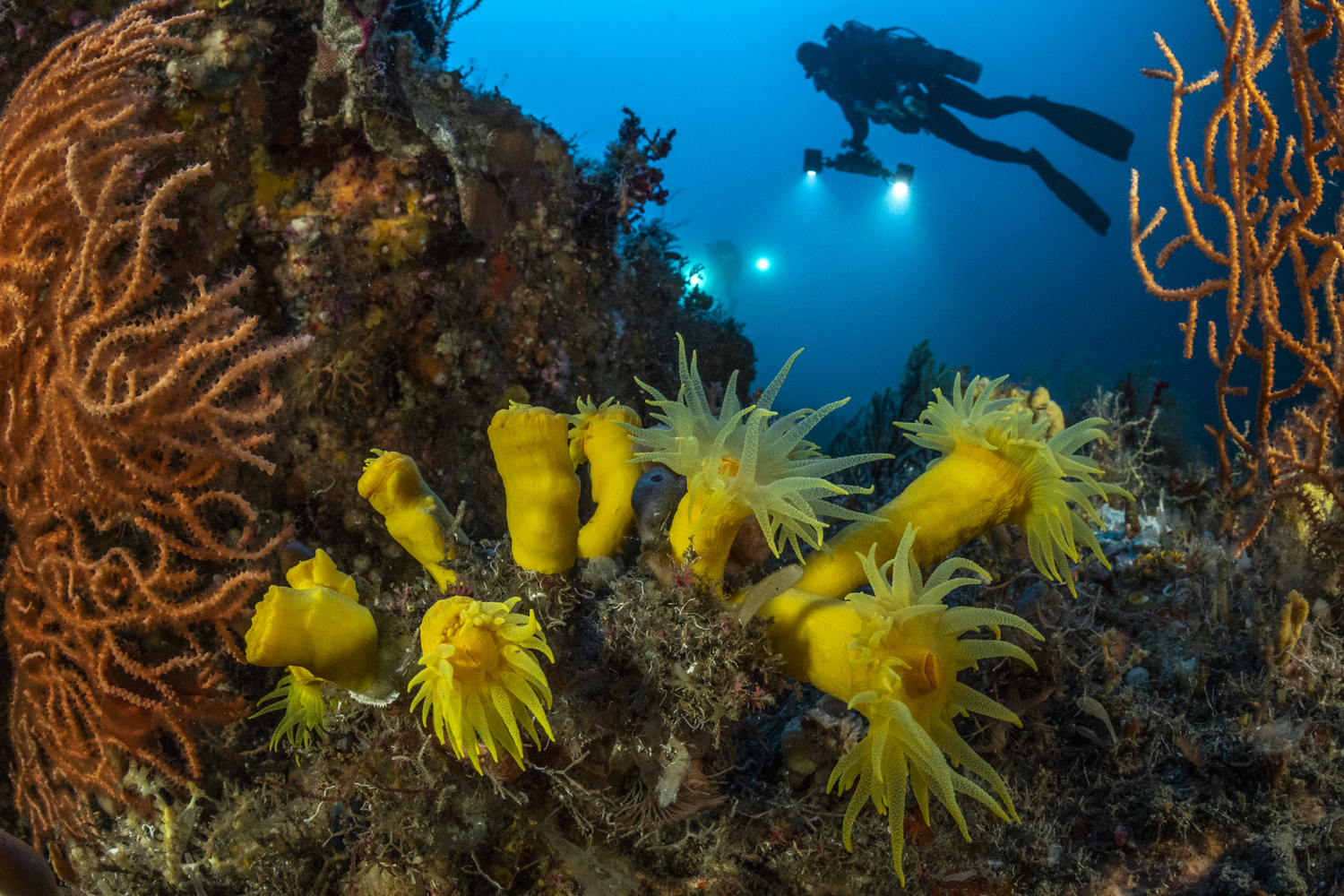 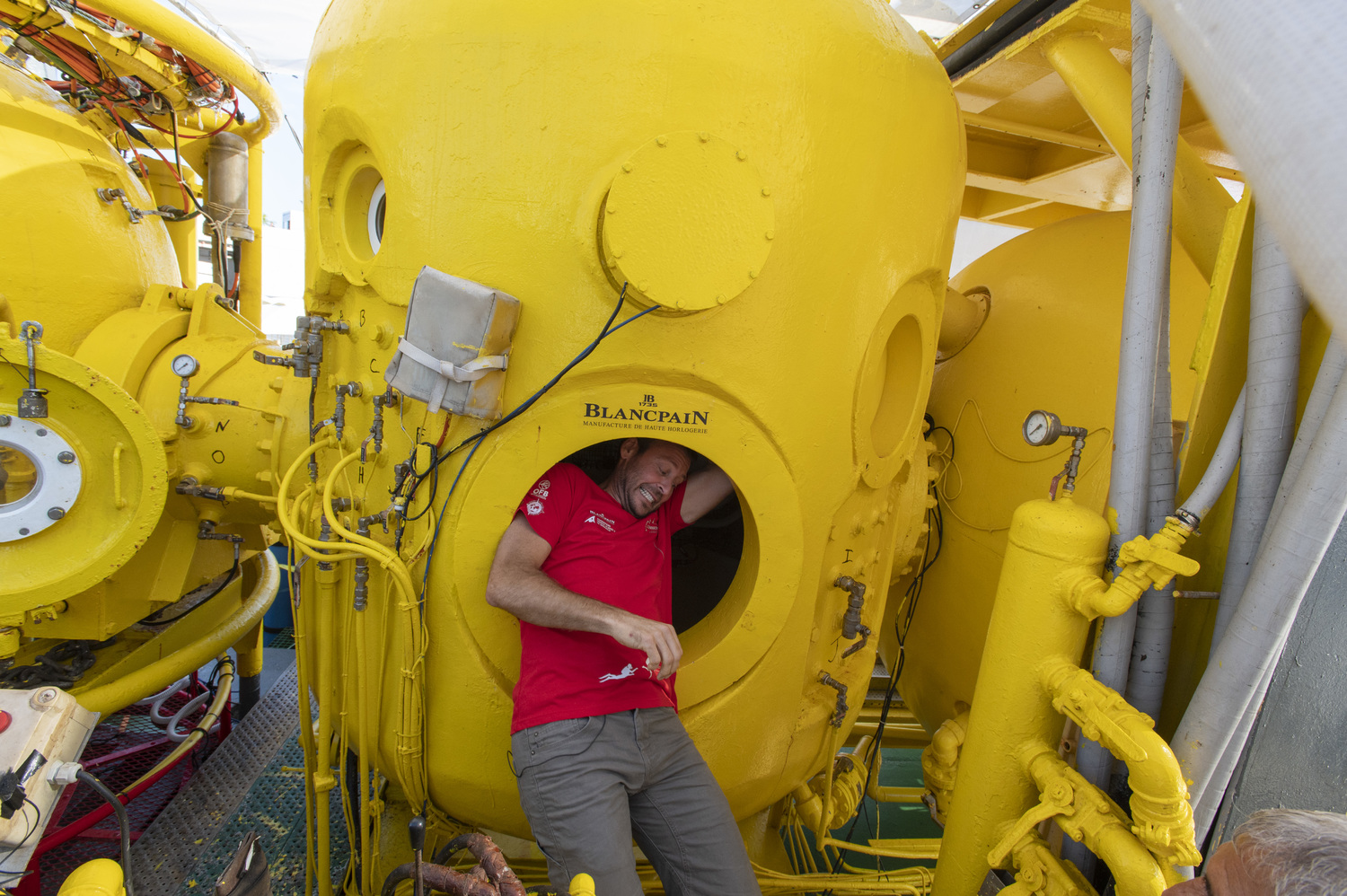