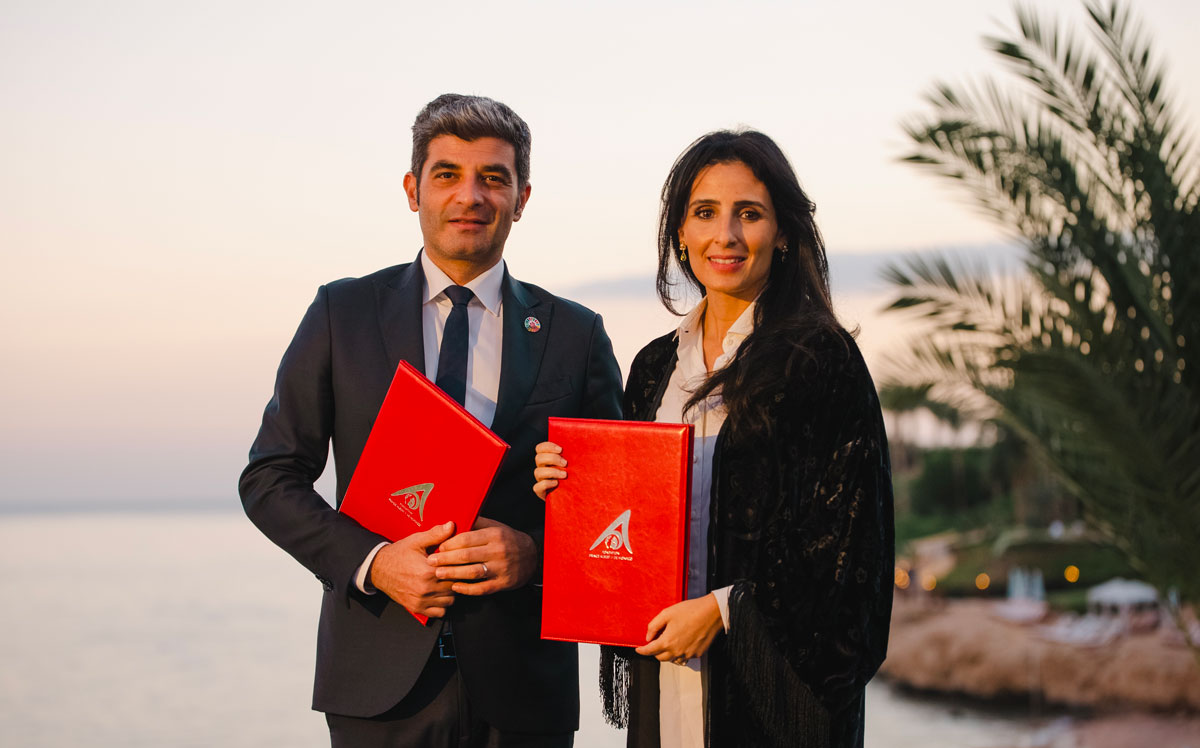 On December 15th, 2022, in the framework of CBD COP15 in Montreal, the Government of Monaco, the Prince Albert II of Monaco Foundation and IUCN officialised the signature of a partnership agreement to support the IUCN Red List of Threatened SpeciesTM with an exceptional contribution of 600,000 euros over the next three years.

Under the leadership of HSH Prince Albert Il of Monaco, the Government of Monaco and his Foundation, both members of IUCN, are committed and active leaders in the fields of climate change and protection of nature. The three entities intend, through this agreement, to strengthen their collaboration towards the achievement of their shared objectives in the area of species conservation.

Established in 1964, the International Union for Conservation of Nature’s Red List of Threatened Species is the barometer of life on Earth. This precious tool is the world’s most comprehensive data source on status of biodiversity on a global scale to inform decision-making and measure progress towards commitments. By drawing an objective cartography of the extinction risk of animal, plant and fungi species, the Red List plays a fundamental role in biodiversity conservation and protection. It provides information about range, population size, habitat and ecology, use and/or trade, threats.

The most recent Red List update, published on December 9th 2022, highlighted dramatic declines in marine life around the world, mainly due to human activities such as unsustainable fishing and by-catch, poaching, criminal networks, pollution, climate change and disease. The contribution given by the Government of Monaco and the Prince Albert II of Monaco Foundation will contribute to the continuous development of the Red List of Threatened Species and will also support the studies conducted by IUCN Species Survival Commission (SSC) specialist groups on sharks, seahorses, pipefishes and sea dragons, providing independent technical and scientific advice to improve the conservation status of these species.

“By providing sound scientific data, the IUCN Red List acts as a compass guiding conservation action globally. We are grateful for the contribution made through this new partnership which will benefit marine species at a time when life in the oceans is undergoing dramatic declines,” said SungAh Lee, IUCN Deputy Director General.

“National and International commitments are needed now more than ever in order to take the appropriate measures of biodiversity conservation and of sustainable use”, recall Ms Isabelle Berro-Amadeï, Minister for Foreign affairs and Cooperation of the Principality of Monaco and member to the IUCN for the Government of Monaco. “The IUCN redlist bring the best science Governments need to act. The Government of Monaco is strongly advocating for an interlinkage between science and policies measures. The financial support to  IUCN RedList assessment comes in addition to other cooperation already undertaken with IUCN and is aligned with our national and international prioritiest.”

Olivier Wenden, Vice President and CEO of the Prince Albert II of Monaco Foundation said that “the Foundation is proud to support the crucial work undertaken by the IUCN over the years and more specifically through the establishment of the Red List of Threatened Species. We are pleased to contribute to improving the state of knowledge on certain marine species that are less studied today due to a lack of funding but are just as important for the balance of ecosystems. This partnership is fully aligned with our mission to protect biodiversity and contribute to species recovery while supporting science. ”

The Government of Monaco and the Prince Albert II of Monaco Foundation have been jointly mobilised for many years for the safeguard of the bluefin tuna and the Mediterranean monk seal, which led to two successful stories of species recovery. They also have a long-lasting commitment in advocating for the protection of the ocean, the conservation of marine species and the sustainable use of marine resources. HSH Prince Albert II of Monaco has been one of the IUCN Patrons of Nature since 2011.

The Red List update reinforces IUCN’s urgent call for a Post-2020 Global Biodiversity Framework ambitious enough to halt the destruction of nature –  an urgent call for a greater sense of responsibility towards nature that is shared by the Government of Monaco and the Prince Albert II of Monaco Foundation at the international level to ensure a sustainable future for us all.

About IUCN, International Union for Conservation of Nature

IUCN is a membership Union composed of both government and civil society organisations. It harnesses the experience, resources and reach of its more than 1,400 Member organisations and the input of more than 15,000 experts. IUCN is the global authority on the status of the natural world and the measures needed to safeguard it.