On 22nd November 2022, the Prince Albert II of Monaco Foundation, in collaboration with the Department of National Education, Youth and Sport, organised a conference in the auditorium of the Lycée Technique et Hôtelier de Monaco, to present the mission that will take place from 1st December 2022 to 4th February 2023 on the Franco-Italian research station Concordia, in Antarctica, jointly managed by the French Polar Institute and the Italian PNRA (Programma nazionale di ricerche in Antartide).

Students from the STI2D (Sciences and Technologies of Industry and Sustainable Development - Energy and Environment Option) from the Lycée Albert I as well as a class of Seconde and two groups of Première level specialities (Physics and SVT) from the Lycée François d'Assise-Nicolas Barré learned in detail about the objectives of this mission, which is supported by the Prince Albert II of Monaco Foundation within the framework of its actions linked to integrated water resource management.

The project, led by the FGWRS company (Firmus Grey Water Recycling System), in collaboration with the French Polar Institute Paul-Émile Victor and the European Space Agency (ESA), aims to optimise the grey water recycling technology on the Concordia station, which has been in use since 2005 and has so far saved nearly 5 million litres of water (kitchen, shower, washbasin and washing machine water treated and recycled for the same uses). A new ultrafiltration membrane will be tested during this mission and the team will start research work related to the treatment of black and yellow water in connection with technologies developed by ESA.

Mr. Justin Sargenti, a former student of the Principality, graduate of the École Nationale Supérieure d'Architecture de Strasbourg and doctoral student in the architecture of hostile environments, was chosen by the Foundation and trained by FGWRS to leave with the technical and research team, some of whose members will remain at the station for 9 months to continue maintenance and experiments.

"Our process was initially set up for the European Space Agency to recycle shower and condensation water for long-duration space flights, and it has already been operating successfully for over 17 years on the Concordia research station. Today, we are pursuing research to further optimise its efficiency, which currently allows us to save up to 50% of our daily drinking water consumption."

"the protection of freshwater ecosystems and the sustainable management of water resources are major challenges of the 21st century. The project carried out by FGWRS, supported by the Foundation, contributes to improving the processes aimed at preserving these resources. The tests, carried out in a polar environment or in an orbital station, are intended to lead, in the long term, to the development of solutions for our daily lives."

"We wanted to support the promotion of this extraordinary experience because of its interest and high ecological value, but also because the sharing of experience is a valuable tool for the educational process. Perhaps this mission will give rise to future vocations among students!"

Justin Sargenti's sharing of his experience, a few days before his departure, has indeed aroused the interest and curiosity of the students. Passionate about photography and polar environments, his expedition to the Arctic, thanks to the Students on Ice* competition in 2015, led him to focus on the protection of the poles and life in a hostile environment during his studies:

"Ever since my expedition to the Arctic in 2015 following the Students on Ice competition with the Prince Albert II of Monaco Foundation, my dearest dream was to set foot on the Antarctic continent. Today, thanks to FGWRS and its work on the Concordia scientific base, I have been offered the opportunity to live there for two months, which is beyond anything I could have ever dreamed of and motivates me to continue working on polar environments and their preservation."

Ms Aude Sonneville, Head of the Communication Department at the French Polar Institute, presented the Institute's missions and the specificities of the Concordia station.

Mr Pierre Magnes of FGWRS, a MonacoTech alumnus, spoke as the project coordinator for the Prince Albert II of Monaco Foundation. In particular, he explained to the students the functioning of the membrane developed by Mr Jean-Christophe Lasserre, technical manager of FIRMUS, the originator of the process implemented on the Concordia research station and designer of the membrane pilot (already in Antarctica) which will be tested by Mr Justin Sargenti.

Finally, Mr Philippe Mondielli, Scientific Director of the Prince Albert II of Monaco Foundation, stressed the importance of this type of scientific approach, which develops innovation while respecting the environment and offers a concrete approach to science.

As part of the communication planned by the Prince Albert II of Monaco Foundation on social networks throughout Mr Justin Sargenti's mission, a videoconference will be organised with pupils in January, with the help of the French Polar Institute, live from the Concordia station, 1,600 kilometres from the South Pole. The classes that took part in this first meeting will be able to discuss with Mr Justin Sargenti and the other members of the mission team, scientists and engineers from the station.

Finally, a report on the mission is planned for March, at the launch of the Students on Ice 2023 competition during Monaco Ocean Week.

*Students on Ice: since 2010, this programme has enabled young students from all over the world to take part in an awareness-raising trip to the polar regions, accompanied by educators and scientists. Each year, the Prince Albert II of Monaco Foundation, in partnership with the National Education, Youth and Sports Department, supports the competition and selects the two winners from the Principality's Première classes who will join the Students on Ice association for a two-week trip to the Arctic.

FGWRS contributes to the preservation of drinking water resources in a true circular system that recycles grey water and saves energy at the same time. The system works by using membrane technology and processes to treat grey water as soon as it is collected. The FGWRS® recycles more than 80% of the grey water that can be reused in showers, sinks and many other water features in a home. Coupled with an energy recovery system, it recovers 70% of the energy in the grey water (present in the grey water calories). The FGWRS® technology is the result of the know-how of FIRMUS France, which is committed to an active approach to sustainable development thanks to innovative processes and the quality of the partnerships established with manufacturers who share its values.

The French Polar Institute is the agency of means and skills at the service of scientific research in the polar regions. Its mission is to implement scientific projects in polar environments whose specificities require adapted skills and technologies.

Concordia is a Franco-Italian station located in the heart of Antarctica and operated by the French Polar Institute and the Programma nazionale di ricerche in Antartide.

The European Space Agency is Europe's gateway to space. Its mission is to shape the development of European space capabilities and to ensure that European citizens continue to benefit from the investments made in space.

ESA is an international organisation with 22 Member States. By coordinating the financial and intellectual resources of its members, ESA can undertake programmes and activities that go far beyond what any of these countries could achieve individually. 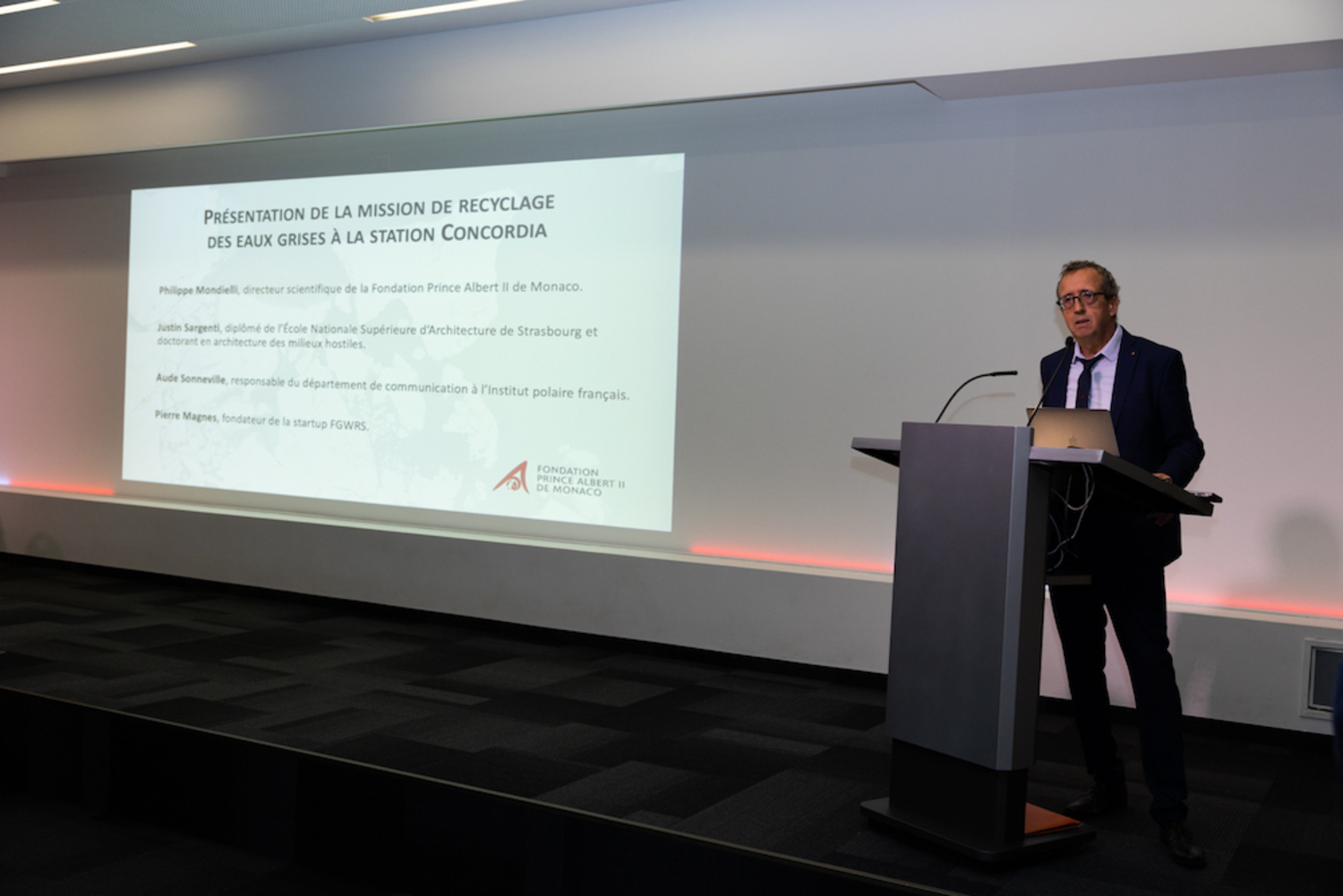 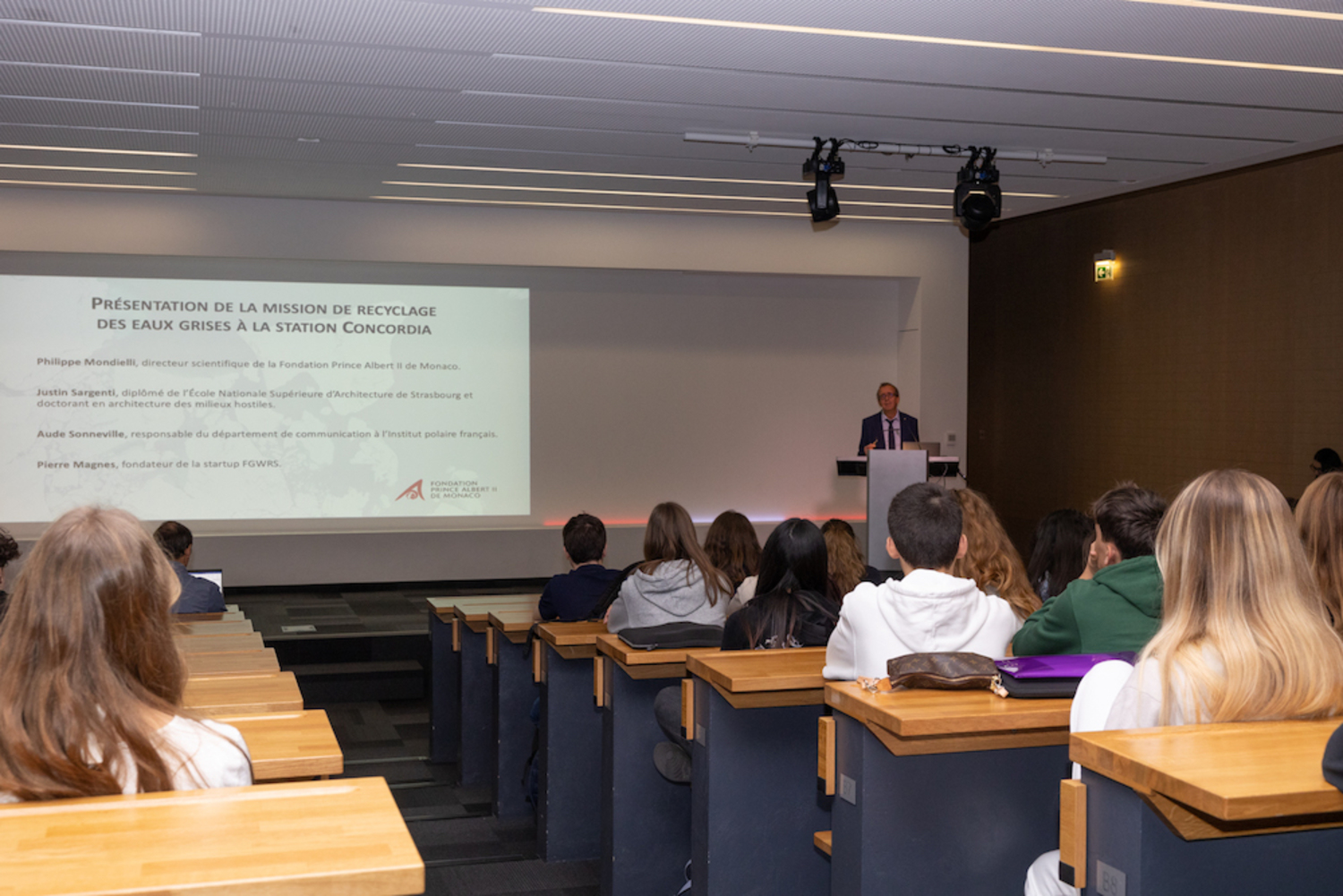 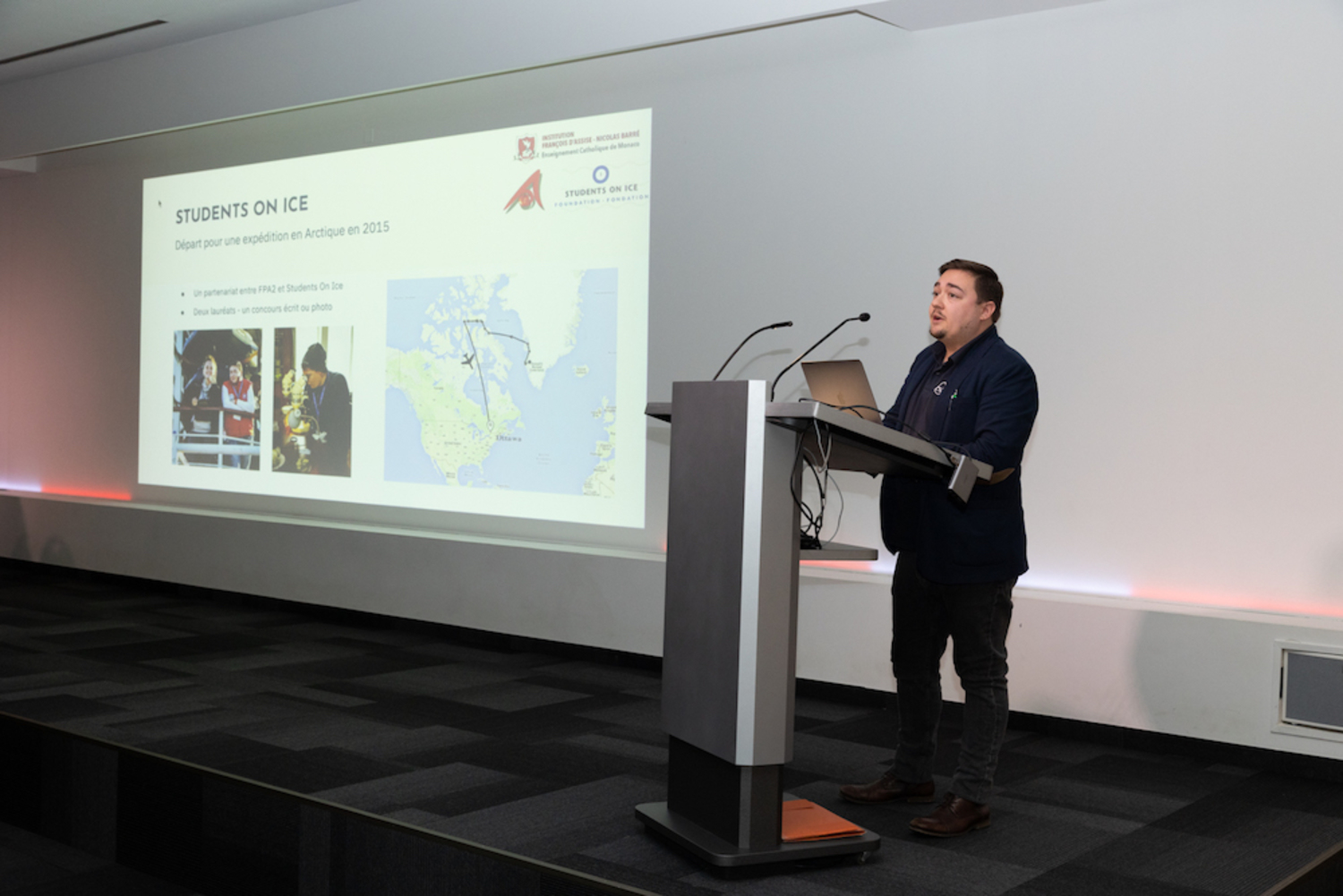 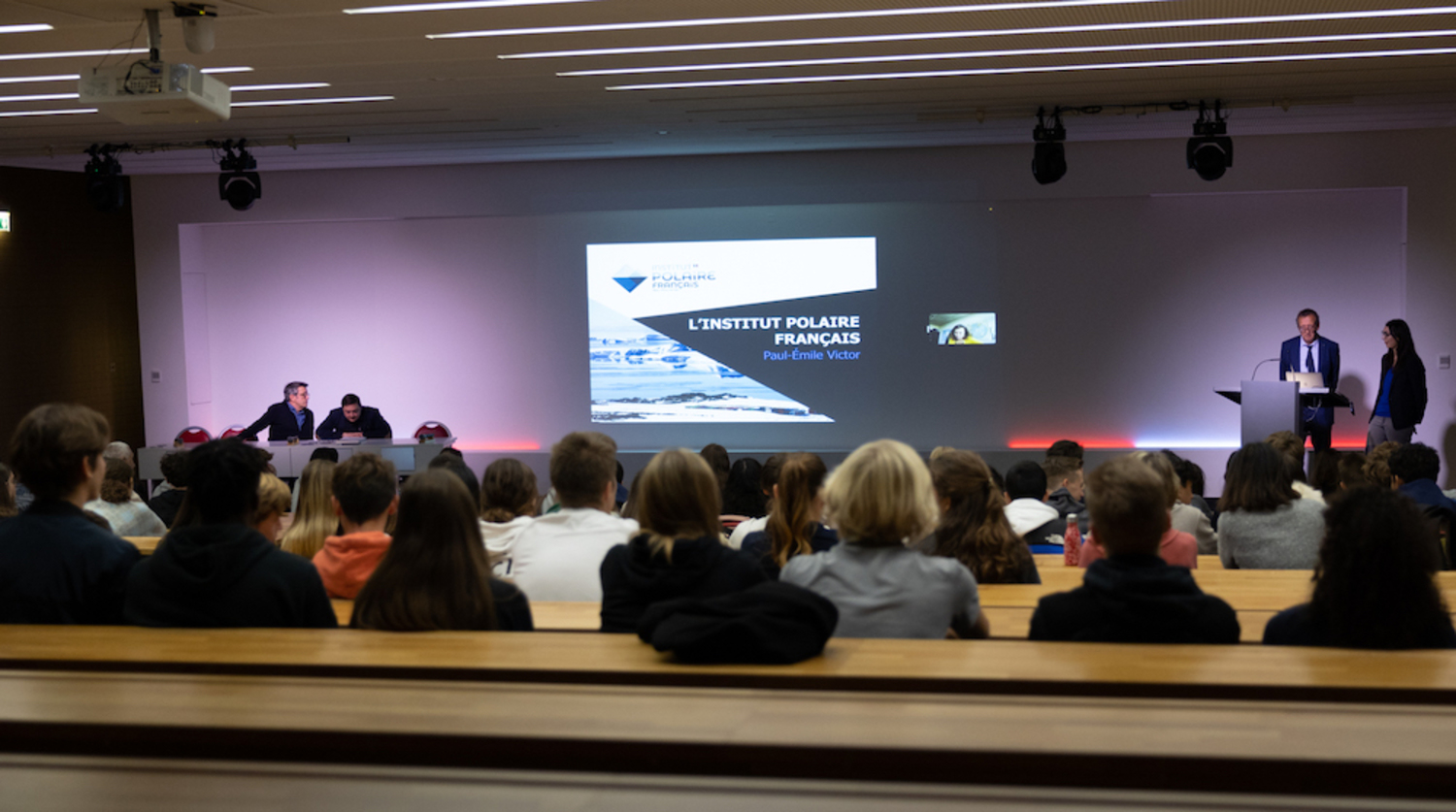 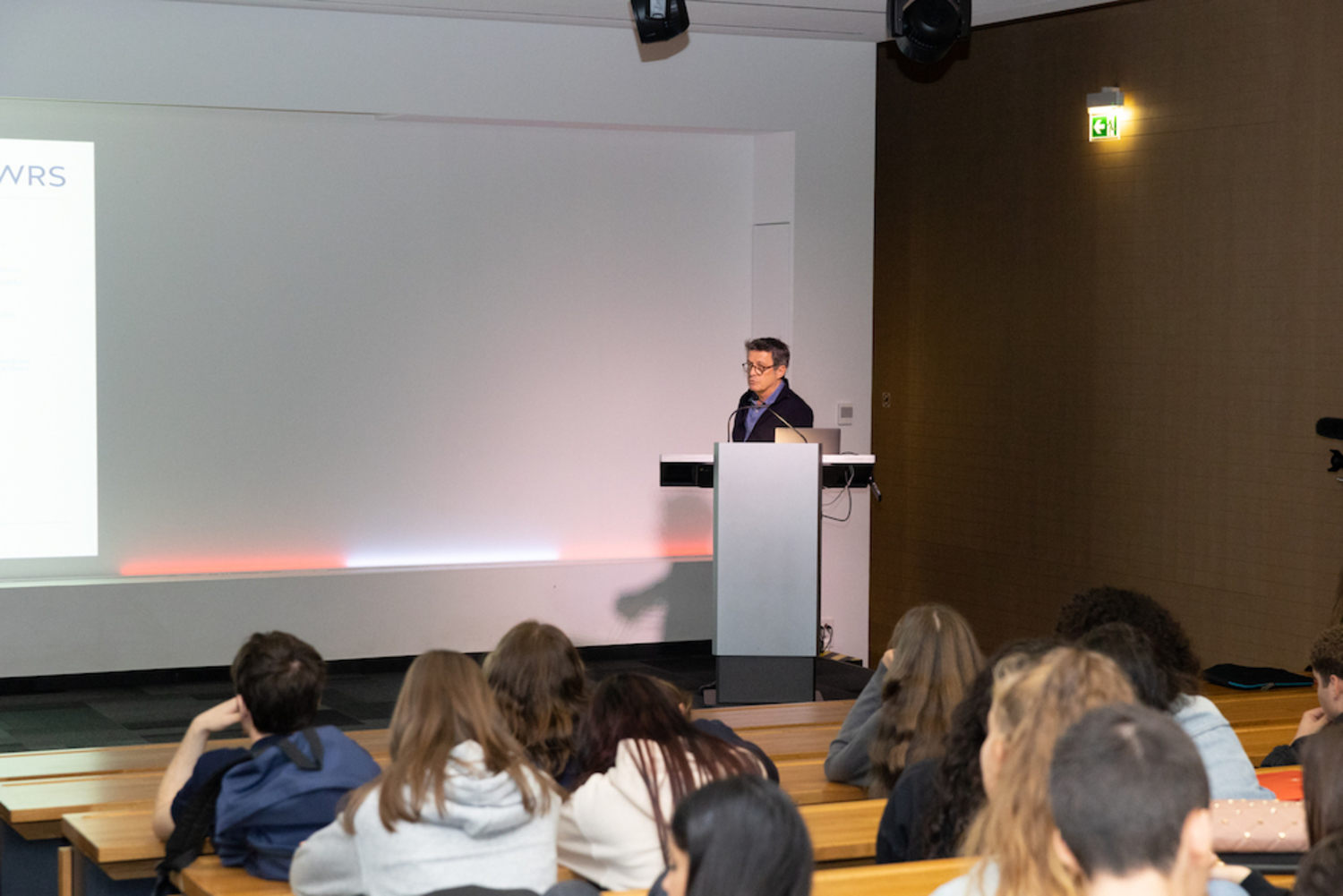