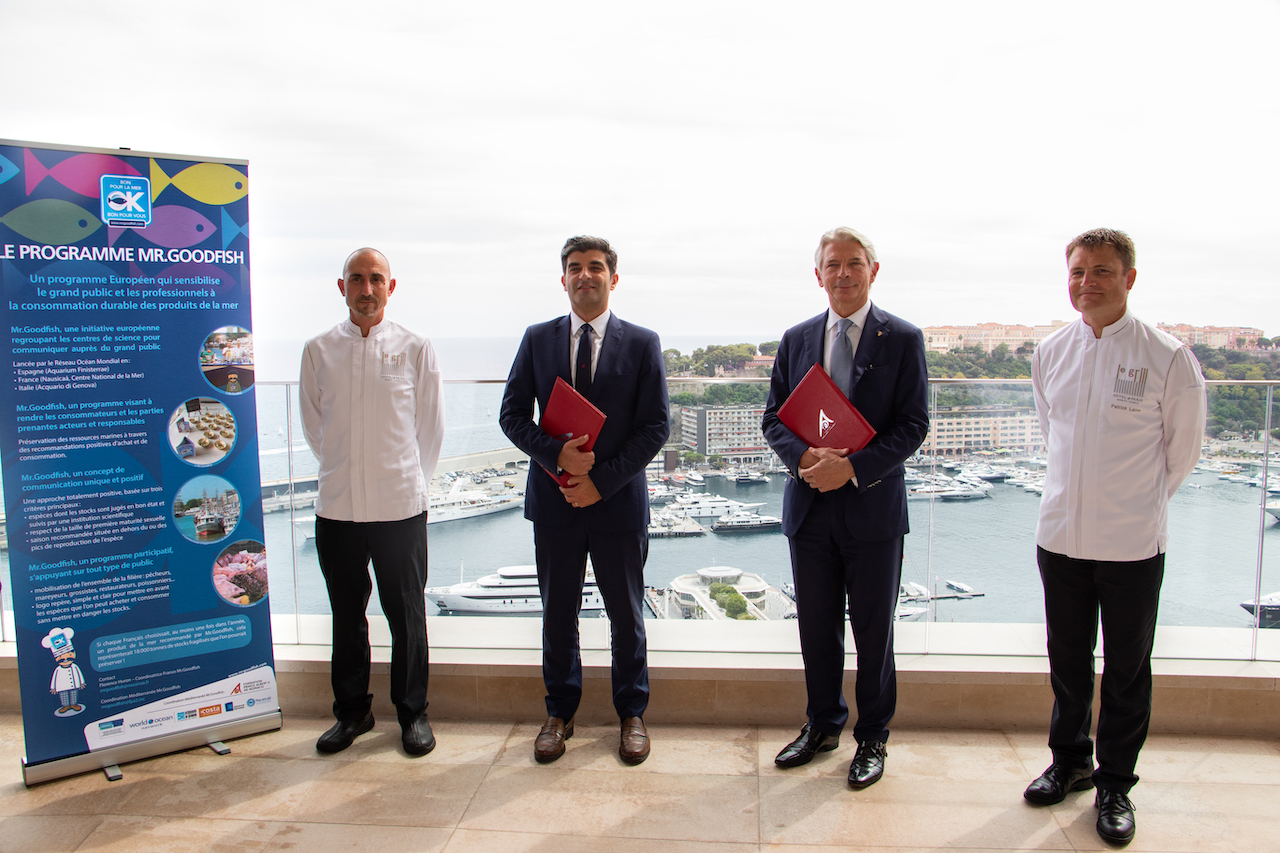 The Mr.Goodfish programme is a noble cause for the Hôtel de Paris Monte-Carlo restaurants.

“Like other Société des Bains de Mer establishments, it seemed vital to us to participate in the Mr.Goodfish programme to preserve our marine species alongside the Prince Albert II of Monaco Foundation.” Our objective should be a shared one: to promote a shift in mentalities and awareness of the importance of preserving our planet at all levels,” said Ivan Artolli, Managing Director of Hôtel de Paris Monte-Carlo.

Launched in 2010 under the aegis of the Nausicaa aquarium, the Mr.Goodfish programme was born of a simple observation: today, too many fish species are overly consumed and threatened with extinction while many others are barely known, abundant and, above all delicious. The Prince Albert II of Monaco Foundation has co-ordinated the Mr.Goodfish programme in the entire south-east region of France and Monaco since 2013, further to its commitment to preserving marine species. It is for this reason that the Hôtel de Paris Monte-Carlo has committed to the noble cause.

All the Hôtel de Paris Monte-Carlo restaurants under the aegis of Executive Chef Franck Cerutti are committed to promoting on their menus the species of fish that are specifically recommended on the Mr.Goodfish lists. This spirit of sustainable fishing will find its place on the menus of the hotel’s restaurants. This is a genuine commitment pledge. The Mr.Goodfish indication will be added to the menus as well as an icon signalling the dishes that are part of the programme.

The metamorphosis of the Hôtel de Paris Monte-Carlo, with the completion of renovations in 2018 was accompanied by an increasingly strong commitment to sustainable development. This commitment was rewarded in 2019 by the prestigious Green Globe certification, which recognised all the sustainable and environmental actions that had been put in place in the hotel.

As a continuation of this approach, joining the Mr.Goodfish programme was an obvious choice for the Hôtel de Paris Monte-Carlo. The restaurants’ increasingly demanding international clientèle are aware of the importance of responsible gastronomy that takes into account the preservation of marine species.

This commitment is part of the environmental and sustainable approach that Monte-Carlo Société des Bains de Mer has been applying since 2007, notably with the implementation of its own environment charter and more recently signing the national energy transition pact in January 2019. Furthermore, after this unprecedented health crisis period, it is primordial for the Resort to continue to put in place in its establishments a policy of sustainability and respect for the environment.