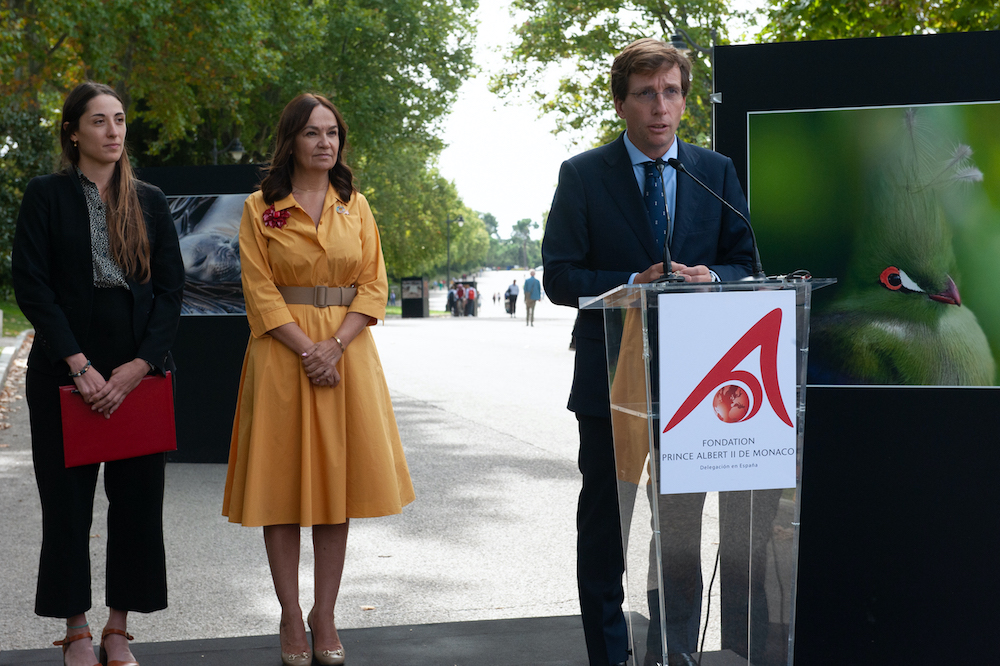 The Prince Albert II of Monaco Foundation's photographic exhibition "Humanity & Wildlife: crossed destinies, shared territories" was inaugurated on Wednesday 28 September 2022 in the Buen Retiro Park in Madrid by Mrs Carol Portabella, President of the Foundation's Spanish branch, in the presence of the Mayor of Madrid, Mr José Luis Martínez-Almeida.

Also present at the opening ceremony were: Ms Myriam Arras, coordinator of the Foundation's "Human - Wildlife" Initiative and Mr Philippe Mondielli, Scientific Director; prominent members of the Advisory Board of the Spanish branch of the Foundation, Mr Pablo Melendo, HE Ms Catherine Fautrier, Ambassador of Monaco to Spain and Mr. Philippe Guillaumet; Ms Elena Vázquez, responsible for intangible heritage, industrial heritage and cultural landscape at the Sub-Directorate General for the Management and Coordination of Cultural Heritage, representative of the Minister of Culture, Mr Miquel Iceta; as well as representatives of entities linked to the Prince Albert II of Monaco Foundation.

Now open to the public until 23 October, the exhibition, set up in the heart of Madrid, aims to raise awareness among both the population and public institutions about the impact of human activities on our environment and promoting a more balanced development. The issue of human-wildlife cohabitation requires us to think more responsibly about the future of humanity.

During the event, Ms Carol Portabella led a guided tour of the exhibition with Mr José Luis Martínez-Almeida and Mr Philippe Mondielli, covering its different themes: "Incredible Wildlife", "Wildlife in Crisis" and "Reasons for Hope".

Mr José Luis Martínez-Almeida thanked the Foundation for holding the exhibition in Madrid, after its presentation in Monaco in 2021 and its subsequent visit to Rome and San Marino, and pointed out

"the fundamental role of the Foundation since its creation in 2006, which has carried out many projects that are part of one of the main concerns we have today, in large cities but also in a more general way, that of combining development with sustainable policies; in this case, the preservation of biodiversity or coexistence with different animal species. This type of exhibition encourages knowledge and better knowledge is the shortest route to greater awareness.”

The President of the Prince Albert II of Monaco Foundation in Spain, Ms Carol Portabella, noted that

"culture and art are powerful tools for raising awareness and therefore for transformation. Through the exhibition, the Foundation wishes to highlight the importance of finding a balance in the coexistence between man and wildlife, because inevitably, the quality of our life on this planet, our health and well-being, are directly linked to the survival and health of the biodiversity that surrounds us".

Carol Portabella then thanked, on behalf of the Foundation, the city of Madrid and its mayor, for having given them the opportunity to present the exhibition "Humanity & Wildlife: crossed destinies, shared territories" to the people of Madrid in such a unique place as the Buen Retiro Park.

"We know that the future of humanity is deeply linked to that of the species with which it coexists. For there can be no future in a devastated, deserted and polluted world that has lost its biodiversity. These photos convey a message of hope, together we can still act effectively if we join forces to limit the effects of climate change and promote the resilience of ecosystems.”

Taking as its title the name of an initiative of the Foundation, the exhibition features the 46 finalist photographs of the first edition of the Environmental Photography Prize, launched in 2021, on the occasion of the Foundation's 15th anniversary.

After its inaugural presentation in the gardens of the Casino in Monaco in June 2021, followed by its Italian stops in Rome and San Marino, the exhibition is moving to Spain for the first time with the aim of raising awareness among both the public and the institutions about the impact of human activities on our natural environment and thus promoting more responsible and committed behaviour. 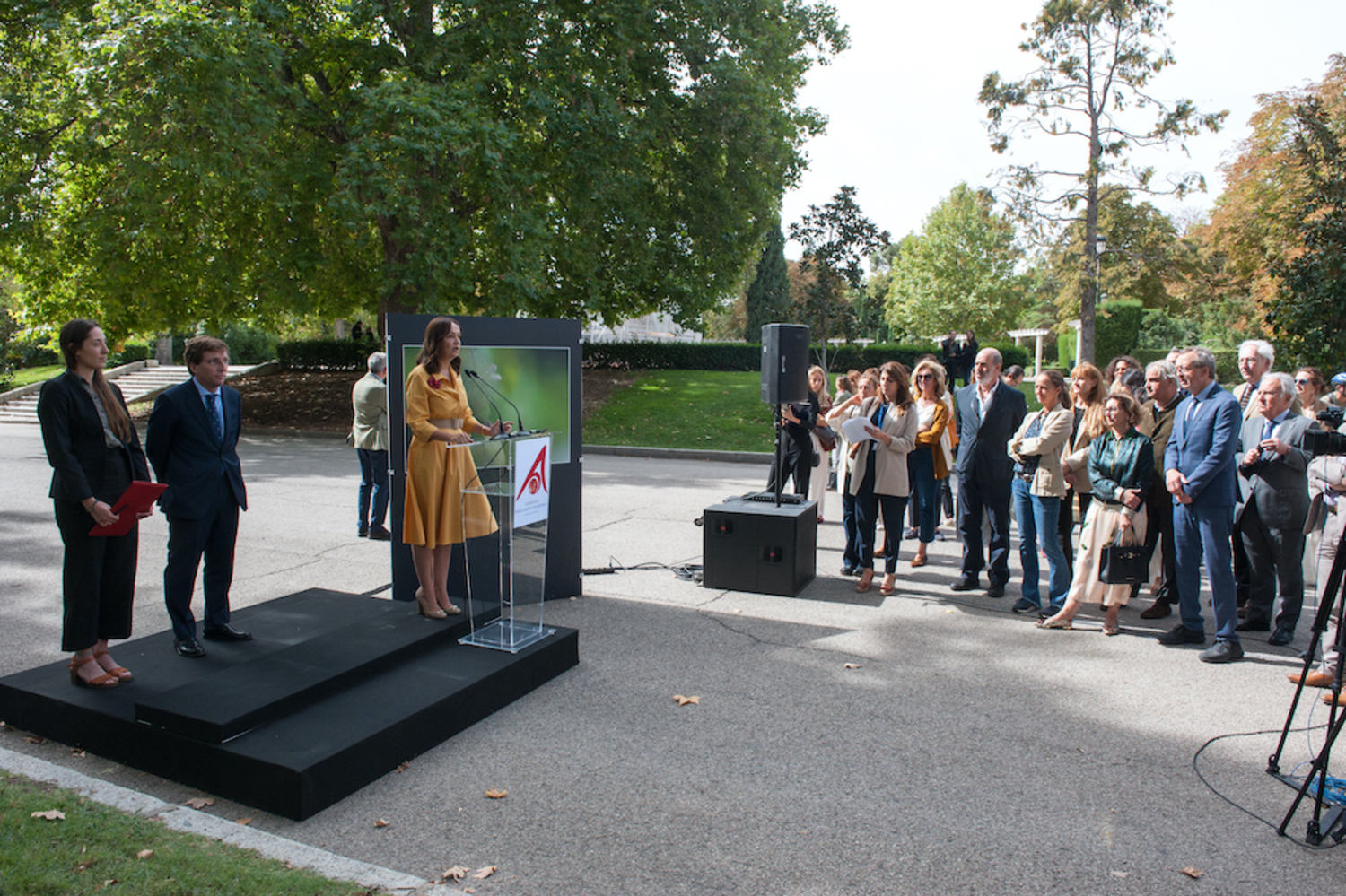 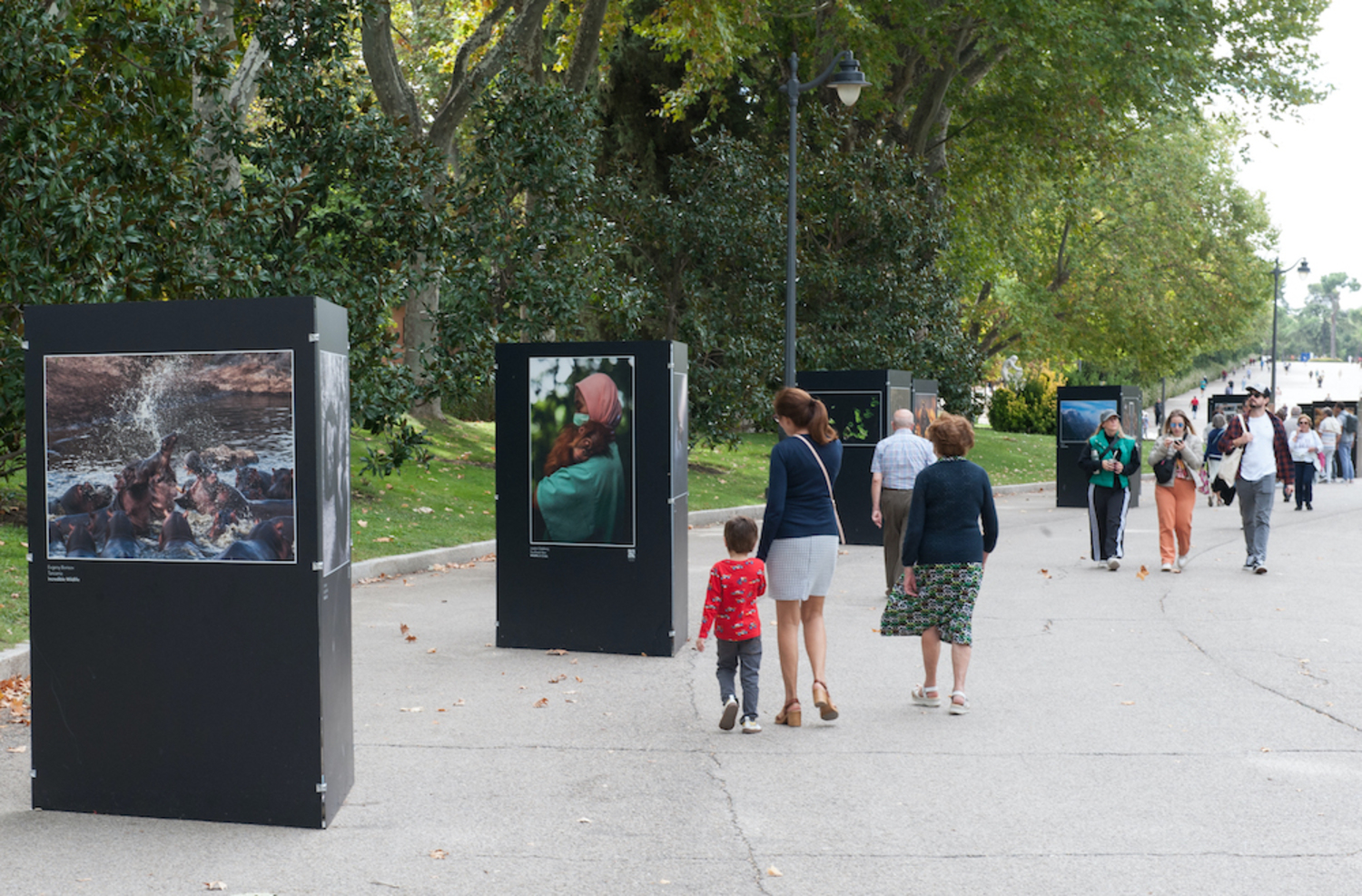 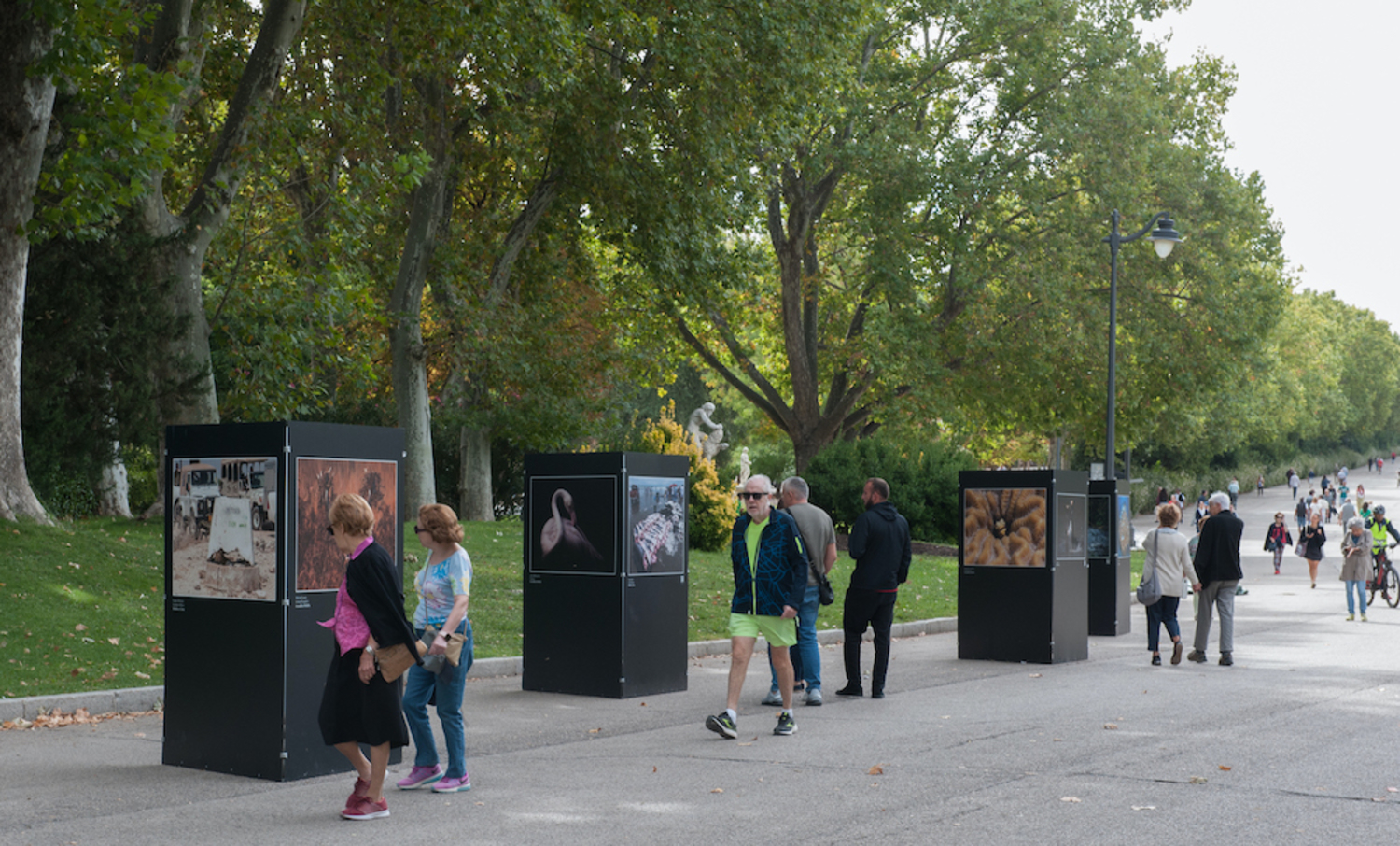 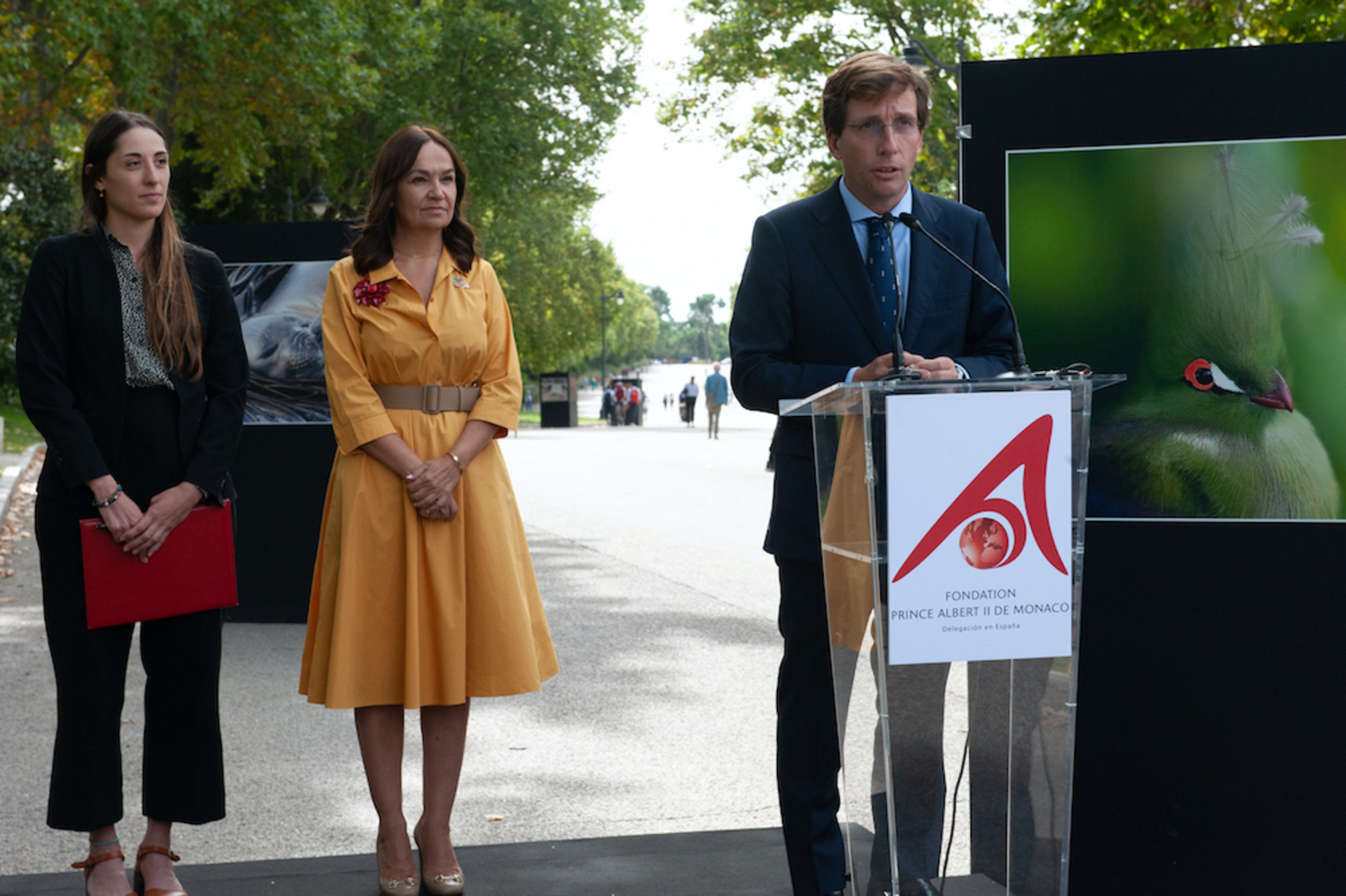